An annual painting competition has been launched as a legacy left by Dora Montegriffo, a Gibraltarian who dedicated her life to teaching and had a deep love of art.

The competition is open to middle school pupils and is being organised by the representative of Mrs Montegriffo’s estate.

The first edition is currently taking entries, to be submitted to the Head of Art at each student’s school with a closing date of January 13.

There will also be prizes of £25 of art materials for any commended pieces.

Although there is no specific theme for the competition this year, students are encouraged to draw inspiration from Mrs Montegriffo’s own works, which can be viewed at www.doramontegriffo.org/

Winners and commended pieces will also be posted on the website. 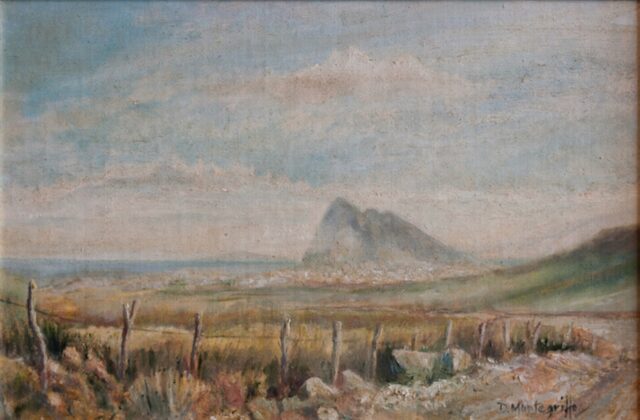 Mrs Montegriffo started her schooling at Loreto Convent in 1939 but was evacuated to London at the outbreak of WWII, where she continued her education at St Aloysius Convent School in Clarendon Square for the next four years.

As an only child, she had to look for ways to entertain herself and painting was what she most enjoyed.

Her talents were spotted by her school friends who would ask her to illustrate their autograph books.

After the war, she returned to Gibraltar where she attended Brympton School, a private school which had been established in 1920 primarily for the children of officers and officials in the naval, military and civil services and which had re-opened shortly after her return to the Rock.

There, her interest in art was encouraged by the head-teacher, Miss E.M. Simpson, the well-known Gibraltarian artist Leni Mifsud, who gave her private art lessons, and Mr Brinton-Lee when he was the area and stayed at hacienda ‘El Almendral’ in San Roque.

A lover of music too, Mrs Montegriffo was encouraged to take up art as a profession but was concerned about the lack of security which a career as an artist offered.

She took up teaching instead, which provided security and allowed her to pursue art, albeit in education.

She started as a student teacher with the Department of Education in 1951 and obtained a government scholarship the following year. 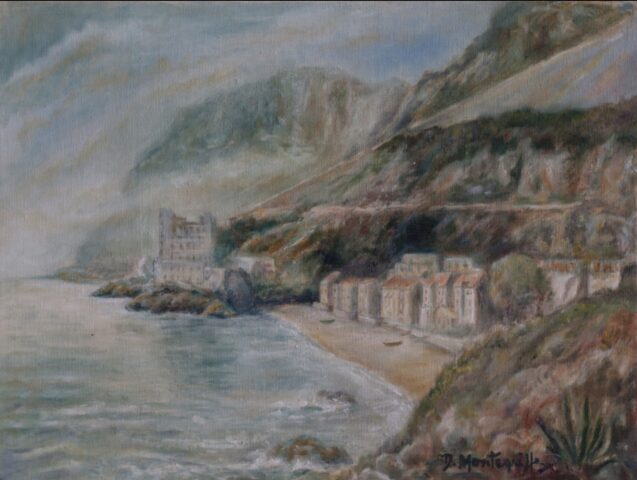 She trained as a teacher at Digby Stuart College in Roehampton - now part of the University of Roehampton - where she chose art as her specialist subject.

During that time and due to shortage of money, many of her paintings were painted on practice paper which has meant that a number of them have deteriorated over the years, although some have survived including ‘The College Ruins’ and ‘Roehampton Common’.

She obtained an Art Teacher’s London University certificate which, in 2017, was upgraded to the degree of Bachelor of Education.

After completing her studies, Mrs Montegriffo returned to Gibraltar where she started teaching at Castle Road School, later becoming its head-teacher.

She then moved to St Mary’s Middle School as head-teacher and remained there for the rest of her career.

The school was originally located at Johnstone’s Passage but later moved to what is now Prior Park School, where Mrs Montegriffo ended her career in 1985.

Several of her works are currently on display at Prior Park School and many others can be viewed online at the competition website.

Mrs Montegriffo was always proud that St Mary’s was the first Middle School to have a library and of the record number of her students who were successful at the eleven plus examination and obtained places at the grammar school.

After retiring in 1985, she dedicated her free time to painting and travelling to visit art galleries, including her favourite, the Musée d’Orsay in Paris, with its collection of French impressionist masterpieces.

She also enjoyed photographing sceneries which caught her eye and which she would then paint.

On March 18, 1991, she held her first exhibition, which was opened by the then Chief Minister, Sir Joe Bossano.

Her style of painting was described in this newspaper as “conventionalism with a touch of impressionism”.

She was impressed by Claude Monet’s style and particularly liked ‘The Japanese Footbridge’, prompting her during a visit to Paris to take a photo of the bridge to paint it from a different angle.

Other painters she admired were Joaquín Soroya and Diego Velázquez.  She was particularly impressed by the way Soroya captured the light and Velázquez’s techniques and carefree style.

Mrs Montegriffo was not impressed by modern art but understood how it could be appealing to the eye.