Gibraltar Literature Week has hosted a variety of school talks and workshops this week and authors were invited to be a part of the event and speak to different year groups.

The UK-based author Ele Fountain addressed Westside and Bayside’s Year 8 cohort, telling them stories about her writing and what inspires her.

Using her first book, Boy 87, as the main focus, she drew attention to global issues such as immigration and refugees. 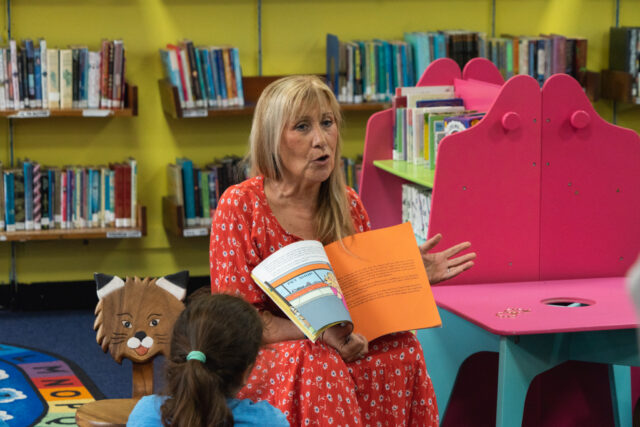 Ele also ran workshops at Bayside and Prior Park on how to focus on the early stages of developing a story, the characters, the plot and writing the first line.

Teacher Karim Vatvani proved popular with the younger pupils as he focused on his latest children’s publication, ‘The Chorizo Monster of Catalan Bay’, with a stimulating and animated storytelling session.

Mr Vatvani dressed up as an Eskimo in a reference to his previous publication. 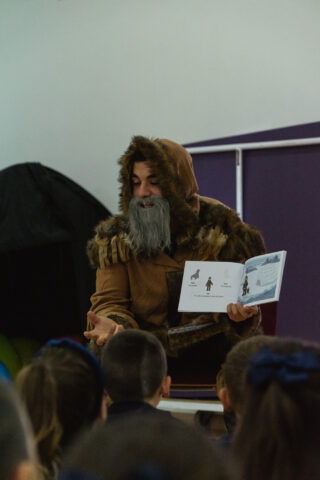 He provided a nostalgic look at traditions relating to life on the Rock, contrasting life for young people in the 50s and 60s with today’s.

Former teacher and storyteller Corinne Massetti entertained with her original story ‘They Clapped’.

She also encouraged them to write and illustrate their own stories with some examples of her own work on recyclable materials.

Eleanor Taylor Dobbs workshops focused on illustration and stories, with the artists using Beatrix Potter characters as a focus, and reproducing the Harry Potter Hogwarts Crest with a distinctly Gibraltar twist as another of her ideas.

Julian Felice delivered a hands-on workshop, carrying out a number of exercises to help the students come up with an idea for a play and to give them an opportunity to develop characters, plot and dialogue.

Jared Cruz, who has recently completed his first novella as part of a mentorship scheme with Gibraltar Cultural Services, reflected on his experiences and journey and spoke about the value of this programme.

The latter, who recently launched her children’s book based on her chihuahuas, provided fun entertainment for the children.

Gibraltar Cultural Services thanked all the authors and contributors involved for their support, and the schools for their involvement.