By Sarah Marshall
While planes are parked on runways and ships tethered indefinitely to docks, the only way to travel right now is from your living room.

In the absence of any tourists, many attractions, safari lodges and tourist boards have created a selection of live streams, virtual tours and 360-degree images, allowing us to cross international borders and bypass passport control through the wonders of the world wide web.

It took Phileas Fogg 80 days to circumnavigate the planet. Follow our itinerary to do it in a matter of hours. 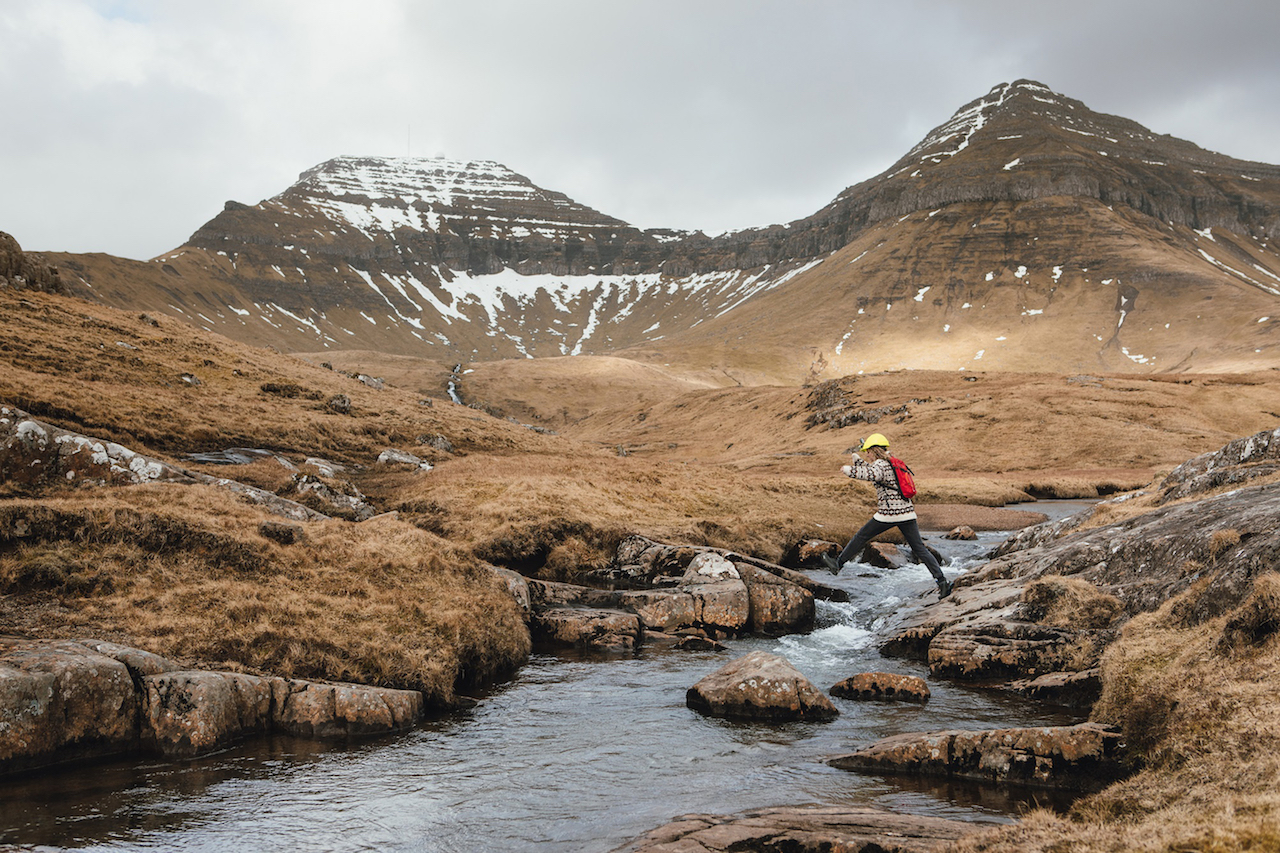 1. Live like a local in the Faroe Islands
A remote, windswept archipelago, where waterfalls tumble from velvety green cliffs, the Faroe Islands is Game of Thrones territory. Blurring the lines between fantasy and reality, the national tourist board has launched an ingenious virtual tour, where at-home travellers have the freedom to direct an islander in real time.

Use the keyboard to make your human avatar turn, walk, run – and even jump – as they explore epic landscapes by foot, boat, helicopter and horseback. Guides will share information about the 18 islands and answer any questions.

How does it work: Visit remote-tourism.com for updates. Join a queue to control the guide or sit back and enjoy the tour.

2. Dance all night to Berlin’s best DJs
“And those who were seen dancing were thought to be insane by those who could not hear the music,” wrote 19th century philosopher Friedrich Nietzsche. Perhaps that’s what the neighbours might think if they spot you leaping around the living room to one of Berlin’s United We Stream DJ sets.

Refusing to press pause on their mixers, the German city’s famous clubs are holding virtual parties, and everyone is on the guest list. The first live broadcast from Watergate united 70,000 lone clubbers, all moving to the same beats.

How does it work: Visit en.unitedwestream.berlin for a list of upcoming events.

3. Take a sky safari above Namibia’s deserts
The epitome of wide, open space, Namibia provides welcome relief when the walls are caving in. Epic dunes stretch for thousands of miles in a landscape that’s ever-shifting, and at night, constellations light up the sky like fireworks.

It would take weeks to cross the country by road; from your armchair, it’s possible in less than an hour. Using interactive 360-degree images, rise above the mind-boggling 300-metre sand ridges in Sossusvlei and survey every Deadvlei, a salty clay pan filled with the brittle, blackened skeletons of acacia trees.

How does it work: Visit airpano.com/360photo/Namibia and select a tour. 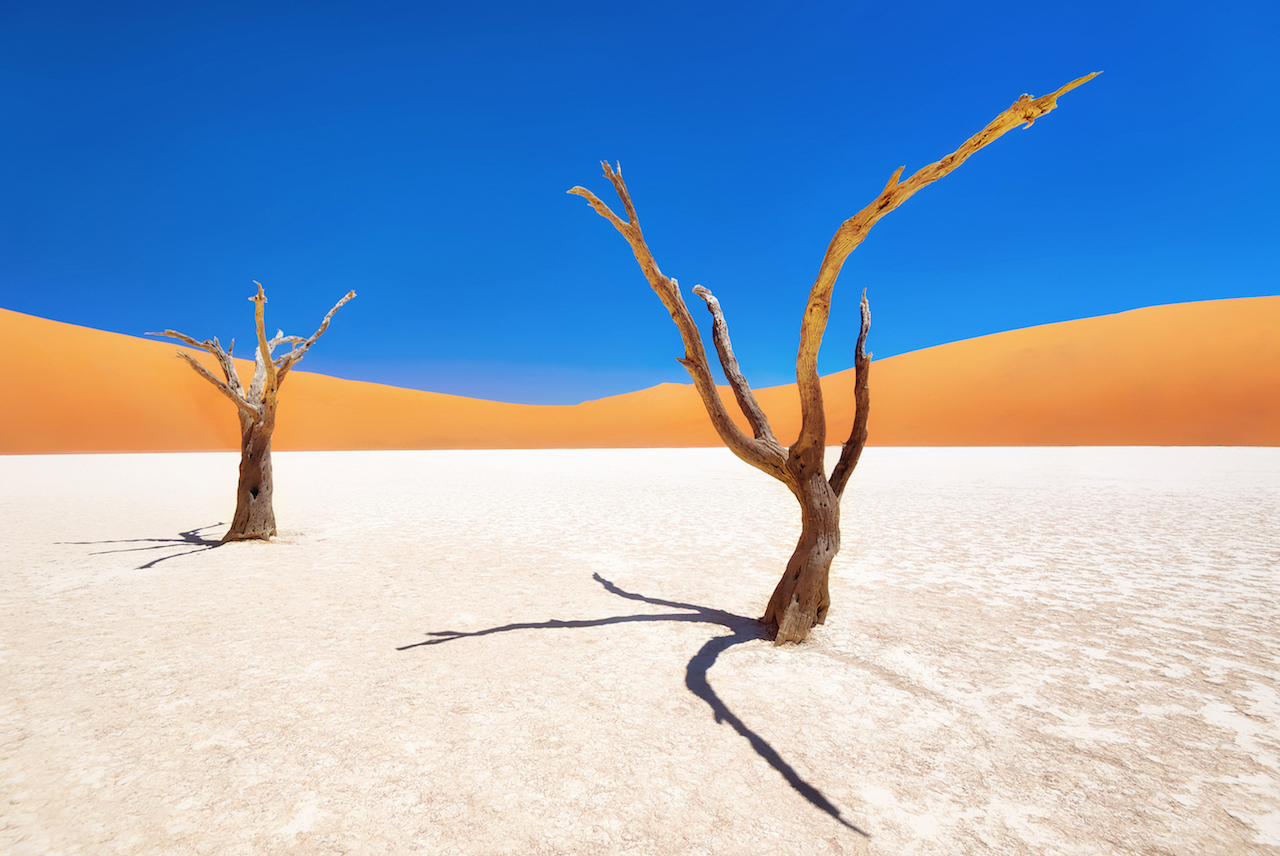 In recent drives, they’ve tracked wild dogs and followed a lion pride. Future highlights include a walking safari and potentially seeing a leopard and her two new cubs emerge from their den.

How does it work: Visit @VirginLimitedEdition on Instagram every Monday at 3.30pm.

5. Zipwire through Dubai’s skyscrapers
Sunny, shiny and effervescing with energy, there’s no shortage of attractions to keep visitors entertained in Dubai – even during lockdown.

The gleaming emirate has produced a detailed, interactive 360-degree map, which allows the user to nosy around five-star hotel lobbies, explore cultural museums and zoom along a zipwire from the Princess Tower. You can even window shop for luxury sports cars or meander through malls.

How does it work: Visit Dubai360.com and use the mouse of keyboard to explore.

Manta rays, turtles and octopus inhabit the fringing reefs. In winter (June–October), even humpbacks cruise past.

Best of all, you don’t even have to get wet to learn about the wildlife; Lady Elliot is the only island on the world-famous chain with a license to conduct reef tours by foot. Join guides as they wade through shallow lagoons in search of starfish and other oddities. Divers and biologists will also be sharing stories about marine ecology.

7. Learn to dance at an Argentinian milonga
The music of Carlos Gardel spills from crumbling doorways in Buenos Aires’ historic San Telmo district, providing a soundtrack for suave dancers locked in a dramatic embrace.

Seductive and sensational, tango is an apt expression of its birthplace, so if you really want to scratch beneath the city’s surface, it’s worth learning some of the footwork. Join a live streaming e-lesson with tango school Tanguito and learn some moves to put into practise once social distancing comes to an end.

How does it work: Lessons take place every Wednesday (7pm and 8pm) and Sunday (2pm and 3pm); additional solo workshops on Tuesdays (12.30pm) and Fridays (7pm and 8pm). Visit tanguito.co.uk/live. You’ll need to register to be sent a live streaming link. The 45-minute lessons costs £8.
(PA)