This article is the fourth in our series Impressions of Italy and will dwell on our visit to Siena.

It’s a crisp, clear spring morning and we are sitting on a cold, stone bench opposite of the Duomo of Siena. I have a napkin resting on my guide book, trying to sketch the extraordinary facade of the church. We make a habit of salvaging any unused restaurant napkins, pocketing them and carrying them around until needed for notes or drawings.

We have been doing this everyday of our stay in this almost pristine medieval city. Florence and Venice are much grander, more varied and cosmopolitan; Siena is compact, inward-looking, and almost untouched by the humanistic flair of the two artistic capitals. Here, the spirit of the middle ages has matured and flourished. There has been little attempt to emulate the classical age; the worship of the human form has not dictated what sculptors and painters create. Was this Siena’s defiance of the Florentine hegemony, a force which they have contended with from the early days of their history? The Battle of Montaperti still resonates in the hearts and minds of the citizens of this proud city: it was the only time they routed the Florentines! 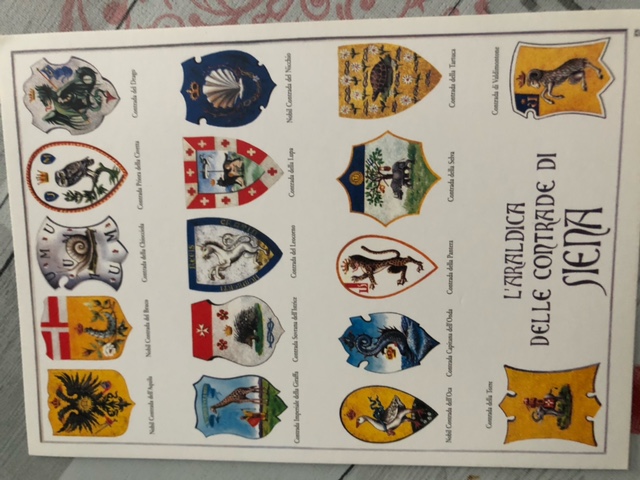 Urban planning in Siena could not be more geometric or elegant: a central piazza, called the Campo, represents the heart of the city. A warren of narrow, winding, usually sunless streets radiates from this central square, one of the most spacious and expansive in all Italy. The Campo, as everybody knows, is the setting for the Palio, the horse race which defines Siena in the minds of many tourists. Barbara once had an argument with such a tourist who maintained the Palio was put on to attract tourists. We tried to disabuse her of this mistaken notion: the Palio is deeply embedded in the Sienese psyche; the tourist element in just a by-product of the excitement the event generates.

Moreover, the Palio is only a reality because it is an expression of the rivalry and competition which exist between the different wards into which the city is divided. The ‘contrade,’ as they are called, are one of the most inscrutable and hence fascinating aspects of social life in Siena. A ‘contrada’ combines elements of the social club, religious confraternity, neighbourly meeting place, and debating society. To mark special occasions, members of a ‘contrada’ set up tables in the streets of their district, hold open air parties and form religious processions. At night packs of drummers roam the otherwise silent streets, nearly always ending up in the Campo, ‘facendo bando, battendo cassa’, claiming space by making noise. 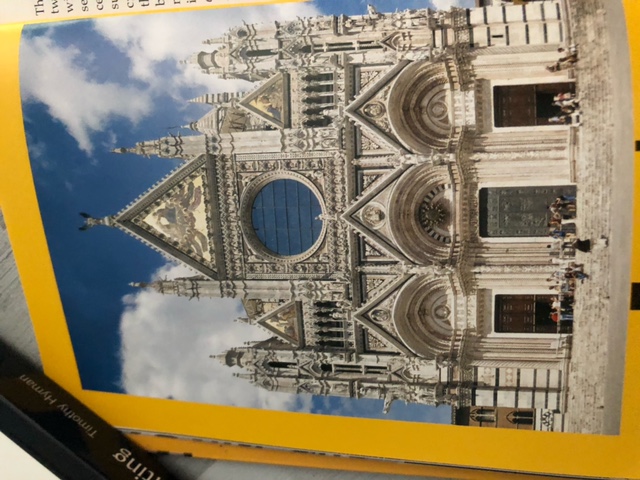 Each contrada has its own chapel, museum, meeting hall, emblem and motto. The symbols are found on plaques which dot the streets. They include exotic fauna and esoteric drawings. Among the animals used are the unicorn (Contrada del Leocorno) and the elephant bearing a tower on its back (Contrada della Torre).

I’ve mentioned the elephant with the tower last advisedly. We were staying in a very quiet hotel, Villa del Sole, with a breathtaking, panoramic view of the western side of Siena. The morning sun bathed the terracotta stone of most of houses and public buildings spread out in front of us. There were very few guests staying; in fact, there were a few days when we were the only guests. After a tiring day walking and climbing the intricate maze of streets (there is no traffic to talk about in Siena), we lay down our weary bones for a night’s peaceful slumber.

Around midnight a thunderous drumming filled our room. The cacophony only increased with the addition of percussion instruments, trumpets, loud yelling, singing, and dancing couples yammering and laughing. That quiet building we had admired in our peregrinations around the city and which had looked so empty and abandoned during the day was the headquarters of the ‘contrada’ of the elephant and tower: they were having one of their social gatherings! When we mentioned it to the receptionist the following day, he confessed he had withheld the information in case we took umbrage and left. However, our displeasure vanished when he told us he also lived near a ‘contrada’ club and was regularly submitted to the same outburst of wild music. The ‘contrade’ are an inescapable reality of life in Siena. Though they might disturb your night’s rest, they hark back to the middle ages and are part of the fabric of the city. 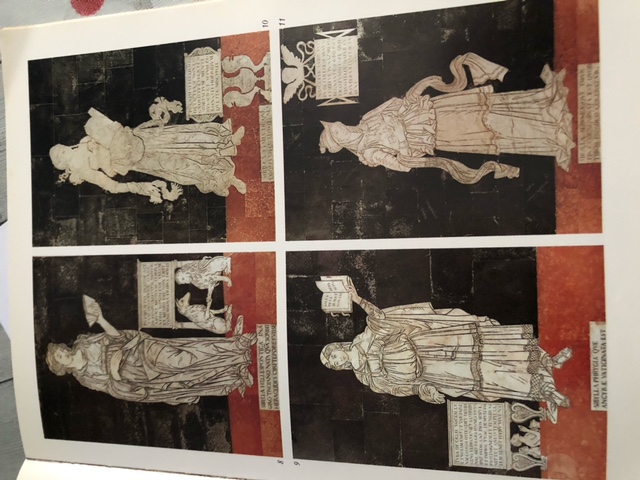 My attempts at sketching the facade of the Duomo (not very successful, I have to admit!) only revealed what an extraordinarily complex and rich front the many artists involved in its design had created. Among the names bandied about in connection with the architecture and building of the Duomo are Giovanni Pisano, Pinturicchio, Donatello and Ghiberti. The experts tell us it combines elements of the Italian Gothic, Romanesque with some classical features. But what is really distinctive about this church is the striking, alternating stripes which make up the tower and nave. Both the exterior and interior are constructed of alternating stripes of white and greenish black marble, with the addition of pink marble on the facade.

And if you think the shell of the building is stunning and eye-catching, you will need to delve deep into your store of adjectives to describe the inlaid marble floor of the nave. The startling sequence starts with geometric patterns, but soon takes off with fifty six panels which include ten sibyls, scenes from the Old Testament, and symbolic drawings. The sibyls are the most fascinating as some are young and beautiful, others old and haggard, supposedly worthy vessels of ancient wisdom. We had never come across the Cimmerian Sibyl before. The presence of these unashamedly pagan prophetesses in a Christian temple can be attributed to their prognostications of the coming of Jesus. But a truly absorbing panel portrays a magnificent Hermes Trismegistus, with flowing beard, conical hat and holding a scroll.

Next week we shall complete our tour of the Duomo with a visit to the Piccolomni Library.