By Sherna Noah
Sir David Attenborough has drawn attention to exotic creatures all over the world but has now highlighted a "gem" closer to home.

The broadcaster and naturalist, 93, declared an exhibition of work by JMW Turner "officially open".

The oil sketches are on display in the only one of the landscape painter's homes to have survived.

Located in Twickenham, south-west London, the house stands near to where the Seven Worlds, One Planet presenter was born. 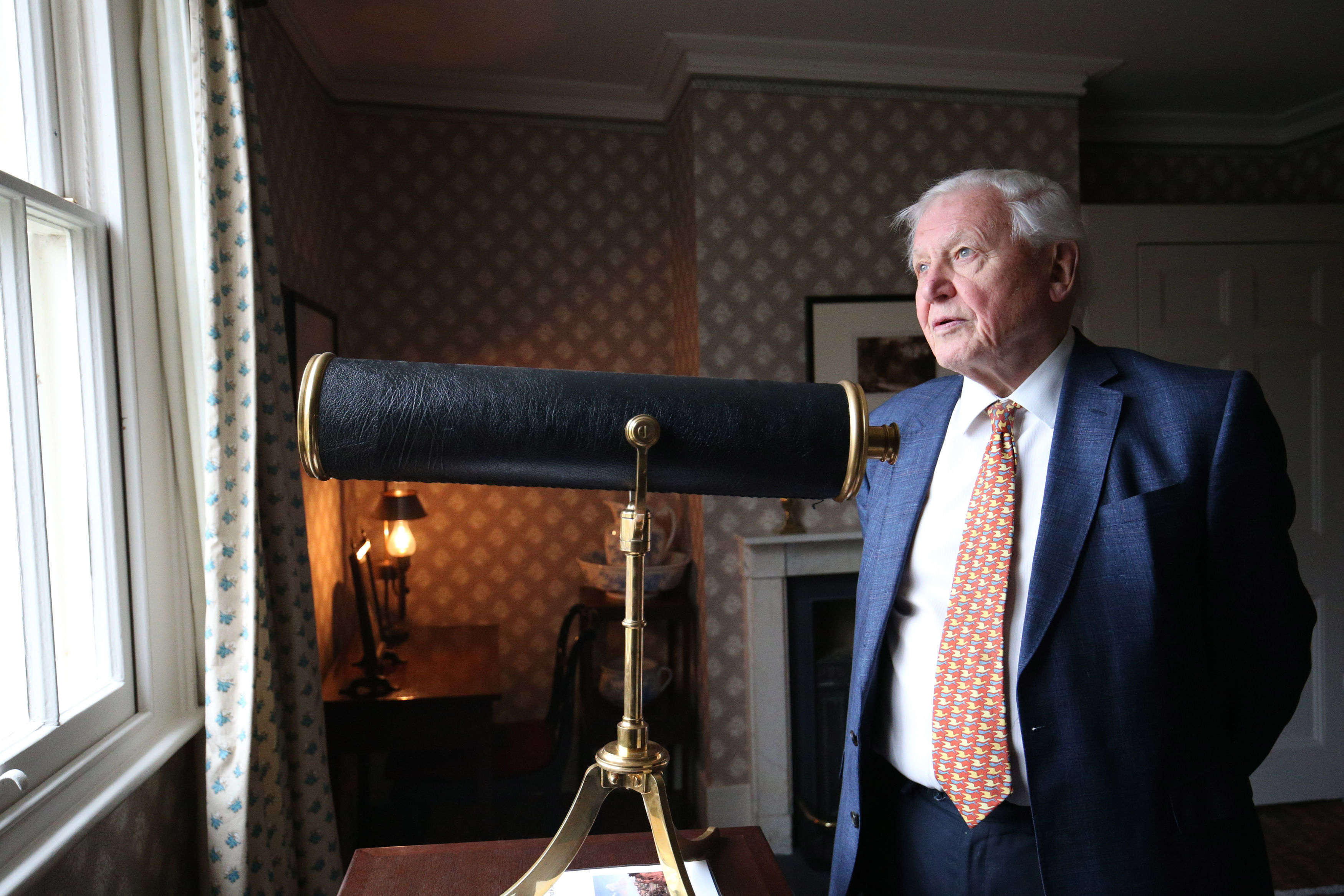 Sir David thanked locals whose efforts helped bring back to life the house designed by Turner which was once derelict.

"I was born in Isleworth quite close to here... I knew that Turner was around here. I never dreamt that there was a hidden gem like this," he said.

"It was hidden because it was rendered on the surface and it had accretions of one sort or the other.

"You could walk up and down Sandycoombe Road all your life and never know that this was once the place of one of the great geniuses of 19th Century painting.

"It is astonishing ... the care, dedication of local people who have rescued this...

"I offer my gratitude to all those people who have done that."

He said of the miniature gallery: "This is a joy and it will become a well-known joy and before you know where you are it may well be swamped. I hope in many ways it will."

Turner bought land in Twickenham in 1807 and the house was completed in 1813.

He had a glimpse of the River Thames from his bedroom window in what was his rural retreat, where he stayed with his father.
He wrote poetry in the house and went fishing on the River Thames.

The exhibition features paintings he did of the river although not while living in the house.

Turner was born in Covent Garden and also lived in Hammersmith, Brentford and Chelsea.

Sandycombe Lodge was in a state of disrepair before it reopened its doors to the public in 2017, following a major grant from the Heritage Lottery Fund.

-Turner And The Thames: Five Paintings is on display at Turner's House, Twickenham until March 29.