SNAG donates £10,000 of equipment to schools

The Special Needs Action Group (SNAG) are donating £10,000 worth of equipment to local schools, with all the items aimed at helping students with disabilities and the school’s educational team such as Special Educational Needs Co-ordinator (SENCO).

SNAG reached out to mainstream schools as well as St Martin’s and asked them for their wish list as to what they might require for children with special needs in their school. 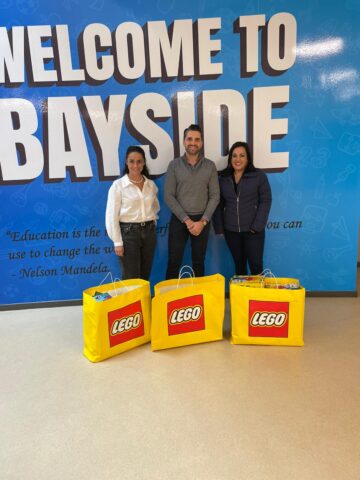 Bar a few items all the schools wish lists were filled.

“We want to make sure that children with special educational needs have the equipment and the things they need in their educational setting,” said Dhalia Cuby from SNAG.

“For example one school we spoke to said Lego therapy was huge and they told us one of the children needs a lot of Lego. And they were about to buy it themselves from their budget and so we were able to buy that for them.”

“Bayside did not ask for anything other than Lego so we bought them hundreds of pounds worth of Lego for Lego therapy.” 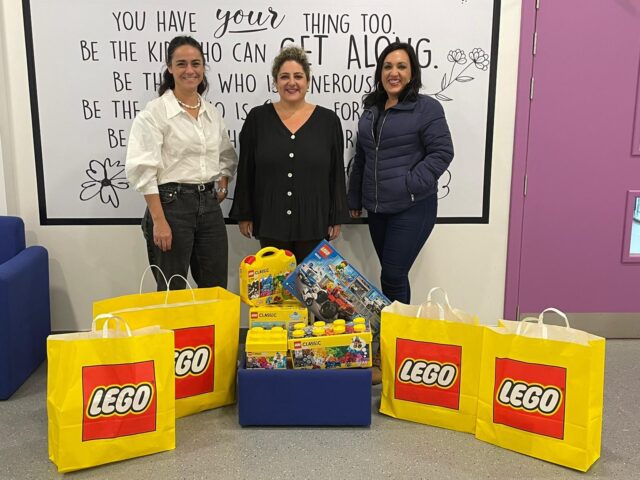 The head teacher at St Anne’s Lizanne Andrews was delighted with the donation her school received, especially the Lego for Lego therapy.

“We have been using Lego for a long time at the school because we find that it brings learning through play in the classroom and it has been proven to improve learning outcomes in many areas such as cognitive, social, emotional, creative and physical domains,” said Ms Andrews.

“It is hands on learning and the hands on learning experiences that Lego provide lead to the development of the whole learner being joyful and meaningful as they actively engage, they discuss and talk to each other and interact.”

“Many of these development areas are covered in for example Lego therapy which we also provide. Where the children relax through Lego in different scenarios and they learn different life skills,” she added.

Some of these skills include becoming builders and working as a group on the construction site with the Lego where there is a foreman, a builder and others workers with different roles.

“It is amazing because when you see Lego you instantly think of Lego as a play or toy you have at home. But, it actually has more meaning to it and it can teach many skills that we need not just nowadays but in the future,” said Ms Andrews.

“They experiment, they explore to gain and learn new knowledge and skills that they can actually apply to their future education. I would even go as far and say their careers.”

“It is intriguing and interesting how this little brick toy has evolved into something much more than just a plastic brick.”

She stated that the teachers and SENCOs in the school have noticed that especially in children with special educational needs there can be a lack of the skill to collaborate, lack self-esteem or not being able to empathise with others.

She called the donation very valuable to these students.

“Any of these donations are really appreciated because it means that we have more money to buy something else that are also great learning resources for our children,” she said.

Among other items donated to St Anne’s are a walking guiding rope for children to securely walk to school from the taxi dropping them off, fidget buddies, yoga therapy ball, and body socks.

“Body socks is where children stand inside and stretch at all angles and that really helps children who have to release that tension in a controlled manner,” said Ms Andrews. 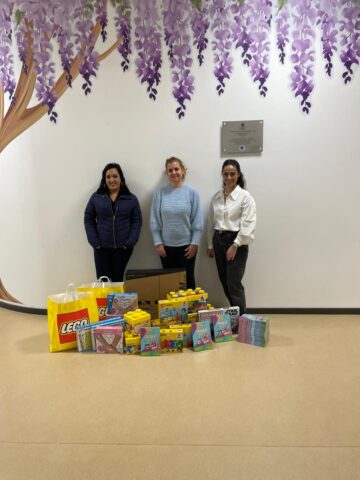 The group also reached out to the Care Agency and St Bernadette’s Resource Centre with the aim to offer their support by investing and donating equipment that will make a positive impact in the daily activities of the service users.

“SNAG is also acutely aware that St Bernadette’s Centre, in lieu of a dedicated further education centre, offers service users recreational and resource learning opportunities and their dedicated team works extremely hard in being able to deliver appropriate programmes. To this end, SNAG has liaised closely with the Care Agency and senior St Bernadette’s staff to identify how we could best support them,” said Ms Cuby.

“We are pleased to have also been able to make a sizeable donation to the centre which has taken the form of resource materials such as work tools, gardening equipment, computing equipment and much more. Many of these items have already been handed over to the centre and are already being enjoyed by the service users with many more are on their way.”

“SNAG is also highly conscious of Covid and the implications that this can have for service users, some of who can be particularly vulnerable. As it did last year, Covid will undoubtedly have its unique hardships for the users of St Bernadette’s Centre during this holiday festive season.”

“In an effort to do our little bit to make this better, SNAG has donated Christmas decorations, Christmas trees and Christmas gifts for all service users to wish them all an extra Merry Christmas from SNAG at their annual Christmas party this year,” she added.

Other items donated to the resource centre were appliance for cooking sessions, art supplies and entertainment equipment such as karaoke and social games.