Spanish lorry drivers protesting over fuel prices and work conditions brought traffic disruption to the border on Friday as they drove in a slow convoy through some of the Campo de Gibraltar’s key roads.

A procession of lorry cabs paraded past the border during the morning rush hour period, honking horns and causing delays to many people heading into work.

The protest at the border was over relatively quickly as the convoy turned back towards Algeciras.

But while the roads were not blocked, the knock-on tailbacks slowed traffic in the Campo for a significant chunk of the morning. 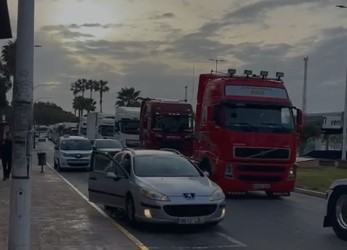 The lorry drivers had been on strike since Monday but until Friday had focused their protests in the Port of Algeciras and at the gates of the main industrial complexes lining the north end of the Bay of Gibraltar.

Spain’s Guardia Civil escorted some commercial vehicles that were not participating in the strike.

The protest was part of wider strike action across Spain that has caused disruption at some supermarkets and certain industries in Spain, with dairy food producers complaining on Thursday of supply shortages as they received less milk.

The Platform for the Defence of Transport, which brings together independent lorry drivers and small truck owners, went on strike on Monday demanding lower taxes and lighter regulations to improve a situation they describe as "total bankruptcy."

"Diesel is the straw that broke the camel's back," said Jose Hernandez, a representative for the Platform and a truck driver who lost his job on March 7. His company stopped operating because the fees it earned didn't cover costs. 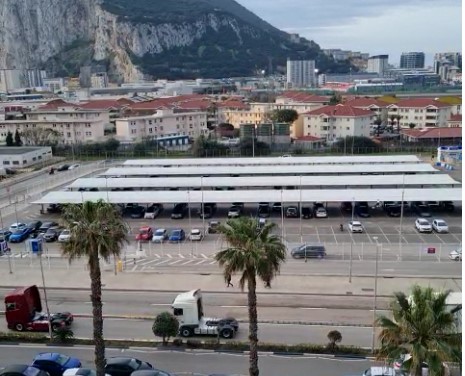 Soaring energy costs, exacerbated by Russia's invasion of Ukraine, have compounded general price increases, threatening to slow down the post-pandemic economic recovery and generating social discontent in many countries.

The Spanish Federation of Food and Drink Industries (FIAB) urged the government to act against road blockages in some industrial areas in Spain that have partially compromised the supply of cattle feed to farms, packaging materials to factories and the flow of some fresh products to supermarkets.

Some of the pickets have turned violent.

"We cannot let a violent minority hijack the rights of a majority who want to work," Mauricio Garcia de Quevedo, FIAB's head said.

The Interior Ministry has reinforced security on the roads with 23,600 police officers to guarantee food supply.

The government had reached an agreement with the country's main truckers' unions to avoid a three-day strike in late 2021.