The Prime Minister and former prime minister of Spain will be called to give evidence at the hearing for an academic facing extradition to Spain, a court has heard.

Clara Ponsati faces a charge of sedition over her role in Catalonia's unsanctioned independence referendum in 2017.

At a procedural hearing at Edinburgh Sheriff Court on Thursday, her lawyer Gordon Jackson QC said they would call senior figures from Spain's judiciary and political world to give evidence.

He said an issue to be considered was whether Ms Ponsati, a professor at the University of St Andrews, would face a fair trial in Spain.

Mr Jackson said: "We intend to call senior figures from the judicial and political worlds in Spain, including the Prime Minister, former prime minister, former foreign minister and heads of political parties.

"We are very much on the line of the ability to get a fair trial, standing what has already been happening in related cases in Spain.

"There are people in jail in Spain in related cases. There is certainly going to be focus on the independence of the judiciary and the ability to get any fair trial for this woman if she goes back to Spain."

Ms Ponsati could be sentenced to 15 years behind bars if convicted, with nine other Catalan officials given jail sentences of between nine and 13 years for the same offence in autumn this year. 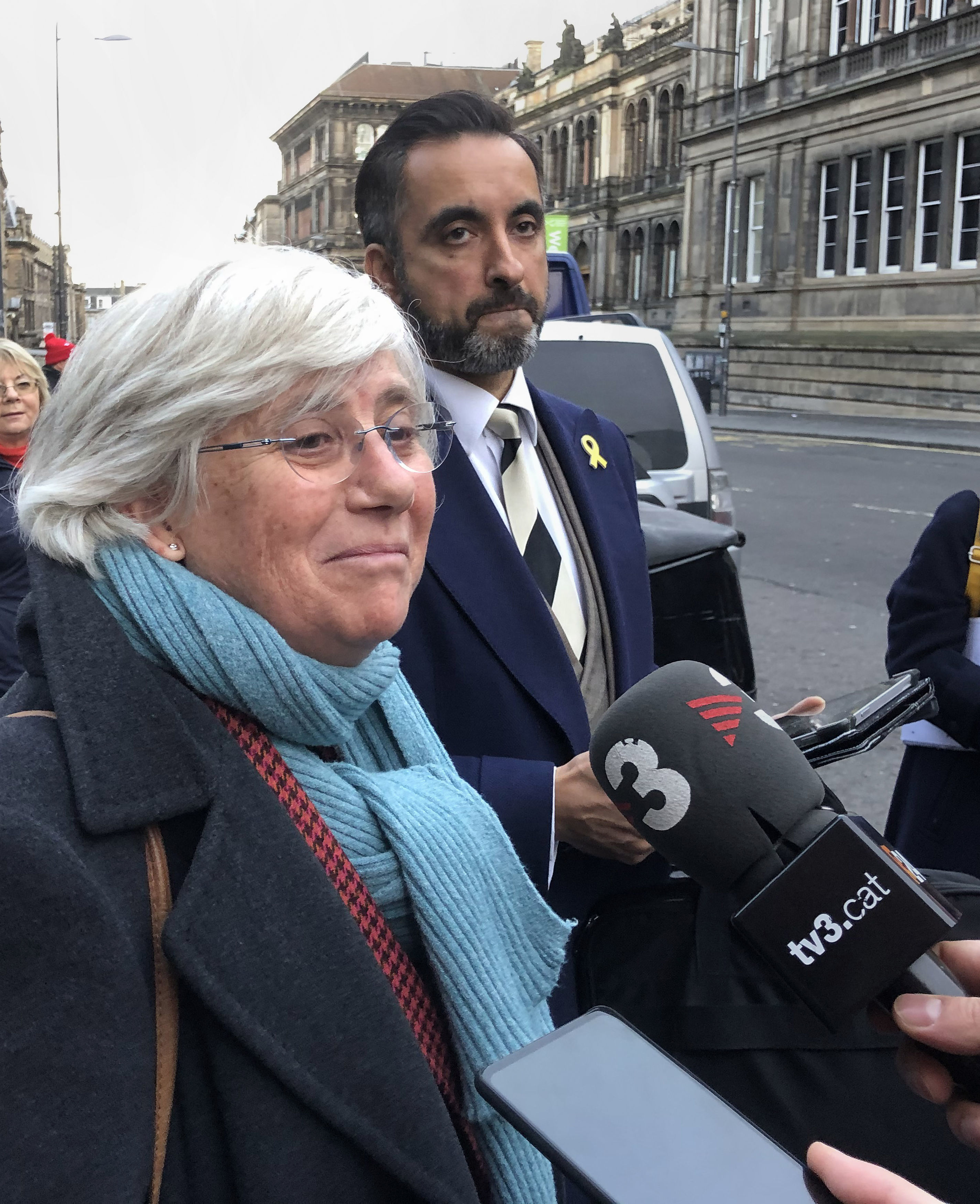 She faces a single charge of sedition, which relates to the organising of the referendum in her role as education minister, her solicitor Aamer Anwar said previously.

The hearing took place before Sheriff Nigel Ross, who set a date for a further procedural hearing at the court of January 23.

A full hearing is expected to take place later next year.

Speaking outside the court on Thursday, Mr Anwar said: "Clara regards it as surreal that she is accused of treason when the Catalan Government executed a law democratically voted on in the Catalan Parliament elected by the Catalan people."

He added: "A true democracy guarantees the absolute freedom of expression and politicians must be able to speak freely, independently and without fear of any form of prosecution or punishment.

"Spain claims that it is a modern democracy but with over half of the Catalan Government either in exile or in custody, the prosecutions are seen as a politically motivated attempt to criminalise the desire of independence of more than two million voters and endangering the very functioning of the rule of law."

He concluded: "Clara Ponsati needs your support as she takes on the might of the Spanish state but this independence movement is bigger than any one individual, prisoner, politician or exile, what Catalonia does next will the determine the destiny of generations to come."

After the hearing, Ms Ponsati and Mr Anwar went to speak to supporters waving Catalan flags and banners who had gathered opposite the court.