A cancer survivor has recreated famous celebrity photographs to show that living with a stoma bag is nothing to be embarrassed about.

Sarah Mills was treated for stage 3 colon cancer and had her life saved by NHS medics.

Following her recovery, she decided to celebrate, rather than cover up, her stoma bag to show others that life goes on.

To illustrate this she has recreated a series of well-known pictures featuring Marilyn Monroe, Beyonce, the Little Mermaid and others – all with stoma bags.

TV producer Ms Mills said: “I want to show other people who might be facing this treatment that it’s going to be all right.

“There’s nothing to be embarrassed about. Yes, it will change your body but it’s not anything that you can’t overcome.”

The 36-year-old who lives in Tenterden, Kent, began posting the photographs, taken by her friend Veronika Marx, on her Instagram account and got an amazing response.

She said: “People have been very entertained by them. But they’ve also told me that they wouldn’t have known this could be one outcome of having cancer.

“I’m very happy to talk about bums and poo – it kind of came naturally anyway after all the conversations I’ve had with doctors who are very open and upfront about these things.”

“I want people to be diligent and raise awareness that 1, you’re never too young to have bowel cancer, and 2, cancer can have a long shadow. Even though I have effectively been cancer-free for two years, I’ve been having treatment ever since, and my body has completely changed.” 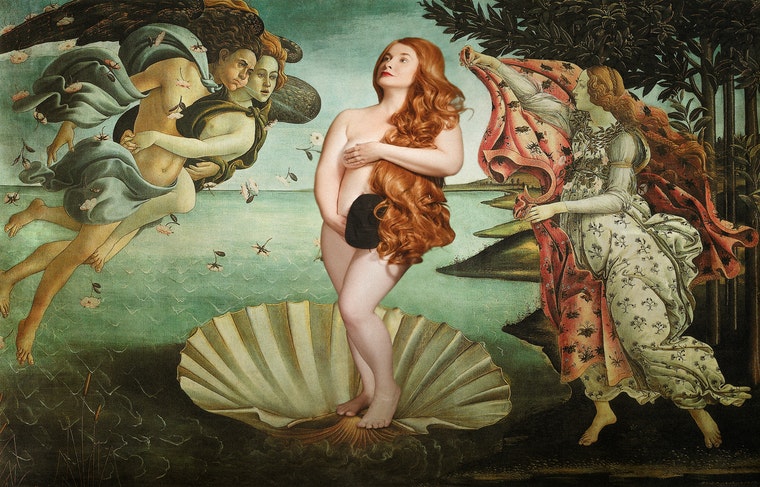 Ms Mills has shared the photos in support of Stand Up To Cancer, a joint fundraising campaign from Cancer Research UK and Channel 4.

Her speaking out also comes during Bowel Cancer Awareness Month.

Lynn Daly, spokeswoman for Cancer Research UK in London, said: “We take our hats off to Sarah for helping Stand Up To Cancer in such a unique, imaginative and powerful way.

“Every week 69 people are diagnosed with bowel cancer in London, so we hope her incredible pictures will provide inspiration to many.”

Stand Up To Cancer aims to accelerate the development of new cancer treatments and tests for patients.

Since its launch in 2012, the campaign has raised more than £62 million to fund 52 clinical trials and research projects, including research into bowel cancer, the fourth most common cancer in the UK.