Being held in the new school for the first time, children from the choir took advantage of the large dining hall and put on a show for all the parents who had come to support the event.

Also present was the Minister for Education, Gilbert Licudi.

Lizanne Andrews, the headteacher at St Anne’s, told the Chronicle that everybody has been excited about spending the first Christmas in their new school. 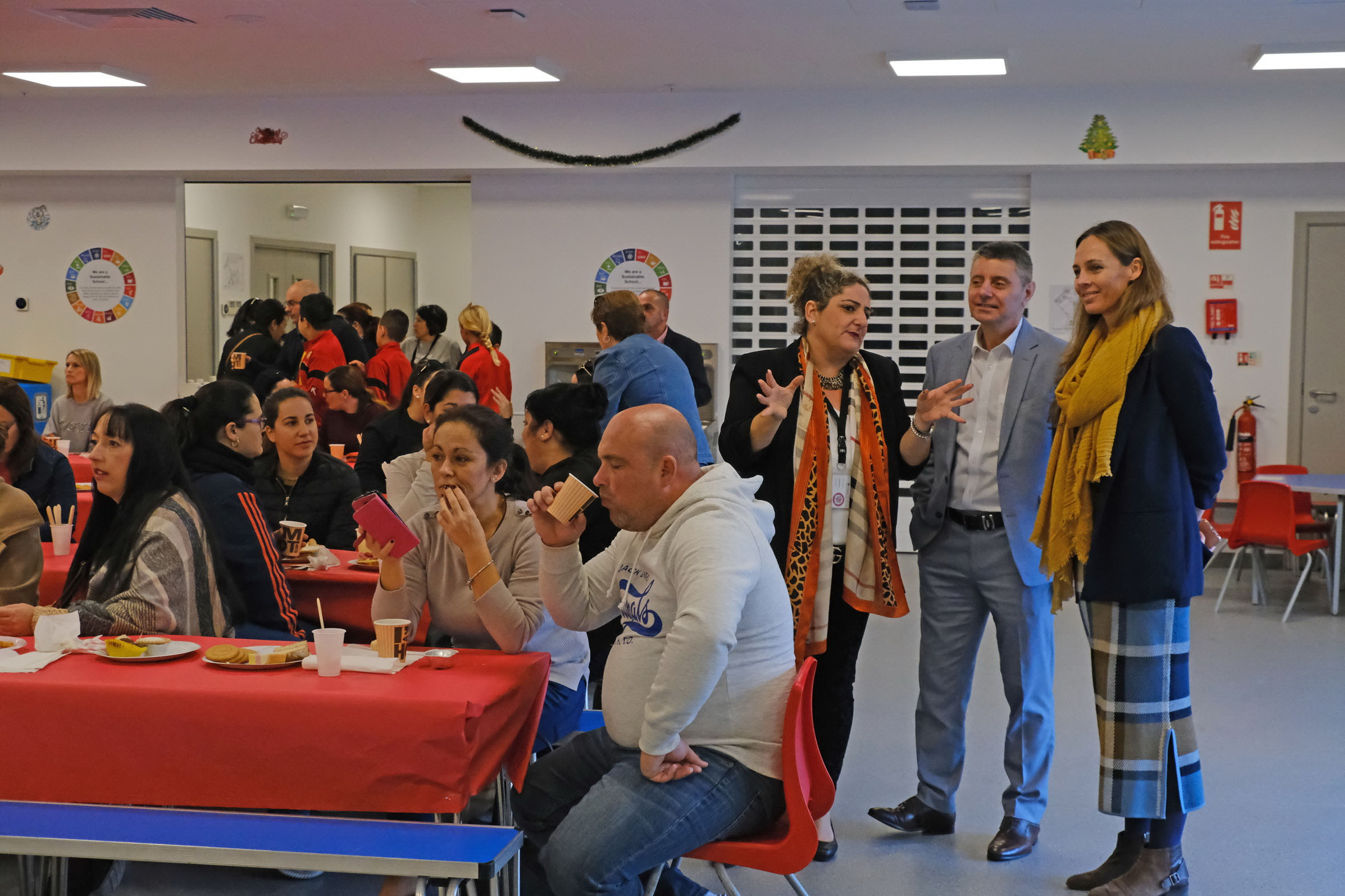 The coffee morning was made possible by donation from local companies, parents who had been baking or donated various treats and the teachers themselves who also did some baking.

“We thought we were going to run out of cakes, as we think every year, but thankfully we have not and we will have plenty for tomorrow as well,” she said.

The school had over 100 parents, grandparents and other friends or relatives come to the coffee morning and to see the choir.

“The choir comprises of children from all year groups who went through some trials with the head of music and some other teachers. The children either sing themselves or are part of a choir locally,” she said.

The choir sang a range of Christmas songs including ‘All I want for Christmas is you’ and ‘Merry Christmas everyone’.

The music teacher Julie Barea and year coordinator Elaine Borg worked with the children to put on the concert. Following each song that was performed there was applause from a very enthusiastic audience.