Sgt Borastero was recognised for the significant contribution that he has made to Air Safety at RAF Gibraltar in his role as the Operational Airfield Representative. A statement from the MoD stated that this included the introduction of a high-profile police and Defence Guard Service presence, in particular at the North and South Barriers. And the initiation of a Road Safety campaign on Winston Churchill Avenue.

“Since taking over the position of Operational Airfield Representative in April 2020, the diligent hard work carried out by Sgt Borastero has helped to reduce the risk of road traffic collisions on one of Gibraltar’s busiest and most important roads,” the statement added. 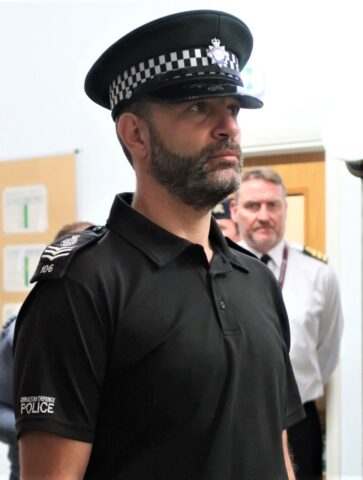 Sgt Borastero said: “Upon commencing my deployment, I was tasked with delivering policing outputs to maintain the security and integrity of the airfield. It has been through the cooperation and strong working relationships of Gibraltar Defence Police, Air Traffic Control and the RAF that there has been a noticeable improvement.”

“Our team of Police Officers and Defence Guards have worked tirelessly to ensure that the airfield remains a safe and secure area. I thank every one of those officers for their continued professionalism and for making it possible to deliver our services to the highest standards,” he added.