Storm swells battered the coastlines of Gibraltar and La Linea on Monday, surging over low-lying areas such as Rosia Bay and cutting off part of the access road in Spain leading to the border. 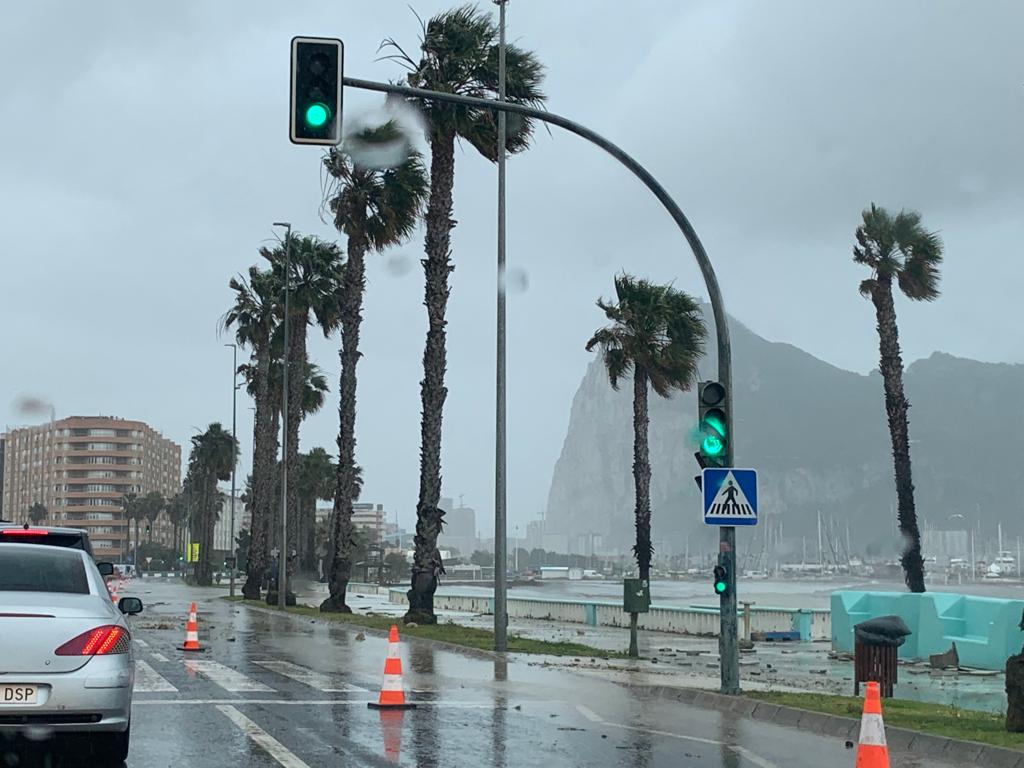 In Gibraltar, the storm swell swept over the beachside promenade at Rosia Bay, pushing rocks and debris across the area. 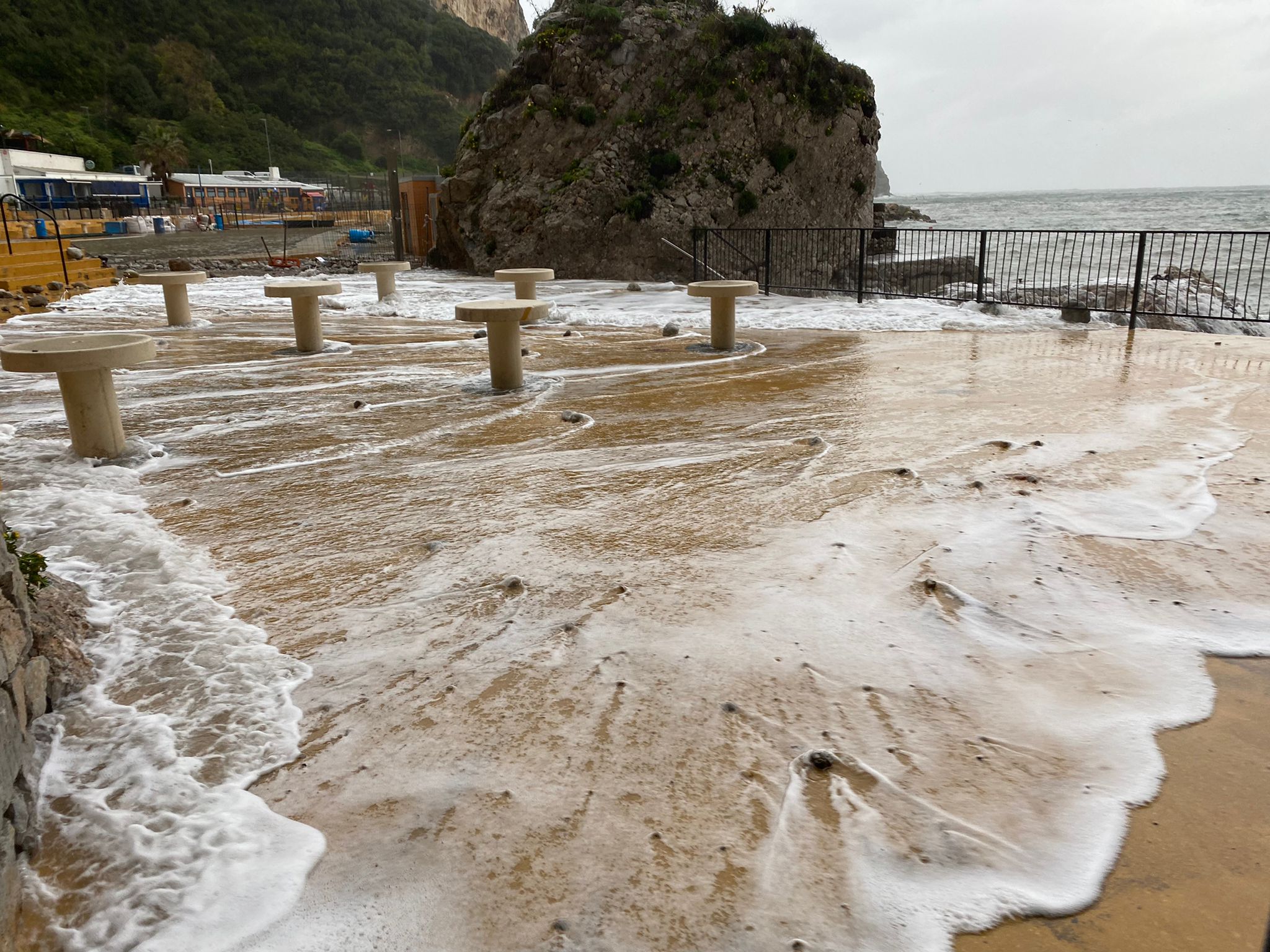 On the east side, waves occasionally broke over the sea wall at Catalan Bay and Europa Point was lashed by wind and sea spray. 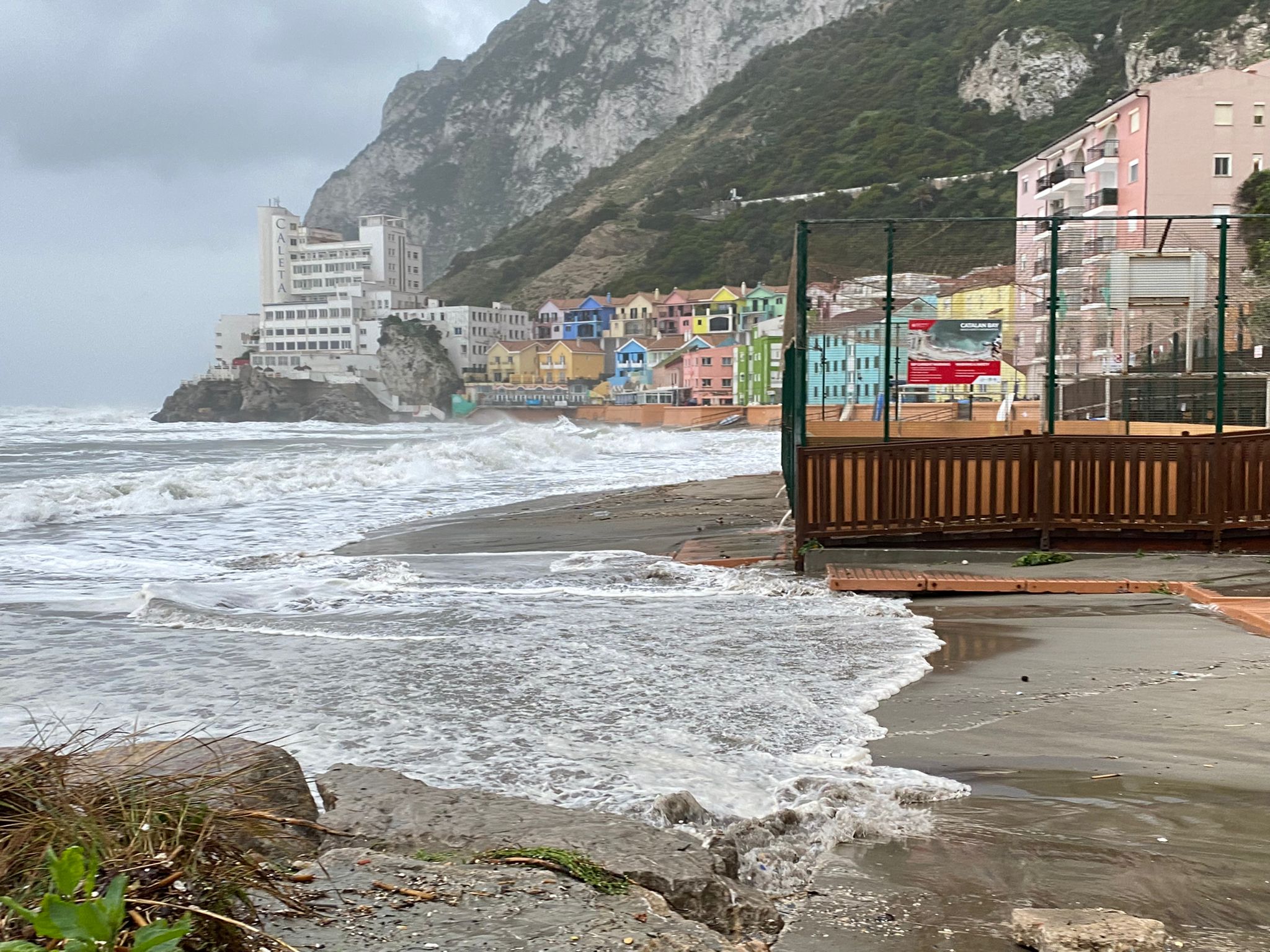 Earlier in the day, gale force winds toppled a small tree on Europa Road near the Rock hotel.

The Gibraltar Government had issued a weather warning from MeteoGib highlighting “unseasonably heavy” sea swells of over 4m. 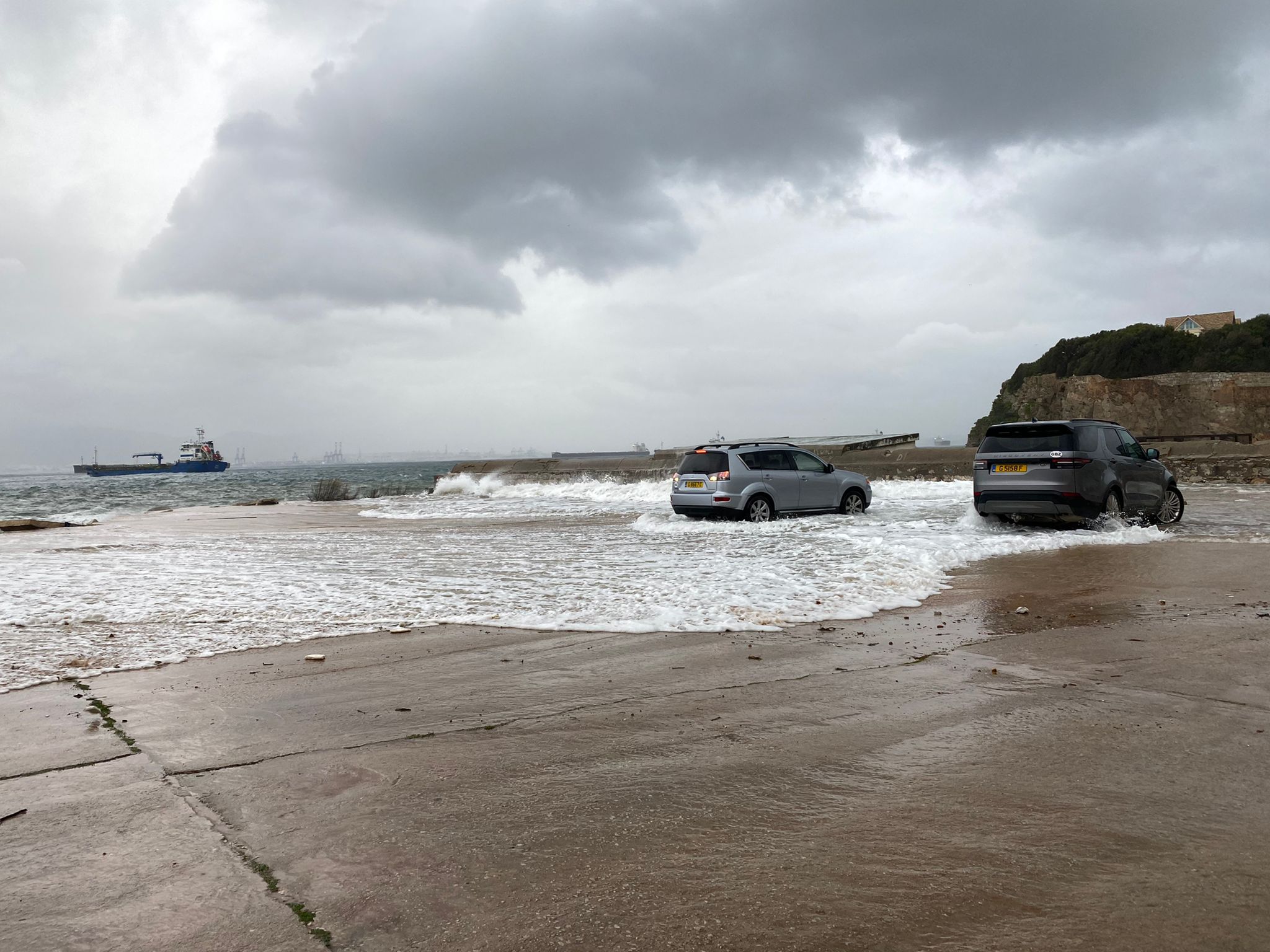 “This may lead to some over-topping of seas and a risk of local flooding around low-lying coastal areas,” the government said. 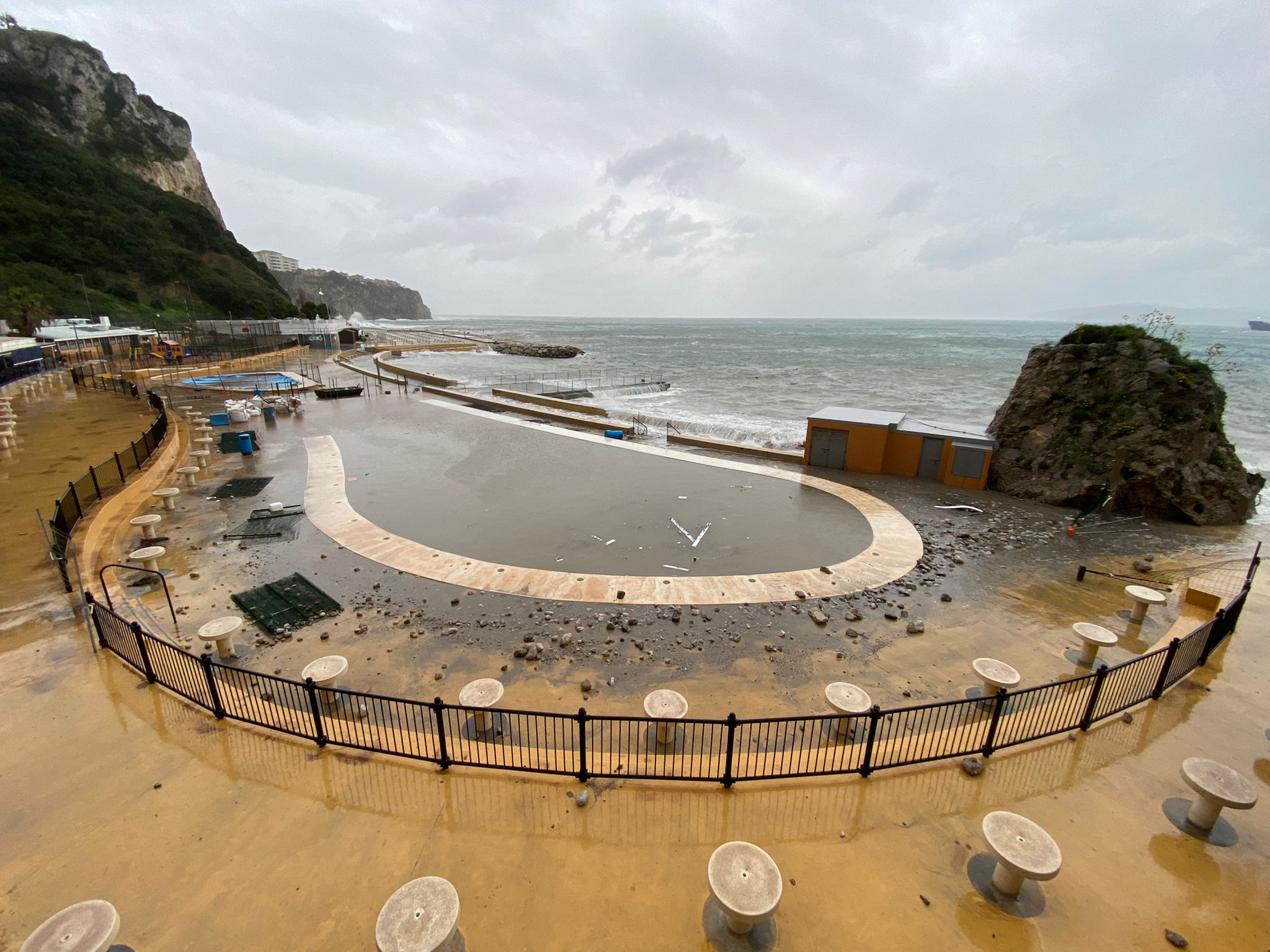 The flash warning also forecast severe gale force winds of 45 knots, with gusts of up to 55 knots, alongside heavy rain of up to 50mm in a six-hour period.

The worst of the stormy weather is expected to commence easing by late Tuesday morning.