Strange and unusual vegetables to try growing in 2021

Gardeners who are now ordering their new veg seeds for 2021 have a plethora of unusual varieties to choose from.
From purple carrots to chocolate chillis and disease-resistant cucumbers to multi-coloured sweetcorn and weird-coloured beans, there are plenty of unusual veg out there which will impress your allotment neighbours.

Many of the new seeds are now available, or will come into stock later this year, for those who want to have everything ready for sowing in January and beyond.

Here are some of the mouthwatering gems on offer which will add colour, form and flavour as they grow next year, whether that’s on the allotment or in the greenhouse.

Chilli ‘Chocolate Habanero’
Adding heat and colour to a plethora of dishes, this chilli, also known as Congo Black, originated in Jamaica and is a great addition to Jerk sauce, thanks to its smoky flavour. 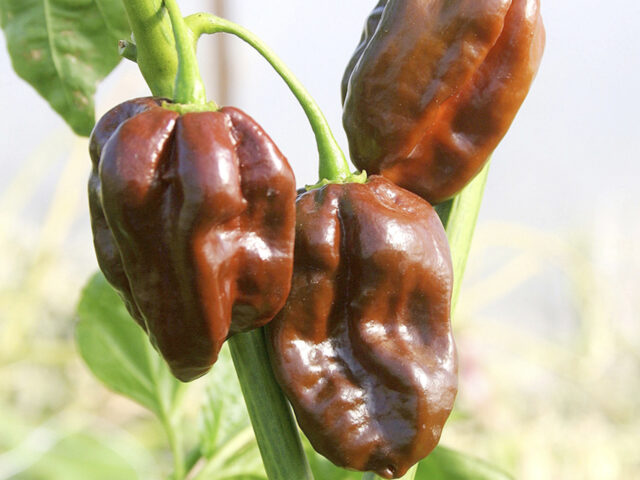 Sow seeds indoors in a propagator from mid-January, planting out when all danger of frost has passed in late May or June – preferably in a really sheltered, sunny spot or keeping it under glass – and it will make a perfect patio addition, ready to harvest from August onwards.

Daikon radish ‘Misato Rose Flesh’
These huge radishes really are the eye candy of the radish family. They are brilliant for slicing because they reveal a deep red flesh when you cut through the outer white layer. 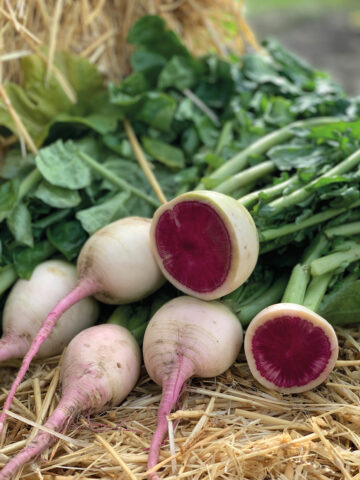 Also known as the ‘watermelon radish’, their peppery taste and crisp bite makes a great addition to salads and stir-fries, or just use them as a garnish to starters because they look as good as they taste. Try growing them with mint to deter flea beetles.

Luffa seeds
So, it’s finally here – the vegetable that you can eat or scrub your back with. Also known as sponge gourd, they are a bit like a climbing courgette and you would cook them in the same way you would cook courgettes. 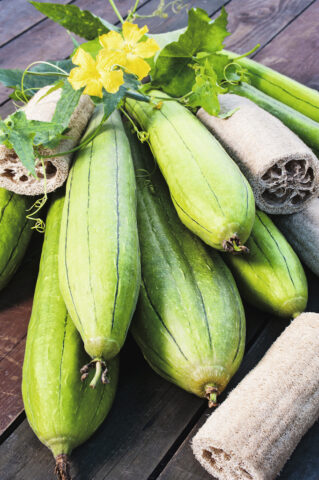 If you thought a loofah came from the sea, think again, as they come from this plant, providing an eco-friendly pan scourer or bath sponge. Coming from the cucumber family they will need to be grown in a greenhouse.

Once the fruit ripens, leave it to go brown then cut it from the vine and submerge it in a bucket of water, which will help the skin to loosen and when you peel it, it will reveal the loofah. Wash the sponge to remove any remaining flesh and seeds and then dry and it will be ready for you at bath time.

Cucumber ‘Party Time’ (Burpee Europe, available from March, price not yet available)
If you like snacking on cucumbers, this new one is among the most prolific snack cucumbers with an outstanding level of resistance to powdery and downy mildew. 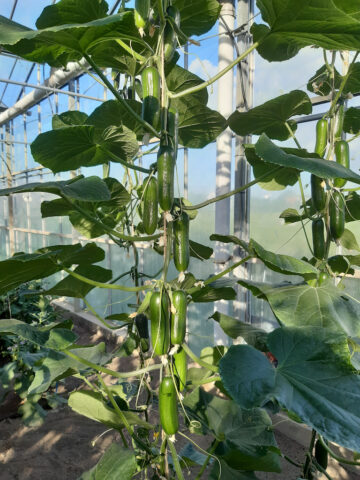 One of Burpee Europe’s trials yielded 43 fruits per plant weighing 75 grams each, and there were up to five fruit per node.

Heritage options (various from Garden Organic)
If you fancy trying some unusual heritage seeds, consider joining the charity Garden Organic, which conserves and grows 800 varieties of unusual or endangered seeds, with some made available to the public each year.

In December, the charity announces its seed list to members, giving those who are quick off the mark the chance to order some pretty unusual varieties. This year, the list will include:

Afghan purple carrot
The purple colour is eye-catching enough, but when you slice them they reveal a bright yellow core. According to Garden Organic, purple carrots are believed to have been depicted on Egyptian cave paintings dating to around 2000 BC – the orange varieties we are familiar with today were not developed until the 16th century. 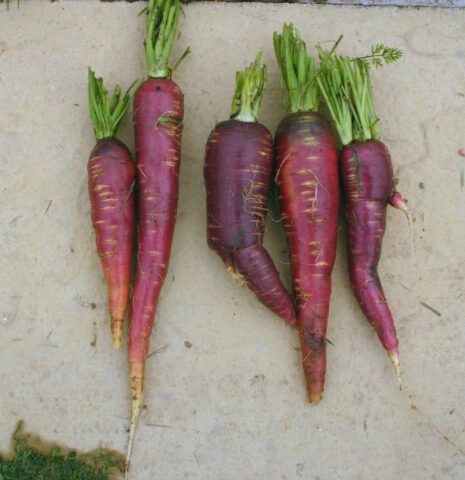 It has a wild carrot flavour, low in sugars, and while not as sweet or crunchy as garden carrots, it is perfect used as an accent vegetable, especially in salads, where the bi-coloured cross sections add a distinctive flavour and colour.

Sweetcorn ‘Rainbow Sweet Inca’
Hopefully, kids will want to try this strange-looking variety with its kernels of yellow, red, purple and blue, developed during the 1970s in Southern Oregon by the pioneering plant breeder, Dr Alan Kapuler. 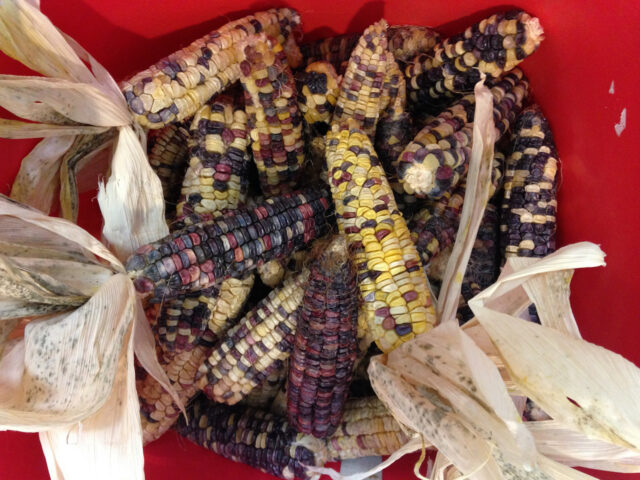 This half-hardy grain crop is easy to grow in a warm, sheltered spot with well-drained soil in a good summer. Sow in April into degradable pots or root trainers as plants resent root disturbance; or direct into soil warmed under cloches or black plastic.

Sweetcorn is wind-pollinated so sow in blocks with 35cm between plants.

French bean ‘Blue Beans’
Imagine serving your guests some deep purple beans with their dinner – it would certainly be a conversation starter. These climbing French beans, which were brought to the UK from France at the end of World War Two, are a compact 1.2m climber thought to be frost resistant and less attractive to slugs than most French beans.

They produce beautiful purple flowers followed by dark purple plump, flat pods. Mrs Jane Durston, one of the seed guardians who help Garden Organic preserve rare varieties, describes them as having ‘a crisp texture and nutty flavour which is lovely hot or blanched in salads’.
(PA)

Life as a student in Gibraltar

Summer Gala in the Ballroom