Thailand will allow foreign tourists to visit for longer stays from October, a senior official said on Friday, as the government tries to revive a key economic sector that has been devasted by the coronavirus pandemic.

Tourists will have to stay for at least 30 days, with the first 14 days in quarantine in a limited vicinity of their hotel, before they can visit other areas, Tourism Authority of Thailand governor Yuthasak Supasorn told Reuters.

The announcement comes after authorities suspended plans to create ‘travel bubbles’ with partner countries as the number of coronavirus cases in Asia rose.

“On Oct. 1 we will start in Phuket,” Yuthasak said.

Visitors will have to take two coronavirus tests during quarantine before they are able to travel to the rest of the island, Minister of Tourism and Sports Phiphat Ratchakitprakarn, said on Thursday.

Staff will also have to remain in the hotel, he added.

Visitors will have to take an additional test and remain within the province for another week before they can travel to other parts of the country.

Thailand has gone nearly three months without a confirmed case of a local Covid-19 transmission. It has recorded over 3,300 cases.

The government’s coronavirus taskforce on Friday extended a state of emergency for another month until the end of September to control the outbreak.

The tourism-reliant economy has been battered by the collapse of global travel as infections spread.

Southeast Asia's second-largest economy shrank 12.2% in the second quarter from a year earlier, the worst contraction since the 1998 Asian crisis due to the pandemic impact.

The country expects to receive 8 million foreign tourists this year. By comparison, it had a record 39.8 million tourists in 2019.

Bargain hunters and frustrated globe trotters have swamped an Italian village with requests to stay after it offered free lodging to lure tourists to its abandoned hilltop hamlets.

From the United States to China, more than 8,000 people have applied to stay in the Mediaeval southern village of San Giovanni in Galdo since a promotional visitor campaign launched in June went viral, organisers said.

"We did not expect such a response," said Stefano Trotta, head of the local cultural association behind the campaign.

Trotta said the group can only accommodate 12 guests a week so it has diverted some would-be visitors to nearby villages.

"We had about 70 requests from Kazakhstan, some from remote Russian towns ... from all over the world really".

Like many Italian villages, San Giovanni in Galdo has struggled with a fast-shrinking population, dropping from a few thousand to some 500 in a few decades, as locals left to seek opportunities elsewhere, said Trotta.

Yet, the free homes initiative has now put the village firmly on the world's travel maps.

Locals used to joke that the Molise region was so little known, it did not even exist. Trotta said that was no longer the case and all the attention might yet revive village fortunes.

Young people could opt to stay put if tourism booms, old residents might return and visitors may also settle, he said, with talks underway to extend the initiative to other hamlets.

"The idea is to bring people to live here," he said, noting that some of the new tourists had already bought homes in town.

Other hamlets are battling the same population drain.

San Mauro La Bruca, a village of less than 600 people overlooking the sea in the neighbouring Campania region, has offered tourists rooms for 2 euro ($2.39) a night in a sold-out initiative to "fight persistent depopulation".

A 20-minute drive from San Giovanni in Galdo, the village of Petrella Tifernina has offered incentives if home owners host tourists for free, attracting about 1,000 requests from prospective visitors in just weeks, according to its mayor.

"The aim is to revive Petrella and be a stimulus for other nearby villages," Mayor Alessandro Amoroso told the Thomson Reuters Foundation by phone, adding that the new coronavirus pandemic had fostered demand for holidays in remote villages.

"People don't want to go to far, and many are choosing often overlooked nearby destinations," he said.

The Italian tourism sector has been badly hit by the virus, with visitors expected to drop 44% in 2020 on the year before and big cities suffering most, according to the tourist board. 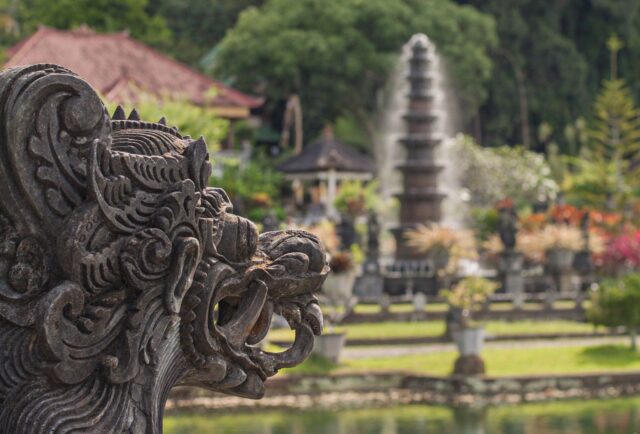 Bali postpones plan to allow back foreign tourists next month

The Indonesian island of Bali has postponed a plan to reopen the country's biggest tourism hub to international tourists on Sept. 11, its governor said, due to the rising level of coronavirus cases reported in the Southeast Asian country.

Indonesia has reported more than 155,000 coronavirus infections and 6,759 deaths as of Monday, the highest number of fatalities in Southeast Asia.

Authorities halted international tourism in early April as the outbreak picked up pace.

Governor Wayan Koster said in a statement that plans to open up Bali to foreign tourists were postponed because the "situation in Indonesia isn’t conducive to allow international tourists to visit the country, including Bali."

A decision on when foreign tourism could resume would depend on the "assessment of the situation in and outside of the country", said Koster in the statement signed on Saturday.

"Bali cannot fail because it could adversely impact the image of Indonesia including Bali in the eyes of the world, which could prove counter-productive to the recovery of travel," he said.

Tourism is Bali's main source of income and travel restrictions due to the pandemic have hammered the local economy.

Bali opened up travel to local tourists on July 31, and Koster estimated 2,300-2,500 tourists came onto the island each day from then until August 14.

Bali has reported 4,576 coronavirus infections and 52 deaths as of Monday.

Coronavirus: will immunity rapidly fade or last a lifetime?