The arrival of the Loreto nuns in Gibraltar

This year marks the 175th anniversary of the Loreto Convent and to mark the event local historian Richard Garcia has written three articles.

The first Loreto nuns arrived in Gibraltar on 16 December 1845, accompanied by the Vicar Apostolic of Gibraltar, Rt Rev Henry Hughes. This happened in a decade of turmoil for the Catholic church and for education in Gibraltar. They were greeted on arrival by soldiers lining Main Street in their honour. The bells of what is now the Cathedral of St Mary the Crowned rang out when they arrived at the doors. The Governor of the day, General Sir Robert Wilson, was there to greet the five nuns and to be introduced to them by Bishop Hughes. So was the Junta of Elders, elected from the Catholic rate-payers in Gibraltar. It is clear that there was a great air of expectation. 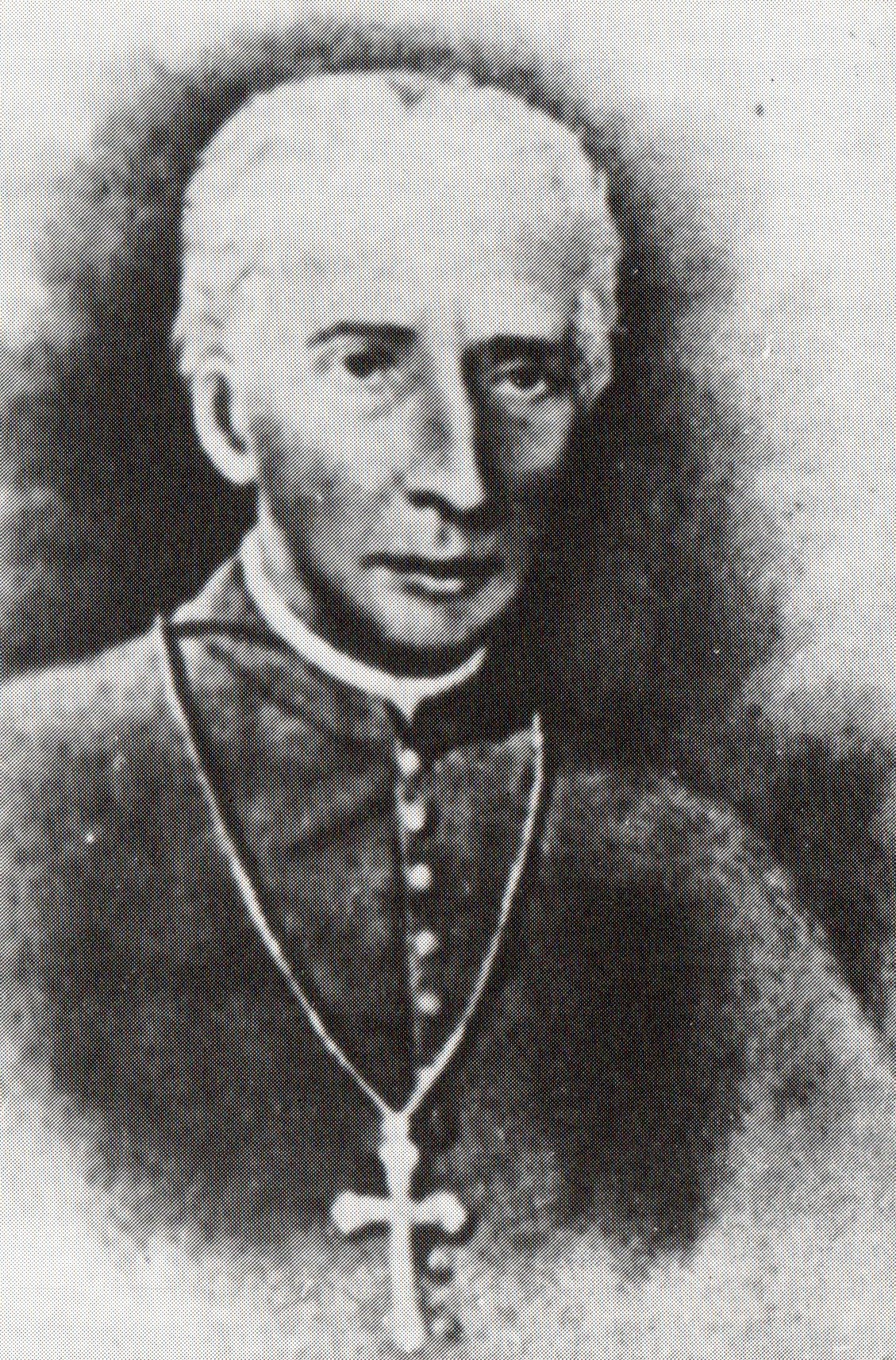 The five nuns who arrived were Mother Angela Kelly, the Mother Superior even though she was only 26 years old, Sister Vincent Clinch, Sister Seraphia Rorke, Sister Placida Byrne and a fifth sister thought to be Sister Josephine Underhill. Sister Vincent was the eldest of the party, and she was only 28 years old. Despite being so young they might have been relieved to be leaving Ireland at a time when the great Potato Famine was beginning following the failure of the crops there that year. At the same time, they would have been worried for their families and the community of nuns that they left behind in Ireland.

Bishop Hughes was appointed as Vicar Apostolic of Gibraltar by Pope Gregory XVI on 15 March 1839 and as titular bishop of Heliopolis in Augustamnica, which is in modern Egypt. He was the first bishop appointed for Gibraltar. He could not be appointed Bishop of Gibraltar because the diocese of Gibraltar had not yet been created by Rome: this did not happen until November 1910. It was customary at the time to give titles of bishoprics which once existed in the eastern Mediterranean in the early days of the Catholic church to prelates who were appointed to a diocese where they could not be appointed as a titular bishop of the place. Bishop Hughes replaced his predecessor, Very Rev John Baptist Zino, who was removed from his position as Vicar General Apostolic to the consternation of many parishioners.

Bishop Hughes was born in Wexford, and like the nuns he was born in Ireland. He was a Franciscan, of the Order of Friars Minor (OFM). He was well-connected, and had the ear of Archbishop Murray of Dublin.

One of the issues that had particularly vexed his predecessor, Fr Zino, as Vicar General Apostolic was that of education in Gibraltar. Dr Rule, the head of the Methodist Church in Gibraltar, had hugely improved the standard of education in Gibraltar for the poor. However, those who attended the Methodist schools also had to attend Sunday services in the Methodist church. The Christian Brothers had been persuaded to open a school for Catholic boys in Gibraltar in November 1835 but it was short-lived, and the Brothers left Gibraltar in August 1837. Then, in 1838, a new Protestant school was opened in Gibraltar under the auspices of the Society for the Promotion of Christian Knowledge. Dr Rule then increased the scope of the Methodist schools, which operated four day schools in town and in the South District and even two evening schools as from 1839 in the face of demand.

This was the scenario that Bishop Hughes found when he first arrived in Gibraltar in January 1840. There was a multiplicity of elementary schools, most of which were faith-based and run by the different religious denominations in competition one against the other. There were also a number of regimental schools which were attached to the various army and other military corps.

When Dr Burrow of the Cathedral of the Holy Trinity opened a school for girls in early 1842, Bishop Hughes was concerned. It was an instant success and a second school was opened by Dr Burrow in the South District in April 1842. Bishop Hughes responded by opening a Catholic Poor School for Girls in Irish Town in 1843, to which 150 girls were admitted, but it was not as great a success. There was a demand for more sophisticated education for girls.

This is where Bishop Hughes’ connections came in handy. He was well acquainted with the work done by the Loreto nuns of the Institute of the Blessed Virgin Mary in his native Ireland. Archbishop Murray of Dublin supported his request that nuns from the Institute should be sent to Gibraltar. Rev Mother Frances Teresa Ball, the foundress of the Institute, agreed to the request and the Bishop himself went to Ireland to accompany the first nuns of the order to Gibraltar.

The nuns set up their first convent at Don Place, in Governor’s Lane, close to what was then the main entrance to The Convent. (The Main Street entrance came about following changes to the building in 1865.) Unlike the Christian Brothers, they were in Gibraltar to stay. Tomorrow marks the 175th anniversary of the arrival of those pioneering women and teachers. 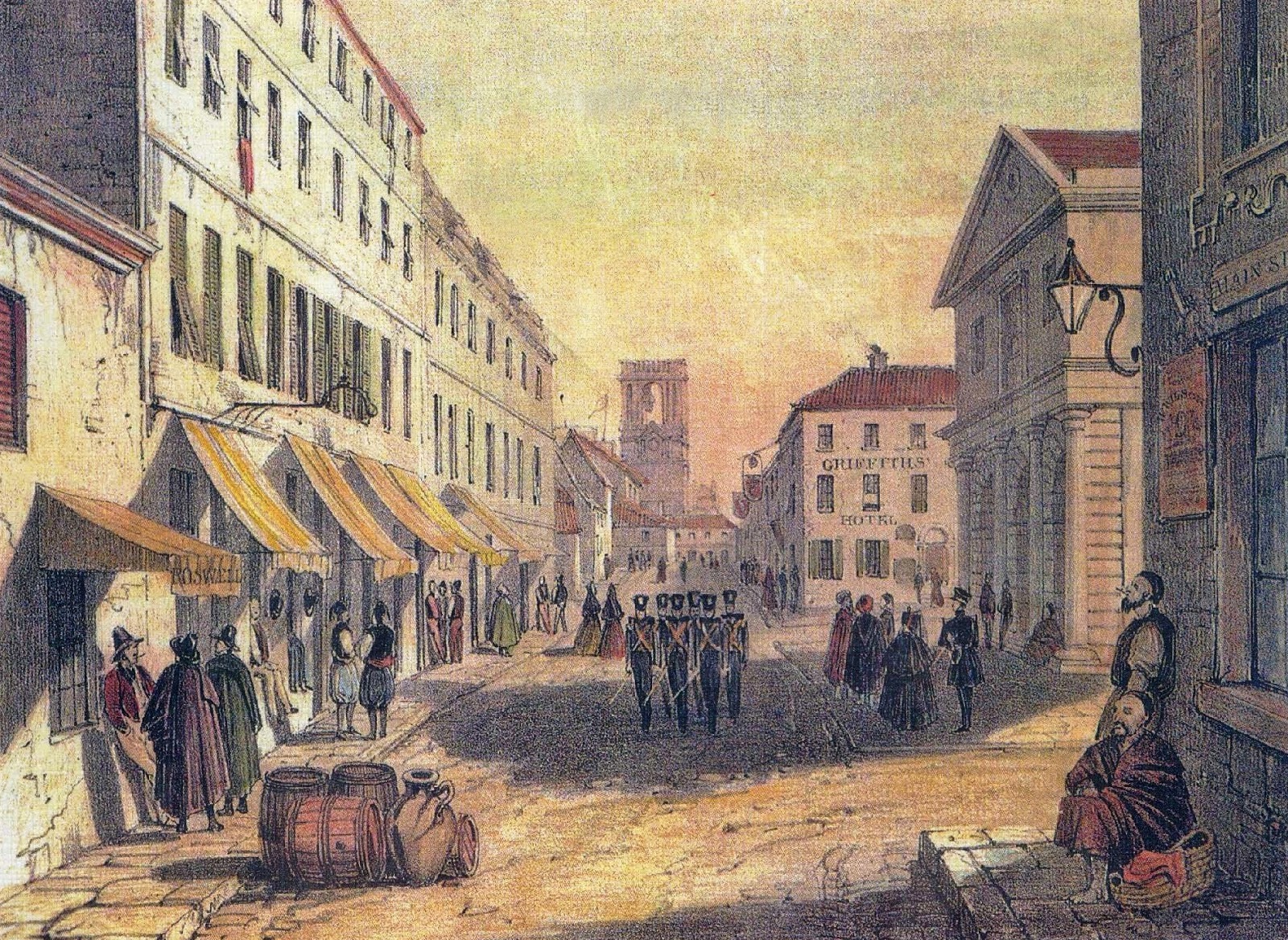 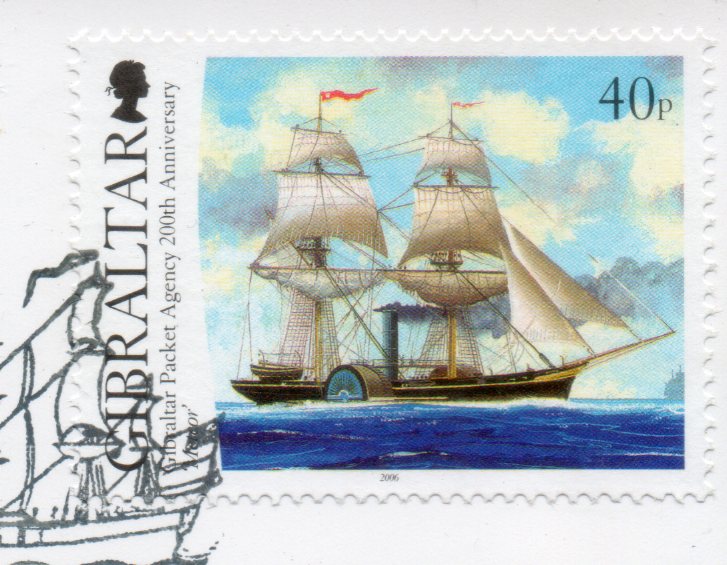 One wonders what the nuns thought of Gibraltar. It was unusual for people to travel in the 1840s, and even more so in the case of women. The nuns would probably have lived all their lives within a narrow radius of their homes and the convent in Ireland. Now, they found themselves having had to travel from their convent in Ireland to Southampton in order to catch the P & O steam packet to Gibraltar. They would have seen the great ports at Lisbon and Cadiz from the ship, and gained an impression of Spain and Portugal as they travelled down. No doubt it was with a sense of relief that they stepped off the Royal Tar steamer when it arrived at Gibraltar and they were allowed to disembark.

Their first impression of Gibraltar was from the ship. It arrived too late in the evening on 16 December for them to disembark. The evening gun had already fired, the gates of the city were shut for the night and would not be reopened until the morning. They knew that they had arrived at a fortress that was now to be their home.

The Junta of Elders of the Catholic church and the Catholic community gave the nuns a great welcome when they were allowed to disembark. The nuns, however, knew that the issues that they now had to face, starting two schools from scratch, would be very challenging. For a start, the nuns spoke no Spanish which was the everyday language of the ordinary people. They were nevertheless determined women, and they got down to work straight away. They did extremely well and succeeded beyond expectations.

Parts two and three will be published on Wednesday and Thursday.