The Calpe Conference 2020: A personal view

The final day began with a captivating lecture by Darren Fa, Director of Academic Programmes and Research at the University of Gibraltar. Darren provided detailed historical evidence for the exploitation of marine resources in Gibraltar, noting that “living on a rock that is almost entirely surrounded by water, it comes as little surprise that the human inhabitants of Gibraltar have taken advantage of the harvest provided by the sea for millennia”.

From the time of Neanderthals to the present day, the sea has provided a rich diversity of resources: molluscs, fish, mammals, and more. But over-exploitation, pollution, climate change, and other factors are impacting on marine resources in a negative way. Darren spoke of ‘the shifting baseline’. This, a persistent downgrading of what are perceived as ‘normal’ environmental conditions with every new generation, leads to underestimations of true long-term change; and quoted the fisheries scientist, Daniel Pauly, who in relation to fish stocks noted that “We transform the world, but we don’t remember it. We adjust our baseline to the new level, and we don’t recall what was there.”

Next was Clive Finlayson who had lectured the previous day about bird migration, concentrating on terrestrial and aquatic species. In this, the second lecture, Clive focused on coastal and pelagic species. He provided information on the migration patterns of these birds, noting that “the Strait of Gibraltar is peripheral to the main East Atlantic shorebird and seabird migration systems.” Adding that “the Strait’s main significance lies in the remaining colony of Mediterranean Shags on the Rock, and as its own feeding passage of Balearic Shearwaters . . . it also holds the largest source of Yellow- legged Gulls in the Western Mediterranean.” 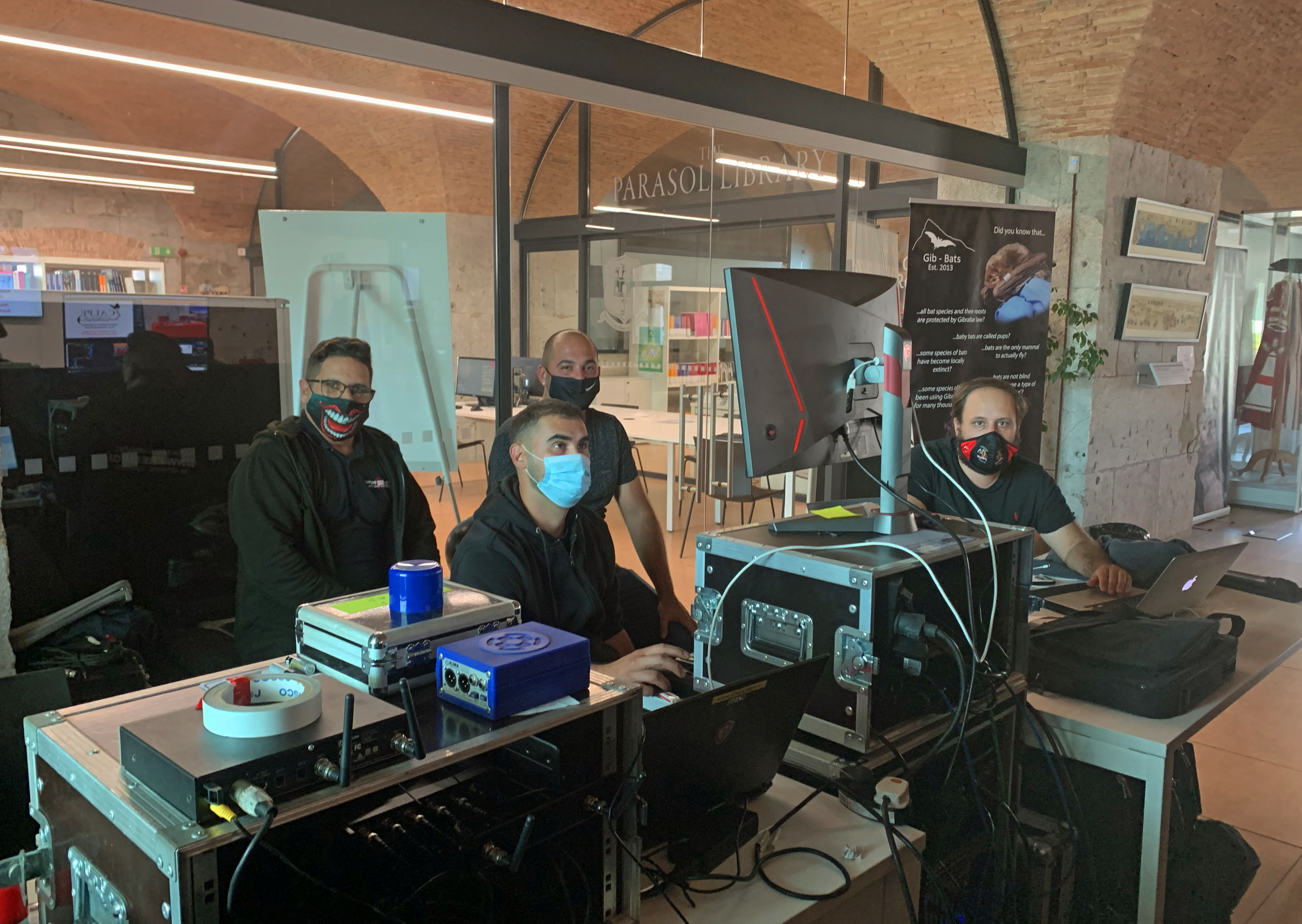 Clive’s two presentations bring up to date our knowledge of bird migration in the region of the Strait of Gibraltar and situate what we observe in Gibraltar and the Strait in a wider geographical context, reflecting the nature of migratory birds. He added that “what we learn at local level, within the framework of the annual cycle of migratory birds, is critical to our understanding of their biology” and in planning and managing conservation measures.

Marine surveillance monitoring is crucial to determine the environmental status of habitats. Stephen Warr from the Department of the Environment, Sustainability, Climate Change, and Heritage; and the University of Gibraltar, explained that an increasing number of International Conventions and European Union Directives require the regular monitoring of different marine ecosystems. He noted that British Gibraltar Territorial Waters encompass a small area and so surveillance is relatively easy to undertake. A range of descriptors are assessed as a part of the monitoring programme including “intertidal, benthic, and pelagic habitats as well as indicator marine species”.

These species range from threatened macrofauna such as limpets, to megafauna such as marine reptiles and cetaceans. Assessing the pressures and threats affecting ecosystems within the Gibraltar Marine Reserve is also encompassed by the work undertaken; with the establishment of a “dedicated Environmental Protection and Research Unit in 2014” having improved data collection, monitoring, and the enforcement of marine protection legislation. Stephen added that recent advances had been possible with the use of Unmanned Aerial Vehicles (UAV) and underwater surveillance equipment.

Next on was Lewis Stagnetto from the Nautilus Project and the University of Gibraltar. Lewis has an interest in how climate change affects the oceans and the organisms in them and is currently researching changes in phytoplankton communities in the Strait of Gibraltar. “Phytoplankton are considered to be a key aspect of carbon exportation from the surface waters to marine sediments and could have huge impacts on future oceanic carbon chemistry”.

Environmental conditions are key in driving changes in communities and “understanding the physical parameters which are driving oceanic chemistry within the Strait of Gibraltar is fundamental in understanding the changes being observed in the biological communities.” He discussed work undertaken in the area during the last 50 years and presented some of his own data from his on-going PhD, noting he would be kept busy with chemical analyses and biological identifications.

Unfortunately, the two scheduled final lectures were not delivered. Geraldine Finlayson notified, having secured permission from them to do so, that Minister Cortes and Liesl Mesilio were unable to deliver their lectures due to Covid-19 self-isolation requirements. The final day finished with two topics for discussion that emerged from lectures: “How do we encourage young people to Natural History?”, and “Wildlife photographer versus photographer of wildlife”. In closing the 24th Calpe, Geraldine thanked everyone who had contributed to making the conference possible. The Gibraltar National Museum Team; the University of Gibraltar; catering at the Bistro Point Restaurant; and IT logistics from the University of Gibraltar IT Department, Fresh Entertainment, and Gibmedia.

And, of course, the Speakers and online audience. Leaving the Calpe venue, speakers contemplated on how different this year’s conference had been compared to previous ones. “Yes it was very strange,” one speaker noted, “but at least we powered through, and it happened; one to definitely remember”.

Additional memories to add to the recollection of 2020 in future years came from the traditional post-conference boat trip the following day, aboard the Dolphin Adventure. A small number of speakers and guests were treated to a wonderful four hours in the Bay of Gibraltar, taking in splendid views of the Rock and surrounds. Here was an opportunity to contemplate nature and marvel at pods of dolphins, breaching tuna, large gatherings of Cory’s Shearwaters feeding; of other species including Balearic Shearwaters, Great Skuas, Sandwich Terns, and Northern Gannets. And an astonishing sight: the largest of the toothed whales, the Cachalot, or Sperm Whale. Floating on the surface for a while, then majestically and effortlessly sliding into the depths.