The Hoff and Kitt make brief appearance in Ocean Village

Actor and singer David Hasselhoff greeted fans in Ocean Village yesterday in heat on a par to Santa Monica Beach, where in the past he played one of the world’s most famous lifeguards, Mitch Buchannon, in the television series Baywatch.

On the Rock as a guest of Admiral Casino, Mr Hasselhoff said Gibraltar was “magnificent, just magnificent”. 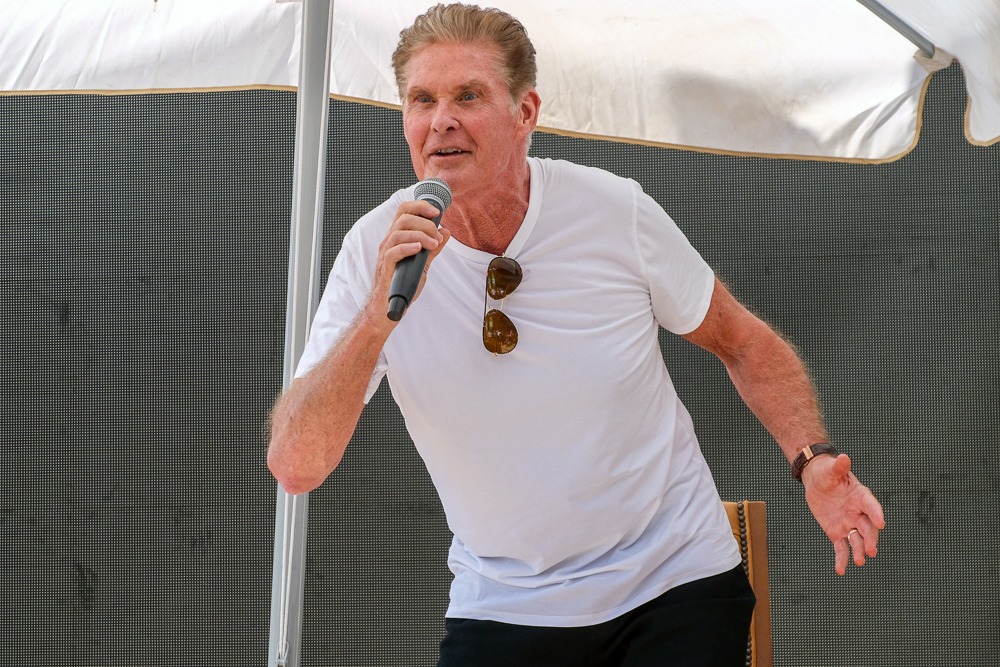 During a whistle-stop visit he was whisked up the Rock - or “the mountain”, as he described it - to see the Barbary Macaques.

As he took questions from the audience, he was asked if football was coming home.

Also present was a Spanish registered replica Kitt car, a Pontiac Trans AM, the car made famous in the hit 80s TV show Knight Rider, in which Mr Haselhoff starred in the leading role.

Mr Hasselhoff, aka The Hoff, signed autographs and posted for numerous pictures with fans.
All while his songs were played loudly across the speakers, including his latest release, a cover of Iggy Pop’s ‘Passenger’.