The life of John Mackintosh

Although the names of John Mackintosh and Victoria Mackintosh are well-known, there is no-one alive today who really remembers the great man. He died on February 28, 1940, just a few weeks before the evacuation of the women, children and old people of Gibraltar during World War II. He therefore died over 82 years ago. Victoria Mackintosh died many years later, on 27 April 1958, some 64 years ago, so there are still a number of senior citizens who remember her clearly, and have fond recollections of her – but the majority of Gibraltarians know nothing more than the name.

It is indeed surprising that this power couple should be so little known today, particularly given their incredible generosity. John Mackintosh bequeathed his fortune, which was worth tens and possible hundreds of millions of pounds in today’s money, to the people of Gibraltar for very specific purposes. In particular, he wanted to promote English language and culture, he wished to improve educational opportunities for Gibraltarians, he had a deep desire to provide for the most senior members of our community in their old age and he wanted to improve medical services through increased hospital accommodation and the training of nurses. It is this amazing legacy that we all know. 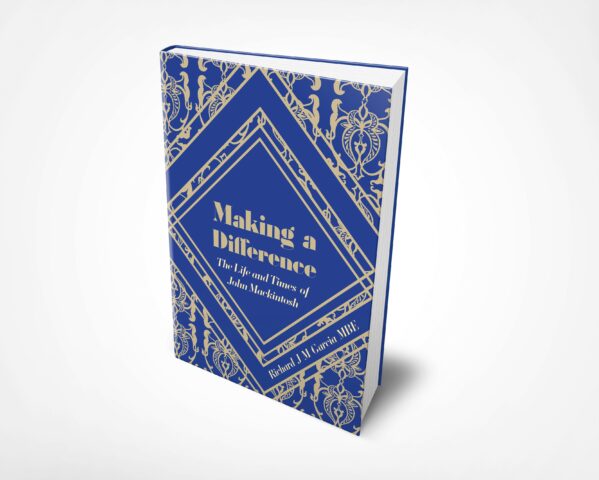 Some people have a vague notion that Mackintosh made his money as a coal merchant. Some have an even more vague idea that he might have cheated clients by undersupplying orders: for example, charging for 100 tons of coal and only delivering 95 tons. It is, of course, a bazaar rumour that is well off the mark.

It is therefore about time that this very private individual and his wife should be much better known and the full story of his amazing business successes should be told. Researching into their lives was not easy. Mackintosh was a reserved, family man who did not court publicity. He was not much of a public figure. He and his wife helped those who asked them for assistance in a quiet way. In addition, many of the records on the supply of coal at Gibraltar were destroyed in the 1950s by civil servants who thought they had no value, making it even harder to discover what part Mackintosh played in the development of this key commercial activity in Gibraltar.

So, it has required considerable effort on my part to try and rediscover what John Mackintosh actually did as a businessman, and who his wife was, and to piece together their portraits.

It will come as a surprise to many that Mackintosh was not born into great wealth. He was very much a self-made man. Indeed, his father died while his mother was pregnant, so he was born in Gibraltar into a one-parent family in 1865. This was a challenge, particularly as he had two elder sisters (who were also born in Gibraltar) and his mother had to bring up her three children single-handedly.

The story of John Mackintosh’s life, particularly in relation to his business activities – which extended well beyond being a leading coal merchant – is now told for the first time in the biography that I have written entitled Making a Difference: The Life and Times of John Mackintosh which is being published in December this year by the trustees of the Estate of John Mackintosh. It is full of surprises.

The talk that I shall give at the John Mackintosh Hall on November 11 at 11.00 a.m. will give a taster of what the book describes in much greater detail. The book will subsequently be on sale at the Gibraltar H