The shadow of Covid-19 over Machu Picchu, Iguazu and Rio

All photos by Bettina Manner.

Little did I expect that the scourge of today, the Coronavirus, was to overshadow my long-planned holiday, with my partner Bettina Manner, to the wondrous historical sights of Peru and to Rio de Janeiro in Brazil. The concern, however, about being able to get back home was ever-present after the first few days.

In the end we got out of Peru on the 14th March just two days before it closed its borders to the rest of the world, after cutting short our trip and having found one of the few flights leaving Brazil to London. 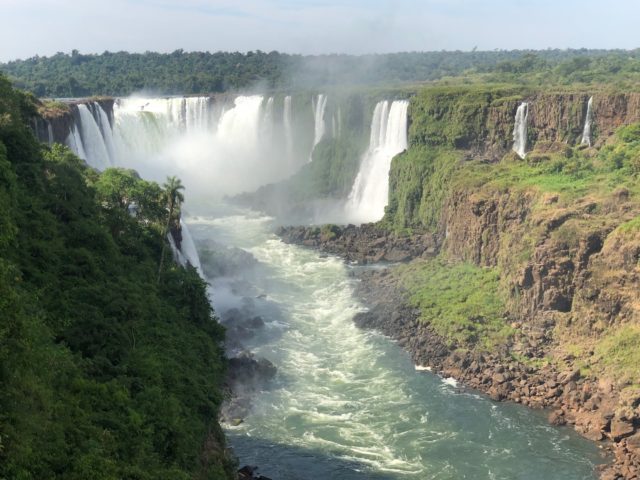 I had thought that travelling west to the South American continent was distancing myself from the virus from the East. It did not occur to me, at that time, that not only did the virus have no borders, but the potential for returning home could be stopped by measures taken in Europe, not just at my holiday destinations.

We caught our flight from Madrid to Lima on the 7th March. Our trip back in time to the marvels of Peru, that would take us to the legendry Machu Picchu, had started. The visits to the various sites in Peru were wonderful. We followed that with a visit to Brazil, to the Iguazu Falls and Rio de Janeiro.

A day after arriving in Peru saw us touring Lima in relative calm. We visited all the sights, the Parque del Amor in Miraflores, the panoramic view of la Huaca Pucilana, la Plaza de Armas with the Palacio de Gobierno and the Palacio Municipal, the Cathedral, the Convento de Santo Domingo and the Museo Larco.

The calm continued on the flight to Cuzco the following day. There we toured the city, visiting la Plaza de San Pedro, el Templo de Koricancha, walking through the city to el palacio Inca Roca, known today as Palacio Arzobispal, then to the Plaza de Armas to visit the Cathedral. 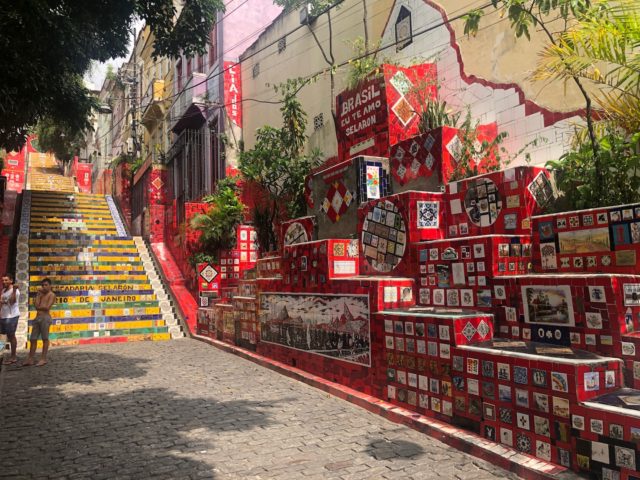 On the 10th March we visited the Valle Sagrado de los Incas, starting at its most typical and picturesque location, Chincheros. This was followed by a visit to Inca archaeological sites in various locations going on to the huge agricultural terraces at Moray in the shape of a huge amphitheatre, and ending the day at Ollantaytambo, an important Inca military, religious and agricultural centre.

Now, my apprehension was growing. News programmes were full of bad tidings in Italy and Spain, where the contagion was spreading fast and governments were beginning to act with restrictive measures; messages from family and friends becoming more insistent about my need to return home.

My problem was that we were out in the sticks, with a trip the following day further into the yonder. We were going to Machu Picchu and afterwards to the Iguazu Falls in Brazil, where, to add to my anxiety, help to reorganise our return was not to be had.

We pushed on with our trip. Machu Picchu was everything one could hope for. It is a tangible built-up symbol of the Incan Empire, built of cut stones, so expertly carved that they fit like a massive jigsaw, with no mortar to bind them together and so tight that no blade fits into any crack. It is indescribable. It needs a visit, one that we completed, despite the adversity brought about by the Coronavirus pandemic.

Meanwhile, to make matters worse rumours were growing that Peru would close its borders in a few days. We had one certainty; we had confirmed tickets out of Peru to the Iguazu Falls in Brazil for the 14th March. I decided that this was the best route to get out of Peru, and to start making our way home. 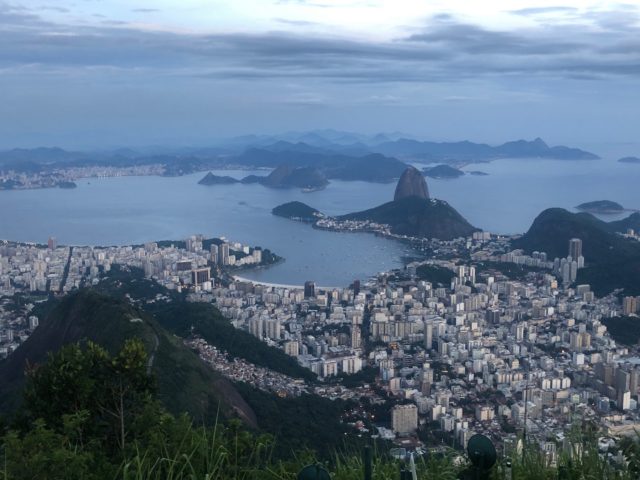 The visit to Iguazu was a temporary moment of relief from anxiety. A relief that was amplified by the distraction that was the beauty that unfolded on the visit to the Iguazu Falls on the 15th March, another World Heritage site and voted one of the ‘New Natural Wonders of the World’.

The panorama was so spectacular and beautiful that the reality and anxieties of the moment disappeared into irrelevance. Majestic does not do it justice, a must see for all. It was an extraordinary sight, on the borders of Brazil and Argentina, and close to the border of Paraguay. In normal times a visitor can cross into all three countries but that same day the borders were closed.

The distraction did not last long. The urgency caused by the pandemic was growing minute by minute. Immediately on arrival at Rio, I made arrangements for us to travel to London. I have nothing but praise for one individual, Joao Victor. He manned the Business Centre at my Rio hotel, the Miramar Hotel by Windsor. I asked him for help to find me flights to London as soon as possible, which he did brilliantly, leaving on the 17th March.

We could not return to Madrid; Spain had gone into lockdown. We could not get stuck there, without being able to get to Malaga and then Gibraltar. The expense of getting caught anywhere, including Madrid, would have been enormous. It was down to his massive effort and help that, to my relief, we got out of Rio.

Thankfully, we had one afternoon and morning to tour Rio. The afternoon was spent visiting the huge and amazing statue of Christ the Redeemer in the beauty of sunset, another of the ‘New Seven Wonders of the World’ and one reason why Rio is a World Heritage site. The site was closed the next day. Indeed, our tour of Rio and to Sugarloaf Mountain, scheduled for the following morning was cancelled, as other sites had been closed also.

We managed, a tour of Rio with a private car and guide, who showed us much, including the unique and magnificent Cathedral, the famous Selaron Steps and the impressive graffiti art that covers many parts. However, we missed out on 3 days of lounging, eating and drinking on Copacabana and Ipanema beaches.

Arrival at Heathrow on the 18th March signalled family, safety and familiarity. We had not made it home yet but, in my mind, I had made it to safety and comfort. The safety of being in, to me, well-known London. Also, the relief of being just one flight away from Gibraltar. A flight that I booked with British Airways immediately on arrival at Heathrow for Sunday 22nd March. I was going to take the minimum of chances, although flight cancelations were rife still.

On Sunday my flight was still on. It was frightening to see on the screens how many were cancelled. That afternoon, I opened the door to my home, I felt an actual physical release from anxiety. I was back, but to isolation: a blessed place to be at in the current situation.

I can see, now, the UK Governments efforts to get remaining British Citizens out of Peru, after it closed borders on the 16th March. I could so easily have been one of those stranded there and needing rescue! Thankfully. My only problem now is that my car is still at the garage next to Malaga Airport. What a lovely problem to have!

I had relied throughout, mistakenly as it turned out, on my travel company Catai, to advise. Not only did they not advise, it and its appointed agents in Peru and Brazil washed their hands throughout the trip. All I got was friendly and excellent guides. No one gave any help or advise about the virus, returning home or the effects of the pandemic on travel. Catai’s “24-hour helpline” shone by its absence, as did any emails or messages of advice.

In tackling anti-social behaviour, engagement and education are key