The Skywalk ‘is strong with the Force’

Flanked by two Stormtroopers from the Boogie Storm dance troupe, Mr Hamill declared: “May the Force be with the Skywalk.”

The image of Luke Skywalker standing on a glass platform against the iconic backdrop of the Rock of Gibraltar was widely circulated on social media yesterday.

It was almost like something out of a Star Wars movie, as the actor himself acknowledged.

“You certainly have the beauty that you need,” Mr Hamill, a first-time visitor to Gibraltar, said when asked if the Rock might qualify as a set location.

He drew a parallel to Skellig Michael, the rocky outcrop off Ireland where scenes for two of the Star Wars franchise movies – The Force Awakens and The Last Jedi – were filmed.

“It has the advantage of a 360 degree view, you see Africa, you see Spain, it is breath-taking really.”

And he joked: “Unlike Skellig Michael you can drive to the top of the Rock, which is much appreciated.” 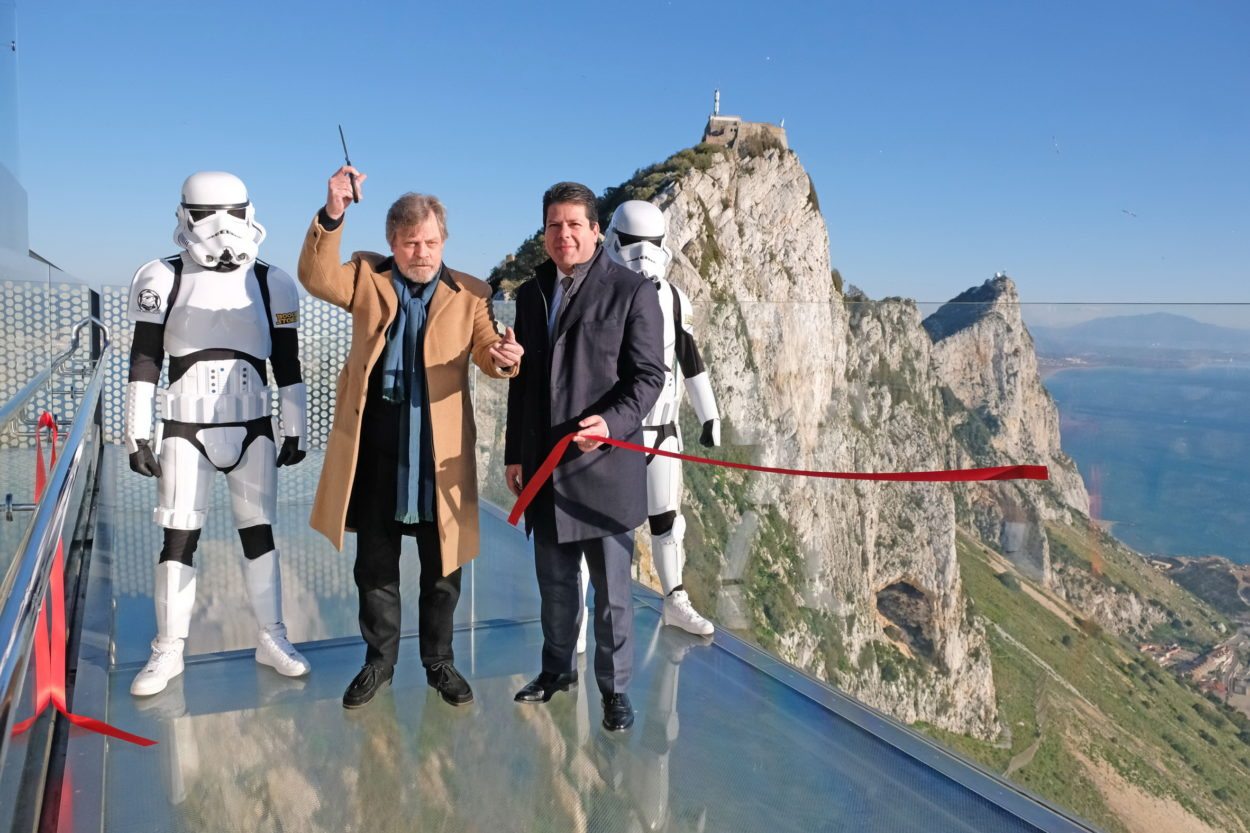 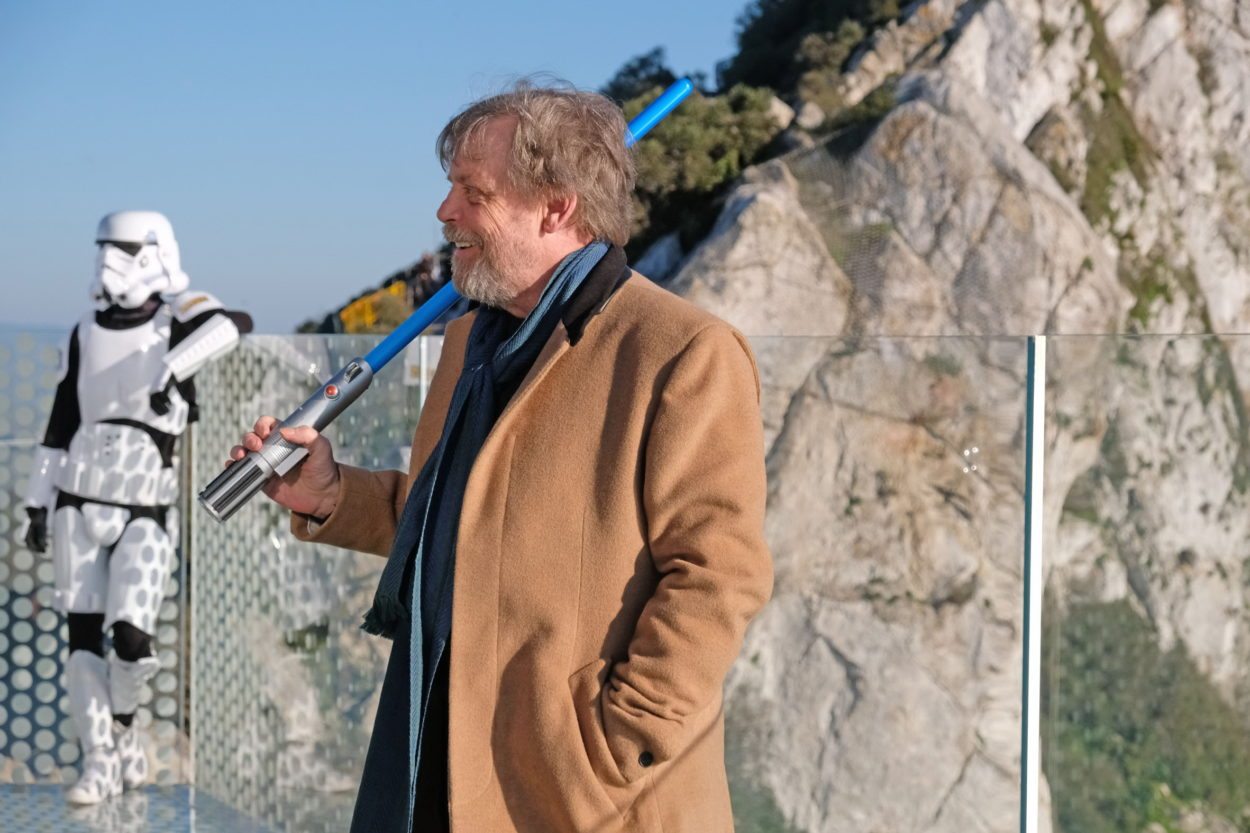 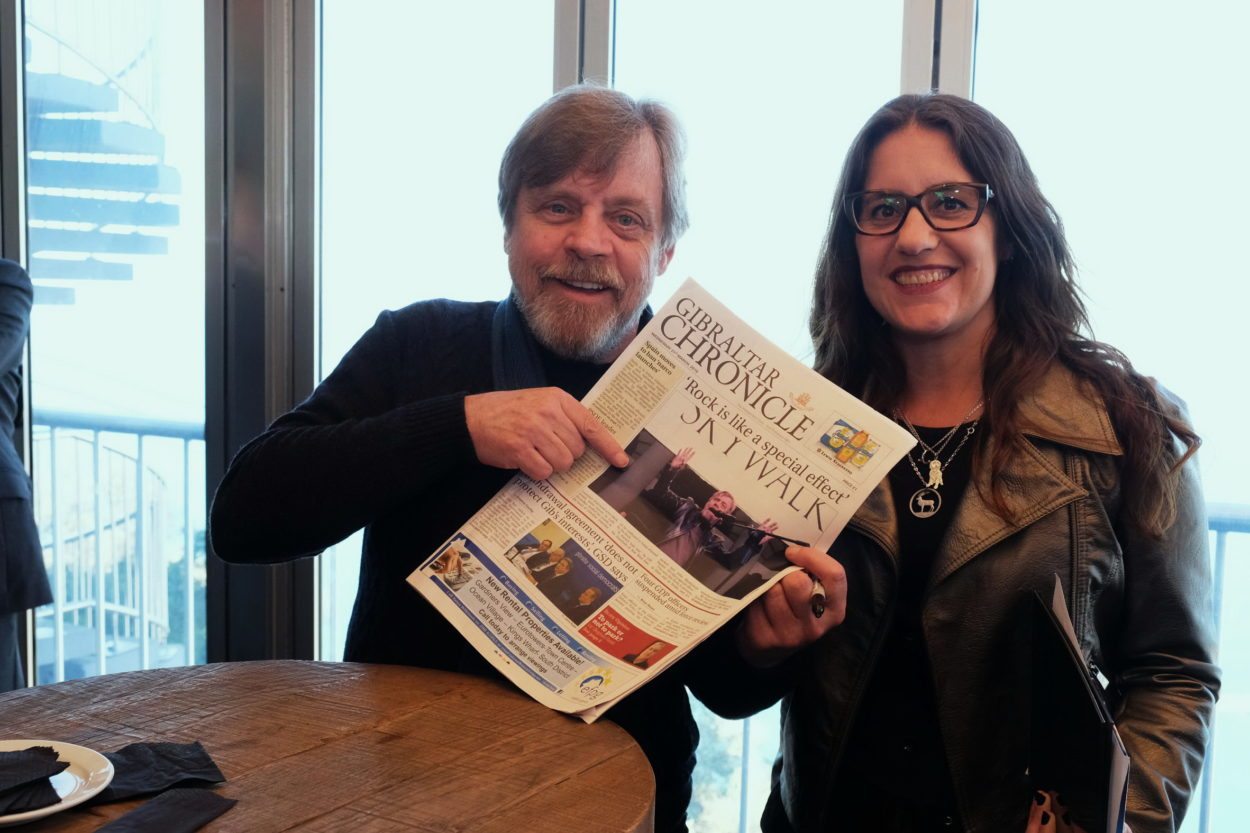 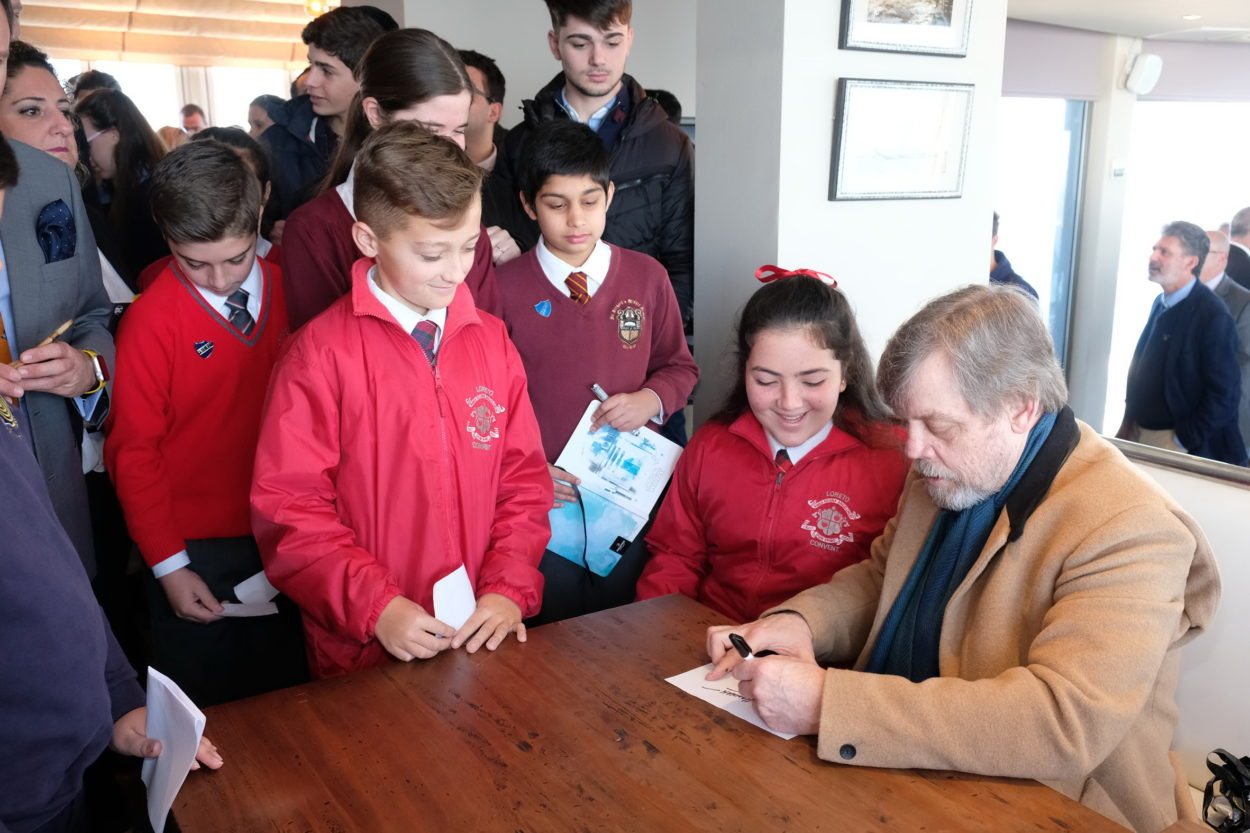 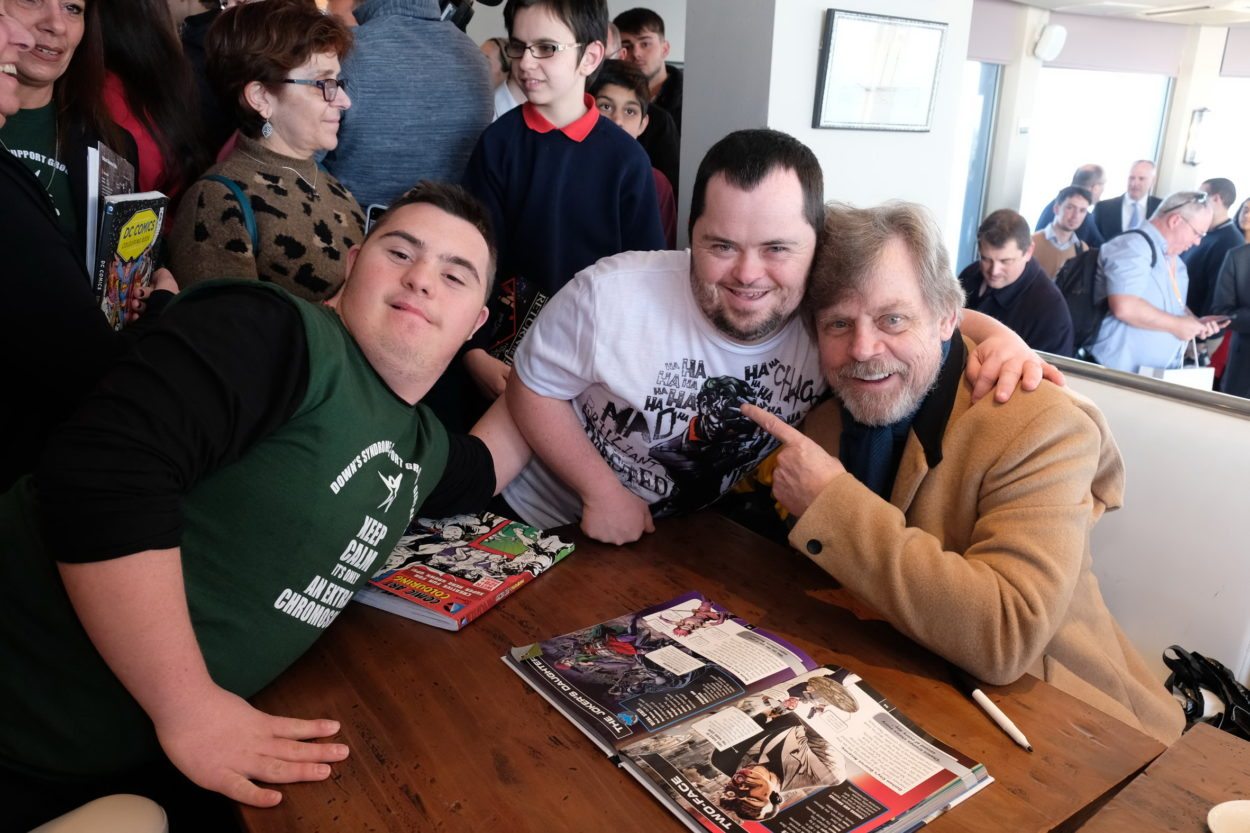 Also present were the actor’s wife Marilou and their daughter Chelsea.

“This is a very special day indeed,” Mr Picardo said, recalling that when he was told Gibraltar was to open something called the Skywalk, the movie Star Wars came to mind and in particular the character of Luke Skywalker.

“[It’s] the power of entertainment and how a movie like Star Wars goes around the world,” Mr Picardo said as he introduced guests to Mr Hamill at a reception in the Mons Calpe Suite at the Top of Rock.

“Whatever your culture, your nation, you have an infinity to some of the moral themes that run through that movie and with the characters of that movie.”

Also at the reception were head girls and boys from Gibraltar’s middle and secondary schools and the College, who were invited to represent of all the students and pupils in their respective schools.

Addressing them in particular at the event, Mr Hamill said: “It is so great to be here in Gibraltar with your Macaques, we don’t have those in Malibu, but if I would tell you one thing, all you young people, it is something I thought about when I was your age and was something that I tried to follow in my life, and that is to believe in yourself, to work hard and to never give up.”

“Anything is possible,” he added.

“I know the force is with each and every one of you.”

Mr Hamill, who recently got his star on the Hollywood Walk of Fame, had positive things to say about Gibraltar and why he had decided to visit the Rock.

He called the Rock “just beautiful.”

“This weather is incredible. I am from Malibu [and] we are used to this type of weather.”

“I always look to take advantage of offers and I thought I have never been to Gibraltar, it’s a great opportunity to see the world and do a little good and meet the students and so forth.”

Mr Hamill also reflected on the choice of name for the tourist attraction, which encompasses a viewing platform and glass walkway hanging out over the cliff some 340 metres above sea level.

“If they hadn’t called it Skywalk, I might not be here.”

“They could have called it something else, so I am very, very lucky.”

The Gibraltar Skywalk is now officially open and is free for all to visit until April 1.

After that, it is free for locals but tourists will need a valid Gibraltar Nature Reserve pass to enter.

The Skywalk can carry the weight of 340 people standing on it at the same time but visitor numbers will be limited to 50 at any one time.

The Gibraltar Government hopes that publicity surrounding the opening event will help put the new attraction on the international map and add to Gibraltar’s tourism offering.

Not everyone was impressed by the fanfare surround yesterday’s event though.

Keith Azopardi, the Leader of the GSD, took to social media and suggested that the money spent on the opening – which included a public event in John Mackintosh Square on Tuesday – would have been better invested elsewhere.

“Luke Skywalker and his Stormtroopers open a perch up the Rock,” he tweeted.

“How about we put the people's cash into the health service instead?”