These are the books set to create a buzz in 2021

Turning the page on another year, experts offer their predictions of what’s going to be hot in the world of books for 2021.

It’s going to be a sizzling year for new books in 2021, from dazzling debuts and celebrity memoirs to tomes exploring diversity, as well as light-hearted reads and even a revisiting of Bridget Jones.

Many key titles were delayed due to the pandemic, so there should be a bumper crop of books to bag in 2021, but keep an eye on changing publication dates as the year progresses.

Caroline Sanderson, associate editor of trade publication The Bookseller, observes: “I suppose if there is a trend, in the wake of Black Lives Matter there are a lot of books looking at race and identity, with lots of interesting stories emerging.”

Bea Carvalho, fiction buyer at Waterstones, adds: “The publishing industry has a lot of work to do in representation and diversity, and publishers are getting better at finding talent from more diverse backgrounds.”

“Another trend which is continuing is the ‘locked room’ type mystery, where you have a group of people in a confined space and it’s got to be one of them, which we saw with Lucy Foley’s The Hunting Party,” says The Bookseller’s books editor Alice O’Keeffe.

Can you believe it’s 25 years since Helen Fielding introduced us to the wine-swilling 30-something singleton in London, trying to make sense of life and love in Bridget Jones’s Diary, played by Renee Zellweger in the films? The new reissue (Picador, Feb 4) features 100 pages of rare and previously unseen material, so publishers are predicting fans will grab a copy for old times’ sake.

Dipping her toes further into the water of crime novels, popular writer Adele Parks gives us Both Of You (HQ, May 27), in which two women go missing in the same week and the investigating detective has a hunch the disappearances are connected.

Waterstones is predicting Klara And The Sun by Kazuo Ishiguro (Faber & Faber, Mar 2), his first novel since winning the Nobel Prize for Literature, is going to be a big seller. It focuses on Klara, an Artificial Friend who watches customers come in the store to browse, and who remains hopeful they will choose her.

Other big names with new fiction out for 2021 include Haruki Murakami with First Person Singular (Vintage, Apr 6), a collection of short stories, while Jon McGregor gives us Lean Fall Stand (Fourth Estate, Apr 29), which tackles heroism and sacrifice when an Antarctic research expedition goes wrong, with far-reaching consequences.

There’s a buzz around Luster by Raven Leilani (Picador, Jan 21), already a hit in the US. It sees a young black woman navigating life in New York begin a relationship with an older white man in an open marriage; she becomes embroiled in his family as she also gets to know his wife. Leilani’s voice is fresh, sharp and caustically funny.

Another debut to keep an eye on is Girl A by Abigail Dean (HarperCollins, Jan 21), which was sold in the UK after a nine-way auction – TV and film rights have already been sold. It focuses on the eponymous Girl A, now an adult lawyer who survived a horrific upbringing in a house of horrors. When her mother dies in prison, she’s bequeathed the family home where she must come to terms with the past, alongside her six siblings.

Watch out for The Prophets by Robert Jones Jr (riverrun, Jan 5), set on a plantation in Mississippi, which tells of the forbidden love between two enslaved men who find in each other a refuge and hope in a world dominated by brutal masters.

From Georgina Lawton comes Raceless (Sphere, Feb 4), her story of being raised by white parents and her challenging journey of self-discovery as an adult as she tries to unravel her racial identity, and the deceit her parents wove around her.

Brown Baby: A Memoir Of Race, Family Home by Nikesh Shukla (Bluebird, Feb 4), is an inspiring memoir about how to find hope and even happiness in a world of grief and racism, explored from Shukla’s perspective as a father.

In spring, social media influencer and Instagram star Sophie Williams brings us Millennial Black (HQ, Apr 15) a much-needed roadmap for young black women striving to progress in the workplace in 2021 and beyond, together with actionable steps to succeed in what can often be hostile environments.

Legendary children’s author Michael Rosen brings us Many Different Kinds Of Love (Ebury, Mar 18), an account of his battle with Covid-19, in a sort of prose and poetry format.

For those who want to look at the government’s handlings of the pandemic, Failures Of State by Jonathan Calvert and George Arbuthnott (HarperCollins, Mar 18) offers the findings of the Insight investigative team from the Sunday Times and their reflections on the situation, publishing to coincide with the anniversary of the first lockdown.

For those who loved The Crown and want to find out more about the behind-the-scenes shenanigans in royal circles, look out for royal biographer Andrew Morton’s forthcoming offering, Elizabeth & Margaret: The Intimate World Of The Windsor Sisters (Michael O’Mara, Mar 30), which will no doubt shed more light on the relationship between the Queen and her sister. 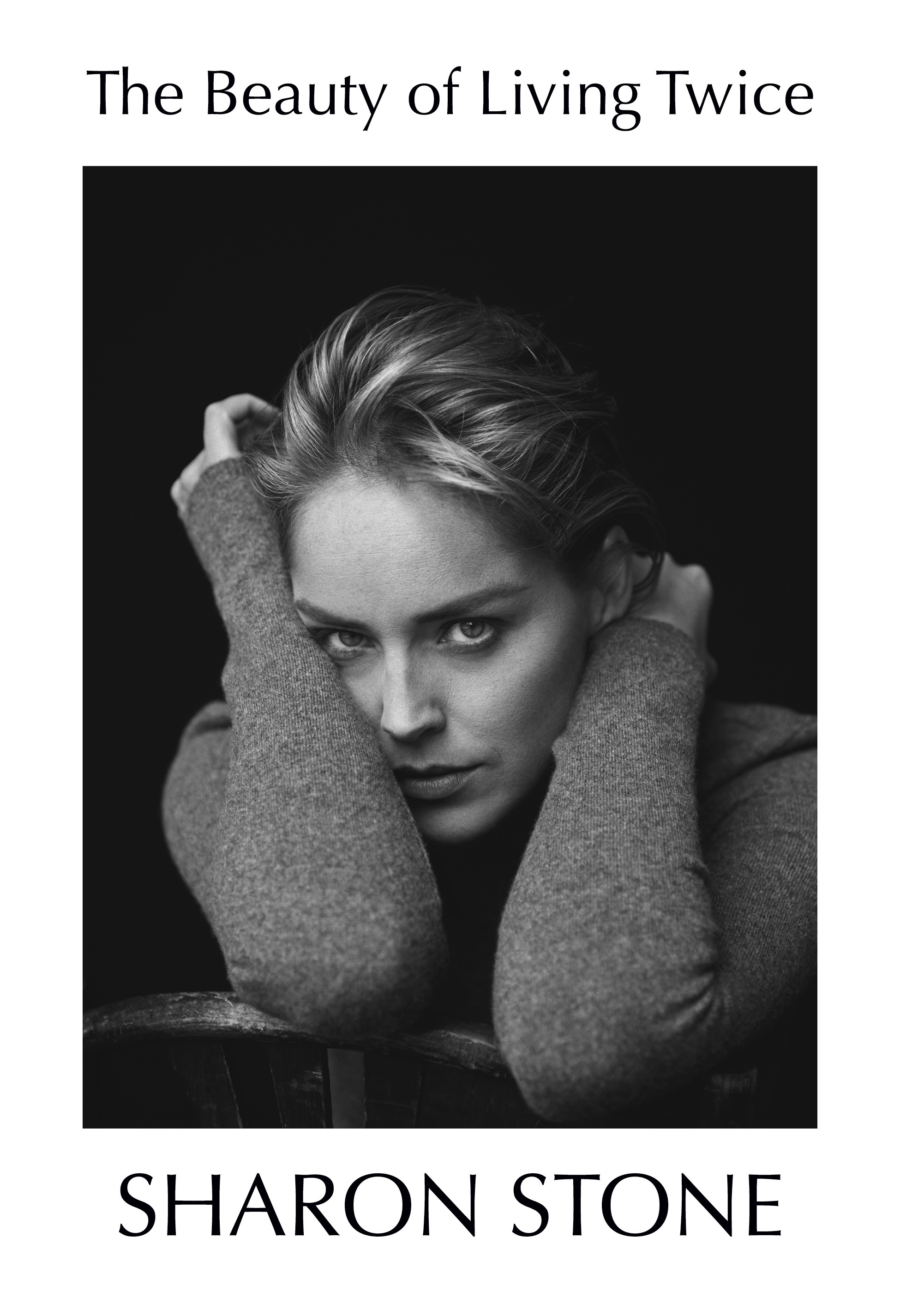 There’s a flurry of offerings from celebrity names in 2021, from Mel Giedroyc’s debut novel The Best Things (Headline Review, Apr 1), a big-hearted story about a family on the brink; to The Beauty Of Living Twice, the memoir of Sharon Stone (Allen & Unwin, Apr 1); and an uplifting, empowering guide from Louise Redknapp called You’ve Got This (Mar 4, Piatkus).

For those who love pet stories, check out broadcaster Nicky Campbell’s One Of The Family (Hodder & Stoughton, Feb 18), as he recounts how his faithful labrador, Maxwell, helped him come to terms with his difficult journey as an adopted child.

And there’s a heartfelt read from Reverend Richard Coles, whose partner of 12 years, Reverend David Coles, died last year unexpectedly. Coles now gives us The Madness Of Grief (April, Weidenfeld), writing about how he has come to terms with his loss.

Familiar names who always deliver include Kate Mosse, whose new novel The City Of Tears (Pan Macmillan, Jan 21), the second historical epic in The Burning Chambers series, is a story of love and loss, war and displacement sweeping from Carcassonne to South Africa.

The hugely popular Elly Griffiths brings us Nighthawk (Quercus, Feb 4), another tale involving forensic archaeologist Dr Ruth Galloway that finds her investigating the death of a boy whose body is found by a group of metal detectorists.

There’s a huge publicity campaign for The Push by Ashley Audrain (Penguin Michael Joseph, Jan 7) which charts the experiences of a new mother who finds motherhood isn’t what she hoped for. She starts to fear something is wrong with her daughter but also that there’s something terrifyingly wrong with her.

Meanwhile, acclaimed author Belinda Bauer brings us Exit (Bantam, Jan 21), her first thriller since her Booker Prize long-listed Snap, in which an old man, part of a network called the Exiteers, keeps a dying man company as he takes his final breath – until something goes wrong and he finds himself on the run.

And former top-10 British freestyle snowboarder Allie Reynolds brings us Shiver (Headline, Jan 21) a debut set in the world of high stakes snowboarding, in which a woman accepts an invitation for a reunion in a deserted lodge in the French alps with four fellow athletes she hasn’t seen for a decade. Soon, buried secrets come to light with dangerous consequences. This one sold after a 10-publisher auction and the TV rights have already been sold.