Thousands of protesters have marched through central London calling for the UK to rejoin the EU.

The National Rejoin March on Saturday saw large crowds of people walk from Park Lane to Parliament Square. Marchers from across the UK travelled for hours to attend.

Parliament Square Garden, the last stop on the march for the rally, saw a sea of blue and yellow as supporters waved EU flags and carried placards.

Some signs said: “Brexit was never going to work”, “For lower bills #rejoin the EU” and “We voted romaine”.

Nikki Ajibade, a 60-year-old teacher from Warwickshire, was at the march with her sister.

She said: “We feel very strongly that the situation we’re in now, you can trace it back directly to 2016 referendum, which was supposedly an advisory referendum.

“It wasn’t a supermajority result, 52 and 48 is not something that you can just completely upturn and upend the whole country. Look six years on where we are. So we feel very strongly that we need to get a sensible government in place, general election now, because this lot are squabbling like rats in a sack.” 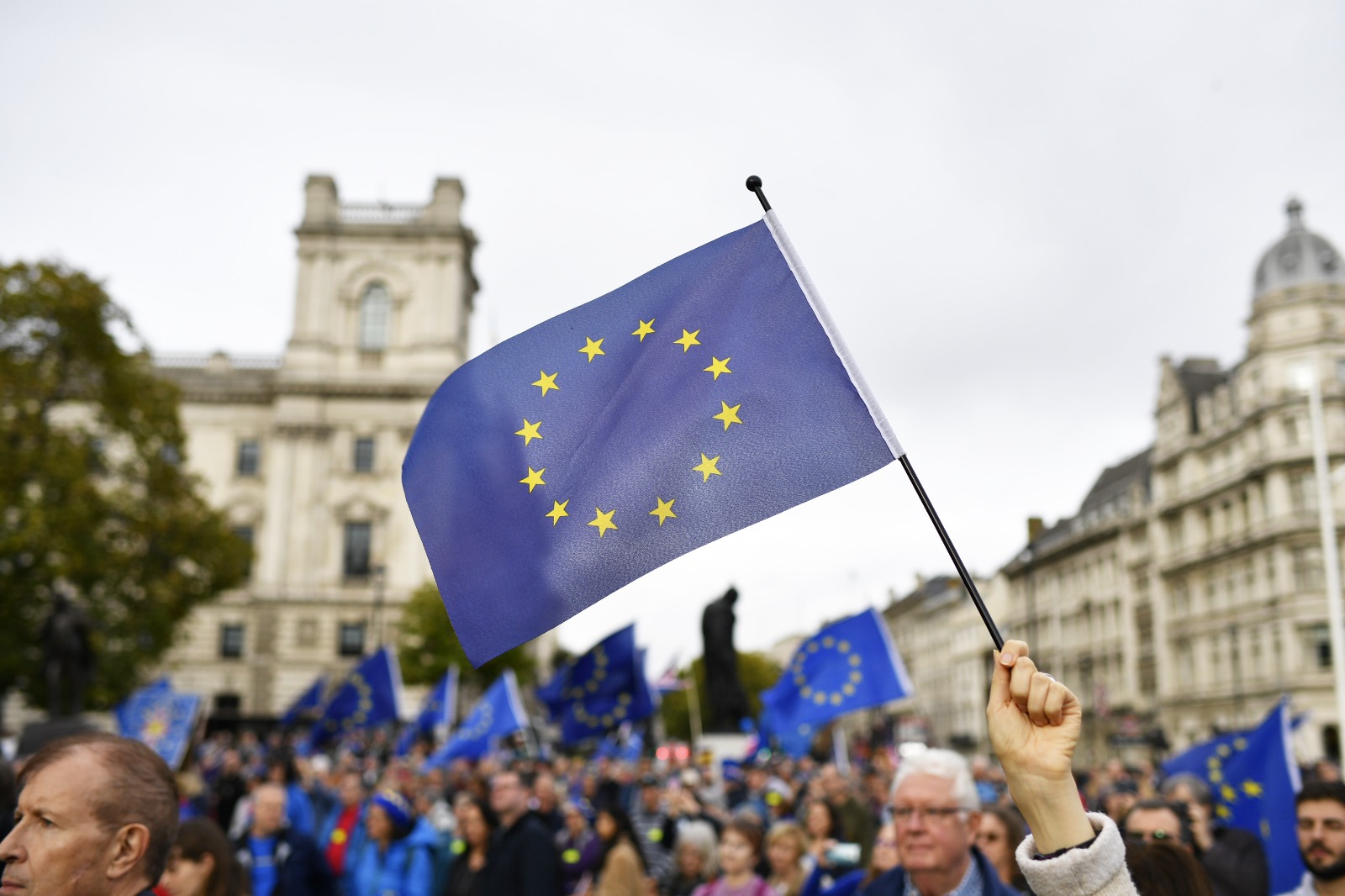 When asked about Boris Johnson potentially throwing his hat in the ring to become prime minister again, Ms Ajibade said: “If they’re thinking that Boris Johnson is the answer, they haven’t understood the question, come on this is just ridiculous.

“I’m not worried about Boris Johnson coming in. I’m not worried. I think it would be absolutely brilliant, because then he would be the last nail in the Tory coffin.

“It is a national disgrace, an international laughing stock, that’s what they’ve turned us into.”

Oliver Jackson, a 26-year-old warehouse worker from Dorset, said that it was important for politicians to listen to those who wanted to rejoin the EU.

He said: “We need to get our voice heard. And especially during all this chaos, we can’t let this be left out. Honestly, the best way to get the UK back on track is to rejoin, at the very least, the single market and then the EU.

“Brexit has been the slow death that has been bleeding the UK dry for years.” 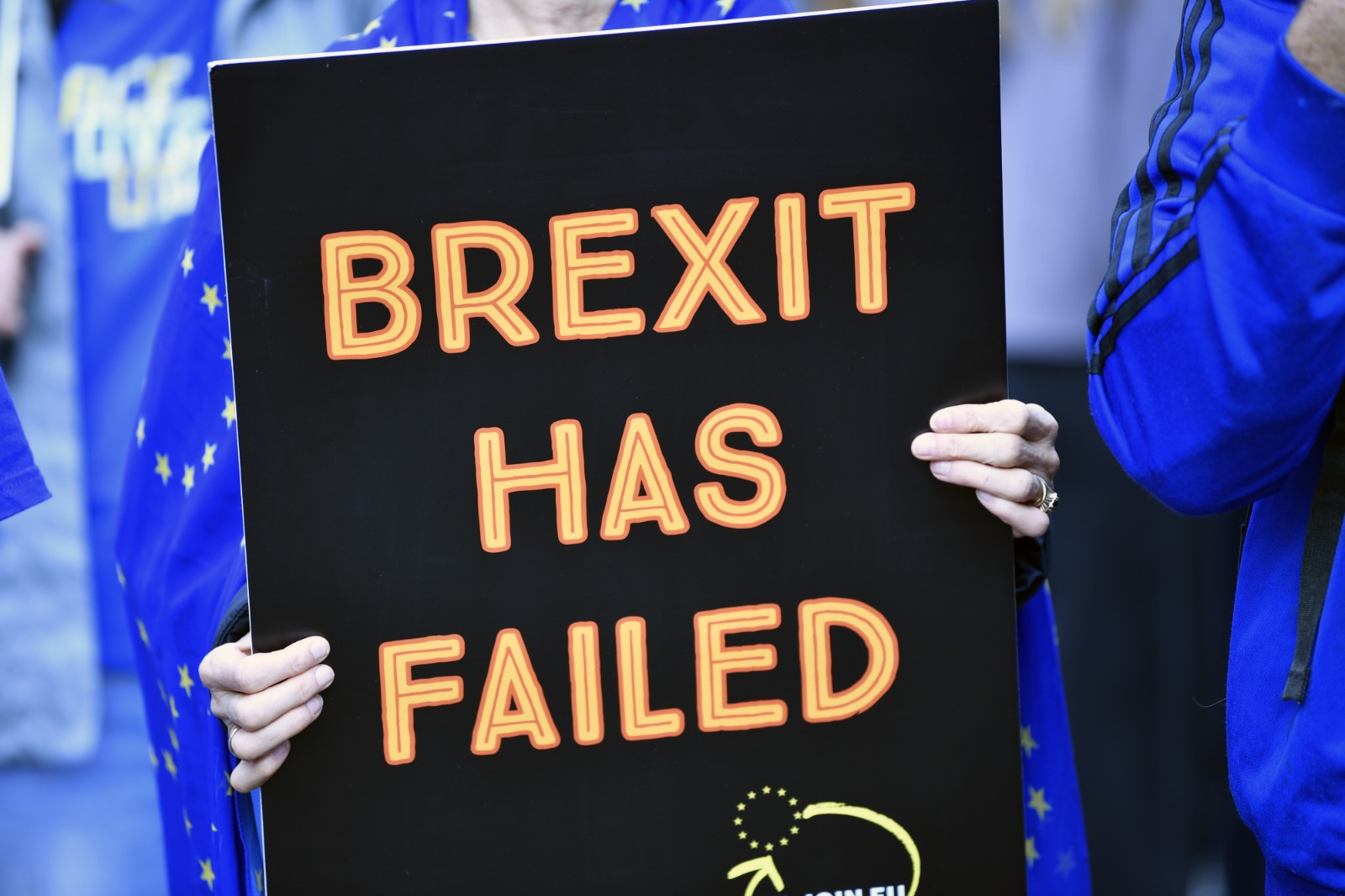 The crowd also chanted “Tories out” and booed when speakers discussed the prospect of Boris Johnson potentially running to become prime minister again.

Tony Harold, 44, from Poole, who works in the share market, said that Brexit affected him as he has a property in Spain.

He said: “We’ve seen the damage and it’s all been downhill ever since it started.

“Personally, I have a second home in Spain, and I’ve been impacted directly. It puts me very much top of the pile. But I’ve seen the benefits of the EU, and free movement, both myself and other people around me.

“It allows you to come and go as you will and it enriches lives. It makes people better,

“It gives more of a life experience and it’s very sad to see that go.”

Joshua Allotey, 57, from Winchester, who works for a local authority, believed the UK would continue to suffer because of having left the EU.

He said: “Leaving was a bad mistake. It’s already cost the UK a lot. And unless we go back, it will carry on costing us. It was an ill-fought idea. It was driven by ideology and it’s not actually designed to help the UK. We’re better off inside the EU.

“In long term, we’re going to suffer because we’re not able to sell and buy from Europe, which is our biggest market.“