It’s not every day you see the City of London Police on Gibraltar’s Main Street.

But that’s what happened on Friday after two of their officers teamed up with the Royal Gibraltar Police and the Gibraltar Defence Police for Project Servator deployments at several locations around the Rock.

The London-based cops were in town to help deliver specialist training to the two forces during an intensive five-day course.

As part of the training, the three forces deployed to a number of locations around the Rock for high-visibility patrols.

Project Servator is a policing tactic used to deter, detect and disrupt a wide range of criminal activity, including pick-pocketing, theft, hostile reconnaissance and terrorism activity.

The patrols also provide a reassuring presence for the community and visitors to the Rock – and are used by a number of police forces in the UK and Australia. 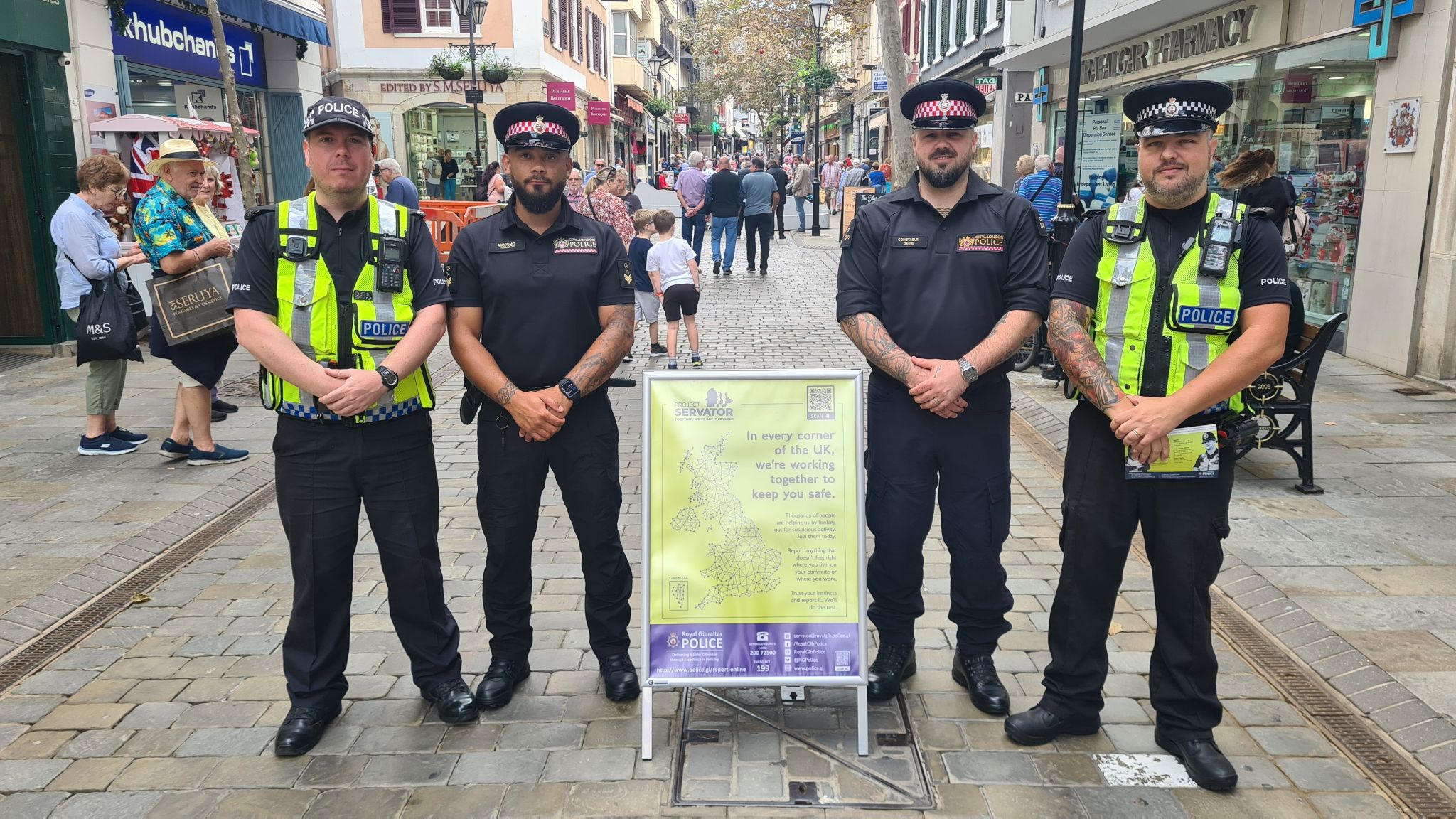 Chief Inspector Paul Chipolina, who coordinates Project Servator activity as part of a wider portfolio, said: “As part of ensuring business as usual in achieving the Annual Policing Plan priorities relating to National Security, our officers continue to receive specialist training throughout the year, enabling the RGP to continue with intelligence-led and unpredictable police deployments to disrupt criminality and terrorism.”

“Since adopting this policing tactic in 2017, we have enjoyed an excellent close working relationship with our colleagues at the National Project Servator Team based at the City of London, who have supported us this week in delivering the latest round of specialist training, which has included some colleagues from the Gibraltar Defence Police whom we had extended an invitation to.”

“It’s important that we continue creating a network of vigilance and a difficult operating environment for terrorists who may be considering their targets or individuals looking to commit crime.”

“Each of us can play a part in keeping Gibraltar safe by being alert but not alarmed, trusting our instincts and reporting anything that doesn’t feel right either to security staff or a police officer, via the RGP’s online reporting portal: www.police.gi/report- online or by calling 199 in an emergency.”