The Governor, Sir David Steel, signs the condolence book in the foyer of the Convent. Pic: Johnny Bugeja

Solemn tributes were paid to the Duke of Edinburgh at the foyer of the Convent on Monday with members of the public writing their messages in a condolence book.

The Governor, Vice Admiral Sir David Steel, was the first to write a touching message in remembrance of the late Prince.

Prince Philip, aged 99, passed on Friday and over the next few days the public can write their messages.

Chief Minister Fabian Picardo was the second to pen a message. 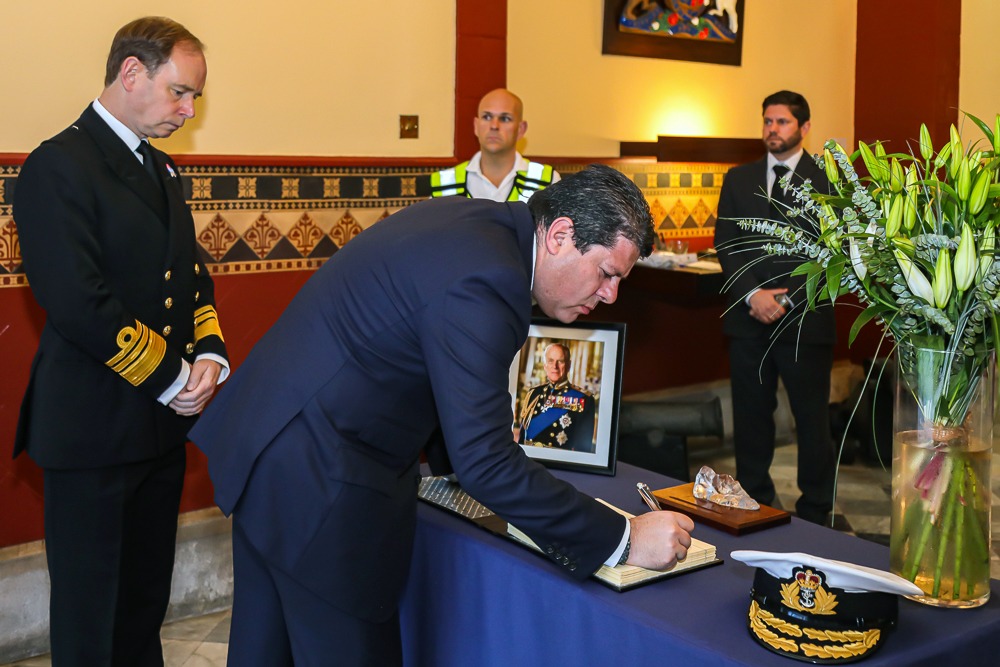 “We have lost a friend and a hugely important part of the most precious institution our Royal family,” Mr Picardo wrote.

Tributes followed with Leader of the Opposition Keith Azopardi, Leader of Together Gibraltar Marlene Hassan Nahon, GSD MP Damon Bossino, Chairman of the Board of Trustees of the Duke of Edinburgh Award in Gibraltar, David Dumas and National Director of the Award in Gibraltar Michael Pizzarello also giving their tributes. 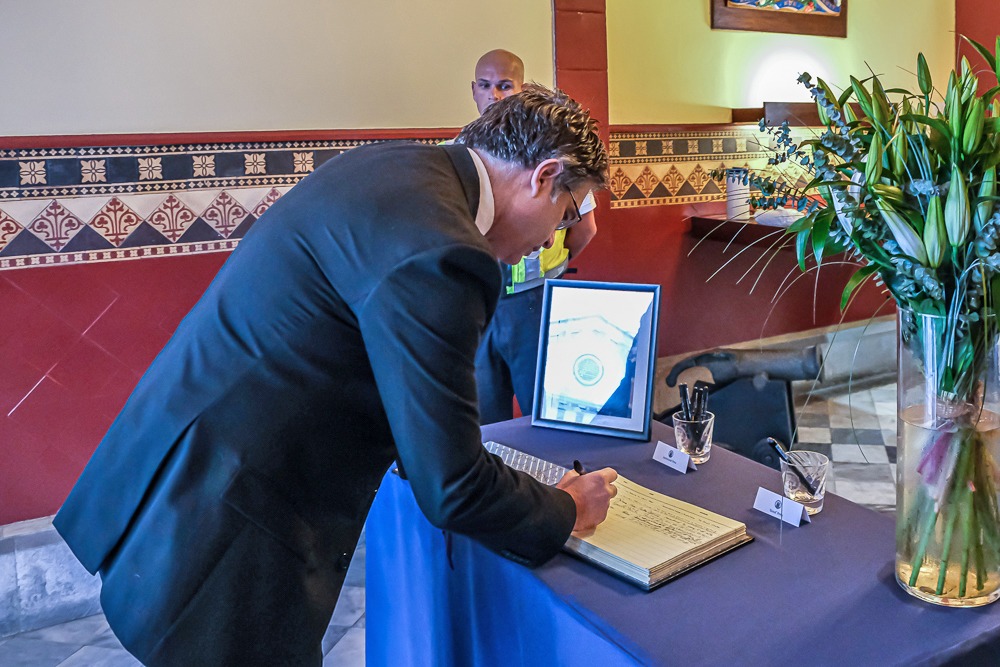 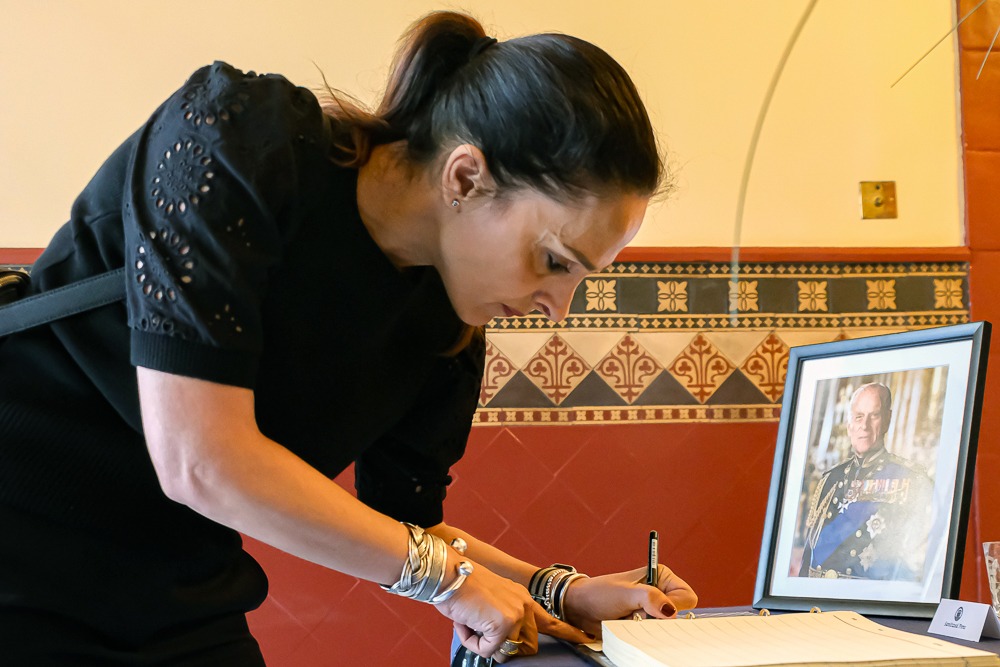 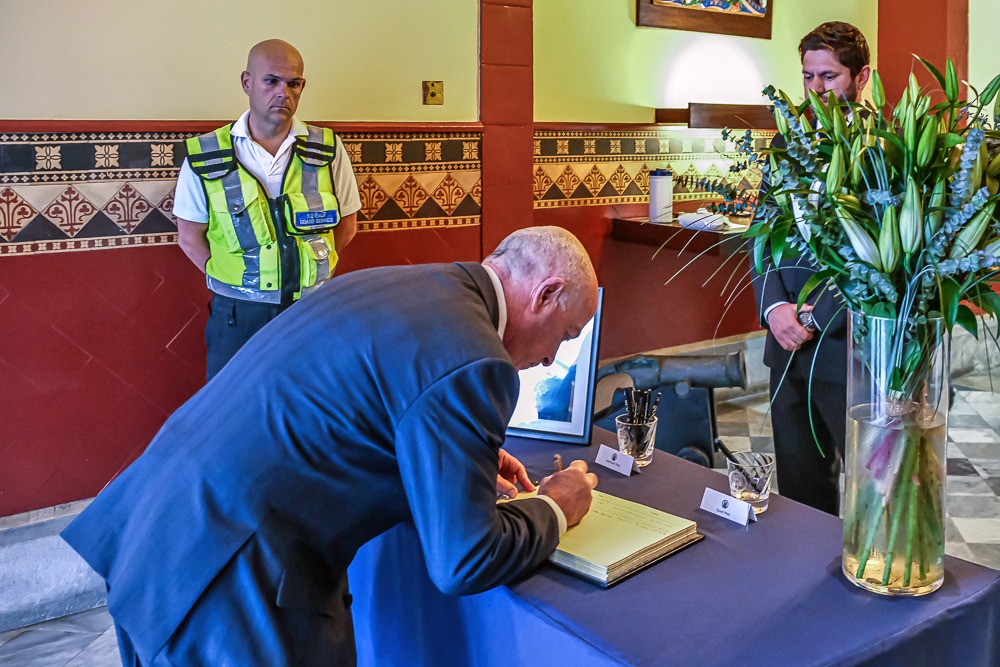 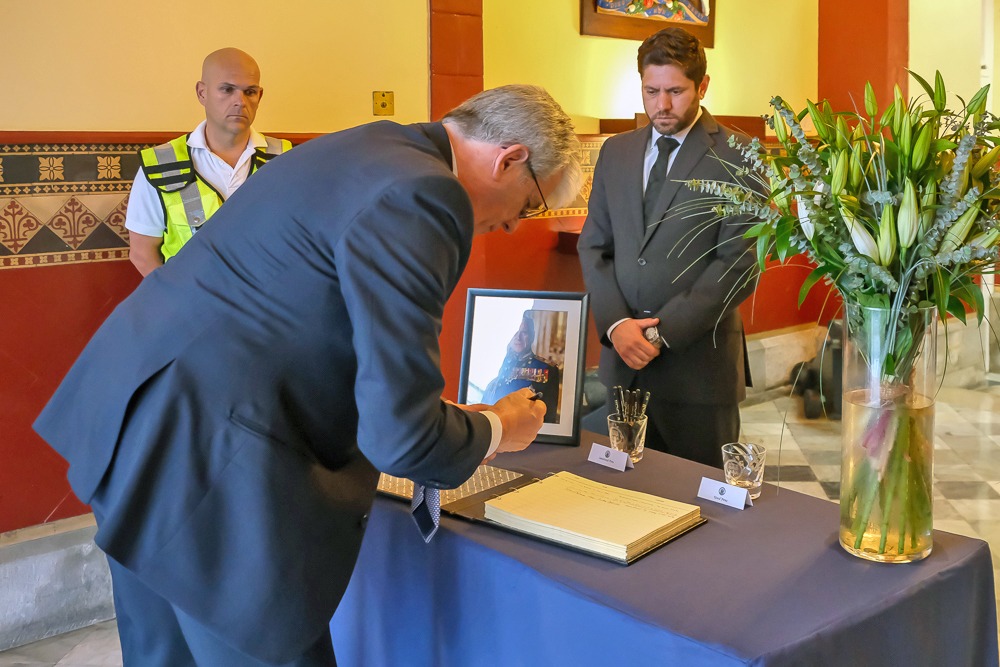 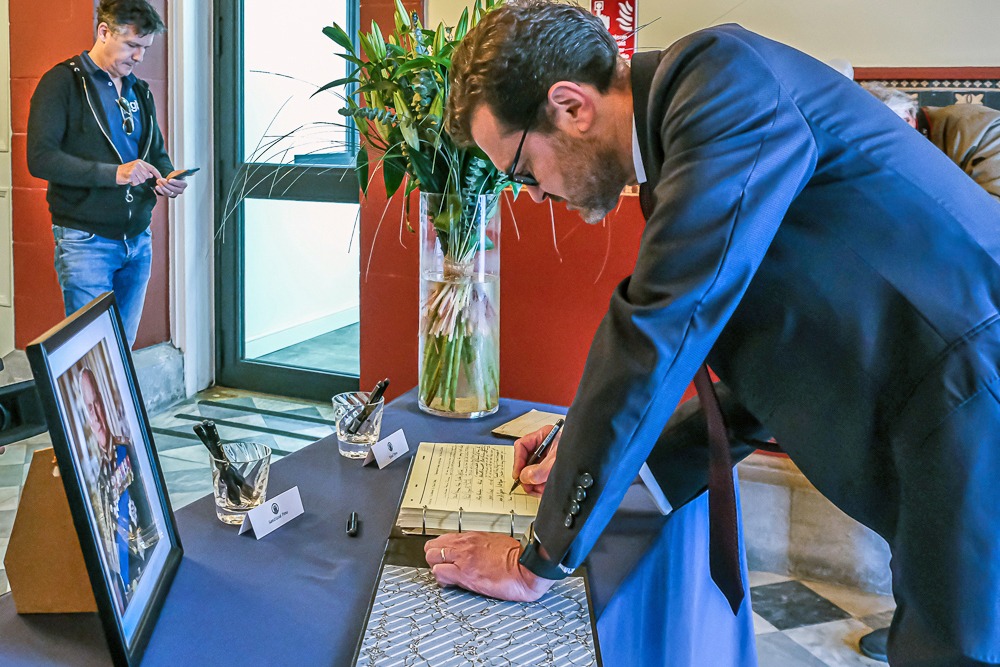 The condolence book will be available to members of the public in the foyer of The Convent daily from 9am to 5pm until Friday.

The Convent said public health guidance including social distancing will be observed at all times.

Due to the coronavirus pandemic an online condolence book has been set up in the UK.

The webpage said that a selection of messages will be passed on to members of the royal family and may be held in the Royal Archives for posterity.

“An Online Book of Condolence is now available on the Royal website for those who wish to send a personal message of condolence."

“During the current public health situation, Books of Condolence will not be available for the public to sign."

“The Royal Family ask that members of the public consider making a donation to a charity instead of leaving floral tributes in memory of The Duke.”

It is not the first time that an online book of condolence has been opened following the death of a member of the royal family.

After the death of Princess Diana in 1997 a special page for condolences was attached to a section of Buckingham Palace’s official website.

Online books of condolence were also set up after the deaths of the Queen Mother and Princess Margaret in 2002.

The online book of condolence can be found on: www.royal.uk/condolence