The two RGP officers receiving their medals on Sunday during a ceremony in Tarifa.

The senior Guardia Civil commander in the Campo de Gibraltar on Sunday acknowledged the “excellent police cooperation” that exists with the Royal Gibraltar Police, during a ceremony in which two RGP officers were presented with medals of merit for their work tackling cross-border crime.

In full RGP uniform and in the presence of dignitaries from Madrid, the Campo and Andalucia, Chief Inspector Sean Perera and Detective Inspector Craig Goldwin were presented with their Order of Merit medals during the annual Virgen del Pilar ceremony in Tarifa in honour of the patron of the Guardia Civil.

The medals were in recognition of their cross-frontier work alongside the Guardia Civil in money laundering and drug trafficking operations.

In front of a large audience, the two RGP officers were praised for their involvement in a number of international operations carried out in 2019. 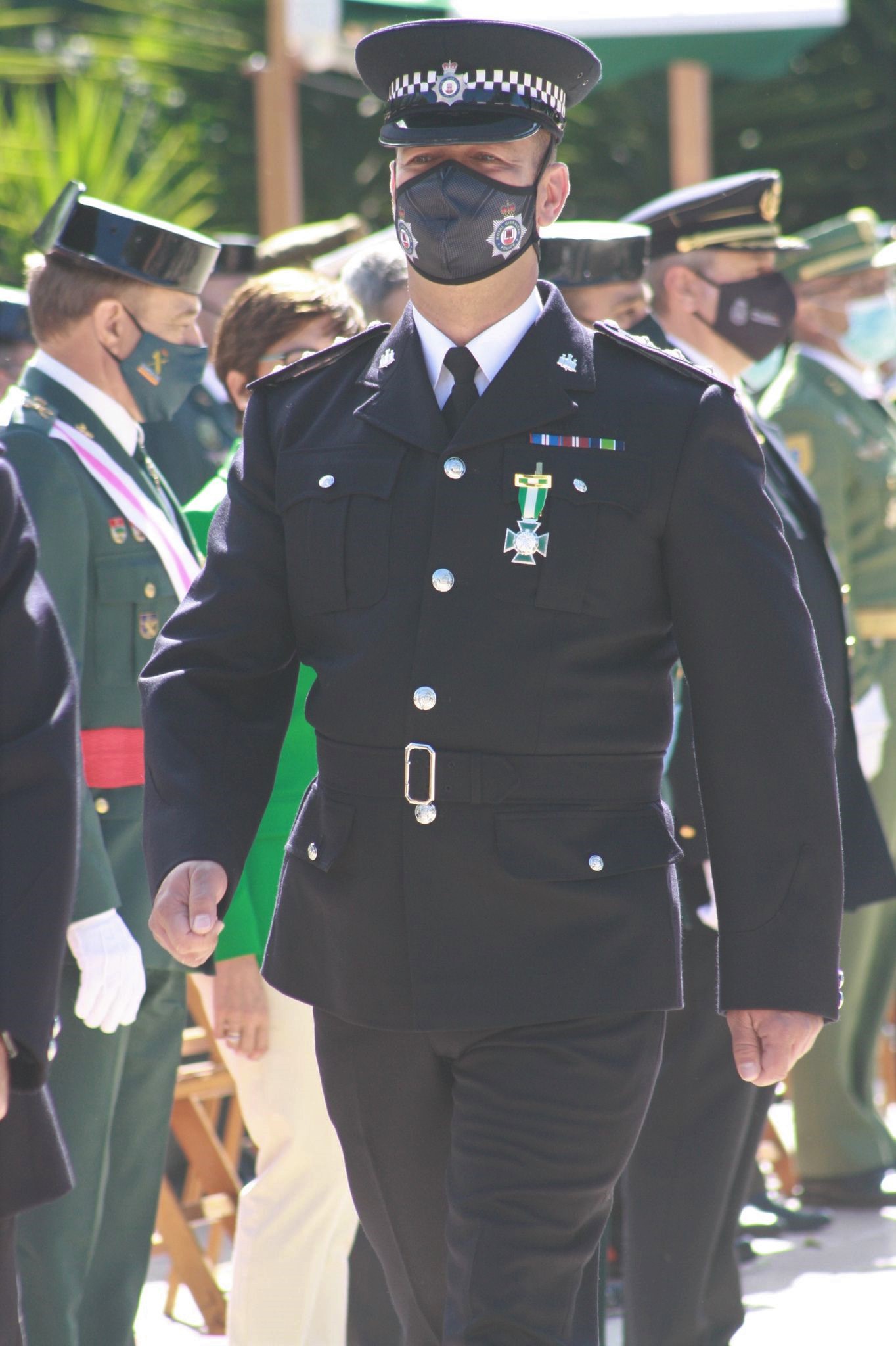 These operations targeted members of a high profile Spanish crime syndicate which used Gibraltar to carry out some of its money laundering operations and as a hiding place, out of reach of the Guardia Civil.

Following other Guardia Civil operations in Spain, a total of 103 individuals from this organised crime group were arrested, including all its senior figures. In addition, numerous high value assets were seized.

In the collaborative operation, the two RGP officers had been involved in a range of activities, including intelligence-gathering, searches, arrests and the extradition of several people from Gibraltar into Spain. 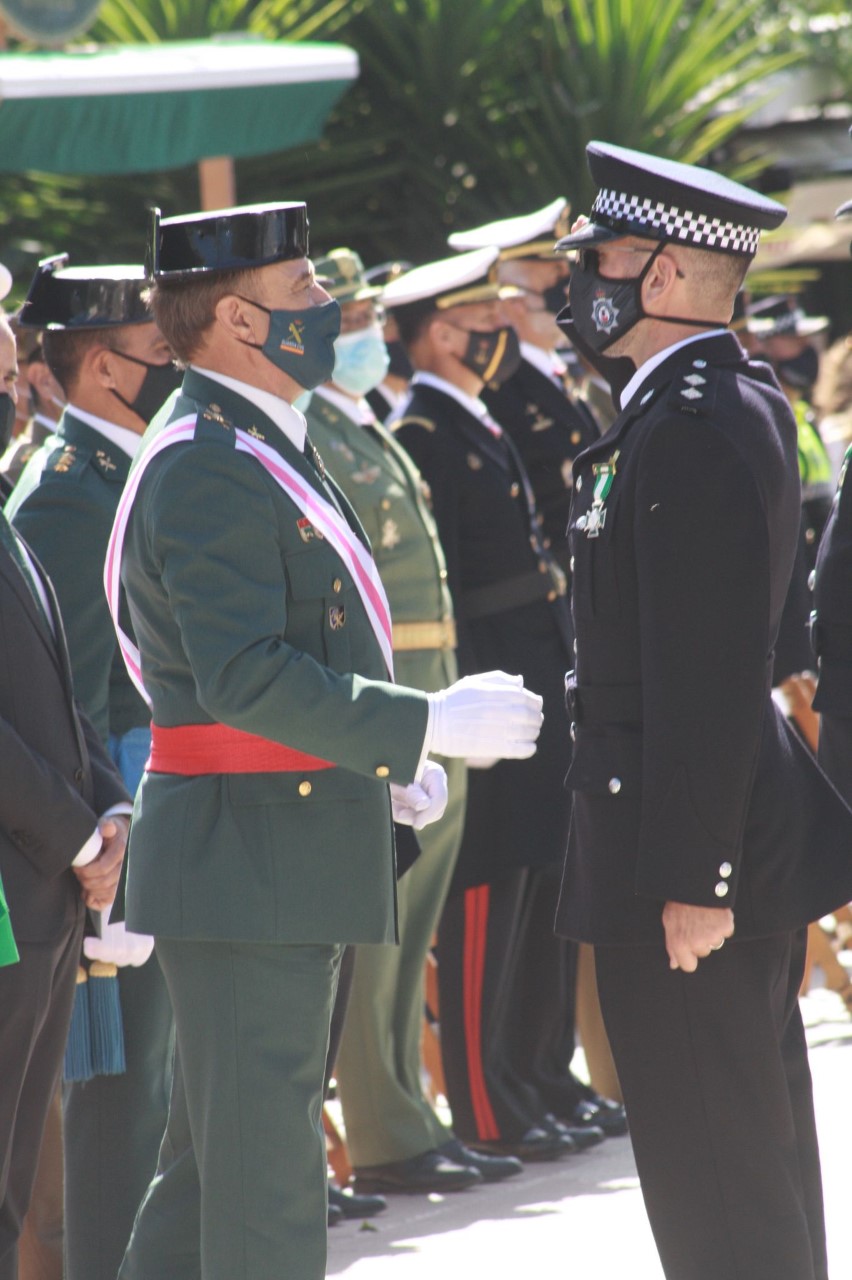 The work of the two RGP officers was recognised at senior levels within the Guardia Civil but the final approval for these awards to be presented to Chief Inspector Perera and Detective Inspector Goldwin came from Fernando Grande-Marlaska, the Spanish Minister for the Interior.

Earlier during the ceremony, Guardia Civil colonel Francisco Almansa, who heads the Guardia Civil headquarters in Algeciras and is in command of all operations in the Campo de Gibraltar, congratulated the two Gibraltarian officers.

“I want to highlight the law enforcement cooperation that the Guardia Civil maintains with the Royal Gibraltar Police,” Colonel Almansa said during his address to dignitaries and guests.

“While there may be a legal dispute over the sovereignty of the waters [around the Rock] or the future of the negotiations for an agreement between the European Union and the United Kingdom over Gibraltar, there is excellent police cooperation between law enforcement professionals on either side of the fence.”

“We are hopeful that these negotiations will discuss and agree a package of legal tools to allow of the exchange of information and in that way continue advancing our investigations jointly.” 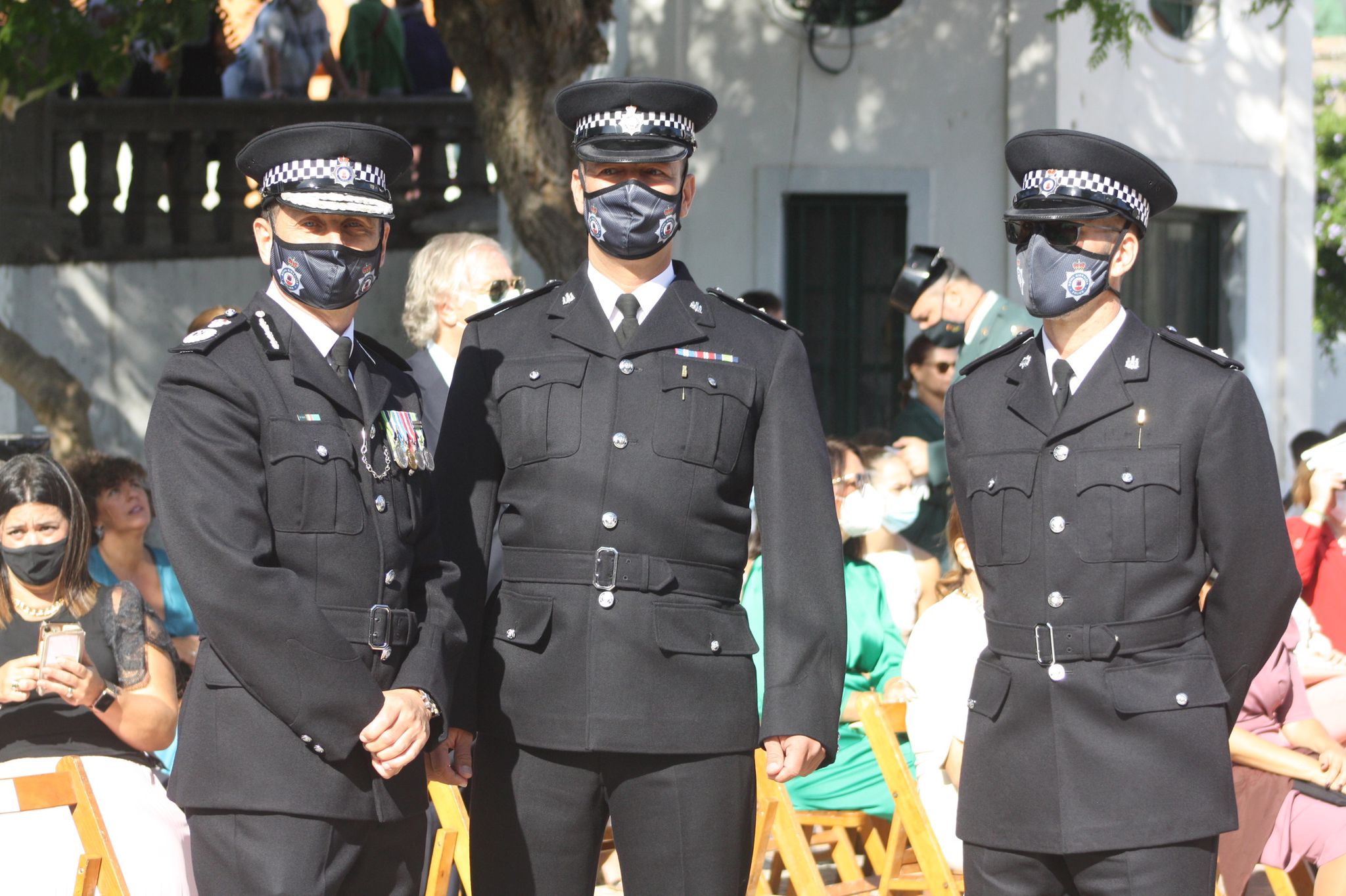 Richard Ullger, the Commissioner of Police, also attended the ceremony in Tarifa in uniform.

“My officers’ work was of international importance in the fight against drug trafficking and money laundering and I am delighted that it has been formally recognised in this way by the senior officers of the Guardia Civil,” he said.

“Indeed, the award of this medal is historic as it was approved by the Minister of the Interior himself.”

“They were full of praise for the excellent working relationship between the RGP and the Guardia Civil.”

During the Virgen del Pilar ceremony, numerous Spanish law enforcement officers and representatives from civilian organisations were also recognised for their work promoting security in the region.