The RSPCA has praised firefighters who used an oxygen mask to save a baby deer after she almost died during a moorland fire.

Fire crews from across Yorkshire have been battling the blaze at Hatfield Moors near Doncaster since Sunday after the environmentally-important peat bogs dried out. 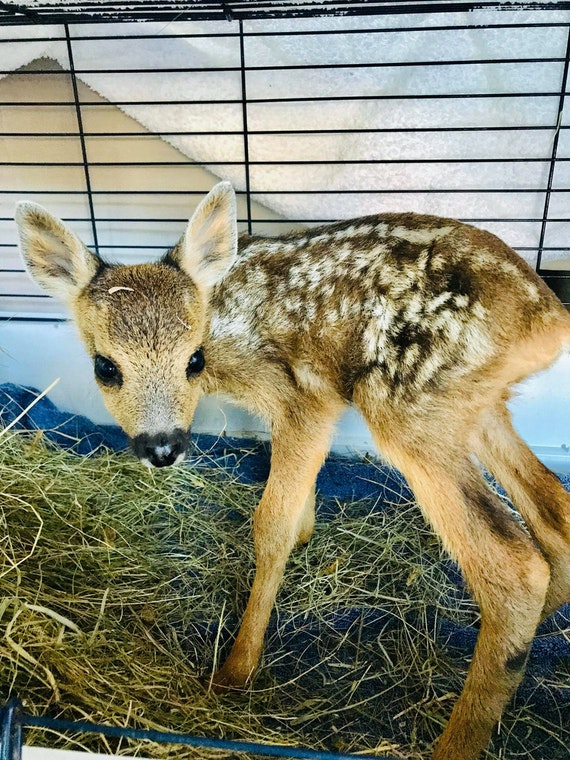 A Humberside Fire and Rescue Service crew found the red doe fawn curled up in shrubs on Wednesday, saying she was in a bad way.

Thanks to their efforts, she was saved and was taken by the RSPCA to a rescue centre in Cheshire.

RSPCA Inspector Daniel Bradshaw was called to the moorland on Wednesday afternoon.

He said: “There were eight fire engines and crews on the scene from across Lincolnshire and South Yorkshire trying to tackle the blaze.

“When they were fighting the flames they came across this tiny roe deer kid curled up in the shrubs and pulled her to safety, but she soon collapsed and stopped breathing so they put an oxygen mask over her nose.

“The fire was huge and the crews did an incredible job getting this terrified little kid to safety and helping her when she was struggling to breathe.

“I’m certain they brought her back to life and without their quick-thinking actions she may well have perished.”

Mr Bradshaw collected the tiny deer and took her to a wildlife expert for emergency overnight boarding before she is moved to the Stapeley Grange centre in Cheshire for specialist rehabilitation.

He added: “It looks as though she’s between three and seven days old and is unweaned.

“She was found right at the heart of the fire so I suspect mum has run away and she’s now been orphaned.

“I’d like to say a big thank you to the fire crews and, particularly, to the Epworth Fire Brigade who gave her the oxygen and kept her safe until I arrived and helped to get her back on her feet.

“She now seems to be doing much better, is quite bright and alert which is wonderful.

“But she’s not out of the woods yet and the next few days will be touch and go as she’s so young.”

Baby deer are normally left alone from an early age for long periods of time, the RSPCA said, and it believes the fire would have scared away this one’s mother.

The fawn will now be reared by staff at the charity’s wildlife centre before she is old enough to be released back into the wild.

The Hatfield Moors is part of a complex of peatlands that are the largest lowland peat bogs in the UK.

South Yorkshire Fire and Rescue Service said it will be at the Hatfield Moors for several more days and it urged people to stay away.