UK should learn from other countries, says Briton quarantined in Australia hotel

Photo of Chloe Newnham in her hotel room in Brisbane, Australia. The Briton locked down for two weeks in an Australian hotel room has said the UK should learn from quarantine systems already in place in other countries.

A Briton locked down for two weeks in an Australian hotel room has said the UK should learn from quarantine systems already in place in other countries.

The Government has announced that UK nationals and residents returning from one of 30 listed countries will be taken to an approved hotel where they must self-isolate for 10 days – though when and exactly how the new measures will be introduced is not yet known.

Chloe Newnham has been locked in a hotel room with no openable windows in Brisbane for 11 days out of 14 required as part of Australian coronavirus regulations – she is set to leave on Monday. 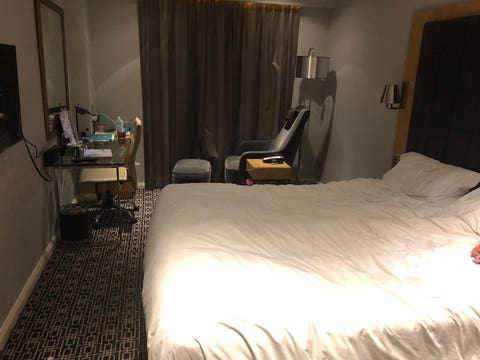 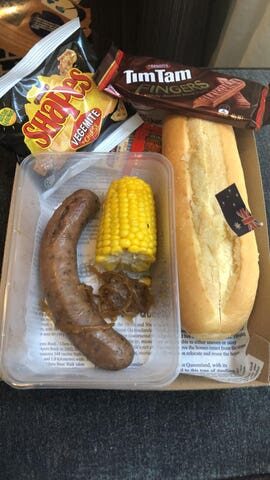 The 32-year-old speech therapist was brought up in Bristol in the UK but has Australian citizenship through her father and recently decided to move back to Brisbane.

Although being locked inside a small room has been a “struggle” for her at times, Ms Newnham praised the way authorities have controlled the process.

“It’s all run so smoothly… I feel very well supported,” she told the PA news agency.

“They have a nurse who comes every day to check if any Covid symptoms have cropped up, and also a mental health nursing team who are available if you want them – they call me every other day just to check I’m doing OK.

“There’s also a lot of information you can get before you come so you can be prepared.

“The UK should use the example of other places. There are already systems in place, so why recreate the wheel?”

Ms Newnham said the procedure after her arrival in Australia was “so strict” and escaping the quarantine requirement would be almost impossible.

On arrival, she and her fellow passengers were screened by a health professional before being guided on to coaches by Australian Army personnel.

“Then at the other end there were more army people there ready to usher us into the hotel,” she added.

“And I’m pretty sure there’s someone sat outside in the hallway, pretty much at all times – I keep hearing their walkie talkie sounds.

“Good luck to anyone who tries to outrun that, I say.”

Ms Newnham receives three meals per day and friends and family are able to drop off items for her at the hotel.

She commended the amount of information available to her about the quarantine before she arrived, but has still had difficulties.

“There’s been good days and more difficult days,” she said.

“It’s really isolating and very disconnecting… I think the lack of fresh air and inability to go outside has been the biggest struggle – especially when you can see the beautiful Australian weather outside your window.

“But I think because the rules were so clear I came in mentally prepared for it.

“There’s no way around it, it’s not like if it’s really bad then I’ll go for a walk – there’s no choice.

“I’m happy to do this because this is me playing my part to keep Australian citizens healthy and safe.”

Ms Newnham said she has kept busy with daily yoga sessions, writing a journal, reading books and “lots of Netflix”, and added that she feels lucky to have had friends and family regularly checking in on her via her phone or computer.

‘Carry on as normal,’ Shapps urges drivers amid forecourt closures