The Naval Base was the setting for Gibraltar’s salvo gun salute to mark the death of Prince Philip, the Duke of Edinburgh, who passed away on April 9 aged 99.

At 1pm local time, to coincide with noon gun salutes in the UK, 41 rounds were fired.

It was a solemn 40-minute salute for the prince under grey skies and rain, one round at the start of each minute. 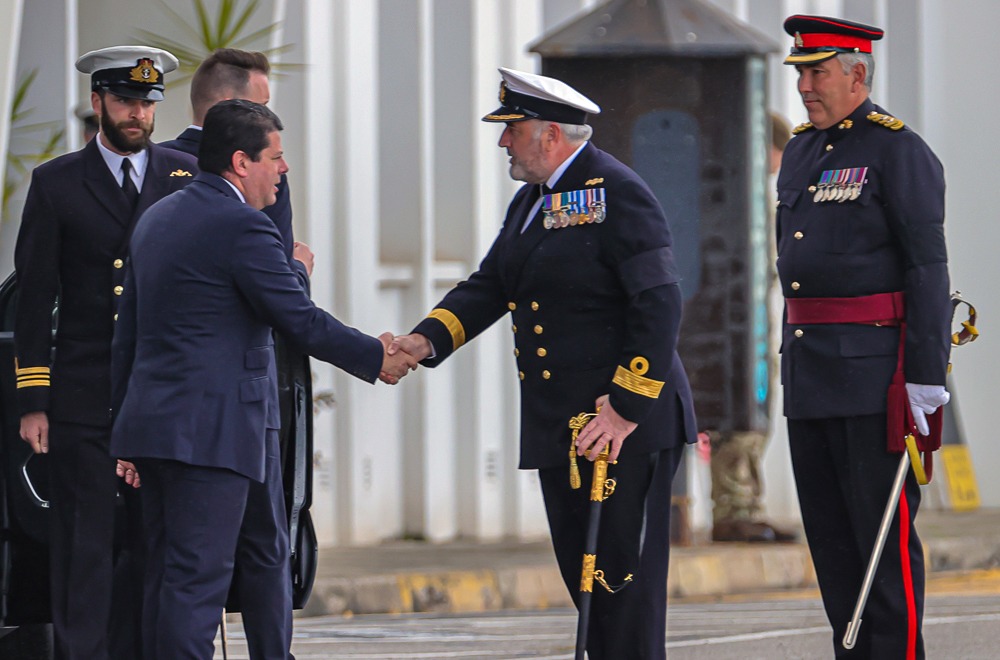 At precisely 12.50pm the Chief Minister, Fabian Picardo, arrived at the Naval Base with a police escort and was greeted by the Commander British Forces Gibraltar, Commodore Steve Dainton. 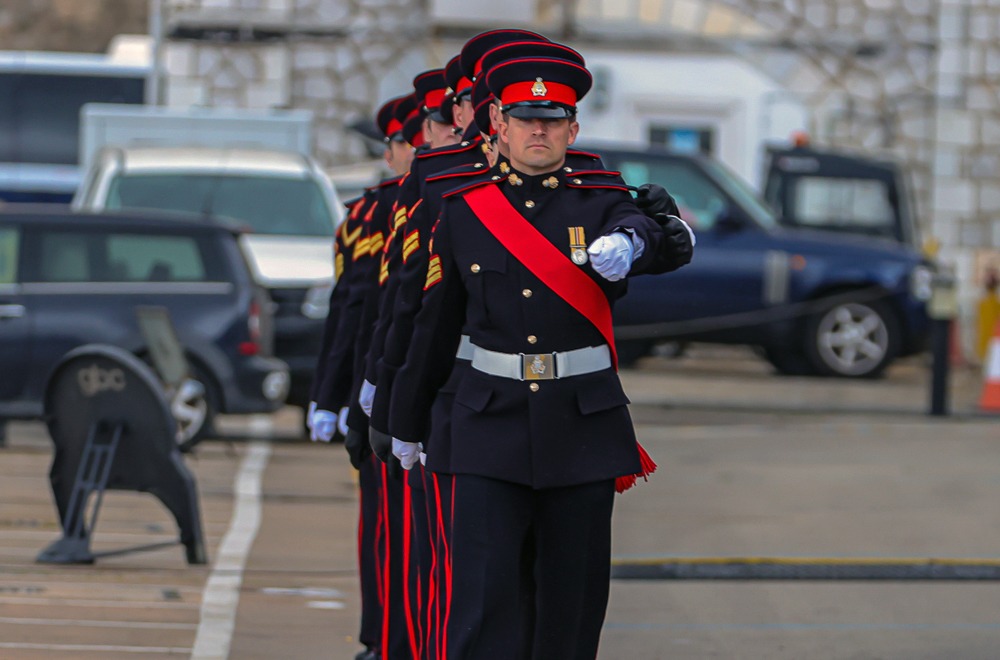 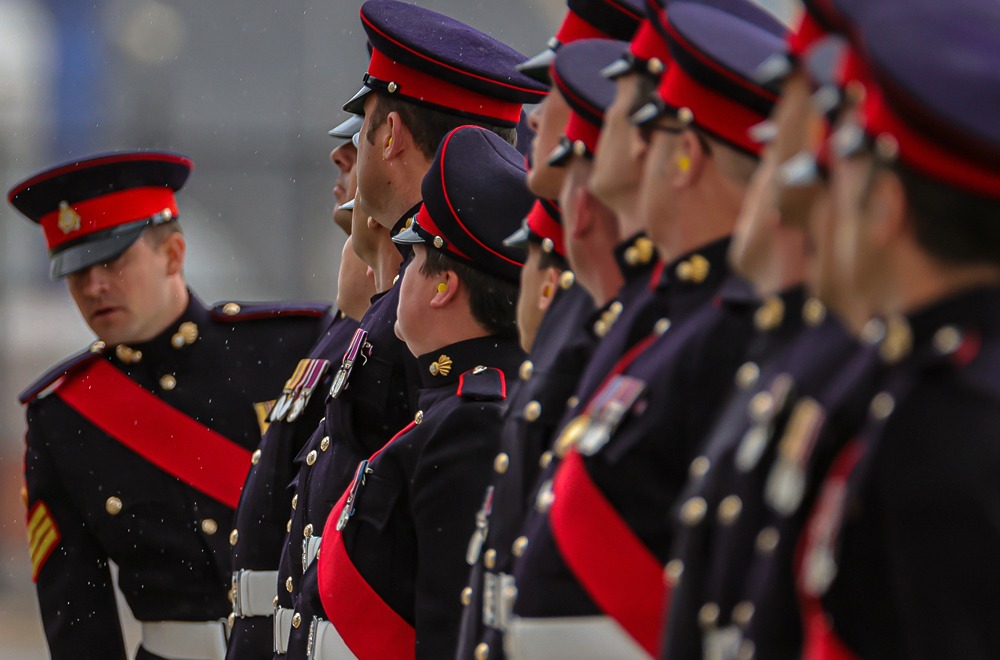 While he stood motionless in position the Royal Gibraltar Regiment marched with precision onto the grounds and formed up in front of the three guns that were positioned facing out towards the sea. 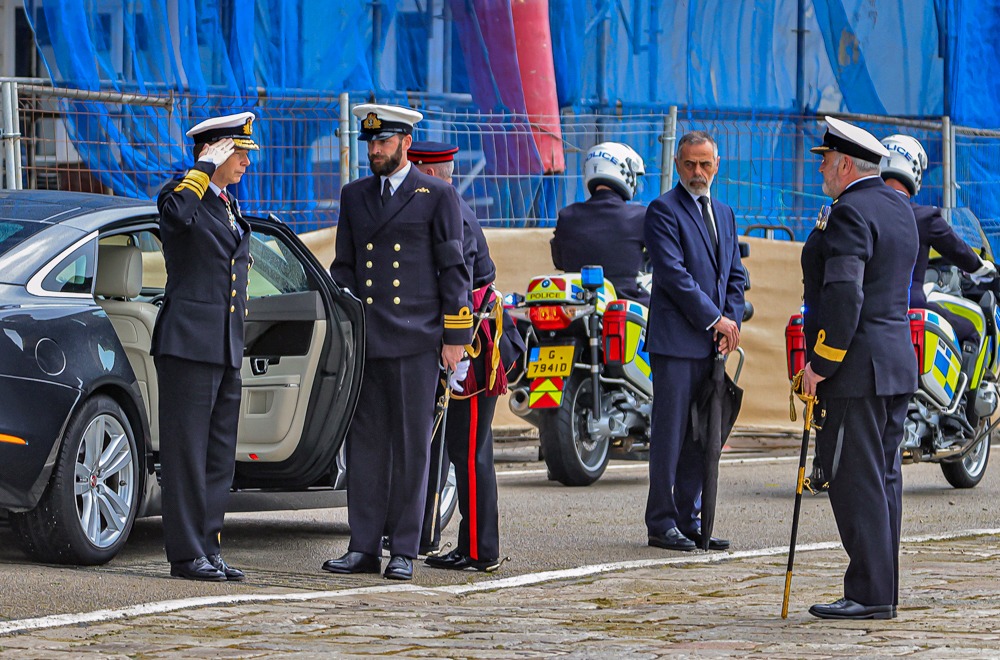 For the next forty minutes aside from the command “Fire” directed at the men and women of the Royal Gibraltar Regiment and the echo of the gun fire ringing out, silence fell across the Naval Base. 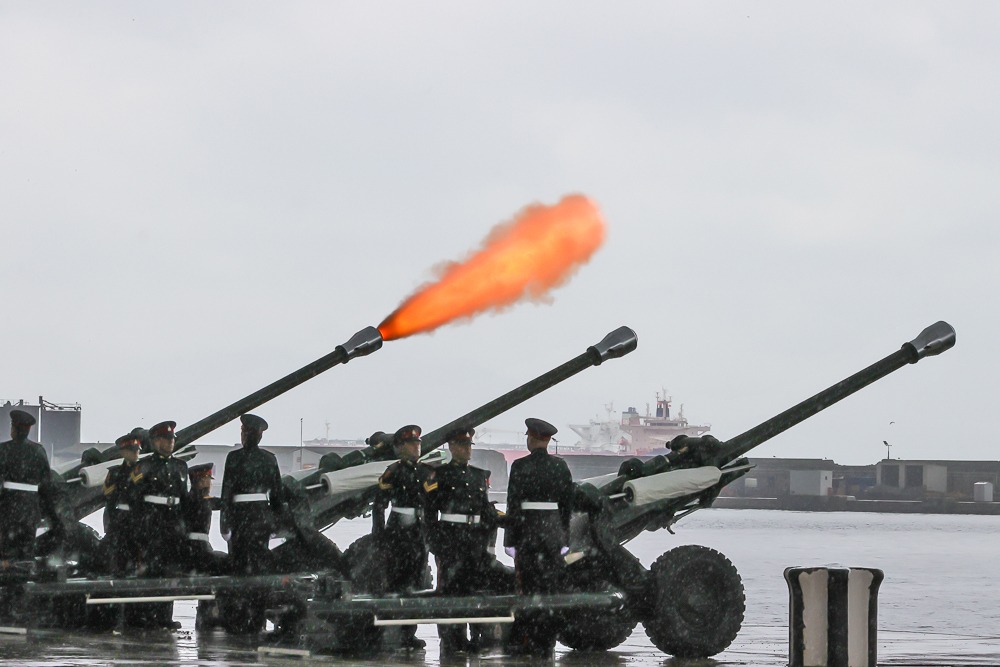 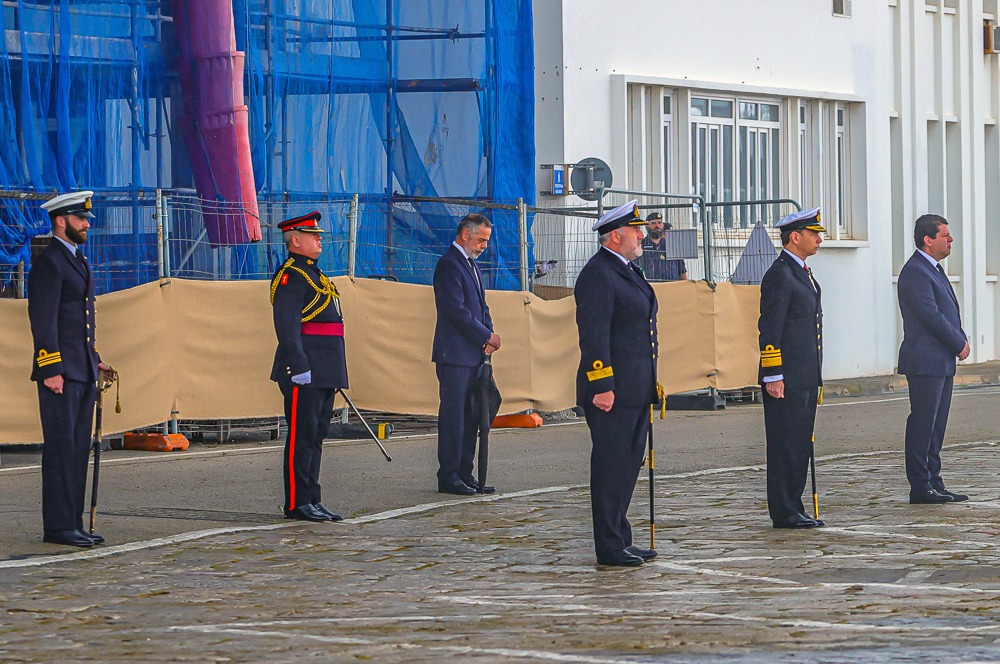 During the gun salute a dark cloud rolled in and the rains came. The dignitaries stood still and firm under the rain.

Once the salute was complete the Governor was the first to leave, followed shortly afterwards by the Chief Minister. 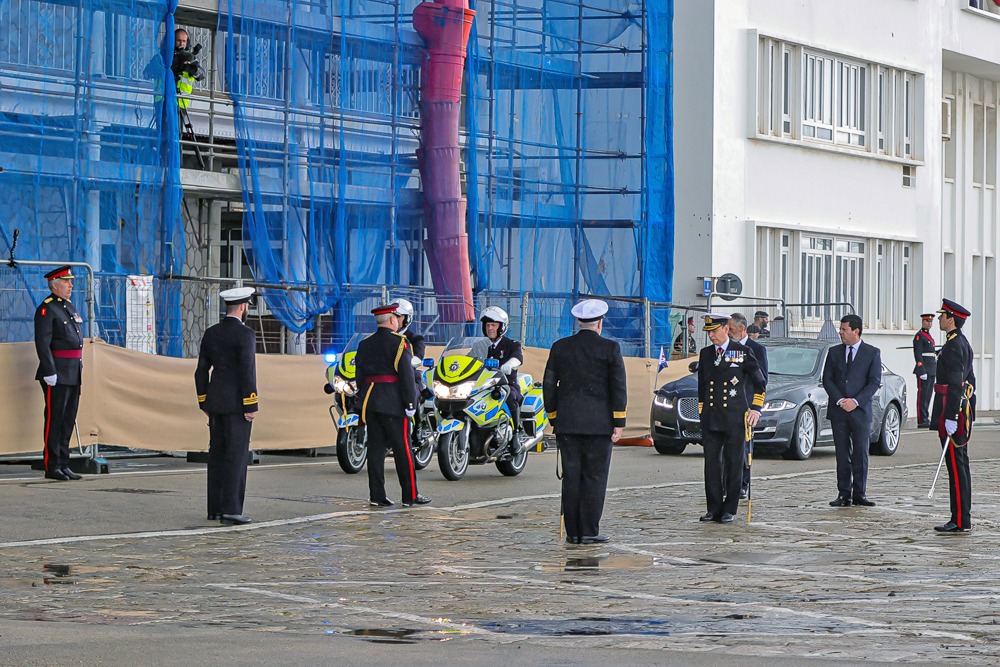 The solemn nature of the occasion meant there were no speeches or media interviews.

Aside from the local media there were photographers from Reuters, Getty Images and Associated Press there to capture the historic moment. 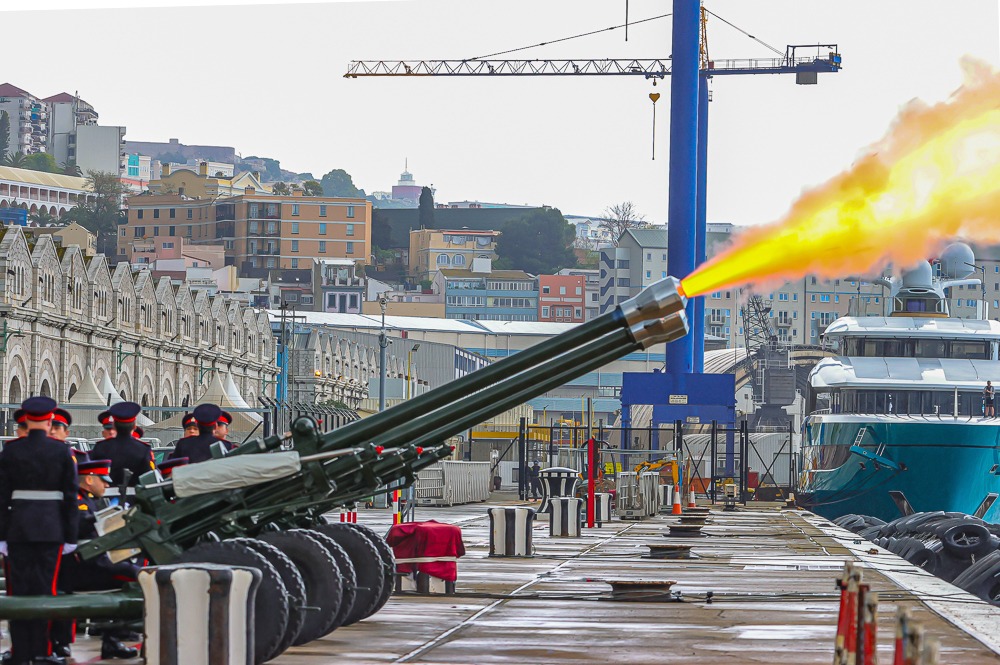 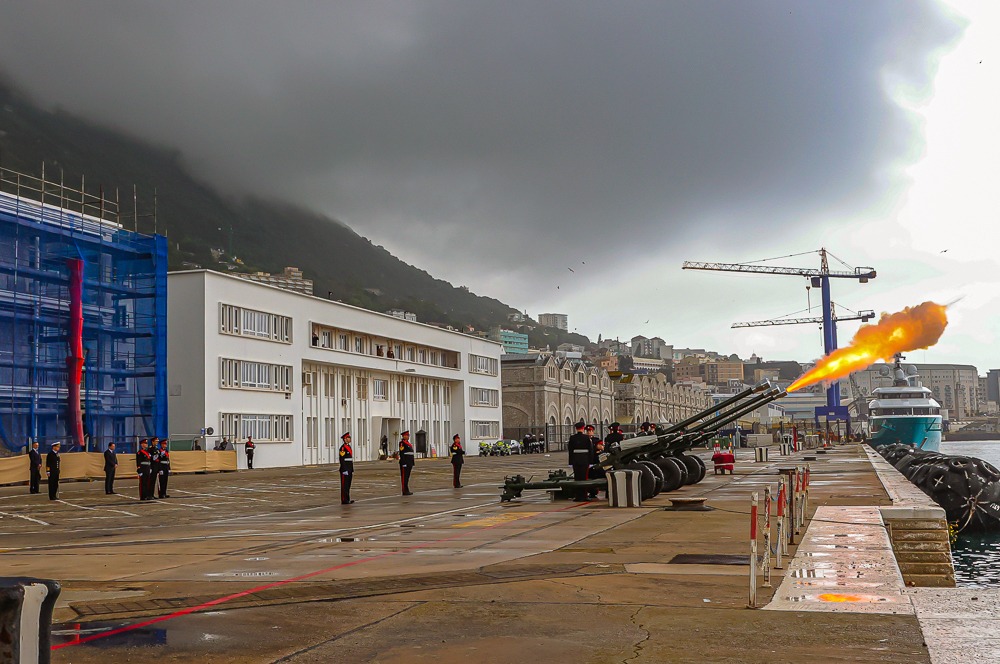 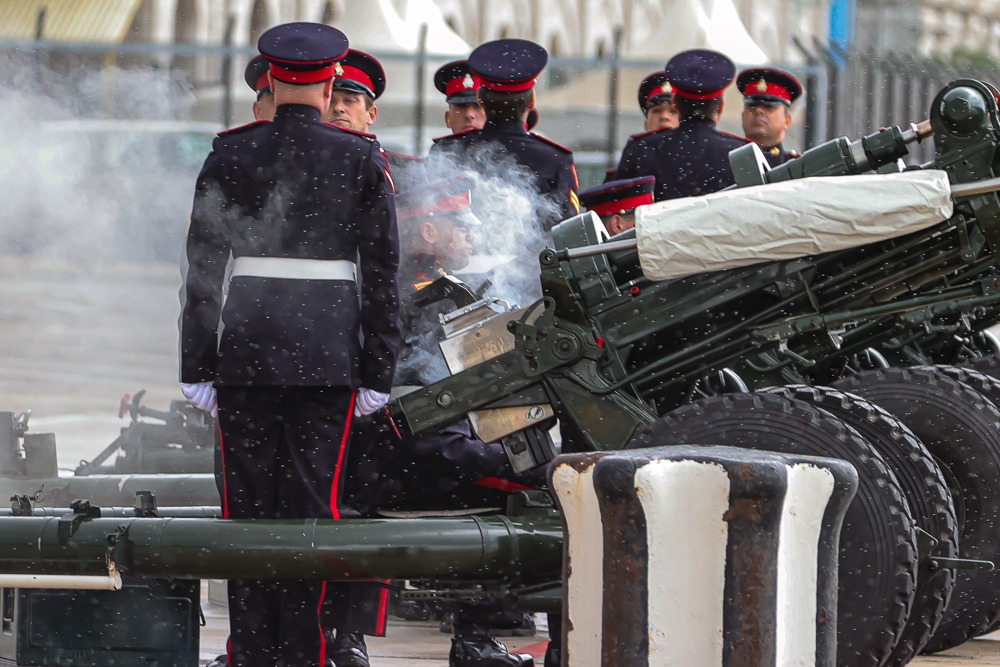 A basic gun salute is 21 rounds, which would have been fired annually on Prince Philip’s birthday.

An additional 20 salutes is added if the salute is taking place in a royal park or other authorised military saluting stations, of which Gibraltar is the only one that is not within the United Kingdom.

The gun salute also took place in London, where the King’s Troop Royal Horse Artillery rode out from their base at Napier Lines, Woolwich Barracks, onto the Parade Ground with 71 horses, 36 of them pulling six 13-pounder field guns dating from the First World War and by the Honourable Artillery Company’s Light Guns at the Tower of London. The same guns that were used at Woolwich Barracks were also fired for Prince Philip’s wedding to the Queen in 1947 and at the Queen’s coronation six years later in 1953.

The tradition of gun salutes being fired throughout the country to mark significant national events dates back to at least the eighteenth century, and there are historical records of salutes taking place as early as the 14th century when guns and ammunition began to be adopted more widely. Similar gun salutes were fired to mark the death of Queen Victoria in 1901 and Winston Churchill in 1965. The Army fired their salutes with 13-pounder field guns at Woolwich Barracks, and 105mm Light Gun in Gibraltar and at all other locations. 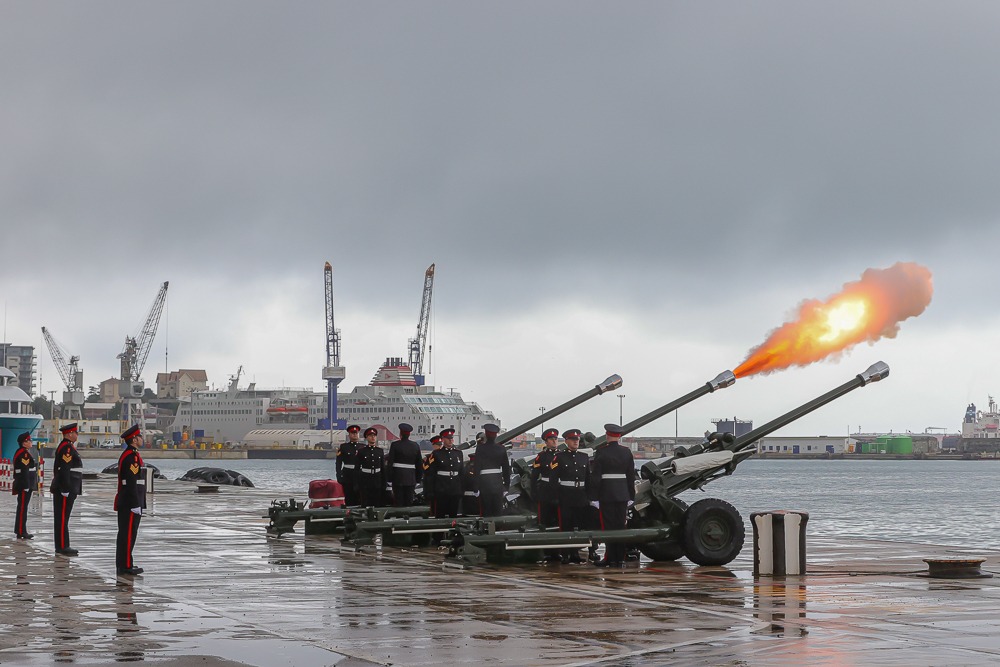 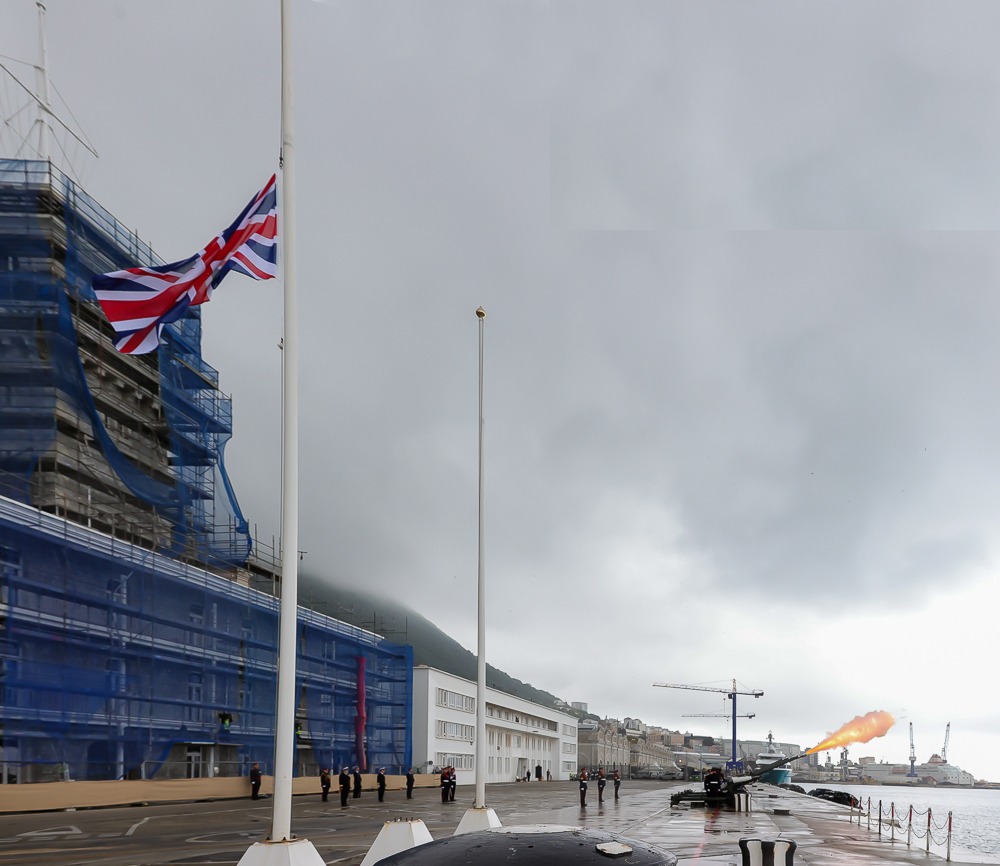 All photos by Johnny Bugeja
Video by Eyleen Gomez