Last month, The Royal Engineers Association (REA) Gibraltar Branch hosted a visit by Rita and Phil Saunders to the Rock.

On retirement he met and married his wife in Belgium, before emigrating to Canada where they finally settled. 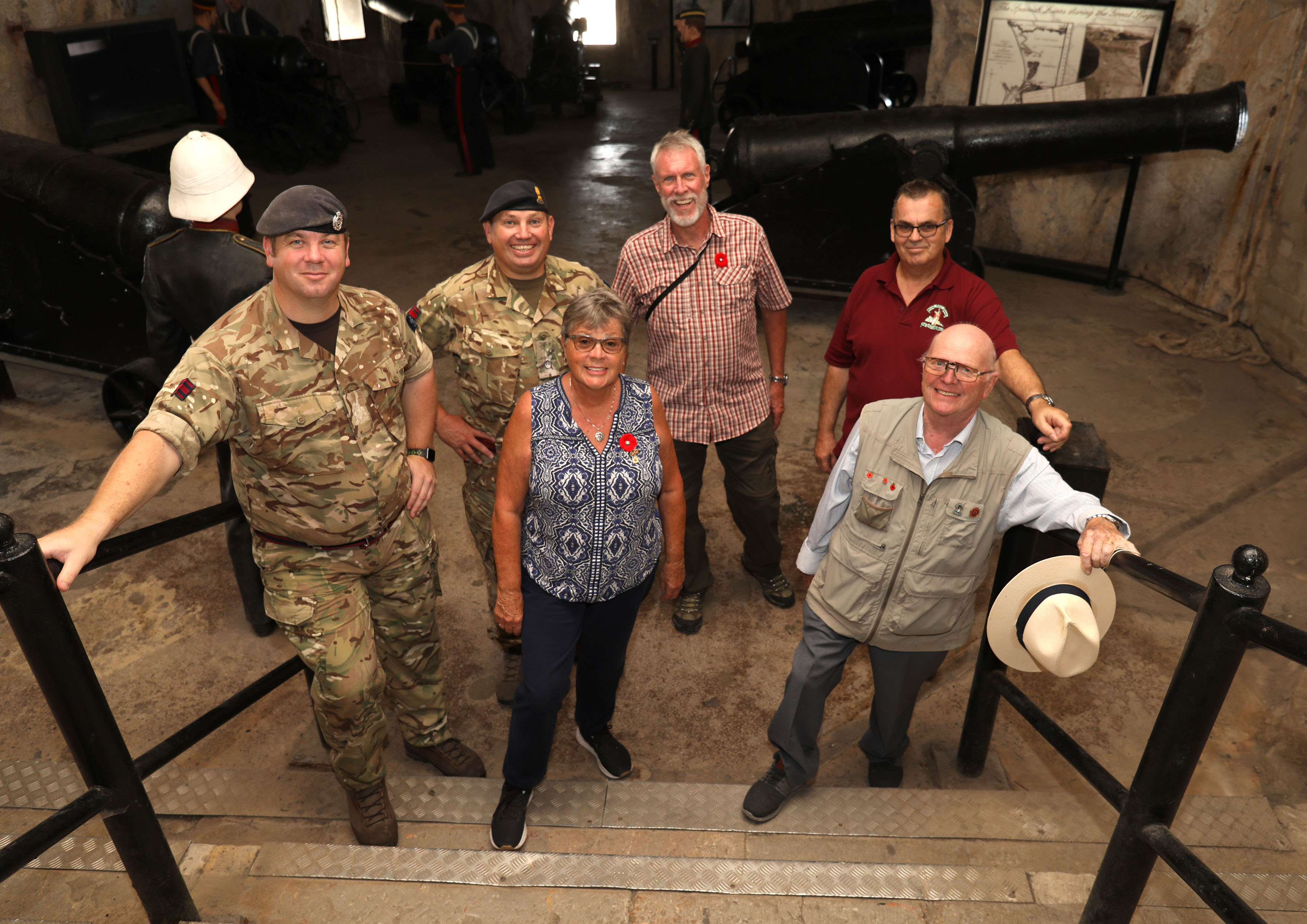 As part of a Mediterranean cruise, Mr and Mrs Saunders took the opportunity to explore Gibraltar.

As a surprise for his wife, Mr Saunders got in touch with Major Simon Andrews to investigate the possibility of visiting areas her father would be known.

Major Andrews, The President of the REA Branch and one of only five serving Sappers left on the Rock agreed to arrange the visit.

Mr Bennett and Mr Sheppard then proceeded to escort the visitors around Gibraltar, showing them as many sites and scenes ‘papa’ may have experienced while he was here during the war. 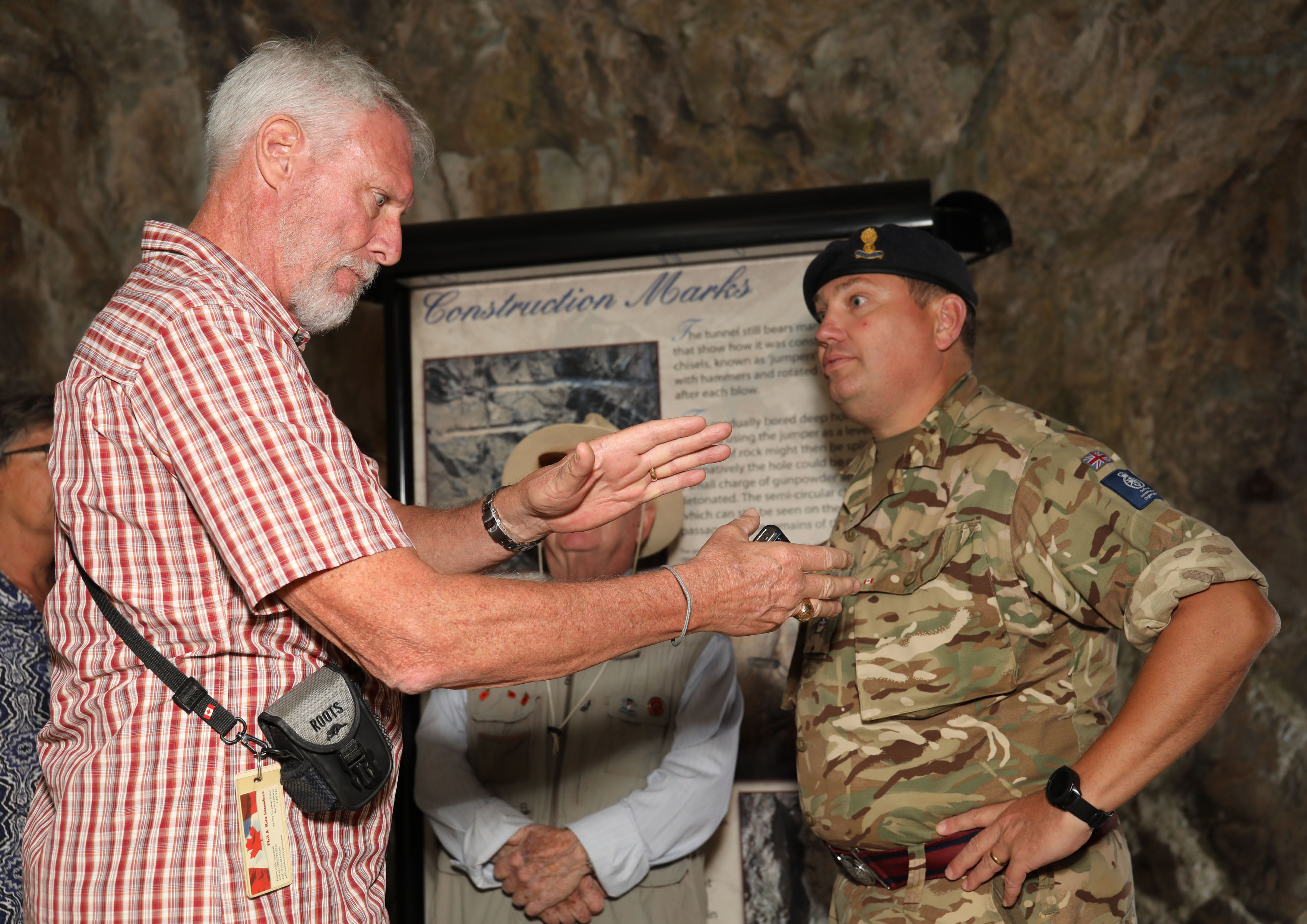 These included site visits to South Barracks, Rosia, Camp Bay and Europa before venturing into REME chambers to see the workshop where Sapper Bacon may have worked.

A visit to the World War II tunnels at Hays Level provided some context for Mrs Saunders, what it would have been like for her father in Gibraltar during the war; every photo was looked at and every exhibit was enjoyed.

Time was then spent exploring the tunnels including Fordnams Accommodation before dropping down to Main Street and some vital souvenir hunting. 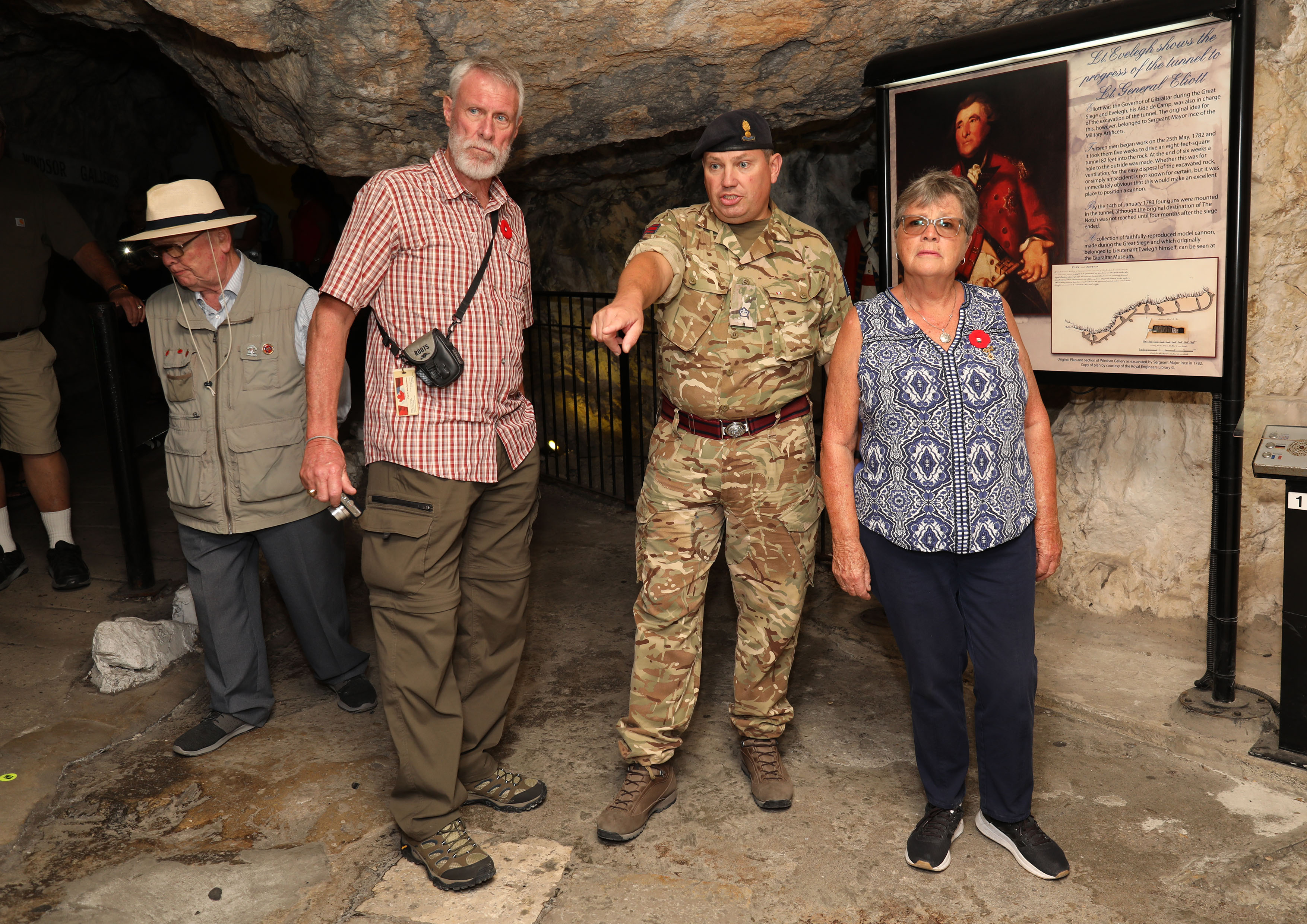 Before saying farewell and making sure the couple got back to the ship on time, ten members and partners of the REA Branch met the visitors in Casemates for a meal and a few drinks to cement new found friends and to regale stories.

Mrs Saunders mentioned that ‘Papa’ remembered his days in Gibraltar fondly, never saying much about ‘the job’, mainly about his time off.

The saddest story was related to her uncle, he too was doing his ‘bit’ and they had not seen each other since her father left the UK for Gibraltar. Her father got wind of his brother’s passage through the Straits, on a ship bound for Singapore.

Even though they couldn’t see each other her father still ventured to Europa to wave his brother through the Straits and wish him luck on his way; it was to be the last time he was to ‘see’ his brother, his ship was to be attacked further east and he was lost at sea. 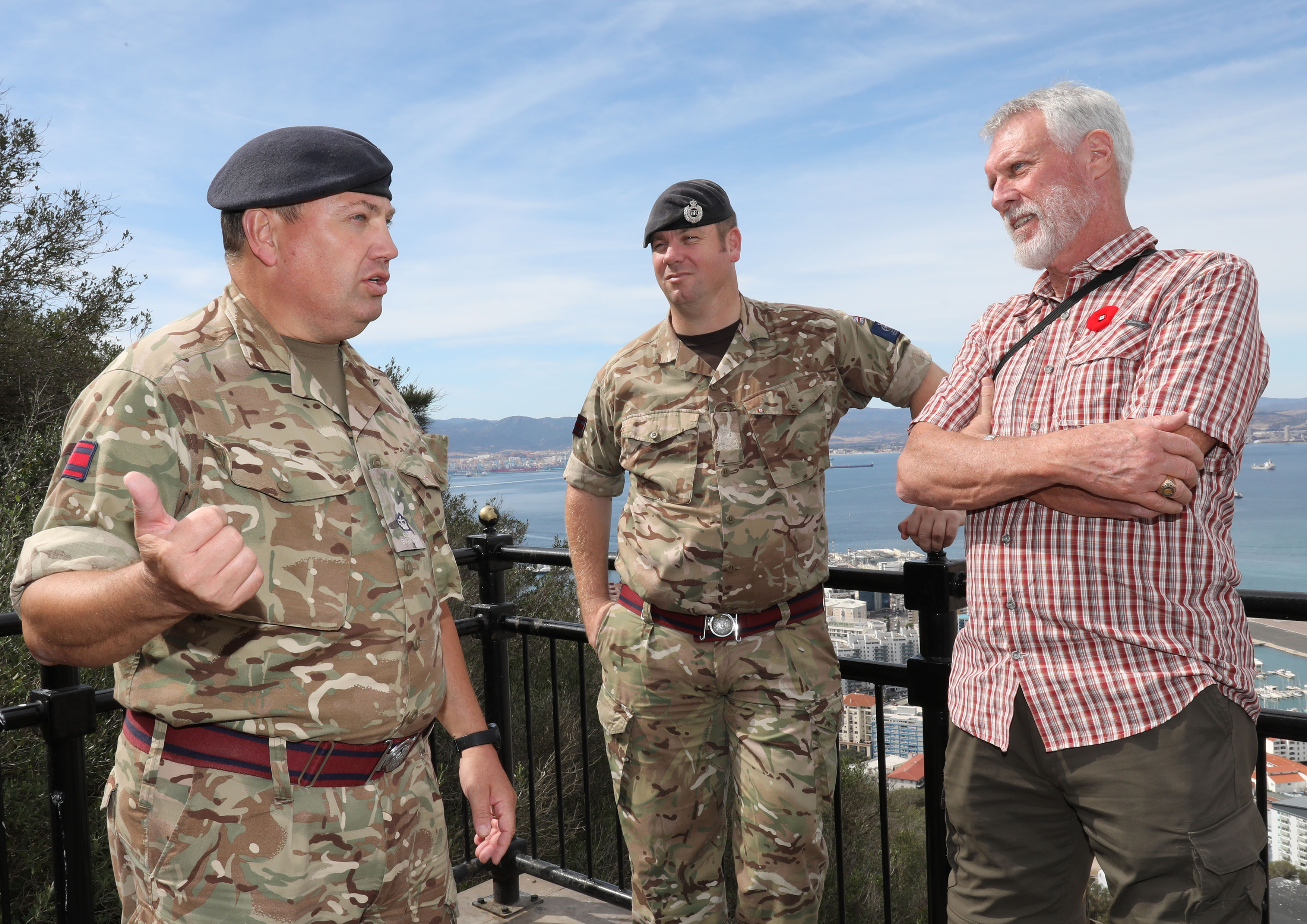 Several gifts were exchanged to mark the occasion. The REA Gibraltar Branch will now, amongst other things, enjoy hot pancakes with authentic Canadian Maple Syrup and Canadian Ice Wine at the next Branch meeting.

It is hoped Mrs Saunders will hang the REA Branch plaque high and remember the Sapper family she met in Gibraltar, feeling the same pride her father would have done while he served: Once a Sapper, Always a Sapper.