Followed by a train of bleating goats and braying mules, pastoralists have walked for miles to reach a towering water tank in the bush. It's one of the few precious sources of water in this semi-arid region of northern Kenya, and a lifeline during periods of drought.

While their livestock refuel, Samburu men and women smile and joke, distracting attention from a restless, heavy sky which promises only more heat, but no rain.

Today, though, a topic far more pressing than weather is on their minds. There are rumours a lion has been seen in the area and everyone is on high alert.

Historically, the Samburu region hosted a healthy population of lions, although loss of habitat, overgrazing and human conflict have dwindled numbers considerably.

"Life is difficult for our lions," says Jeneria Lekilelei, a Samburu warrior employed as field operations and community manager at NGO Ewaso Lions. "When we look at lions in the Maasai Mara we call them lazy; they have so much food available and they don't need to work hard." 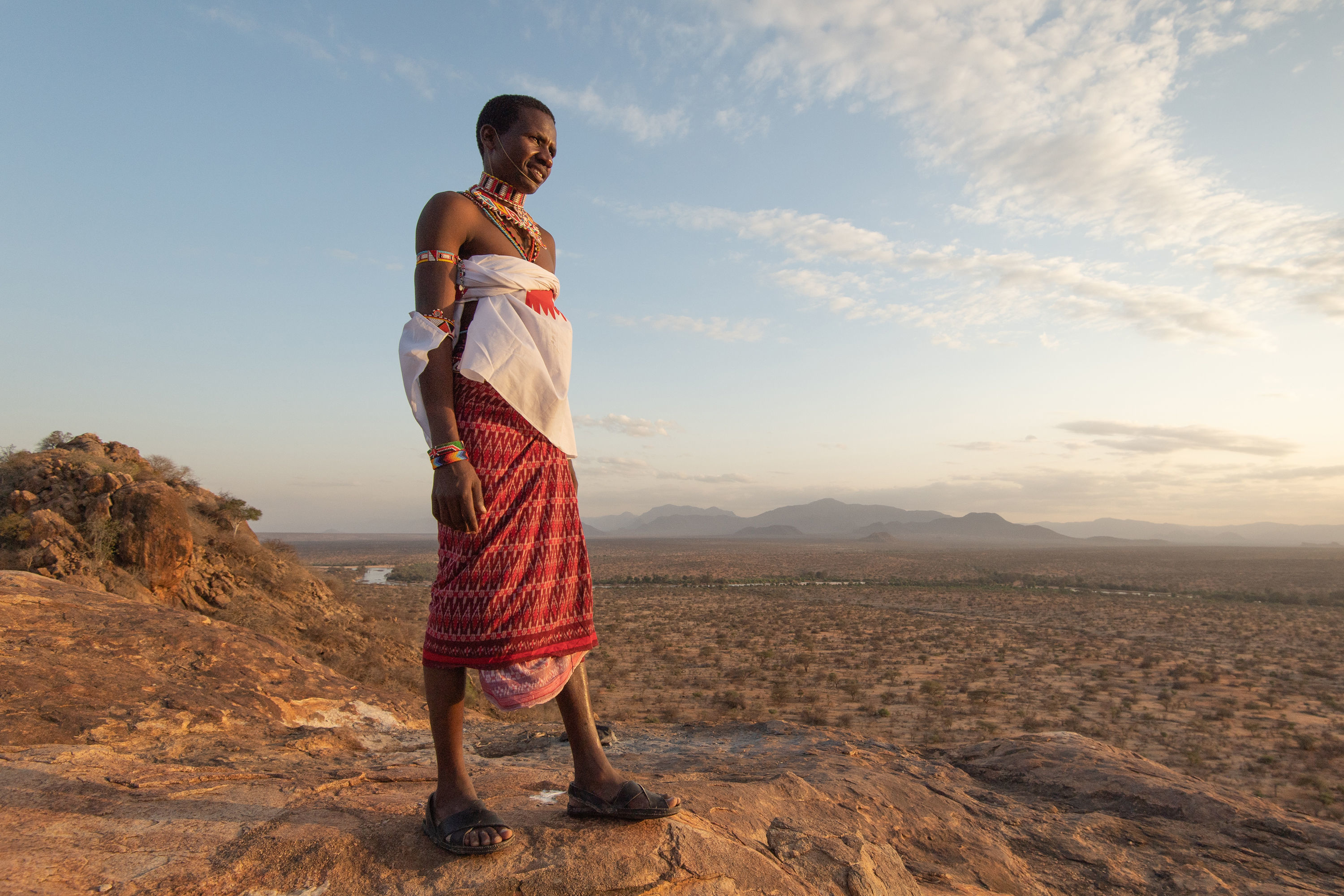 Having developed an admiration for the animals, Jeneria is now focused on safeguarding their survival, and part of his mission is to convince the community to protect what he believes to be a blessing, rather than a threat - something which has brought him to the attention of the Tusk Trust charity, who have shortlisted him for their prestigious award for Conservation in Africa.

I've travelled to Ewaso's base in the Westgate Community Conservancy to find out about his work.

Earlier that morning, we'd tracked on foot across scrubby savannahs searching for paw prints, fighting through the brittle branches of acacia bushes and battling with vicious thorns. Assisted by his team of Ewaso warriors, Jeneria identified a lion track leading towards the water tank - although to me, the faint indentations could easily have been workings of the wind.

Now, his mission is to spread the word. 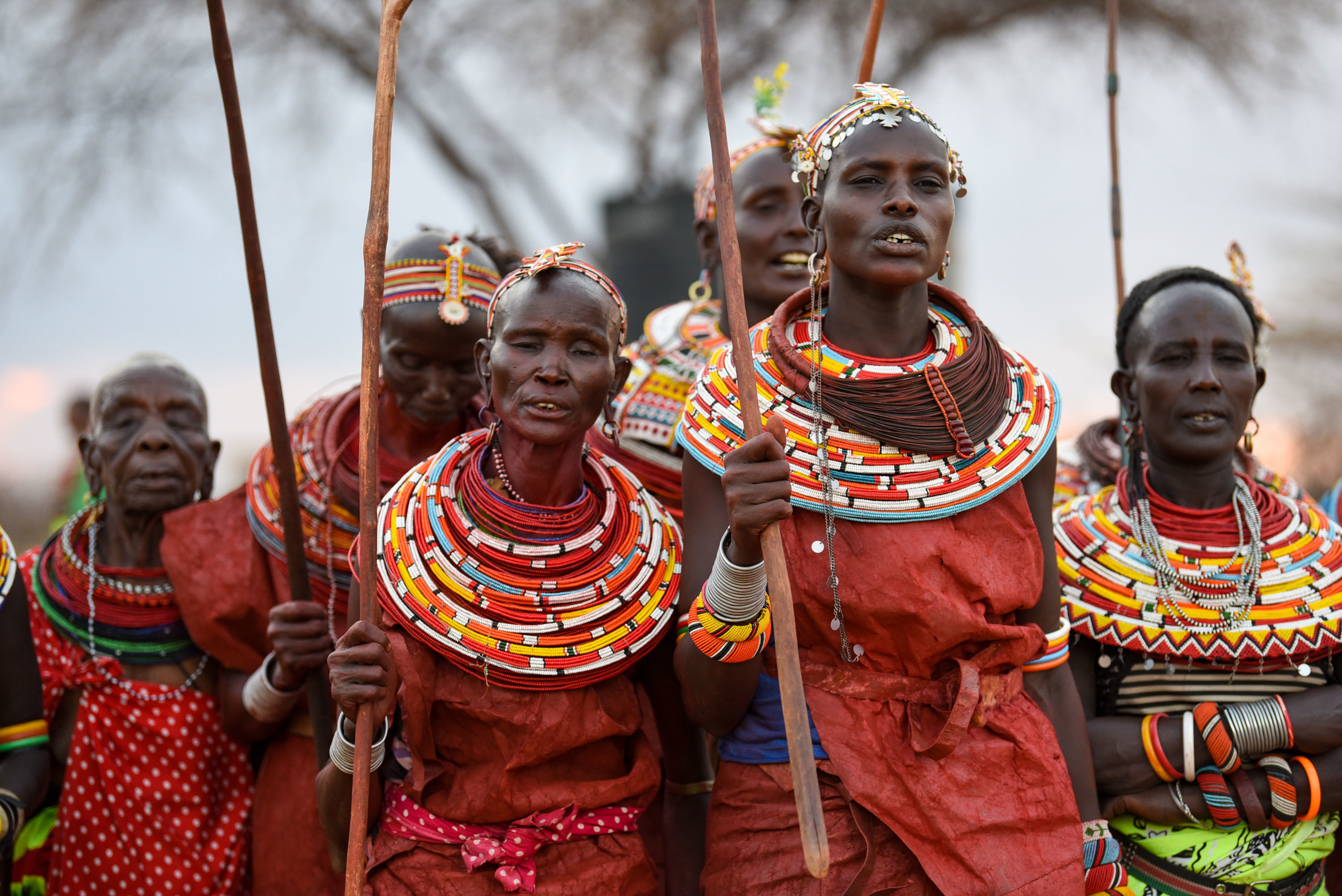 Driving along parched roads through clouds of dust, we stop to exchange information with every person we meet. Jeneria nods his head and listens intently to their own reports, even if he's being told the same story every time.

"It's important to make people feel their contribution is needed," says the intuitive, natural leader, who now earns the same respect from his community as he fosters for his lions. "I might hear the same information 20 times, but I always let them talk until the end."

As a young herder, Jeneria admits he also once saw lions as the enemy, but now he understands their place and importance in his world.

"Hearing lions in the morning is a good sign of hope that there will be no drought," he tells me as we climb to the top of a rocky plateau, scanning a vast expanse of land bristling with a dry stubble of vegetation. "Without a balanced landscape, one that includes lions and other wildlife, we could also lose the plants and water that we also depend on for living."

That healthy, attractive environment also serves another economic purpose, as a growing tourism industry provides communities with financial reward. Although most lodges are concentrated around Samburu National Reserve, a rich green oasis free from livestock grazing, others are opening on community land.

I'm staying at Sasaab, a sumptuous tented property on the banks of the Ewaso Ng'iro River, where open-fronted rooms are scattered across a rocky hillside. During the heat of the day, thirsty elephants parade down to the river and cheeky rock hyraxes gaze longingly at the private plunge pools. Just sitting here, being still and watching big skies roll over hazy mountains on the horizon, is a joy. 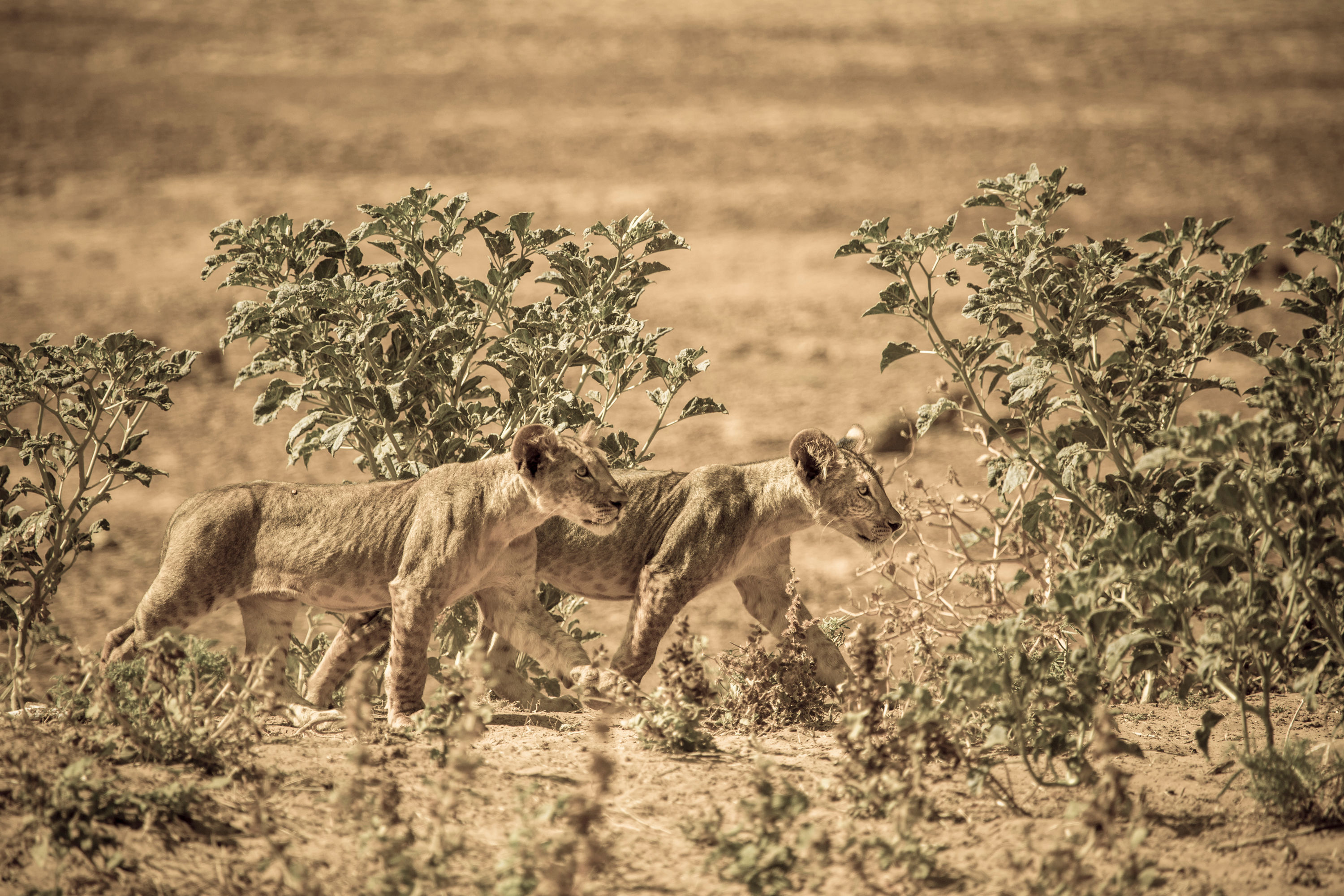 For every guest staying in the property, Sasaab makes a financial contribution to the community, and they helped Ewaso Lions' founder Shivani Bhalla set up her first base on nearby land.

Many staff are employed from the local area and guests are welcomed into villages to learn about Samburu culture, for an experience that's far removed from the contrived, uncomfortable pantomime you might expect. During my own visit, I'm swept up in a carnival of song and dance by women in a rainbow of beaded necklaces, whose eyes sparkle brighter than stars.

Although he often travels abroad for fundraising events, Jeneria still lives in a traditional manyatta (village), and follows a Samburu way of life. Heading up a Warrior Watch project, he's recruited many of his contemporaries to assist with lion protection and research. The young men laugh and joke together, connected by a united purpose and a deeper brotherly bond.

Very soon, when the rains come, they will graduate to become elders, and a new team of morans (warriors) will adopt their responsibilities. It's a time for pride, reflection - and some concern.

Around every 15 years, teenage boys undergo a circumcision ceremony, heralding a new life as a moran, and Jeneria tells me that time is soon approaching, triggered by the first drops of rain. As part of the celebrations, each boy must wear a piece of lion skin, and with not enough to go around, there are fears more cats could be killed. 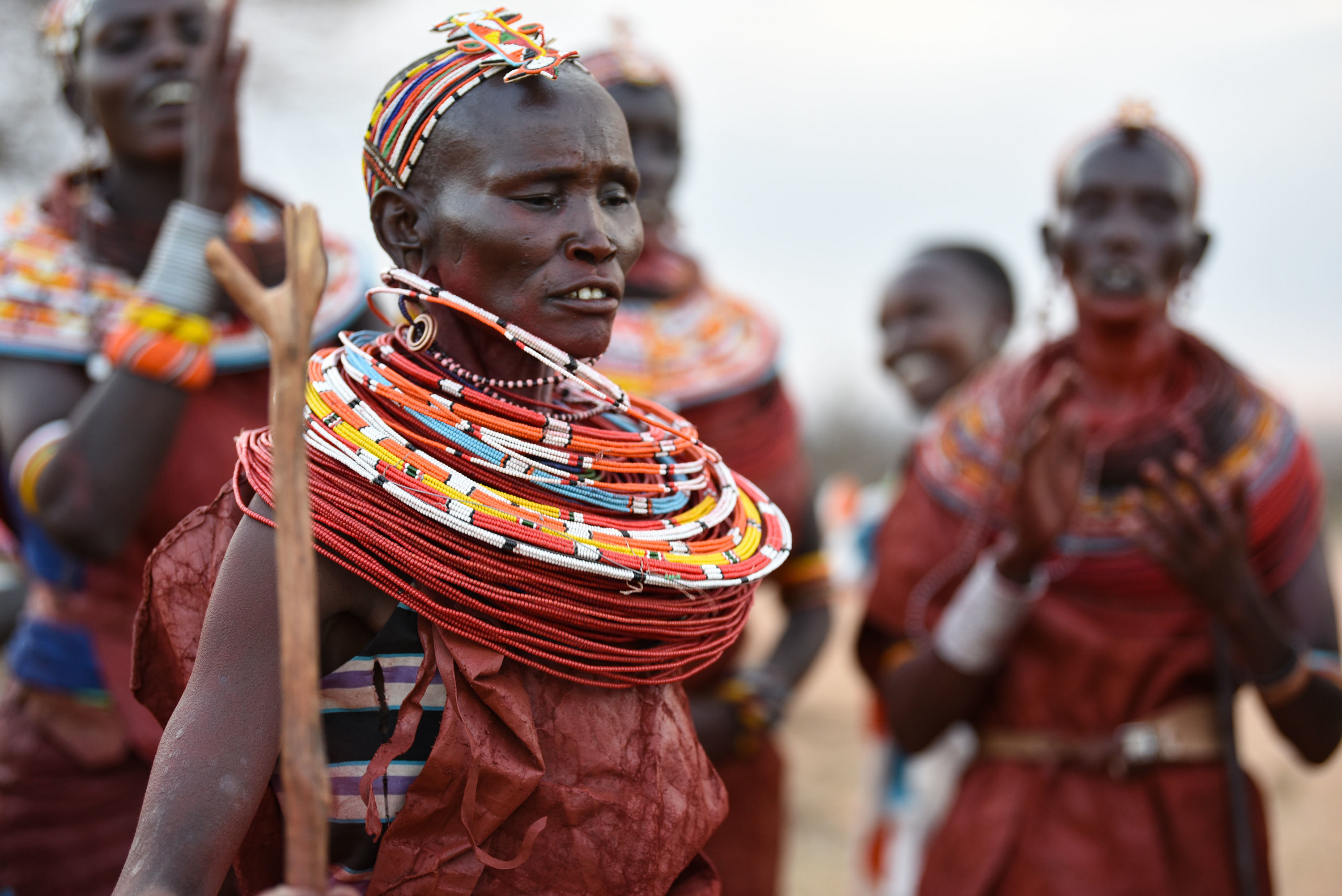 But refusing to be despondent, Jeneria has put a positive spin on the situation.

"I tell people, if you respect lions as a symbol of strength, then why not protect them?"

It's a valid point, made even more convincing coming from his lips.

In the meantime, the Ewaso team is hurriedly trying to amass borrowed pieces of antique skin from other communities who have already completed their own ceremonies.
And I wonder if they're hoping - just this once - that the rains won't come so soon.
(PA)