The Gibraltar Band and Drums Association commemorated the 75 years since Victory over Japan this past weekend.

Special events were held around the world marking the end of WWII and the surrender of Japan.

The first of the events involving the association was on Saturday morning by the British War Memorial on Line Wall Road when buglers from the GBDA, keeping to social distance, formed on the steps of the Memorial. 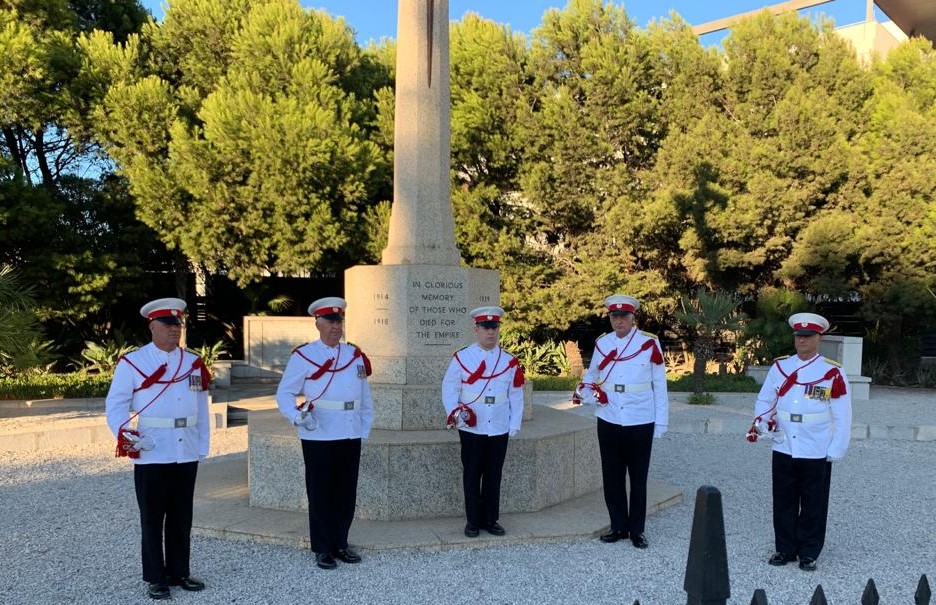 At 11am the Last Post sounded followed by a two-minute silence and the Revallie marking the end of the commemoration.

That same evening five buglers concluded the commemorations at the Cross of Sacrifice where they played Sunset.
Pipers in Gibraltar also took part in the commemoration of the 75th anniversary of VJ Day.

The global celebrations were organised by Pageant master Bruno Peek and his dedicated team, included pipers around the world, town criers and churches to ensure this anniversary was commemorated. 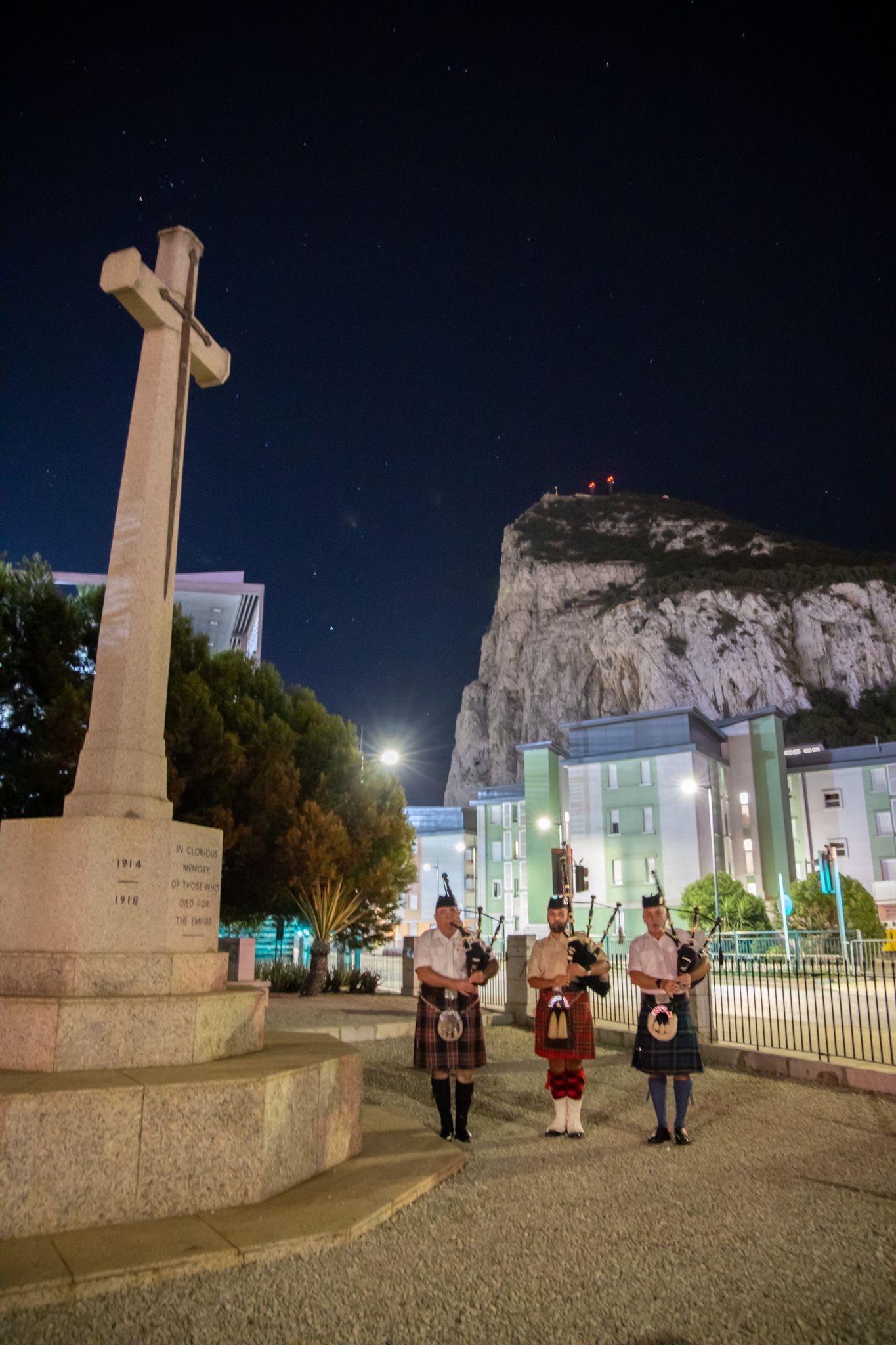 In Gibraltar three pipers of Gibraltar Sea Scouts Pipe Band took part in the 6am event at The Cross of Sacrifice.

The pipers were Tony Galliano, John Mascarenhas and Tarik el Yabani, who came together from the Gibraltar Sea Scouts Pipe Band and the Royal Gibraltar Regiment to commemorate this day as pipers.