Volunteer Bart Van Thienen has spent some time focusing on a new spot of Gibraltar’s natural habitat, this time the Genoese Battery area.

Mr Van Thienen has spent weeks rescuing what he claims is “the oldest olive tree in the Upper Rock Nature Reserve from a certain death”.

He believes this tree is the largest olive tree in Gibraltar.

The tree stands an approximate 20 metres high and has a circumference of over four meters.

Mr Van Thienen does not know the age of this tree, but the Junta de Andalusia has dated a smaller tree nearby as between 250-300 years old.

He is unsure as to why the tree is there, he assumes like other nearby olive trees it has self-seeded.

“The work I am doing here is just like I have done at the Europa Foreshore, invasive removal,” said Mr Van Thienen. 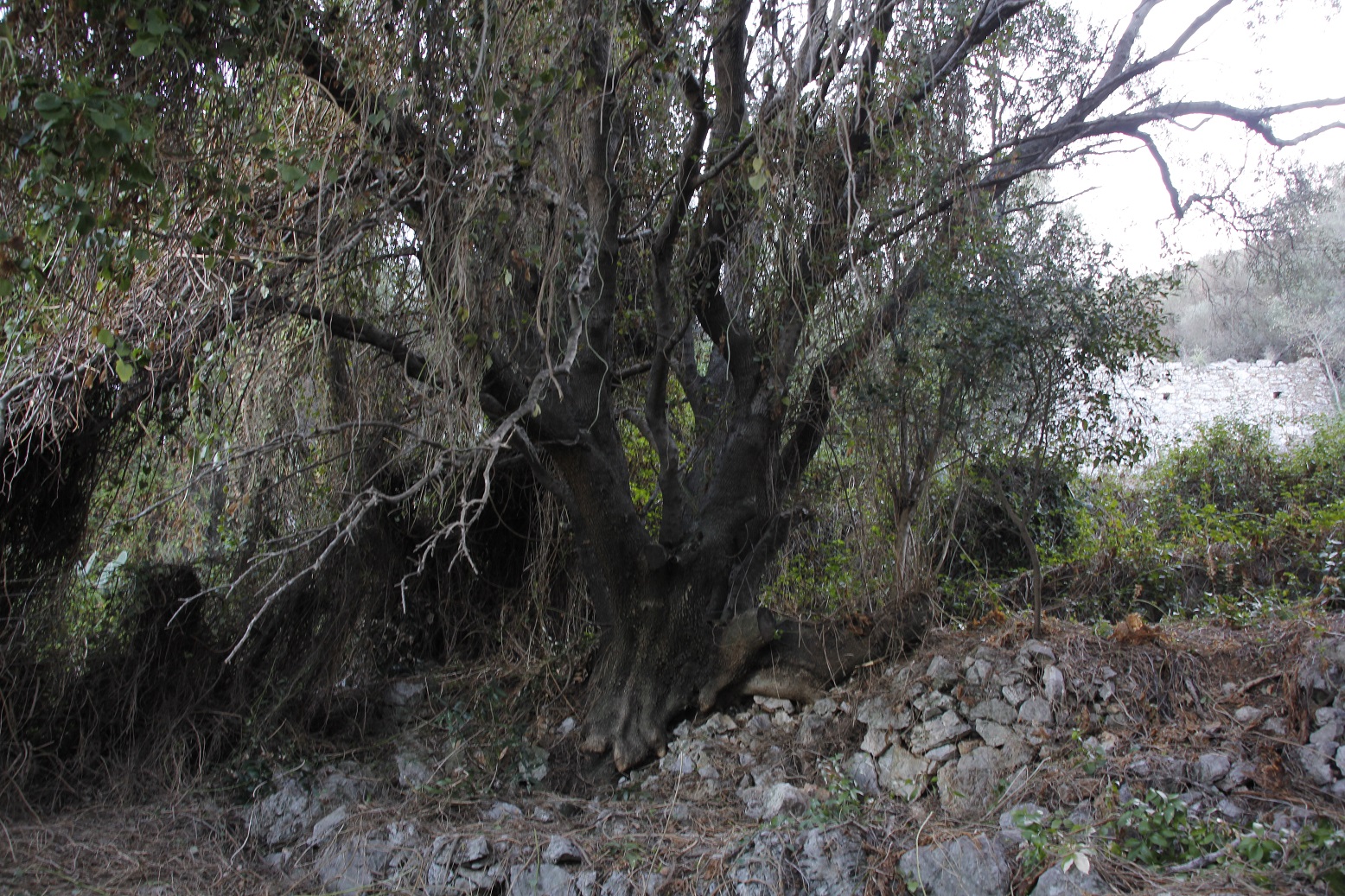 “Particularly in the higher up area there was a lot of orange flowers with a bulb, locally people call it the red hot poker but the real name is African flag. It grows from a bulb and it spreads very easily.”

It was by coincidence that Mr Van Thienen had also noticed the tree and quickly realised that invasive climbing ivy would kill the olive tree eventually.

“I saw that over the last five years that the South African plant cape ivy was covering it,” he said.

“It’s a rapidly growing plant and the original source comes from the old casino site it was used in the gardens. It is a beautiful garden plant but once you let it escape from your garden it grows tremendously quickly.”

“It grew all the way up to here and you can see there are trees that are full of it right up to the top.”

“What happens is that the weight becomes so enormous that it breaks off old branches.”

He stated that this invasive plant has killed other trees in the Upper Rock Nature Reserve.

He removed the ivy by cutting it off and pulling it down carefully so not to damage the tree or any of the surrounding vegetation.

Mr Van Thienen believes if he had not acted quick enough there would be a time that the tree would eventually become unbalanced and would fall.

“This tree now has a second lease of life for hopefully many more years,” he said.