Soldiers from B Company were presented Volunteer Reserve Service Medals at a presentation held in Buffadero Training Centre recently.

Lieutenant Colonel Dyson was delighted to award the personnel at a ceremony which was well overdue.

Reservists must have completed their mandatory training commitment in nine of the 10 qualifying years and their service is deemed as efficient.

In recognition of 10 years efficient service, Corporal (Cpl) Pacheco was awarded the Volunteer Reserve Service Medal whilst others listened to stories about his time in the Reserves.

Shortly after joining the Rifle Company, Cpl Pacheco demonstrated his administrative skills, work ethic and attention to detail which brought B Company in line with the other Rifle Companies.

He quickly became the focal point for all Reservist G1 matters as well as the liaison with the Joint Administration Office, Manning and Records Office, Regimental Career Officer and other company clerks.

He was pivotal in the initial roll-out and implementation of Joint Personal Administration (JPA) for the reservists and the Subject Matter Expert for all JPA related matters.

Besides his qualities as a clerk, Cpl Pacheco is also a great instructor who successfully passed the Defence Train the Trainer course as well as manning the Range Consoles at every UK Camp. Recently, Cpl Pacheco has been the Company Sergeant Major’s right-hand man in ensuring Reserve Attendance and Pay Service was introduced.

He has been instrumental in ensuring events are created, invites sent, muster completed and pay issues resolved, going well beyond what is expected in his rank.

Additional to his military duties, Cpl Pacheco ensured the entertainment for the Company is always on-point: from Christmas Functions to Charity events, Adventure Training or a simple night out. 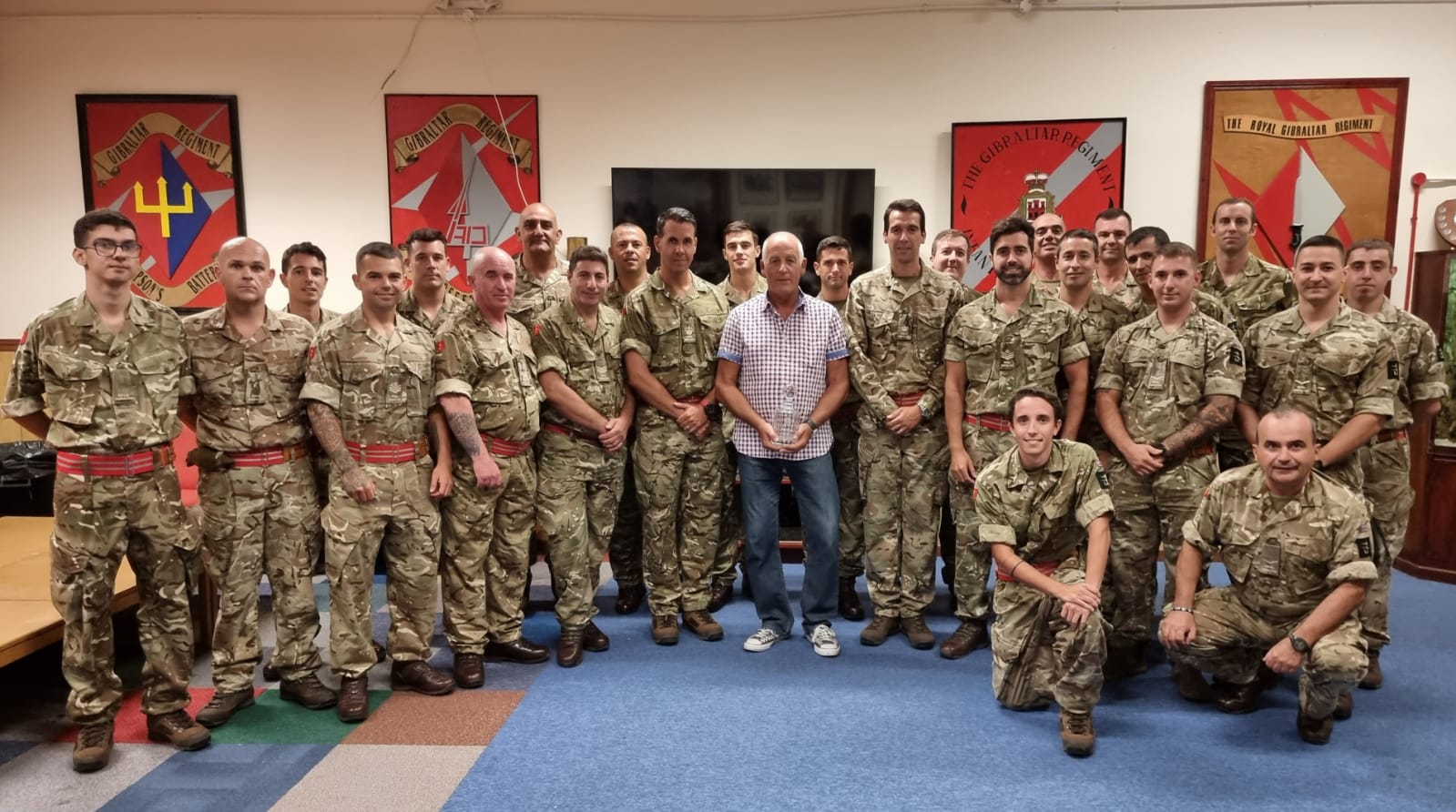 The final presentation of the evening was in recognition of Cpl Casciaro’s service to the Royal Gibraltar Regiment between October 1988 – July 2021.

His citation explains the sustained commitment Cpl Casciaro has shown to the Army Reserve over his long career.

“For as long as anyone can remember, Martin Casciaro has been in the team ensuring the Company has been administered correctly,” said a spokesman for HQ British Forces Gibraltar.

“He has been the All Arms Storeman for at least 10 Company Quartermaster Sergeants. No one knew (or will know) the Equipment table better than him.”

“He will always be remembered for going on endless UK Camp Advance parties to ensure everything for the lads was squared away - even ensuring all beds were made for the troops.”

“Cpl Casciaro has been fundamental in ensuring the restroom always had a supply of burgers (and beer of course) and cooked for the troops week after week until late into the night.”

“He is referred to as Brigadier Casciaro - an anecdote from the many times other units here or abroad have paid their respects thinking he was a Senior Officer due to his white hair.”

“He is the most loyal and hard-working bloke to have served with who even upon retirement still goes up on Thursday nights to spend time with us.”

Clasps were also awarded to the following personnel for an additional 5-year period in the service.

Sgt Saccone and Cpl Bramble were awarded a 3rd clasp.