Last year put the climate emergency front and centre, and that's likely to continue being the case.

The news stories can be overwhelming, whether it's seeing footage of the bushfires in Australia, or the World Bank predicting the Maldives could be completely submerged by 2100 due to rising sea levels.

We're increasingly wising up to the crisis, particularly with the help of activists like Greta Thunberg and David Attenborough. In Attenborough's recent documentary, Climate Change - The Facts, he said: "We're running out of time but there's still hope... I believe that if we better understand the threat we face, the more likely it is that we can avoid such a catastrophic future."

While there is hope, concerns, statistics and warnings from scientists about the state of our planet have helped trigger the rise of eco-anxiety - stress as a result of the climate crisis. For Caroline Hickman, psychotherapist at the University of Bath and Climate Psychology Alliance, eco-anxiety doesn't have to be a bad thing - even if the name doesn't ooze positivity.

In fact, it could become a positive force in the face of a growing global emergency - depending on how you channel it.

What is eco-anxiety?
It's all about fear of the future, explains Hickman, which is "particularly focused around fear of environmental disaster." She says it "can look and feel very similar to other anxieties, initially."

Anxieties tend to be focused around specific things - Hickman gives examples like getting on a plane or getting married - and eco-anxiety is specifically fear about future environmental collapse.

"As soon as people engage with information about the climate and biodiversity emergency, they start to imagine what's going to come in the future, and they start to see an infrastructure breakdown," she explains, noting how severe air pollution in Delhi, towards the end of 2019, for instance, led to mass school and business closures, causing "massive social unrest as well as environmental problems. So people project forward their anxiety about ecological and environmental breakdown into social collapse and social breakdown."

However, Hickman is keen to emphasise that eco-anxiety is a very new phenomenon, and in its early stages of development in the West "but in the South and around the world, people have been feeling terribly anxious for decades." Countries in the global South, like Bangladesh, the Maldives and Vanuatu have "been dealing with the problems of the climate emergency" for many years already. 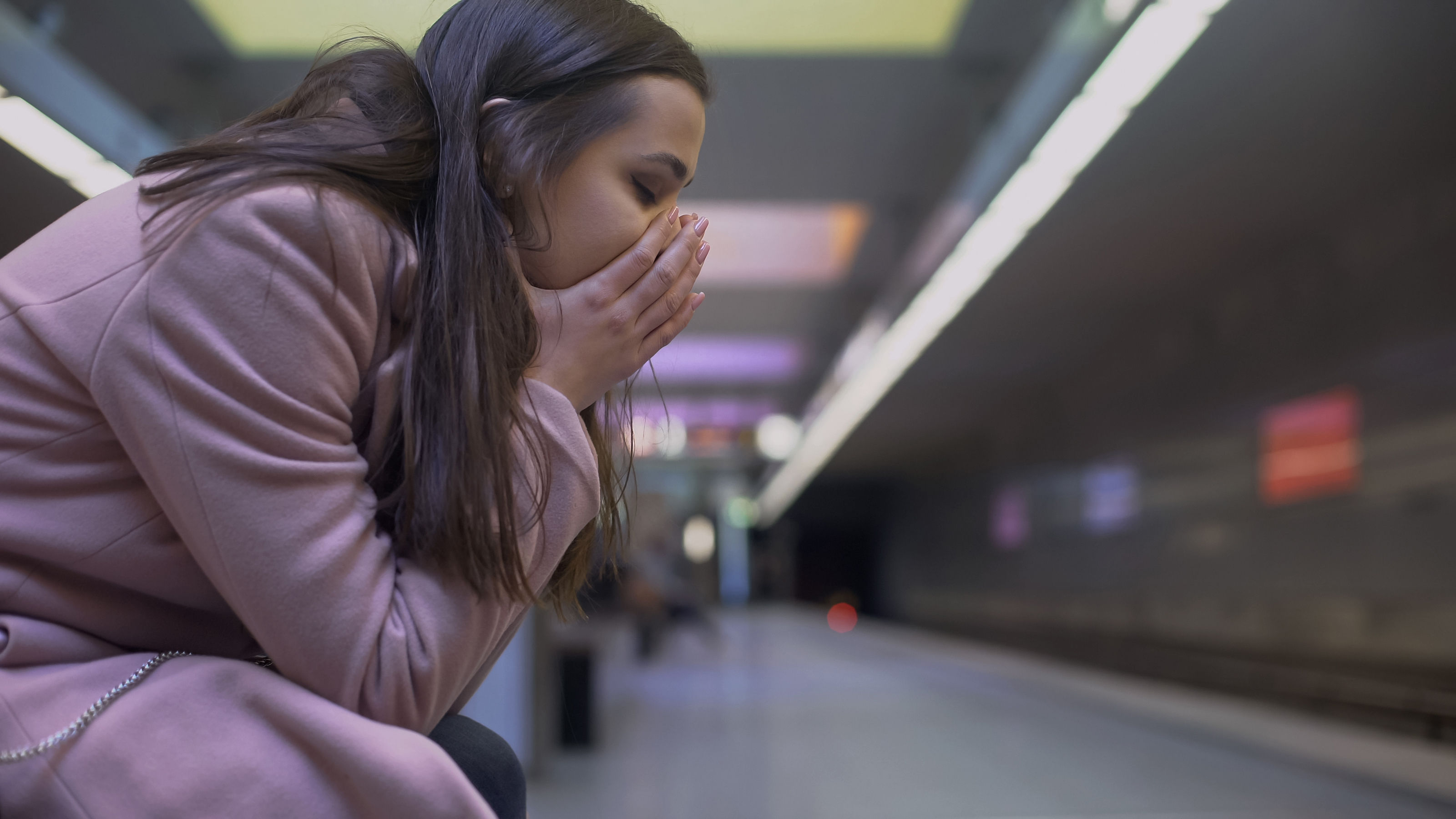 Signs you're suffering from it
For Hickman, eco-anxiety is on a spectrum. "At the extreme, people can become quite paralysed, traumatised and terrified, and go into a kind of frozen state of anxiety where they just can't function," she says. "People have described things to me like standing in the supermarket and not knowing what food they're allowed to buy anymore - they can't bear to go shopping because it feels like every decision they make is having a negative impact on the environment."

On the less extreme end of the spectrum is someone who is "emotionally available to share information, have it make an impact on you, and then decide to take action on it," says Hickman. This is where eco-anxiety can be useful: when you take in the facts and figures - which can be horrifying - but process them and act positively moving forward.

What Hickman doesn't want is people hearing the statistics and going on the defensive. Denial isn't helpful, neither is harsh criticism of those already trying to make a difference, like Greta Thunberg.

How to talk to someone with eco-anxiety
Hickman doesn't think you have to be a therapist to talk to someone with eco-anxiety: "You can just be an emotionally aware adult." When talking about the climate crisis in general, Hickman's main piece of advice is to "be gentle". This is because "if somebody defensive gets triggered, it's because they're overwhelmed," she explains. "You have to educate people to understand emotionally what's going on, so they can work that through."

When it comes to young people - who are likely to become the most affected by climate change -Hickman says "we should be saying sorry because it is our responsibility."

"There's something therapeutically really important here - it's called reparation in psychotherapy terms, which is about repairing something that is damaged or broken," she explains. "This is the legacy old people are giving to young people, and we should say sorry."

Why we need eco-anxiety
The extreme end of eco-anxiety is no good for anyone. If you're paralysed with worry, your mental health will suffer, and you won't actually be able to do anything to help.

Hickman thinks a less extreme level of eco-anxiety is a good thing though, because "it's a sign of awareness and empathy. We will only feel anxious if we care about what happens to the world - and that's an empathetic response. I think if you're eco-anxious, it's because you're aware, so that's a sign of mental health."

Hickman sees a healthy level of eco-anxiety as "taking the power back". It means you've absorbed information about the crisis and have not let it overwhelm you - instead, it's fuel to the fire to do your bit. "It is scary, but there are things we can do," the psychotherapist explains.

Hickman deals with eco-anxiety herself, saying: "Every day I will let myself feel some grief, anger, despair and depression - but I won't collapse into those feelings. I'm so glad I feel those things, because it means I'm engaging in as real a way as possible with what's really going on.