It’s hard to pinpoint the origins of South America’s most misunderstood mammal. Clues lay buried beneath 15 million years of dusty, opaque history, with limited resources available to excavate. A tricky temperament also makes studies challenging; skulking in the shadows of dense forests by day – but mainly active at night – these aren’t the easiest animals to track down.

A robust, stocky creature with an elongated snout peeling back to reveal its gummy grin, the lowland tapir could easily be a hybridised elephant and pig. It’s not. Neither is it an anteater, biologist Patricia Medici is eager to point out. 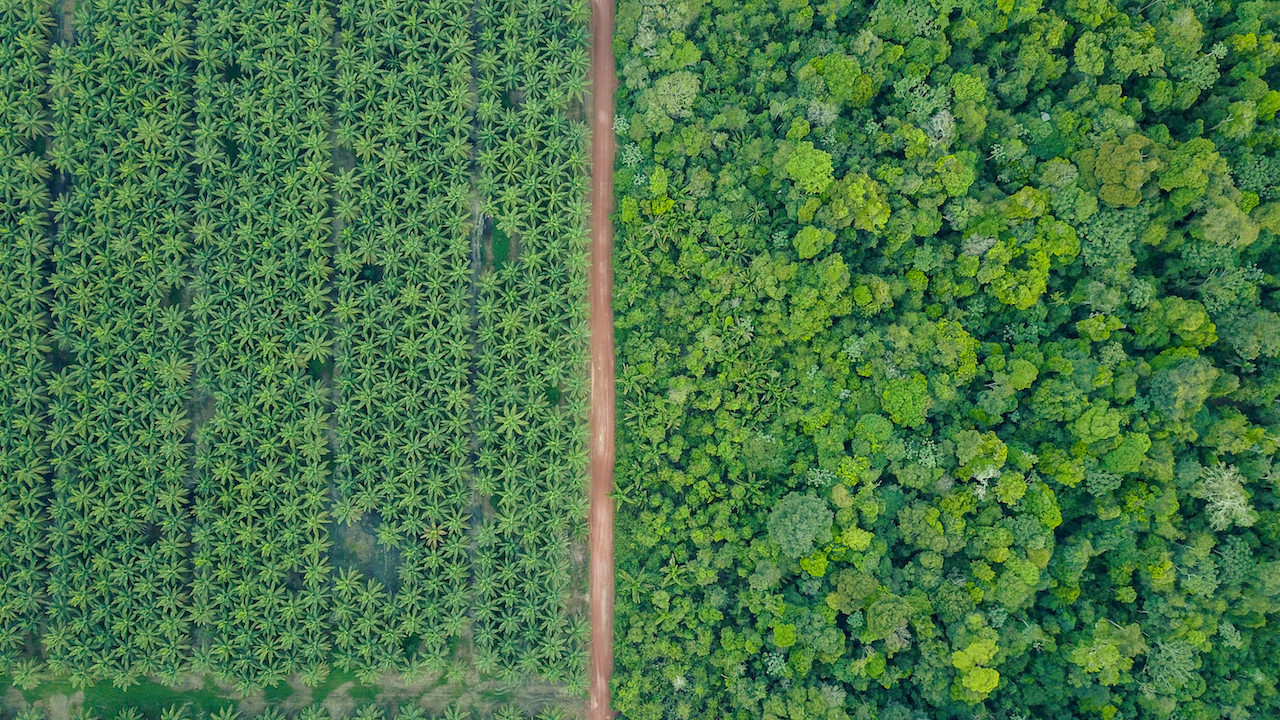 Medici admits the stealth survivalist suffers an ongoing identity crisis, despite having walked the planet three times longer than humans. But she’s confident the work of her NGO IPE (Institute for Ecological Research) and its Lowland Tapir Conservation Initiative, has raised awareness in the last 20 years.

She’s clearly impressed the judges of the Whitley Fund For Nature, whose board of trustees includes Sir David Attenborough. In 2008, they honoured her work with a Whitley Award; this year, she receives the prestigious Gold Award for an outstanding contribution to conservation, although the ceremony has been postponed until December.

Spread throughout Southeast Asia and Latin America, there are four distinct species of tapir; all play a pivotal role in shaping the biodiversity of forests, although none are revered in the same way as charismatic megafauna, like tigers and jaguars. Rarely do they appear on a wildlife tourist’s bucket list.

Medici, who grew up surrounded by nature in the Atlantic Forest, admits she didn’t immediately fall in love with them. But over time, she’s developed great awe and respect, praising their diligence and “super plastic” resilience. “They became my cause,” she says.

“Without tapirs, we’d have a very different forest,” Medici warns. Eating up to seven kilos of fruit and plants every night, the herbivores redistribute seeds over a wide-ranging area, earning them the moniker ‘gardeners of the forest’.

Nocturnal, solitary and “very elusive”, they are, however, extremely difficult and expensive to study. Medici recalls very little had been written about the “living fossil” when she started out, part of the attraction for making them her focus.

Her work to date has been in the Atlantic Forest, Pantanal (one of the world’s largest freshwater wetlands) and Cerrado (a savannah landscape), where deforestation has destroyed habitat and fragmented populations. Pesticide contamination, road accidents and hunting also pose threats. 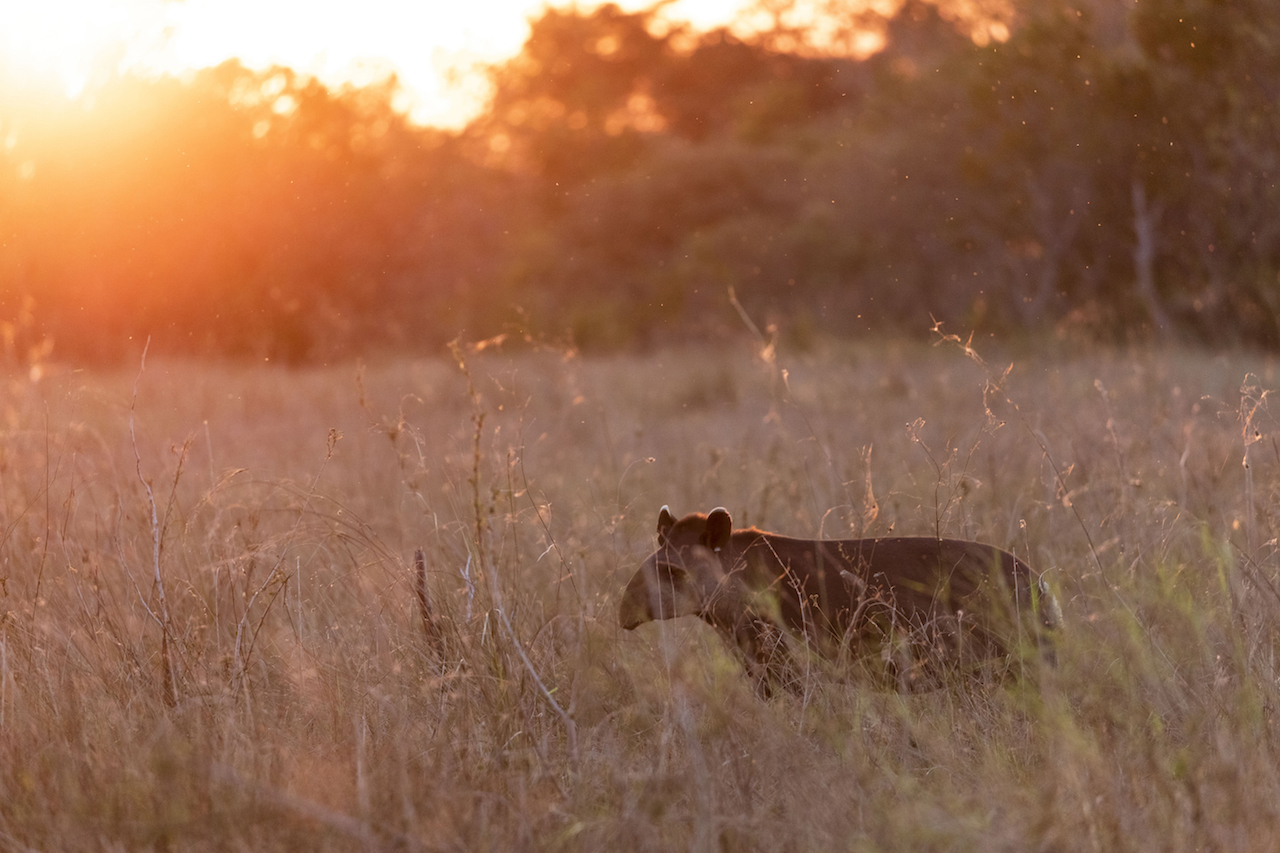 “It’s a very large animal, 250 kilos sometimes,” she says. “That meat can feed a family for several weeks. And in some places in the Amazon, they use the feet and penis for medicinal purposes.”

Subsistence hunting is still legal in the Amazon, an area where Medici intends to use the £60,000 funds from her award to expand IPE’s work, and unsustainable levels of hunting have left empty pockets in the forest where there are no longer any gardeners at work.

Although very little census data is available, lowland tapirs are listed as vulnerable on the IUCN Red List Of Threatened Species. A slow reproductive cycle, with only one offspring following a 14-month gestation period, means even a few losses can have a catastrophic impact on populations.

Along with research, education comprises a big part of Medici’s work.

“We plan to focus on a stretch of land along the southern part of the of the Amazonian biome; an area that has already been heavily impacted by large-scale agriculture, cattle ranching and high levels of deforestation.”

It’s an area that viewers across the world will recognise, after scenes of devastating forest fires were broadcast last summer. Many, says Medici, are still burning.

The agenda pursued by far-right president Jair Bolsonaro, whose response to the fires was criticised, also poses a challenge. Safeguards originally put in place to protect the rainforest are gradually being dismantled, Medici laments: “We had some of the strongest environmental legislation in Latin America.”

Although, ironically, the global pandemic could have a positive impact on the situation.

“Brazil seems to be waking up, so I’m trying to be hopeful,” says Medici, citing Bolsonaro’s declining popularity in response to his handling of the coronavirus crisis. “I’m trying to be optimistic that this guy will be impeached or resign; something like that has got to happen.”

She also believes people’s attitudes towards nature are changing for the better.

“I have to believe that people will learn a lesson; that this will change perceptions about the environment, about climate change, about valuing nature.”

“Brazilian tapirs do have a bit of a PR situation,” she laughs, revealing the animal’s Portuguese name is also slang for “jackass”. But just like the origin of the species, roots of the cruel jibe are hazy. Medici suspects it may have some connection to early Portuguese colonisers who failed to domesticate tapirs as working animals.

“We know they’re extremely intelligent and have huge amounts of neurons on their brains,” she contests. “In some parts of the Amazon, they are believed to be the reincarnation of deities.”

But if intelligence and endurance don’t win these planetary superheroes a fan base, perhaps they can clock up points on the cute scale after all.

“They have the cutest offspring on the face of the earth. Those little baby watermelons,” swoons Medici, referring to the stripy skin of juveniles. “There’s no competition.”
(PA)