Water will be disconnected every evening between 12.30am and 7am while emergency work is carried out to repair water pipes damaged by a collapse in Power’s Drive Tunnel as a result of a fire that started on Tuesday and, while under control, has yet to be fully extinguished.

Details of the step were outlined in a statement issued by the Gibraltar Government following a civil contingencies meeting at 9.30am on Friday in the Strategic Coordination Centre at No.6 Convent Place, the sixth such meeting since Tuesday. 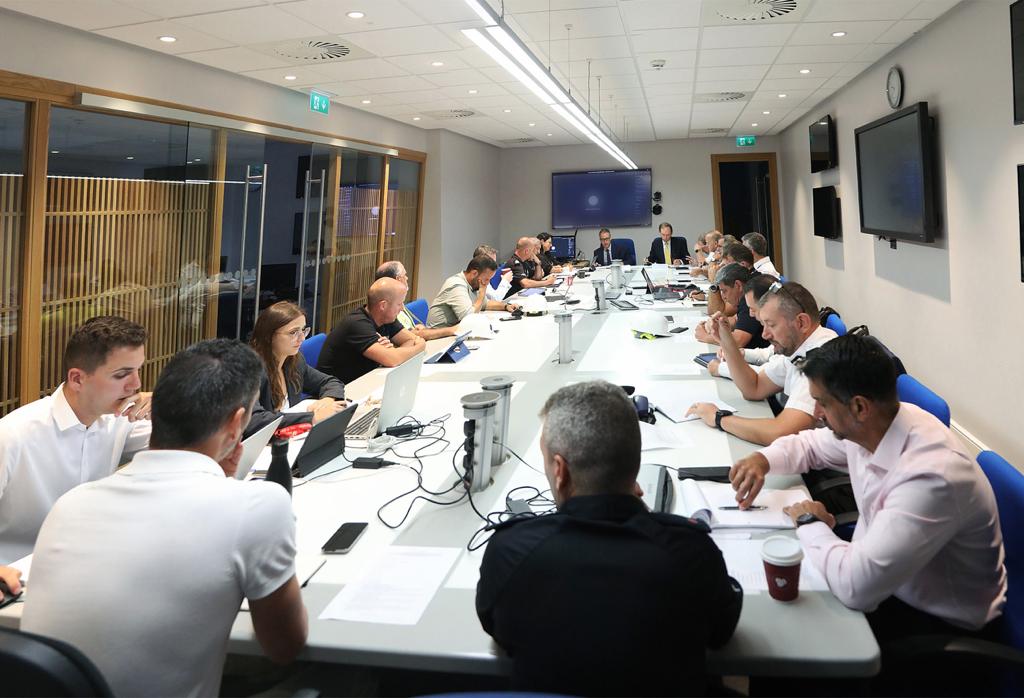 As of 2pm Friday, the situation with the AquaGib Reverse Osmosis Plant is that power has been restored.

However, the water supply to the plant has been affected by the fire and rockfall and is severely impacting on its ability to generate fresh water.

The latter was confirmed late Thursday night once the plant started up after power had been restored.

As a result of the damage to the pipe supplying salt water to the RO plant, it has been unable to produce fresh water.

It was envisaged that the potable water kept in storage would last longer but AquaGib said it had noticed a spike in consumption on Wednesday night.

This resulted in a loss of water pressure as a result of which water supply to the lower south district and the upper town was affected by Thursday afternoon.

Some areas of Gibraltar remain without water, while supply in others is patchy.

The water will be disconnected every evening between 00:30 and 7am to both save on the current water supply and increase the water pressure available, No.6 Convent Place said.

Given the damage to the existing water pipe, repairs are in the process to re-route it. 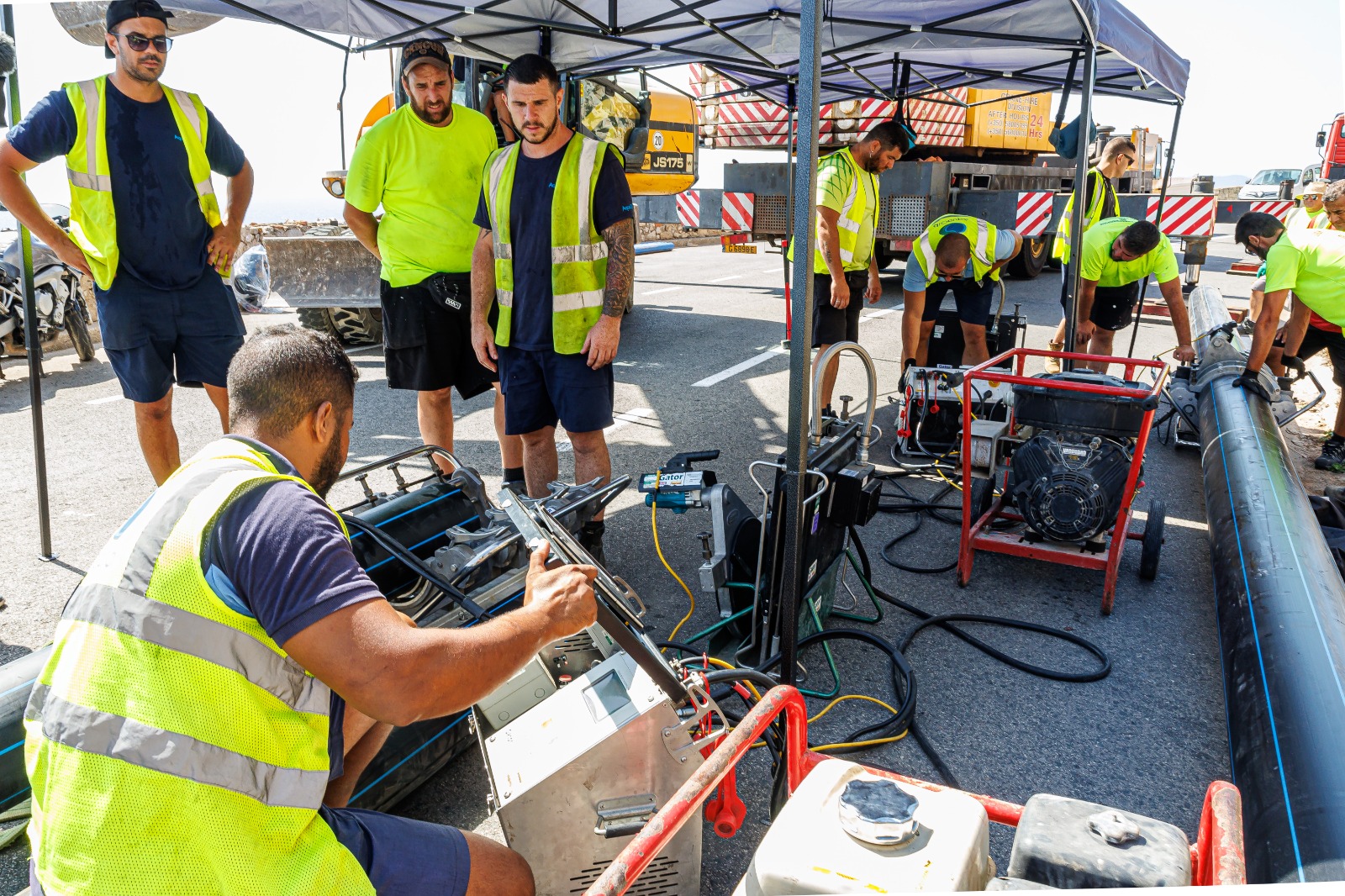 However, due to contingencies that have been put in place since Tuesday, the latest advice is that this will now take approximately 48 hours, No.6 said.

Only one pump at the North Mole is operational, with this water being prioritised for St Bernard’s Hospital.

The Government of Gibraltar and, in particular, the Office of Civil Contingencies, is liaising with AquaGib to continue to implement contingency measures until the situation returns to normal.

Contingency plans have been put in place to ensure continued water supply to all essential services in Gibraltar.

Bowsers have been placed at several locations around Gibraltar and bottled water is being handed to people affected by the low pressure and without running water in their homes. 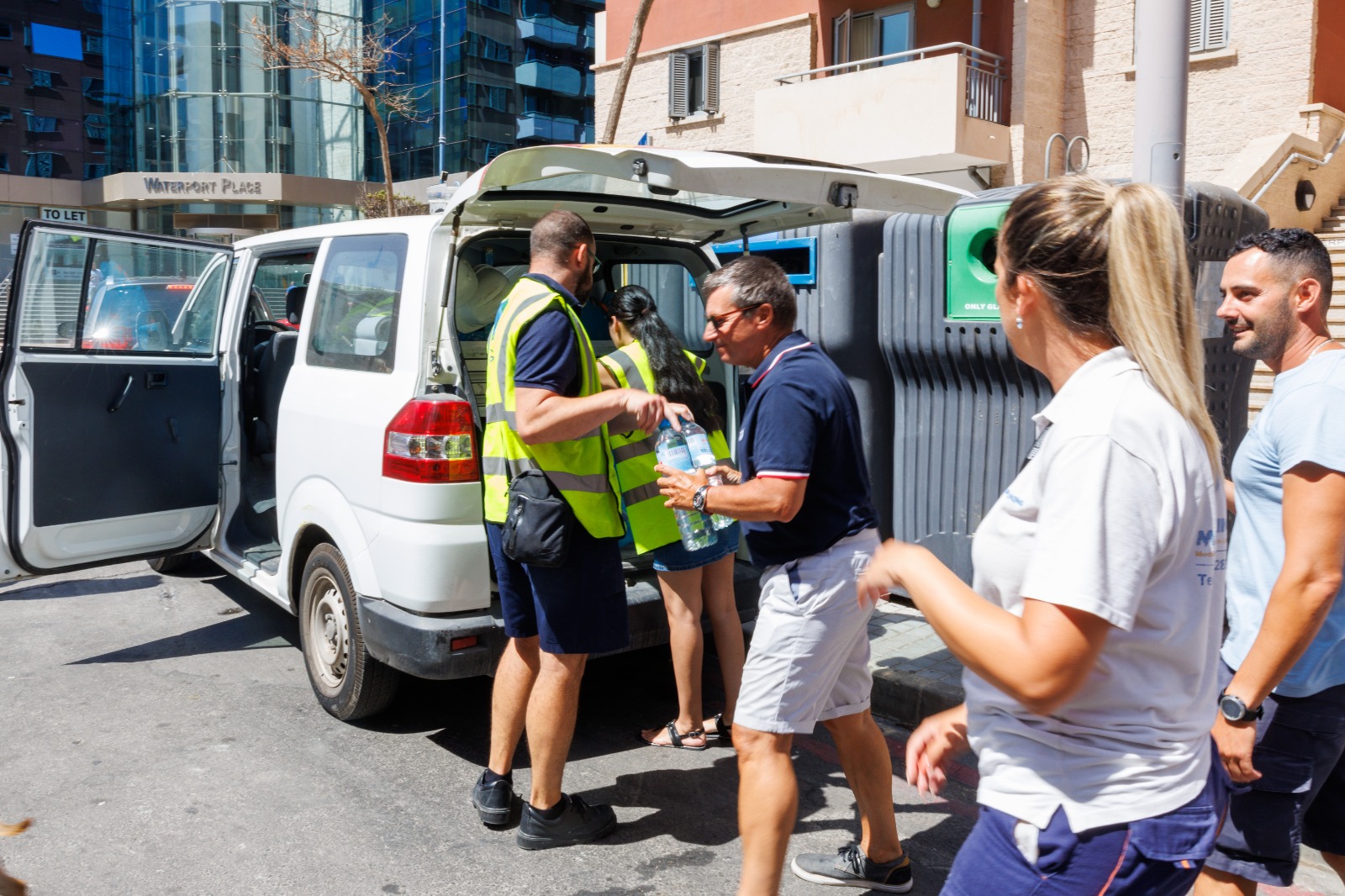 AquaGib have worked with the Care Agency and have set up an emergency helpline for those who are vulnerable, elderly or with disabilities.

These individuals can phone 20073659 or email hearing@aquagib.gi

Parents or guardians with children under 12 months are advised not to use mineral water with sodium levels over 200mg per litre for mixing instant formula feeds.

Instead, a facility has been set up at Leanse Place where fresh tap water can be collected exclusively for this purpose.

Chief Minister Fabian Picardo is away from Gibraltar with his family on annual leave but has been in continuous contact remotely with Dr Garcia.

The Governor, Vice Admiral Sir David Steel, was also present at the meeting. 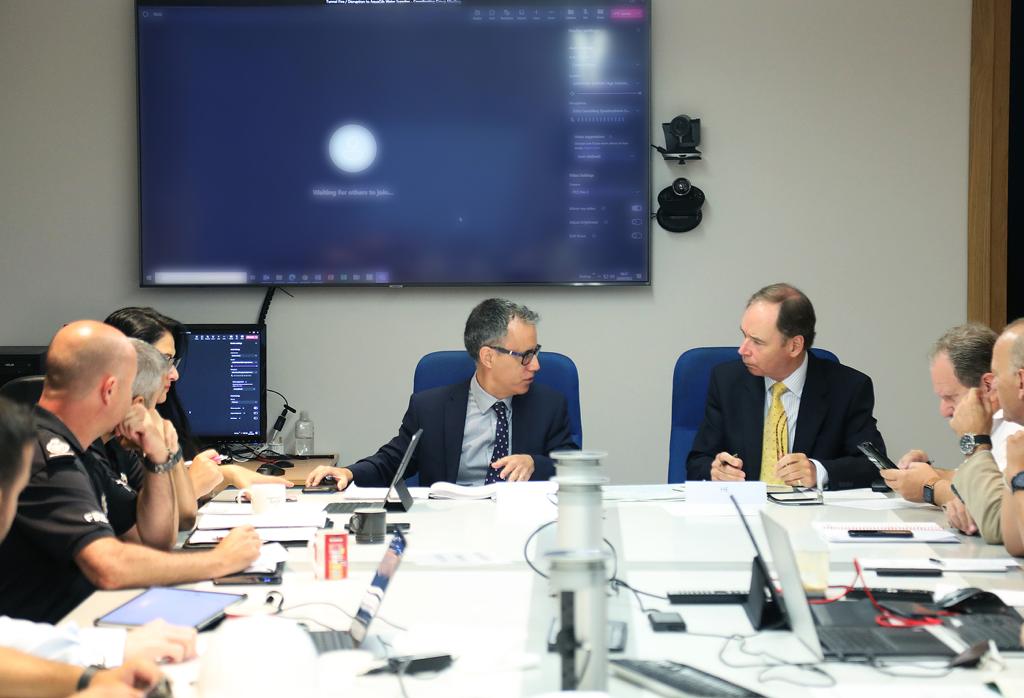 Dr Garcia met with the Leader of the Opposition, Keith Azopardi, at No.6 Convent Place to update him on the latest situation regarding the fire and water issues, as well as to explain the detailed contingency measures in place to ensure sufficient potable water supply in Gibraltar throughout the weekend.

“On behalf of the Government and People of Gibraltar, I would like to thank all the emergency services who have been working flat out in dealing with the fire and subsequent damage to the salt water pipe supplying the Reverse Osmosis Plant,” Dr Garcia said.

“Their efforts have been extraordinary and I have no doubt the whole of Gibraltar will want to join me in thanking them for their efficiency and hard work in what has been extremely difficult working conditions.”

“The Government has now held six Civil Contingency meetings with detailed plans and contingency measures put into action to ensure as much access to water as possible for our resident population.”

“Water bowsers have come in from Spain this morning and this continuous 24-hour supply will be helpful in restoring levels once the new pipe is up and running.”

“I have been in touch continuously with the Chief Minister who is fully briefed and aware of the situation and is in direct contact with all members of the Cabinet.”