Monday was Charles’s first birthday since becoming King on the death of his mother, the Late Queen Elizabeth, in September. 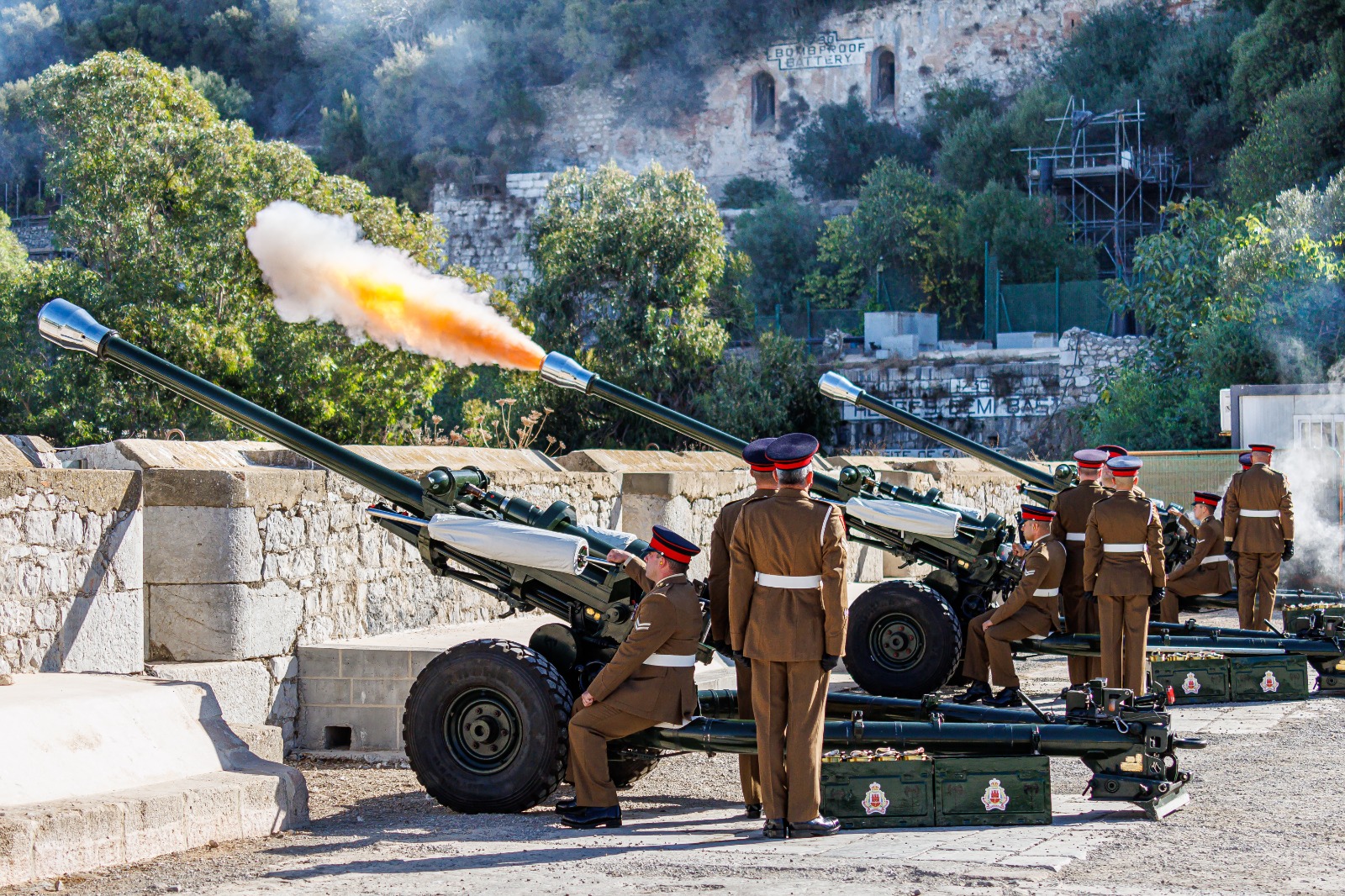 The Governor was formally received and hosted by the Regiment’s Commanding Officer, Lieutenant Colonel Moore, with serving and retired members of the Regiment, dignitaries and guests also present.

Members of the public gathered to watch the salute, which lasted just over three minutes as officers and veterans from the Royal Gibraltar Regiment stood to attention.

On completion of the salute, the Governor, Chief Minister Fabian Picardo and the Commander British Forces, Commodore Tom Guy, proceeded inside Grand Battery House where a presentation of Regimental Silver and two paintings were unveiled before everyone retired for refreshments. 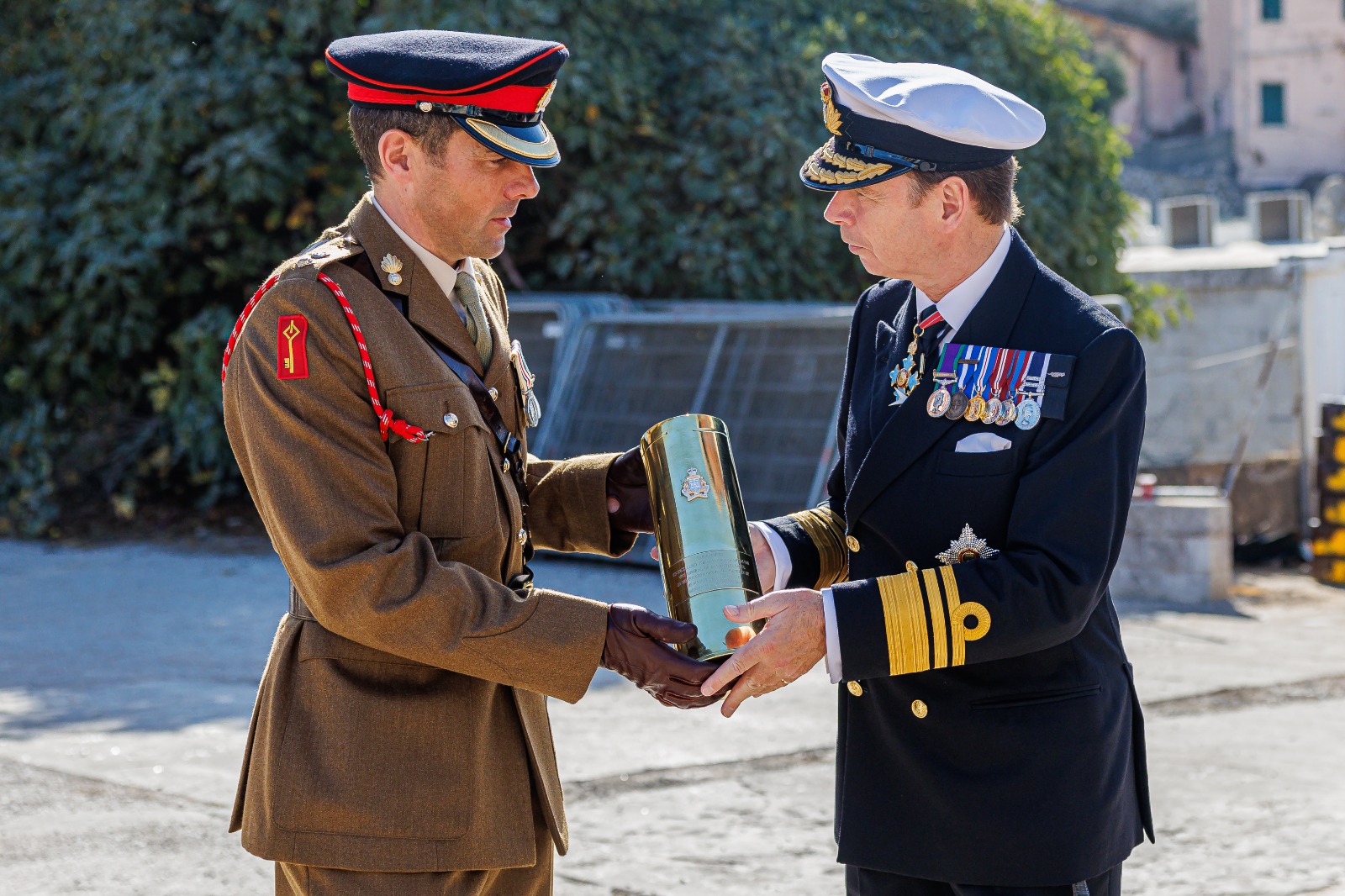 The gun salute was one of many that took place marking the King’s birthday.

Gun salutes were fired across London, with the King’s Troop Royal Horse Artillery firing 41 volleys at Green Park which was followed by the Band of the Scots Guards also playing Happy Birthday in the park.

An hour later, the Honourable Artillery Company fired a 62-gun salute at the Tower of London.

The Band of the Household Cavalry also performed Happy Birthday during the Changing of the Guard ceremony at Buckingham Palace.

The King celebrated his birthday with a new role as Ranger of Windsor Great Park, a role his father the Late Duke of Edinburgh held for 70 years. The Queen took on the role when her husband passed in 2021.

The birthday celebrations come a day after leading the nation at the Remembrance Day service at the Cenotaph on Sunday.