Gibraltar’s young boxers were treated to a surprise visit on Thursday by professional boxer Dillian Whyte and his team. It a short visit to the Rock Whyte surprised everyone by visiting local facilities.
Dillian Whyte produced fourth-round knock-out to win his rematch with heavyweight Alexander Povetkin in Gibraltar in March in what was the first heavyweight fight at this level in Gibraltar.
At a time when Whyte’s and Matchroom are looking for the next big fight the professional boxer visited the Gibraltar Boxing club (GBC) where he watched young boxers sparring at the local facilities before taking time to have photos taken with him and sign poster and gloves. Among the people he was able to meet was head coach Ernest Victory (MBE) whose work in boxing have been fundamental in keeping the sport alive in Gibraltar in recent decades.
Whyte’s presence in Gibraltar when Matchroom have just completed their second big international event hosted in Gibraltar is seen by many observers as a further indicator that Gibraltar could be among the future venues Matchroom is looking towards for other big fight nights.
Matchroom Boxing was only last month reported in U.K. boxing news services to have signed a recording breaking deal with streaming service DAZN to replace Sky Sports as their exclusive broadcast partner in the U.K.
PICs Courtesy of Gibraltar Boxing Association 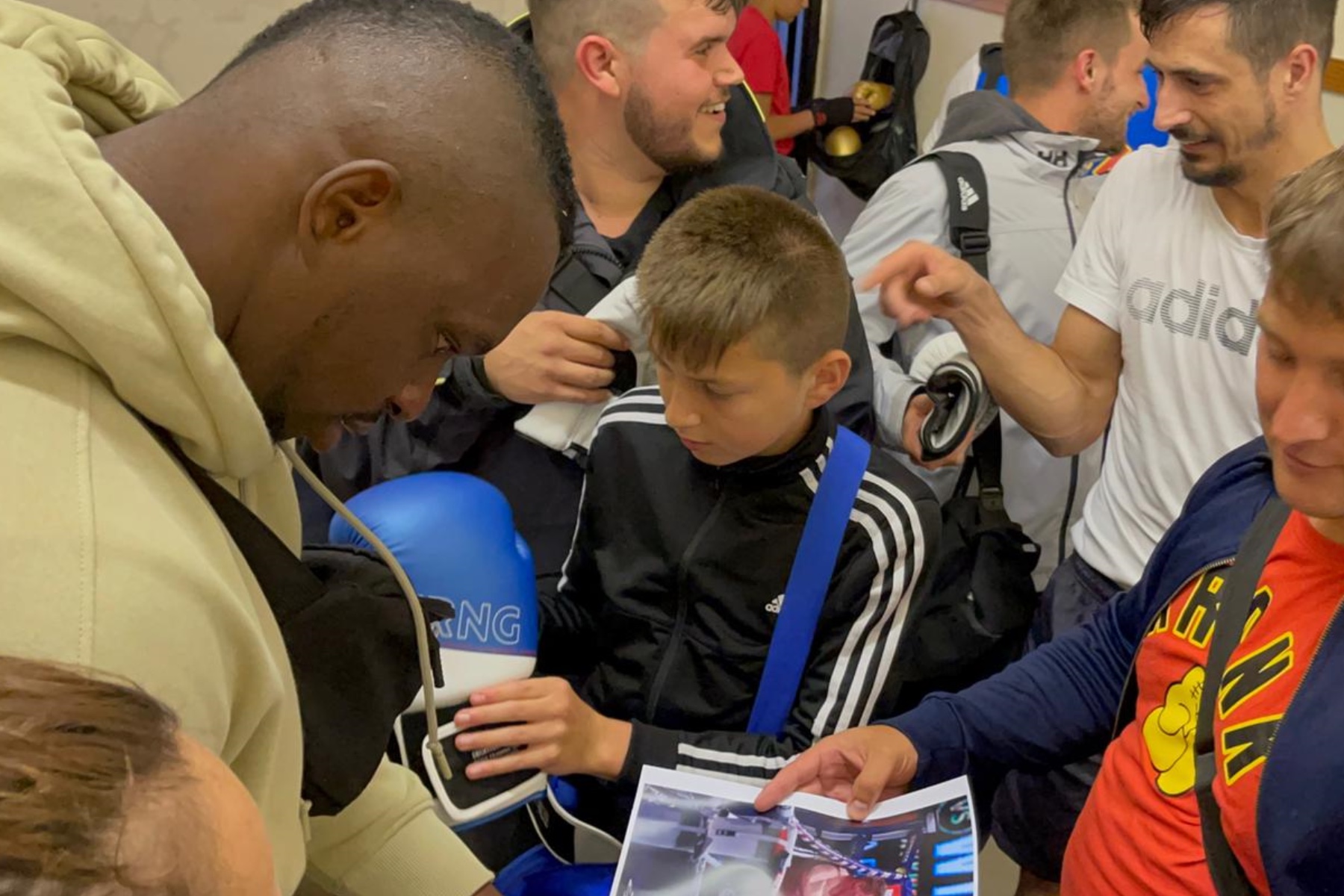 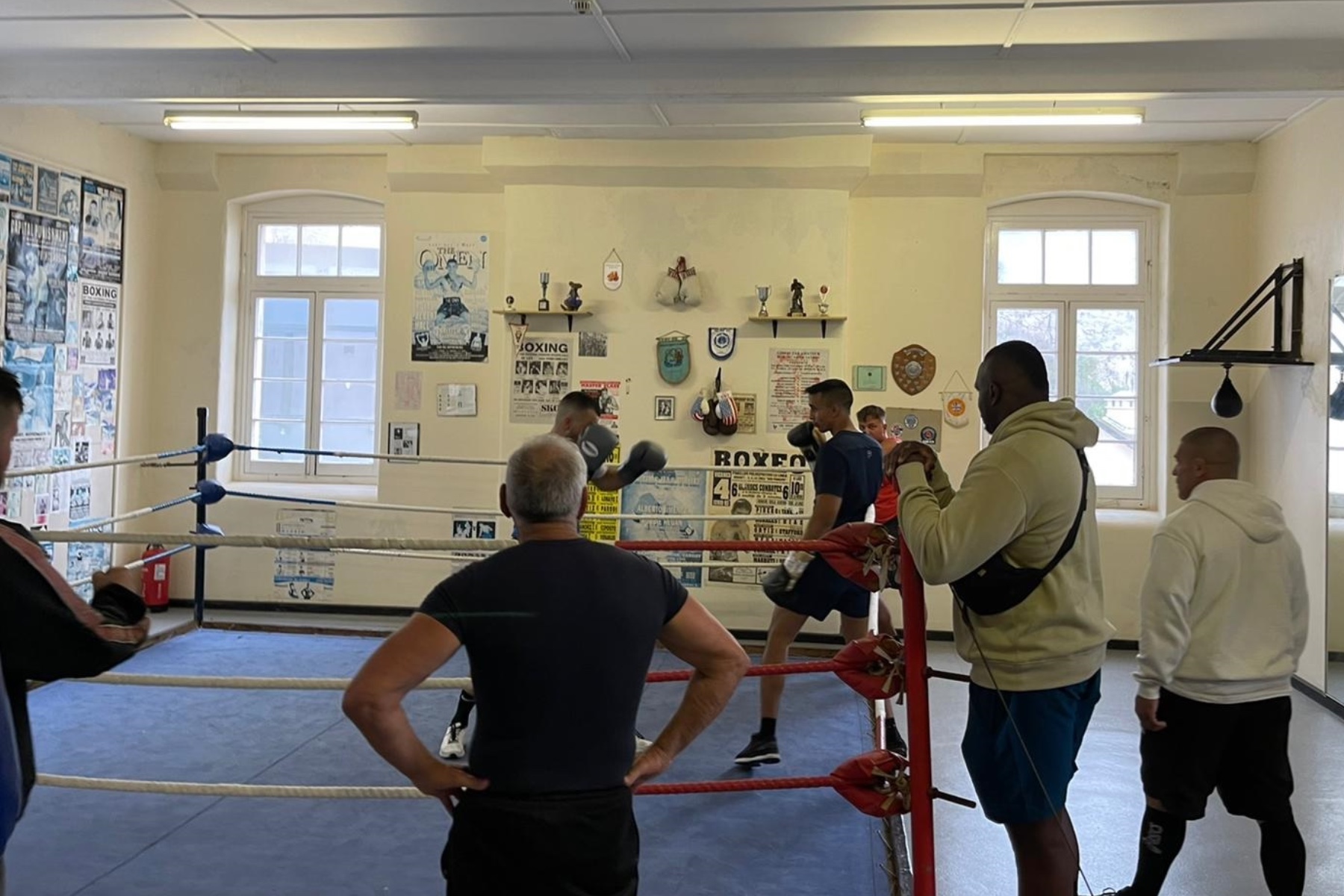 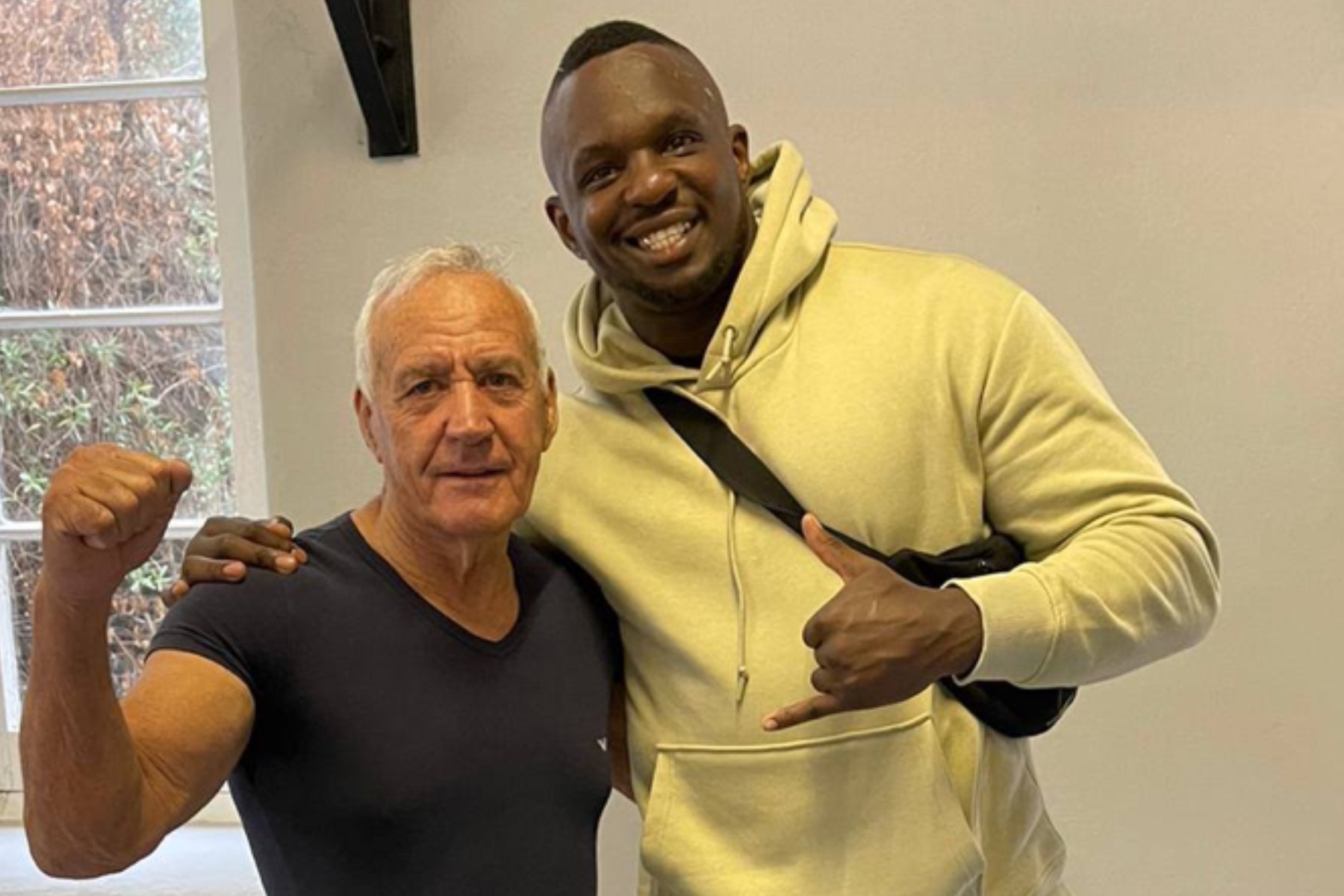