A comeback gives Man 62 their first point of the season

With twenty six goals conceded in three matches Europa Point needed to turn things around and after just twenty minutes into their match against Manchester 62 seemed to have already have started to do so as they led by a solitary goal.
Man 62 had the talent on the field which should have made this match far easier for them to take, at least on paper. However, they continued to struggle to find that fluidity and final third of the field play which would provide the goals.
Insisting on leaving three at the back Manchester 62 were exposed to Europa Points quick counters as the midfield was slow in chasing back.
Kieron Garcia was to see a tap from a free kick go just wide on the 29th minute in what was Manchester 62s first real chance for a time.
A decision by goalkeeper Maiden to punch out a ball he could have collected provided Europa Point with a chance. Collecting at the edge of the box a shot rung out which Maiden though reaching with one arm was only able to push into the roof of his own goal as Europa Point exposed Manchester 62s vulnerabilities at the back.
The lack of an effective attacking line making matters worse for Manchester 62.
In contrast to their previous three matches Europa Point had space to play and match Manchester 62 throughout the field. Tuleda having an easy first half.
Europa point did not produce too many attempts at goal themselves but the two they had they had secured goals from.
The second half was to tell another story altogether.
Manchester 62 dismantled all the work Europa Point had done in the first half and produced a three-minute two goal rush with goals in the 56th and 59th minute which saw them level the score.
For Manchester 62 and new owner Michael Mansour this was their first point of the season, importantly the second half comeback underlining the scope the team has but has yet not shown on the field in its entirety.
For Europa Point it will have felt as two dropped points but a welcome sigh of relief of producing a result after conceding twenty-six goals in just three matches and seeing their season crumble away. 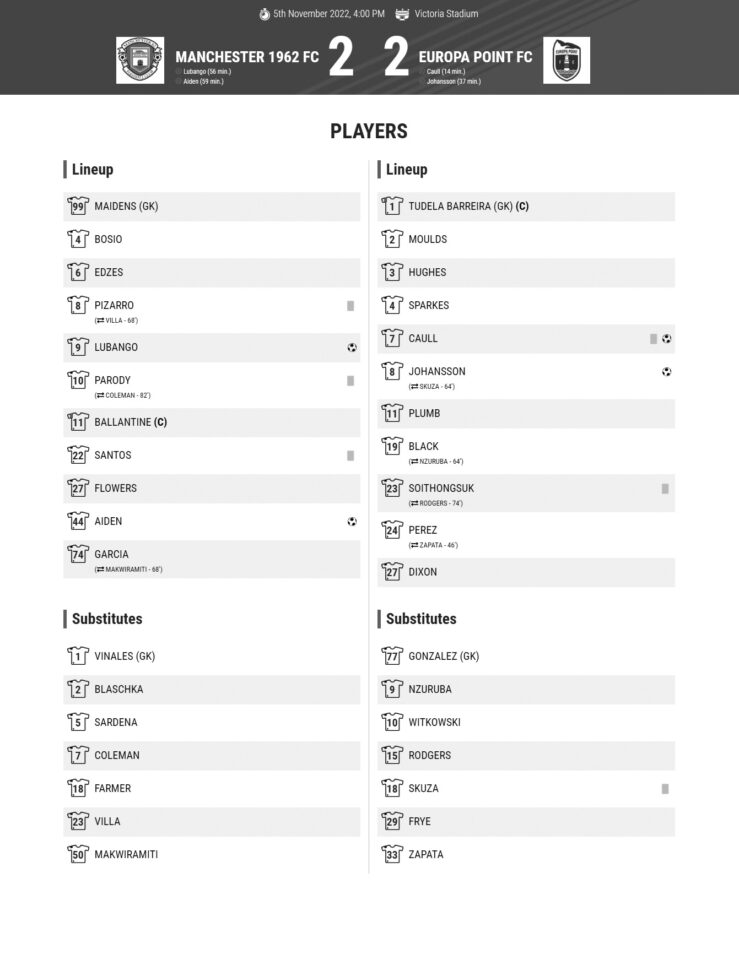 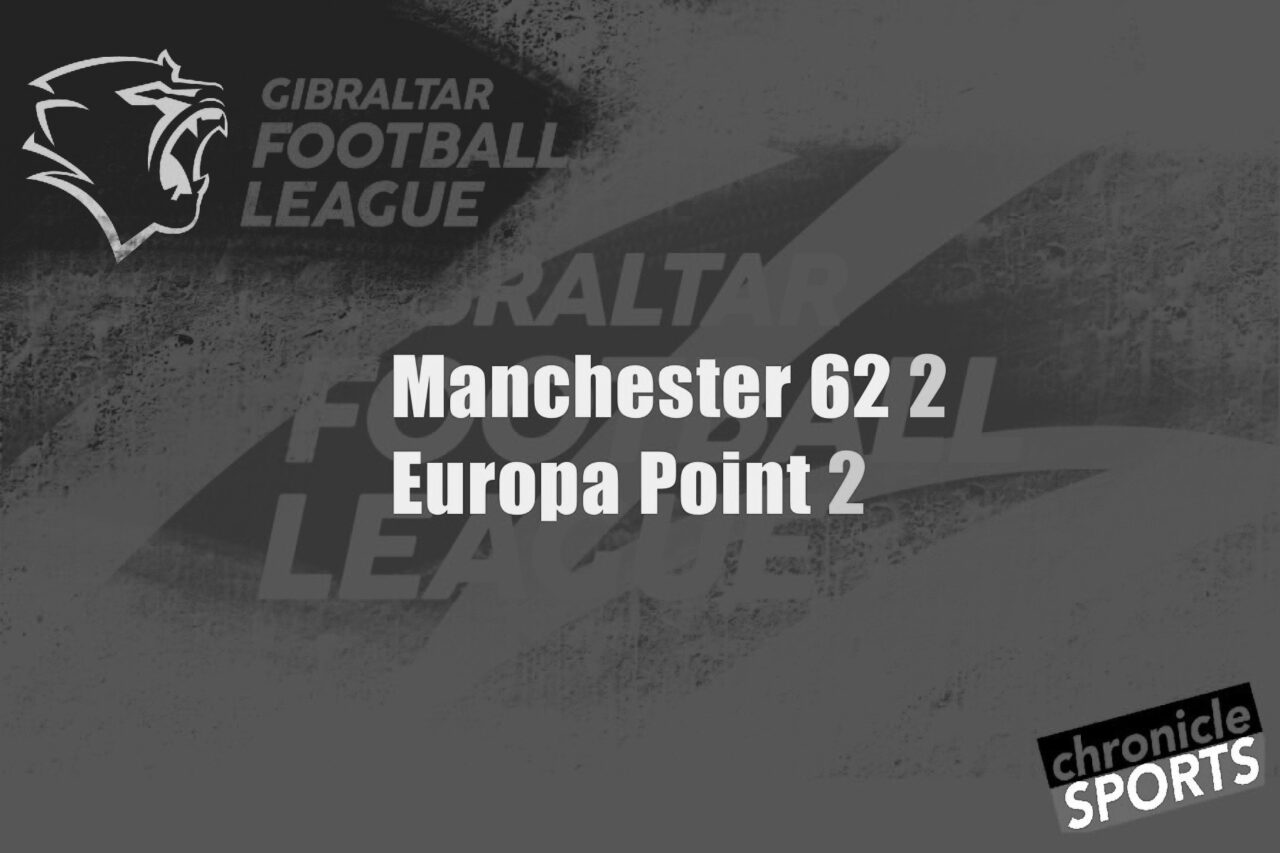