A day in the life: Lifeguards on the Westside PART TWO

This summer the Chronicle visited the lifeguards during a busy summer due to the Covid-19 pandemic. This is the second of a three part series where we look back on the bathing season and today Chronicle reporter Eyleen Gomez focuses on the Westside of Gibraltar.

Patrolling Western Beach on the day was Linden Cornelio, 21, Anastacia Jimenez, 16 and Zoe McKnight, 17, was the beach attendant.

Mr Cornelio is in his third year as a lifeguard and has noted the number of people on the beaches have increased this year when compared to last. 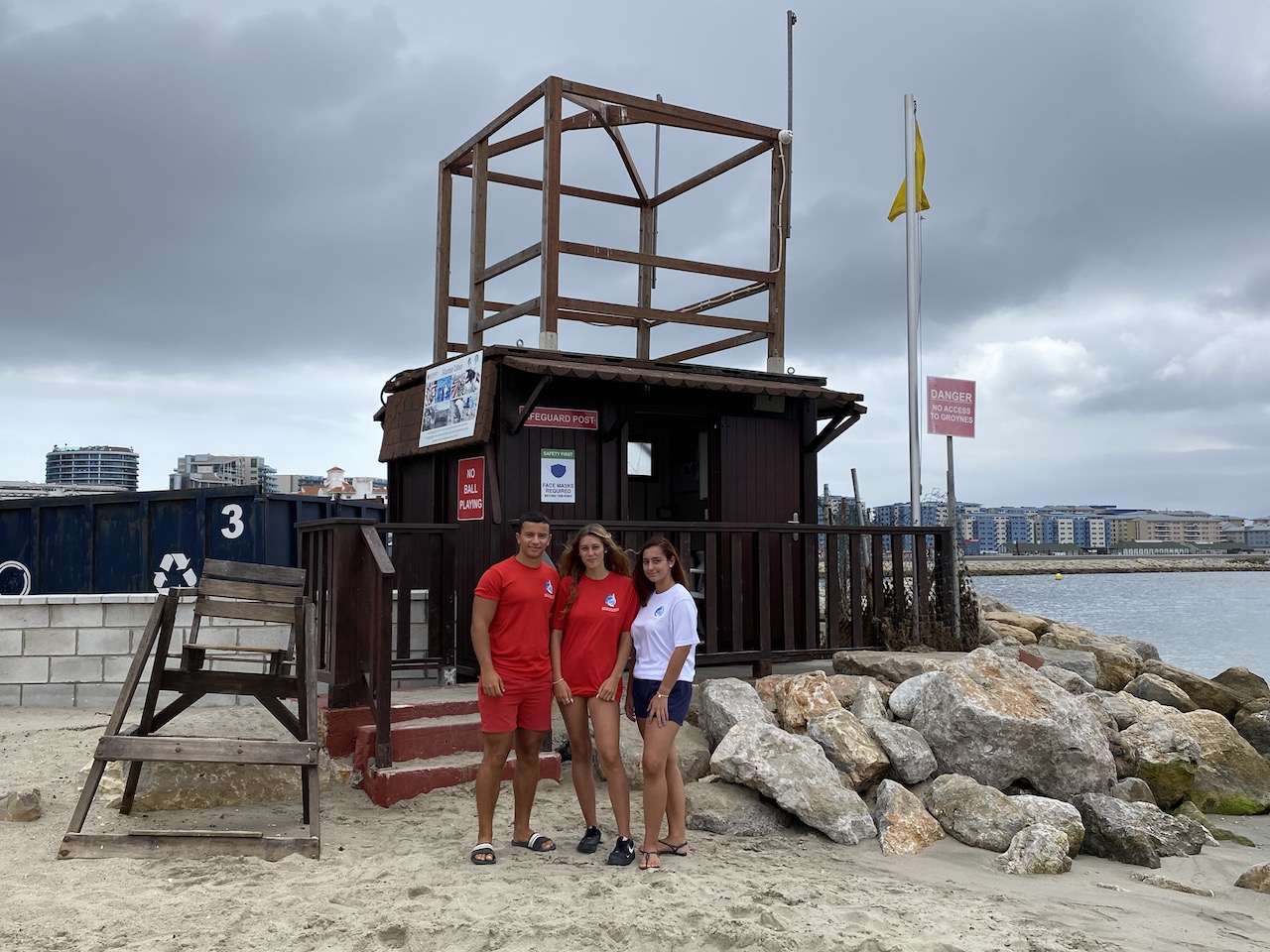 “When the border was closed [border was not closed but passage through was restricted due to Covid measures implemented by authorities] in the beginning we had more beachgoers and even when it opened people were more scared of going into Spain so we had more people stay here,” he said.

“It has been harder than other years because you have to realise you do get all sorts of people, people who are very compliant and who do listen to our rules and obey the rules but then you do get others who disobey and this happens every year but this year it has been more evident.”

He had to deal with a rescue in Catalan Bay this year when a child was caught in the rip current by the groynes. They were drifting away and using the torpedo piece of equipment he was able to return the child safely to their family.

Ms Jimenez is in her first year of lifeguarding and became a lifeguard so she should save up money for a motorbike. She has not had any major rescues to deal with but states shes had her fair share of first aid incidents to deal with.

Western Beach is her favourite one to work on as “you don’t have to worry as much as it is not as stressful.”

Ms McKnight took up the roll of beach attendant as she likes working with people.

“Especially with Covid now we have a lot of vulnerable people and I wanted to help them,” she said.

“It has been quiet as I feel a lot of vulnerable people don’t come because they don’t feel safe. I have only worked with one person so for me it has been quiet.” 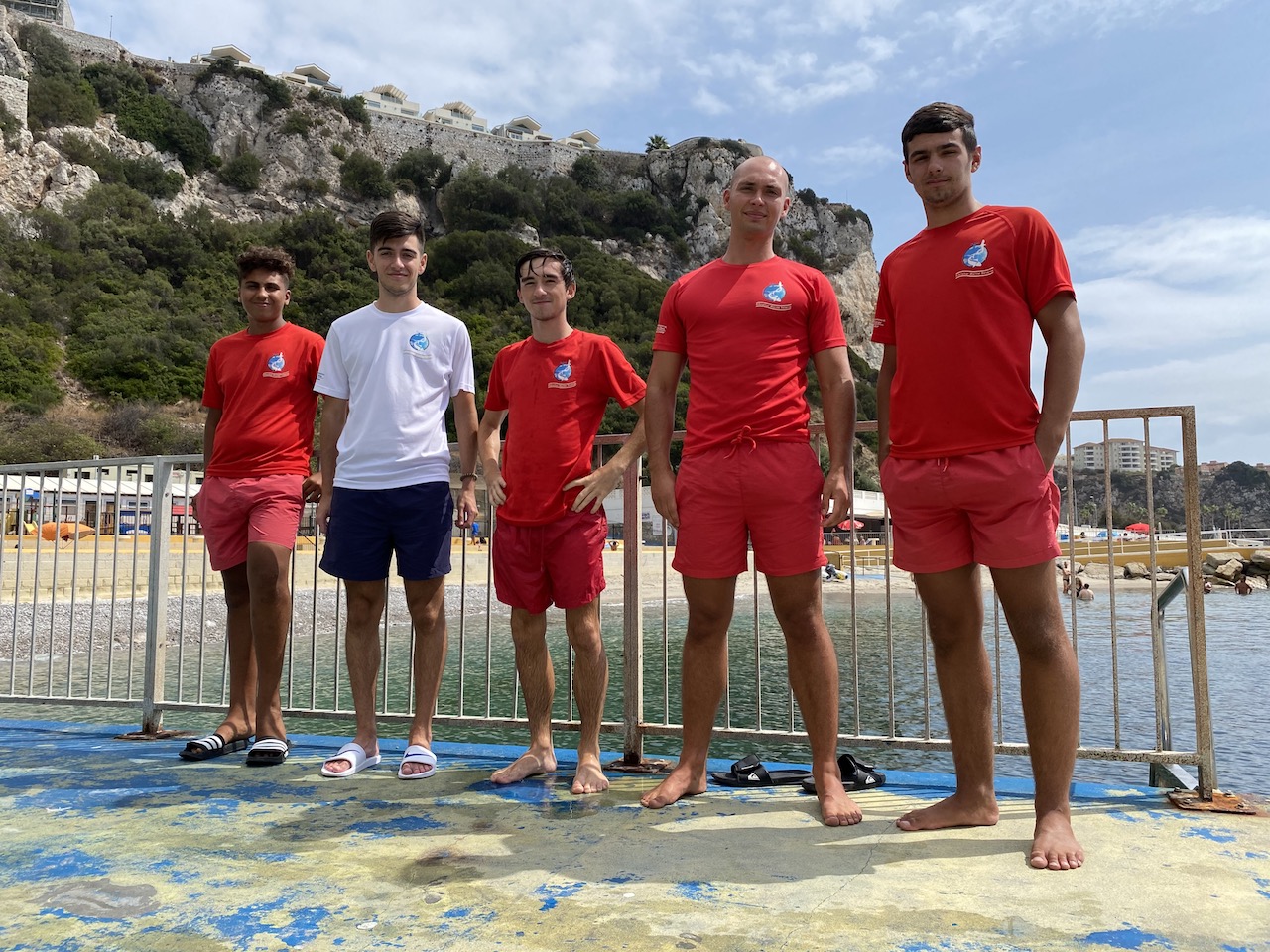 Mr Alvarez is finishing his third year after taking a year off and he has a lot of positive words to say about the management on his return.

“When I was working here last they did not seem as professional and it is a lot more organised and they are more on top of us,” he said.

“They tried to be last year and they even wasted a lot of money on these facial recognition scanners and no one ended up using them as no one knew how so they were a waste of money.”

“This was so you would come in on time as if they didn’t trust you but this year there is none of that and everyone is here on time, they trust you and that is what I like,” he added.

He doesn’t think Covid has made a massive difference to lifeguarding but notes it is busier.

“This is Gib and after the initial lockdown everyone just came out of it and the beaches were packed most of the time. But for us we have always used gloves when doing first aid so there is not much of a difference,” he said.

“It sounds strange but I do get excited for rescues and that. I do enjoy my job,” he said.

“There was one man on Eastern Beach and I was out on the board anyhow and he had got stuck in the current and had been taken out towards the sea. Most people do not know what to do in current so they try to fight against it and this is what this guy was trying to do. Eventually he was so exhausted that he was barely keeping himself out of the water.”

“Luckily there was a canoeist there and he climbed onto the canoe and screamed for help. I was out on the board so I went as fast as I could and when I finally got to him me and another lifeguard managed to call in a leisure boat and we put the guy on it and we towed him onto another side of the beach that was less wavy.”

“Actually, when I dropped him off and left him with the ambulance but when I returned from beach patrol later there was a painting left for me. This guy was an artist and he left a painting for me with a really heart-warming note. It was amazing to have someone recognise the work.”

Mr Laghrich is in his first year and has found it good but acknowledged that undertaking rescues can take a toll on him.

In his second year is Mr Richards who hasn’t felt there is any difference this year to last year and feels that, “everyone has just been coming to the beach like normal.”

“I have enjoyed the new boards, I was one of the first to use them to surf but I have not had any rescues where I have had to use them this year,” he said.

Mr Piris is also in his second year and agreed with Mr Richards in the sense that there has not been many changes this year. Except with equipment.

“A couple of the boats have a new engine and the rescue boards are new as well,” he said.

It was Mr Chichon’s first year in the role.

“I have done it because I love helping people. My cousin has autism so I helped him swim at a young age and I just enjoyed it,” he said.

His cousin is Caine McWilliam who is a beach attendant at the Pavilion.

He didn’t feel that Covid gave his role any major challenges and have loved his role and his summer this year as a result. He is off to Leeds Bradford to study tourism management and aims to return to the Rock with newly acquired skills and knowledge.

Attending to beach goers at Little Bay was Erin Appleton, 16 and Bilal Douah, 17. 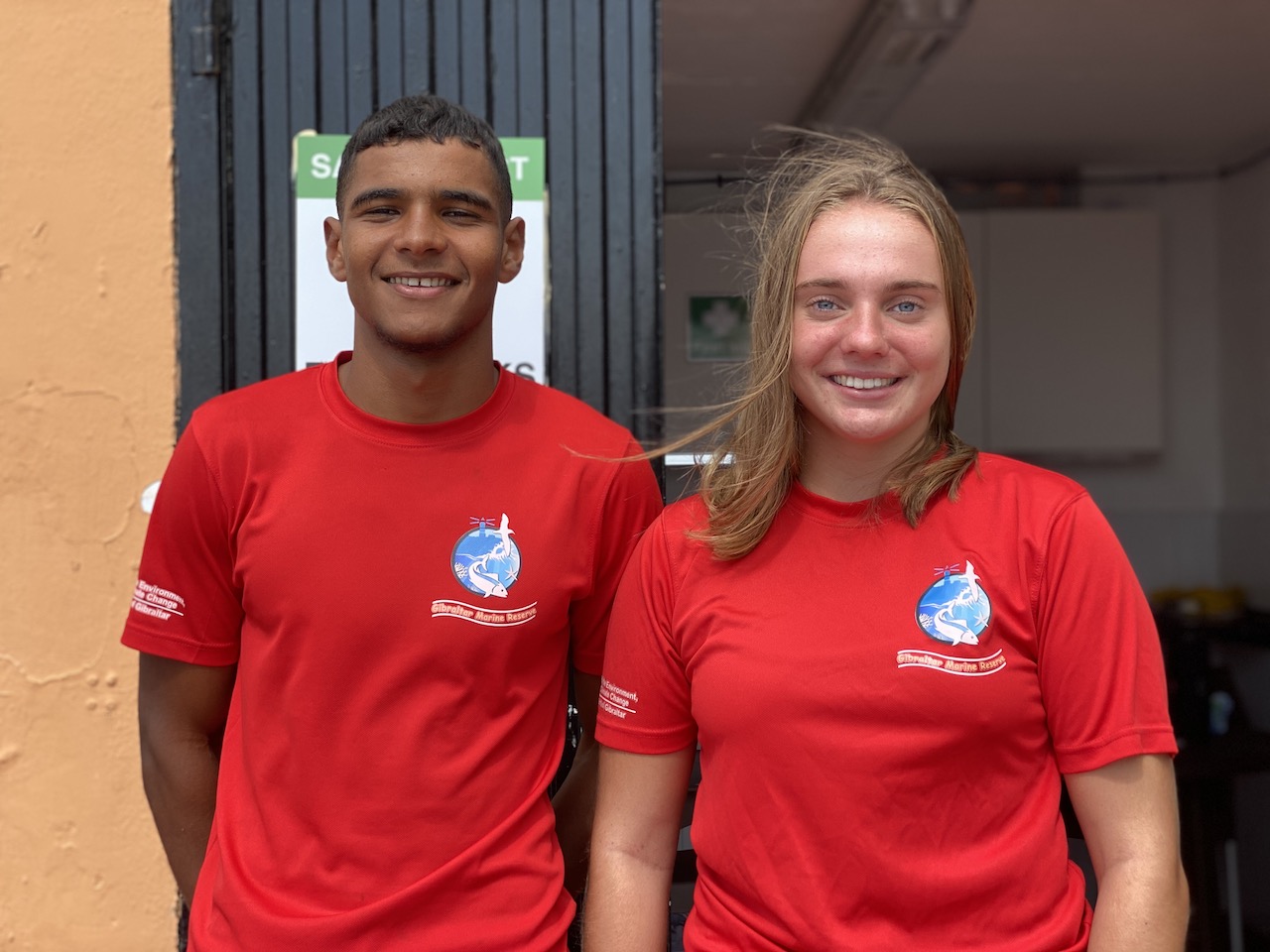 It was Ms Appleton’s first year and she thinks it is everything she thought it would be, including the rescue element of the job.

“I had one save in Caleta Beach. Two children and their Mum got dragged out by some currents by the groyne. I felt stress and when it was done a big relief but I was ok,” she said.

She felt the incident gave her the confidence to go back the next day knowing she can do a rescue when required.

It was also Mr Douah’s first year in the job.

“I wanted a job where I get to meet new people and do something that I enjoy, which is swimming,” he said.

“I had some rescues at Camp Bay and Catalan Bay but they were all ok,” he added. 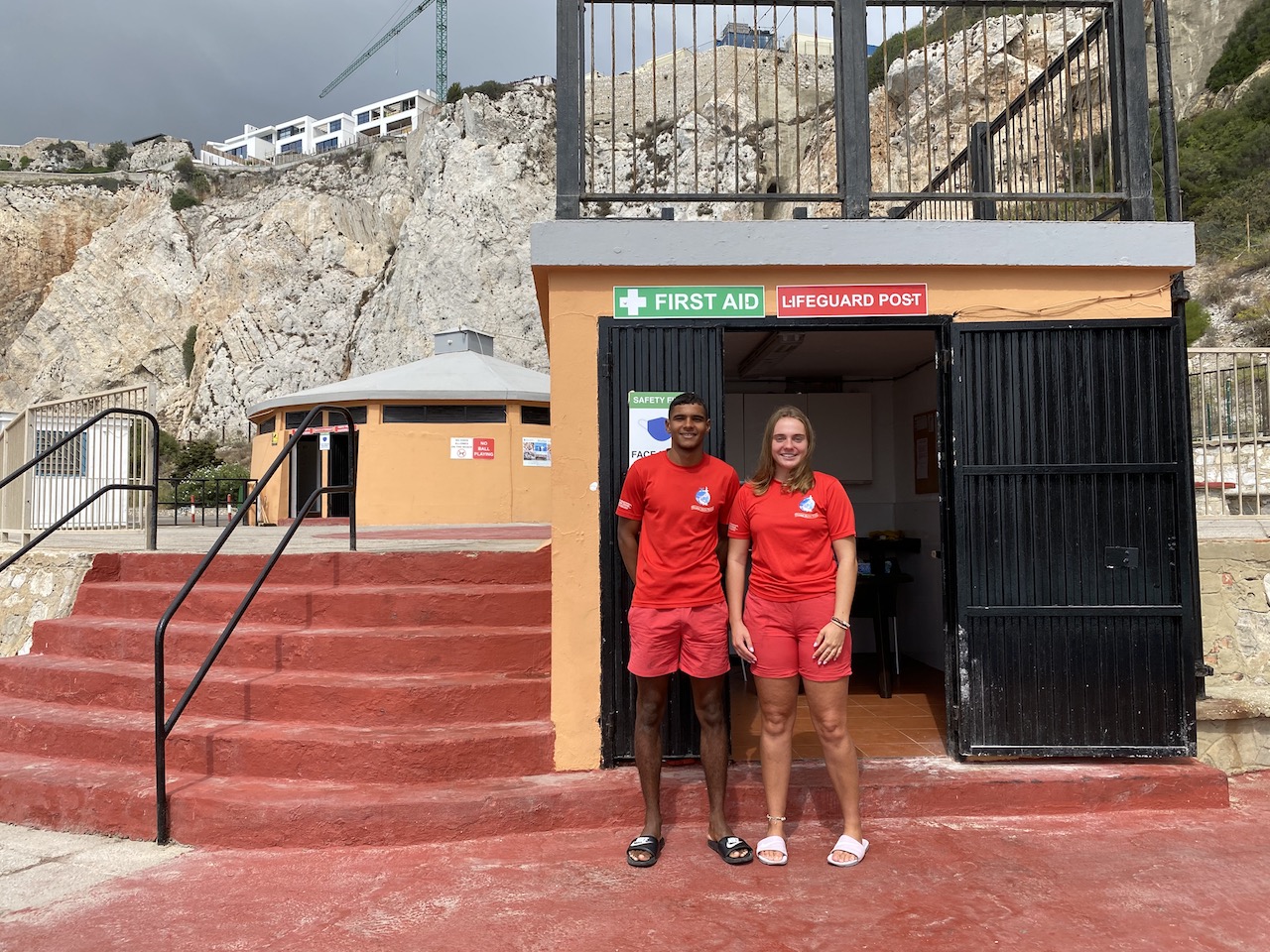