Gibraltar start their UEFA Women’s Futsal Euro qualifier preliminary round matches this Wednesday evening playing against Slovakia at 6pm at the Tercentenary Sports Hall.
The match is Women’s futsal national team’s head coach Jamie Bosio’s first big stage after taking the helm, although he is no stranger to the team having been with them as part of the coaching team during last years impressive official competitive debut against Belgium. The team having produced a draw which saw them knocked out by a penalty shootout.
Jamie Bosio’s presence as head coach has been welcomed by players bringing with him some international experience from his time playing both for the senior eleven a-side squad and the futsal national team, something he continues to do.
Joelle Gilbert, who will have all eyes focused on her as one of Gibraltar’s goal scorers commenting on Jamie Bosio’s presence as head coach in the tournament’s official match programme said, “Since day one we’ve all really respected and responded to Jamie. We’ve all enjoyed his approach to futsal and to women’s futsal because there is a difference between the two. It’s clicked from the beginning, he’s a great person, he can be serious and jokey, but when he speaks we know that he’s speaking sense and he knows what he’s talking about.”
Joelle, who has been scoring liberally for Lions Gibraltar also had some fighting talk ahead of the qualfiers.
“I feel like it will be quite close most of the matches. We’ve been looking at Slovakia a lot and Moldova, Belgium since we played the last year we sort of know what they’re about. We’ve been prepared very well by Jamie so a fight you will definitely see.”
Commenting on Gibraltar’s opponents Jamie Bosio writes in the Gibraltar FA official match programme “Slovakia are quite similar to Belgium in regards to their ranking. They are quite a physical team, they are quite direct and that is something we need to look at in our gameplay against them, trying to avoid them going into their strongest player and seeing how we manage around that.
“Moldova last tournament didn’t get on too well and as a result are below us in the current ranking so, that is a game that we will want to target for a positive result.
“Again, we want to go out in each game and give 100%. Like I say to the girls, we aren’t focussing on results, if we put in a positive performance the result will come with it, so that is what we are looking at doing. Taking each game at a time and focussing on the next one once it’s done.”
Speaking about the teams objectives he said “getting a positive result each game, a positive performance will bring the result so the pressure is not on the girls to perform at all. They know what they need to do, we’ve worked on what we have in training and now it’s about going out and enjoying the experience. If they do this and put in 110% then the result will come. They just need to come off the court at the end feeling proud of what they have achieved and for me that is enough. We got a point last year without thinking it was possible so now we want to build on that and see where we are a year later.”
Gibraltar’s feat last year during their debut qualifiers were not forgotten.
Michael Llamas, Gibraltar FA President commented, “It hardly seems that a whole year has passed since we witnessed those amazing scenes in Gibraltar, when our National Team took on Belgium. In what was unfortunately, due to COVID issues, just a one-off qualifier followed by a friendly between the two teams. Yet the performances that week in those two matches, from the whole of our squad, were truly memorable and are still very fresh in everyone’s memories. I am sure we will see more of the same this week.”
Further adding, “Under a new Head Coach, Jamie Bosio and all the amazing backroom staff, your Gibraltar Women’s National Futsal team have been working extremely hard ahead of this week and will no doubt once again make the whole of Gibraltar proud.”
Unlike previous selections Jamie Bosio has seen some 26/27 players in his initial squad before he made the final cut to the final 14., describing it as “it’s a good headache to have, more players to select and more players that are involved and wanting to play futsal, not just the XI-aside game.”
The team have been preparing since March with the Gibraltar head coach concluding that “I think the team is as well prepared as we can be given the timeframe we’ve had.”
With the women’s game already having captured the imagination in Gibraltar of many having produced some exciting offensive displays and producing some good results it is hope that the continued support on the stands will once again be seen. Players this week calling on support from the public as they prepared for this evenings first match against Slovakia. 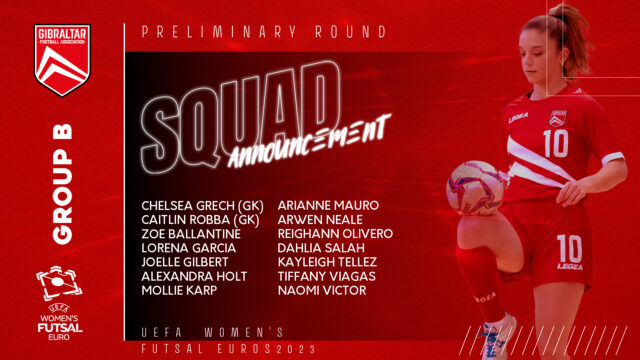 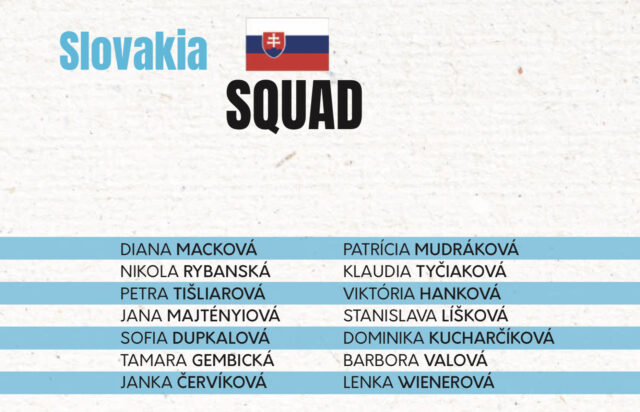