A tour of the Northern Defences

With Covid-19 putting a stop to overseas holidays for many people, one alternative is to be a tourist on staycation.

A staycation is when you sleep in your own bed but explore your hometown as if you were a tourist and take in all the unique, beautiful, wonderful or historical parts of your country.

Even though Gibraltar is only 5km long with a 16km coastline, there is a lot to offer anyone staying at home this summer.

One such area is the Northern Defences. Project manager and tour guide for the area Carl Viagas took our reporter Eyleen Gomez back in time to a world of when Gibraltar defended itself during wars such as the Great Siege and World War I. 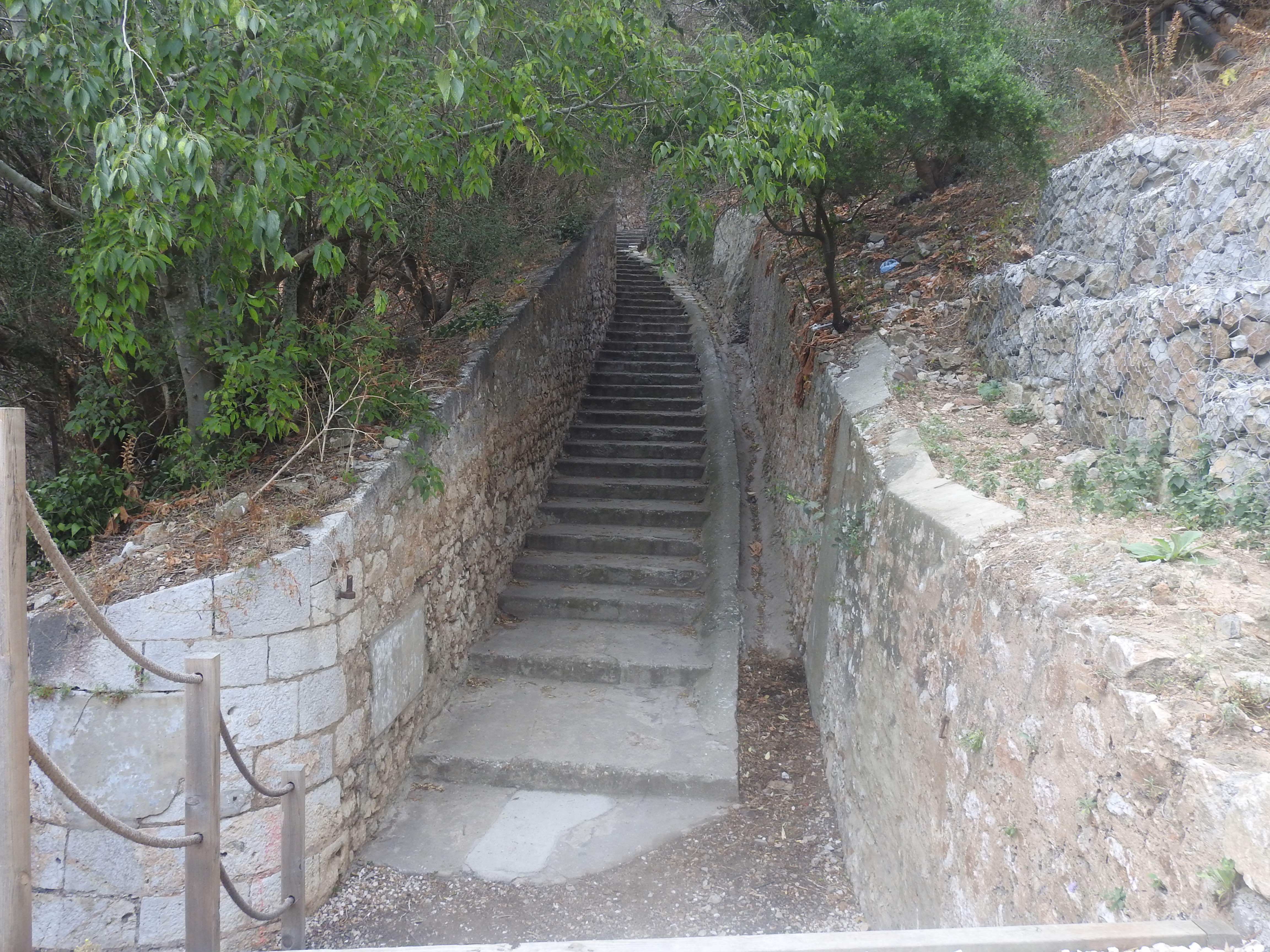 The Northern Defences, and its area that is known as the Jungle, was a rite of passage for many young people on the Rock growing up. Out of bounds its mystery captured the mind and brave hearts of many youngsters. It was stigmatised as being on the roughest areas of the Rock.

“Venturing into it would mean I would be grounded for a year if my parents found out,” said Mr Viagas.

Since 2015 works in the area to clean it up have been carried out and these days it is easier to access and visiting the area should not result in being grounded. However, it is not officially open to the public just yet and tours are organised by the Gibraltar Heritage Trust. The deputy chief minister Dr Joseph Garcia has spent years backing his and Carl’s vision for the area and the future it could hold. Dr Garcia stated the aim was to transform it “from a jungle into a jewel”.

Before the area became the Northern Defences it was just a rock face. While the vast majority of Gibraltar is a natural fortress it only needed to be tweaked to make it an impregnable fortress. While the water surrounding the majority of the Rock made it easy to defeat via the peninsula it could be invaded. 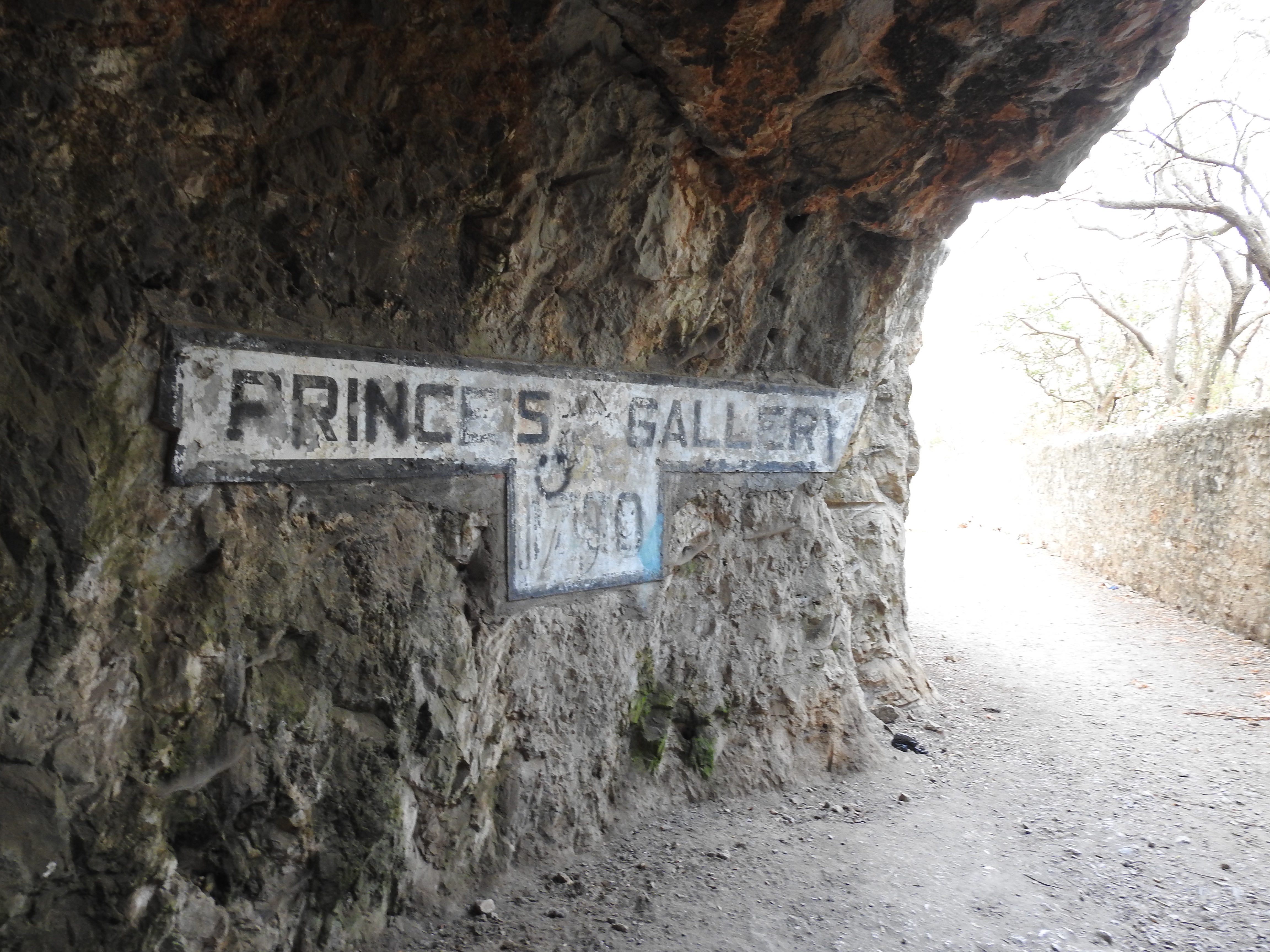 “The Northern Defences was described to me when I was about five years old as the weakest part of the Rock,” said Mr Viagas. Explaining keeping the enemy at bay in the sea would be easy and the opposite to how it is on land.

“Here on the Rock you have a stable platform which means you can have heavier guns, which would offer longer range and be much more accurate.”

“The north point of Gibraltar is the one that links directly onto the hinterland so any attack on Gibraltar would come from that area and that is what the Northern Defences predicted. This is an area that would have to withstand sieges through hundreds of years,” he added.

The Northern Defences are mainly in their natural form with terracing but they were also exploited to make them into defences and from 1780 to 1789 is when most of the work was carried out. 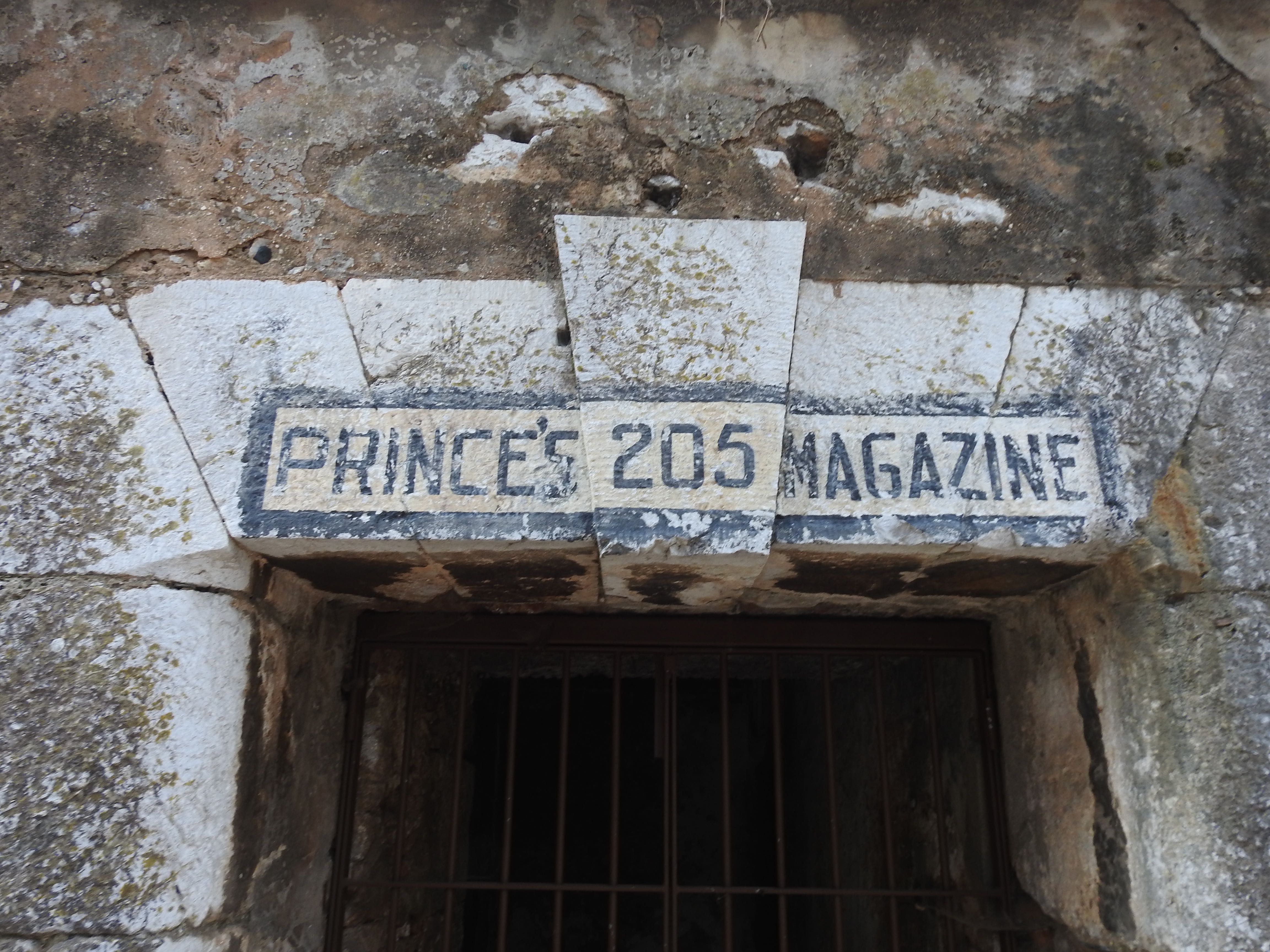 The function of the area didn’t change for years, however, how it looked did. In the rapid need to build shelter in the area armoured doors were used as roofs, placing them on structures that had been there for years.

“We have those armoured doors that we reused as a roof, nowadays if you were to do that with a historical piece it would be sacrilegious.”

“You have to understand that heritage is a very modern concept. Here people would do what is required.”

The doors were in reaction to Operation Felix, the codename given to the planned capture of Gibraltar by Nazi Germany in World War II. Concepts such as town planning and permission did not form part of the decision making process between 1939 and 1945. When talking about heritage areas in present day it is often said that we much bring it back to its original form. 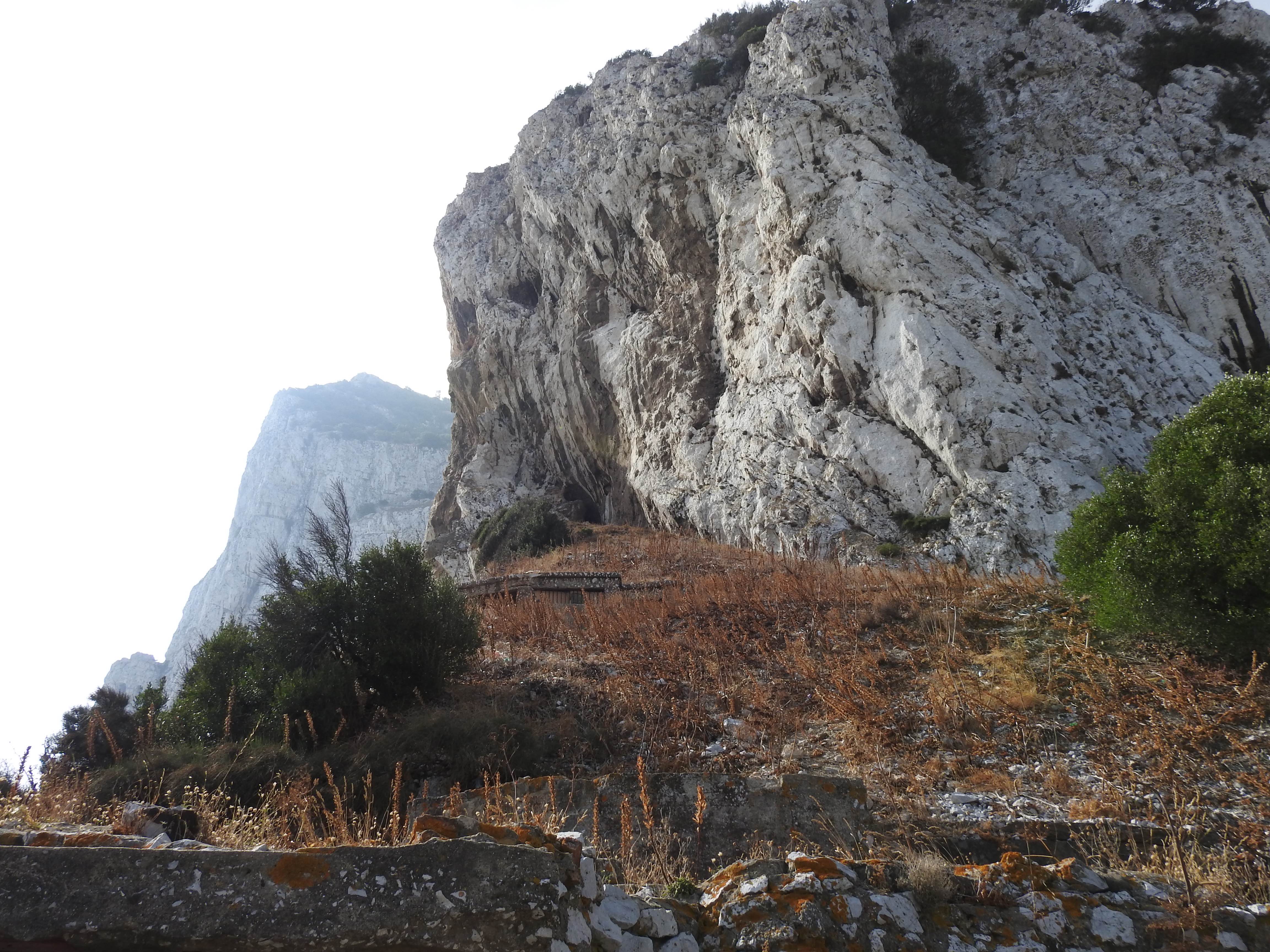 “What is the original? Are we saying that the Georgian or the Victorian period less important than the previous medieval? Or that the Second World war is not important enough?,” said Mr Viagas.

“We see this through the Northern Defences. We see all this layering which is remarkable. The Islamic medieval elements of the Moorish Castle, the Spanish elements which then get added. Then there is the British Georgian, Victorian, the Second World War and that is the beauty behind the Northern Defences. It is a whole millennium of military structures one on top of the other,” said Mr Viagas.

“There are very few places in the world where you can see that.”

As you walk through the area you notice the different elements and you also see evidence of war with buildings such as Bomb Proof Barracks still baring the scars of being hit by cannonballs. Hit and damaged somewhat but still standing.

The area is still being explored with more aspects being discovered. Such as last year when a defensive wall was discovered by Mr Viagas when he was in the area with his son and daughter.

Spotting a survey benchmark in the rock face he conducted some research and via the Bravo plans of 1627 he was able to ascertain that there was a line of defence there. Works on clearing it completely as it is approximately 200m long is ongoing. However, large sections of it are now visible. 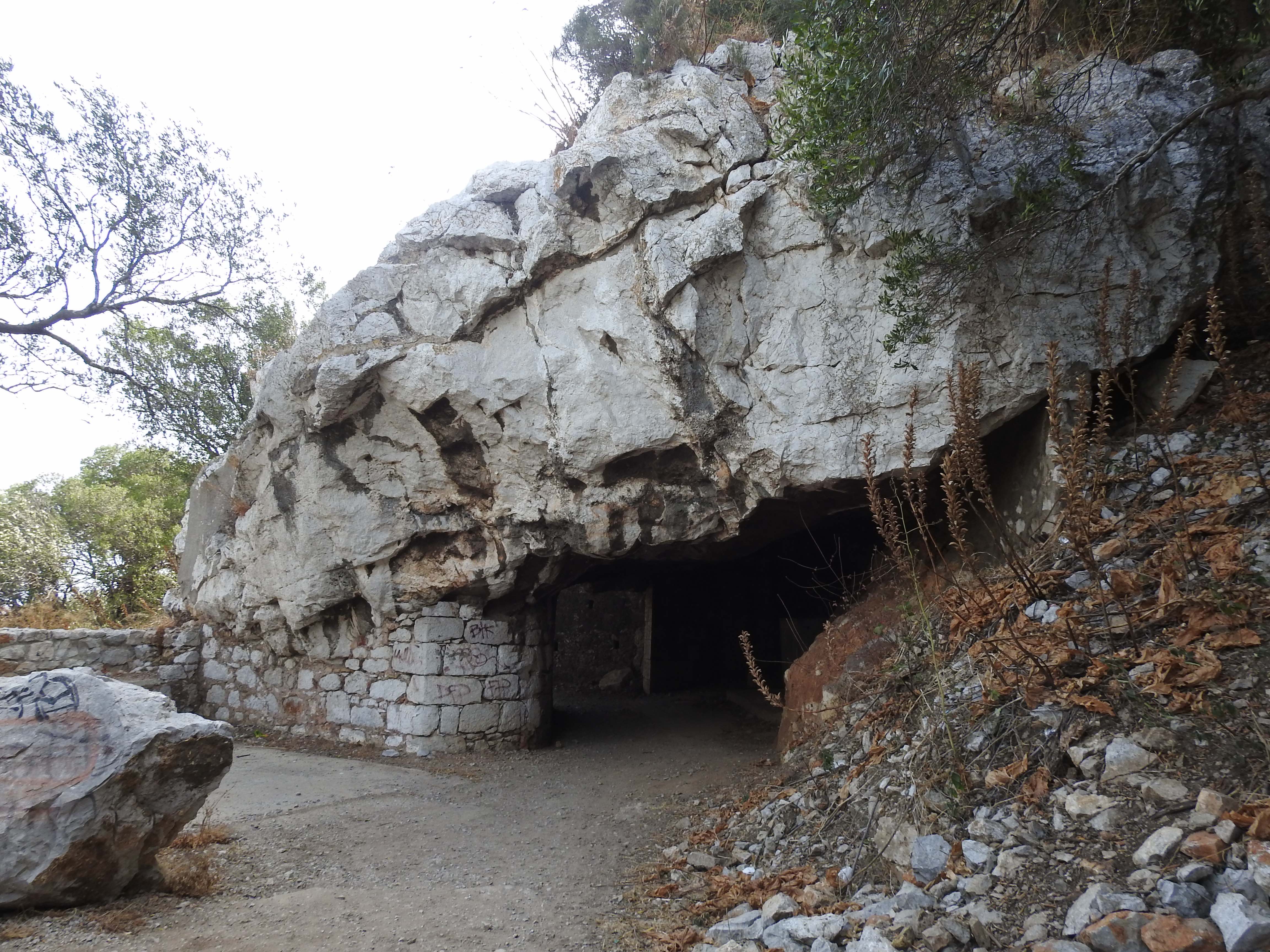 The Northern Defences also form part of the Nature Reserve and during breeding season no major works are carried out in the area and instead the work is carried out in the tunnels inside. Due to its location it can be an ideal place to spot varies birds including Gibraltar’s national bird, the Barbary Partridge.

Mr Viagas believes you don’t have to be a history buff to appreciate the site and states its even a great place to get in some exercise. “Walk up 150 steps which are up and down it offers that dimension. It also has potential for other activities and this is how I see these historical sites. I’m not a keen believer of mothballing historical sites I believe in adding another chapter to it’s proud history. As long as you do not deface the monument I do believe that they can be treated with care and respect and I believe we can add that dimension,” said Mr Viagas.

He gives rock climbing as an example of how the area could be used for recreational purposes if cliffs were identified as free from birds nesting and were safe.

It’s an ideal site for people who are keen photographers or artists as well as people who wish to practice yoga in a serene setting.

“I am passionate about this site because I have known it for years and to now to finally see what is an investment into just clearing it out. We are exposing all these layers of history but also remarkably we now have a beautiful landscaped area,” he said.

The Northern Defences is not Hollywood and no set could replicate it as a result there has been varies people from the film industry visit.

“We have had people from the Czech Republic who are the Hollywood equivalent in Europe who were just awestruck as to what the Northern Defences could provide. From an artistic point of view in terms of the tunnels, the natural environment and then you add a thousand years of history to it so it is no longer Hollywood. This is the real McCoy. This is where battles were fought. Where the harshest of fighting happened between 1704 and 1705,” said Mr Viagas.

The Northern Defences have not just got historic value it also is aesthetically pleasing.

Contact the Heritage Trust for details on the next tour.