A standing ovation awaited Team Gibraltar as they walked out onto the field at Europa Sports Complex led by Freddy Chappory, Gibraltar first ever President of the Gibraltar Island Games Association, it had been twenty four years since he had brought the Island Games to Gibraltar. Carrying the Gibraltar flag he led the team out once again as Gibraltar opened its second Island Games.
The opening ceremony will not be remembered for its sunshine. The one factor that organisers could not control had gone against them as Europa Point was swept by strong winds throughout its opening day. However, it did not dampen the mood of everyone around gathered to watch the opening ceremony that brought the twenty two participating Islands together.
A packed crowd watched throughout the close to two hours as the band of the Royal Marines played on the pitch, followed by the traditional parade of Teams onto the field. It was Gotland, the last island to host the games that brought the first large applause. As each island paraded onto the field expectations became higher as they neared the last team to walk in. Gibraltar was to see the stands rise to greet them as they walked around the pitch to mark the real opening of the Gibraltar 2019 Natwest International Island Games.
The traditional water fountain was then filled as flags swept by the wind flattered about bringing colour to the wind swept stadium complex.
Huddled together, some sportsmen wrapped with their flags to keep the cold away, sunny, hot Gibraltar was somewhat cold but cheerful.
The opening ceremony marked what one official at a pre-ceremony reception described as a “historic moment,” one in which Gibraltar as officials of the IIGA, including its Chairman Jorgen Peterson pointed out “had taken the challenge” and was today making it happen.
‘Today you can open your eyes everything Mr Linares and Linda Alvarez dreamt has come into a reality. This the result of hard work,” Jorgen Peterson told a packed VIP reception. In his opening speech at the Opening Ceremony MR Peterson was to repeat his remarks as he thanked Gibraltar for all the hard work to make the Games happen.
He then went on to describe the competitors at the Games as ‘the role models Islands need’ adding later that this were the friendly games in which the Games had been founded to develop sport across the islands.
Linda Alvarez, herself a former competitor in 1987 and then part of the organizing committee in 1995 thanked everyone who had volunteered their time to make it possible that Gibraltar was hosting this games. ‘Without you this would not have happened she said.” Over 700 volunteers had already signed up to assist in hosting the Games.
The GIGA Chair also recalled how six new venues had been build for the Games, ‘not just a something for the Games but a legacy for the future for the talented sport people of the future.”
Chief Minister Fabian Picardo was to welcome competitors back to the Rock. although the sun was not shinning Mr Picardo described the location for the Opening Ceremony as the ‘most spectacular place to host the opening ceremony’ as he pointed out that it was the crossroads of many cultures through history. Thanking those who had made the games happen for their “tremendous work.’ Declaring the Gibraltar 2019 Island Games Open.
Windswept as it might have been, with parts of the crowd departing early because of the wind, the competitors continued to enjoy the opening ceremony until its end watching Nathan Conroy’s Recycle Junkies perform. 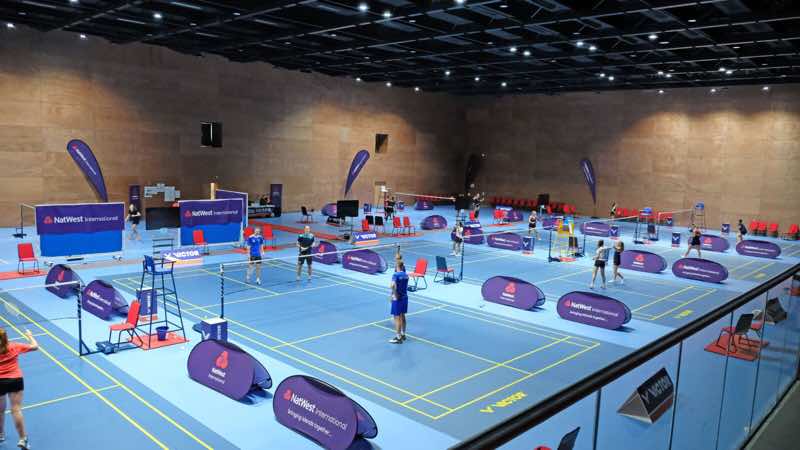 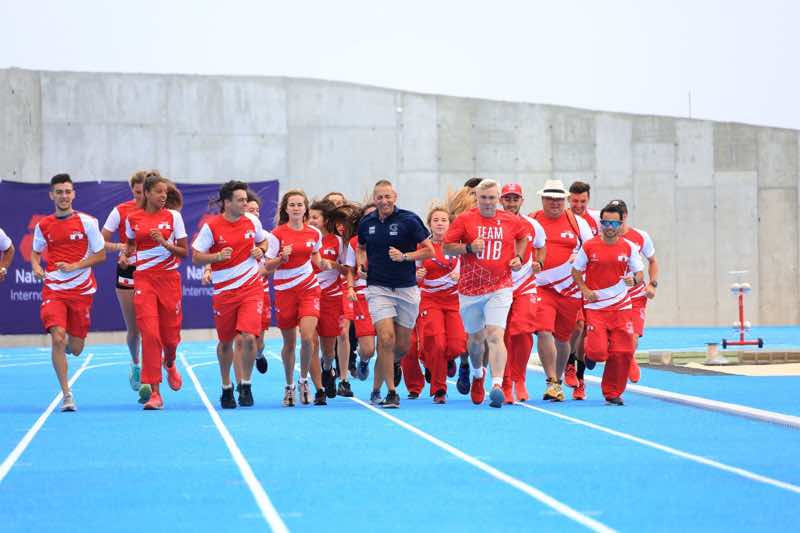 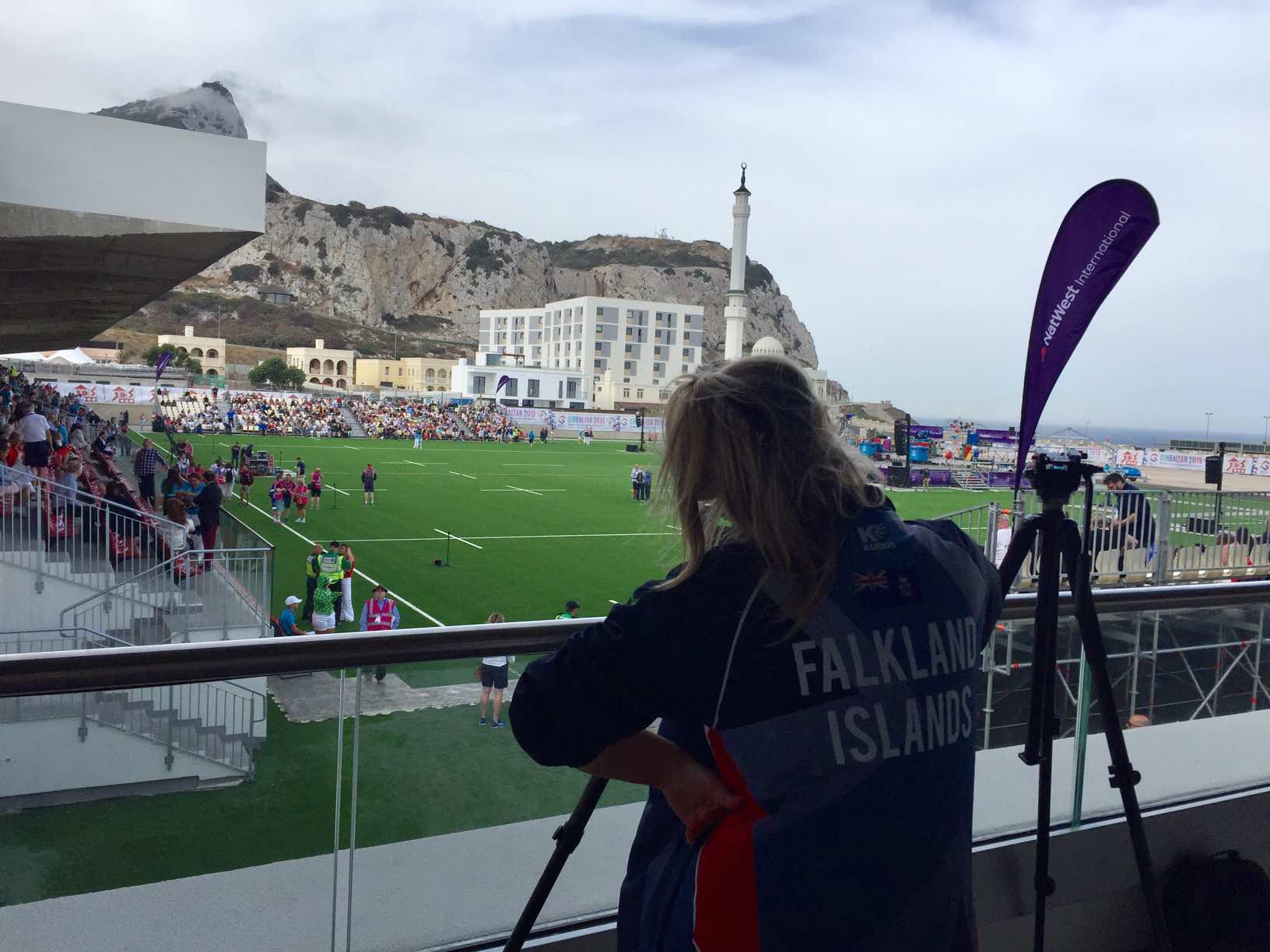 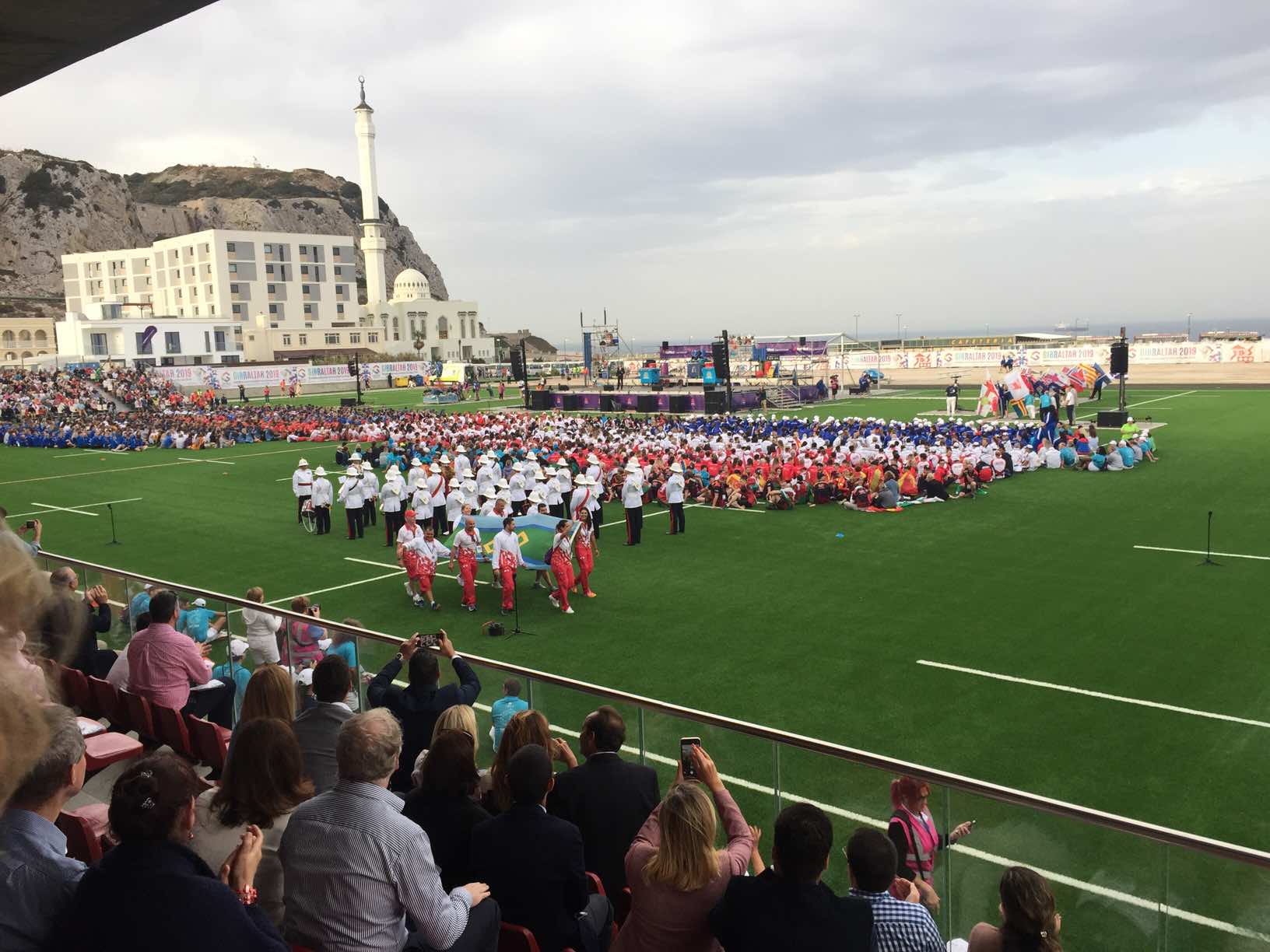 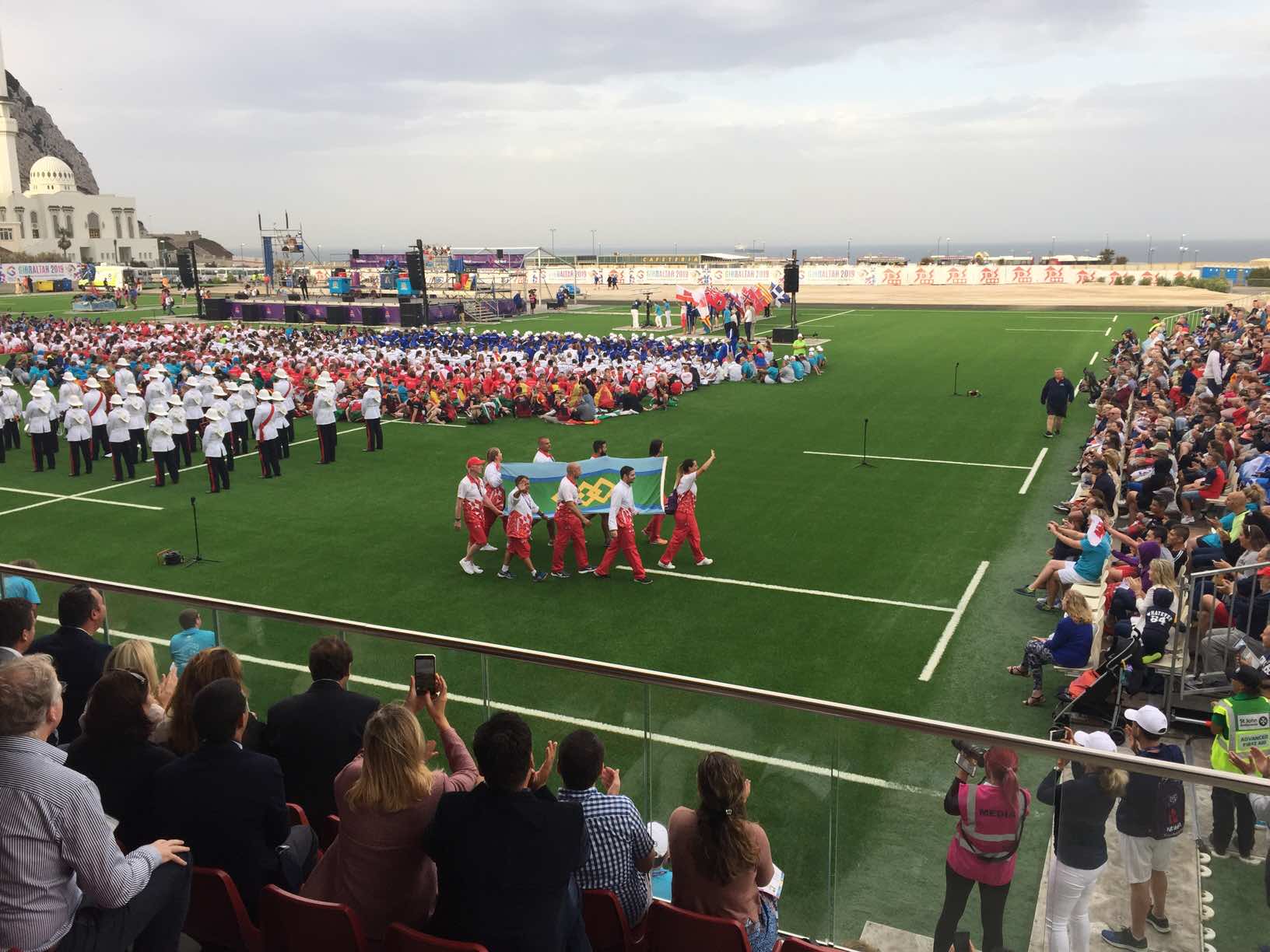 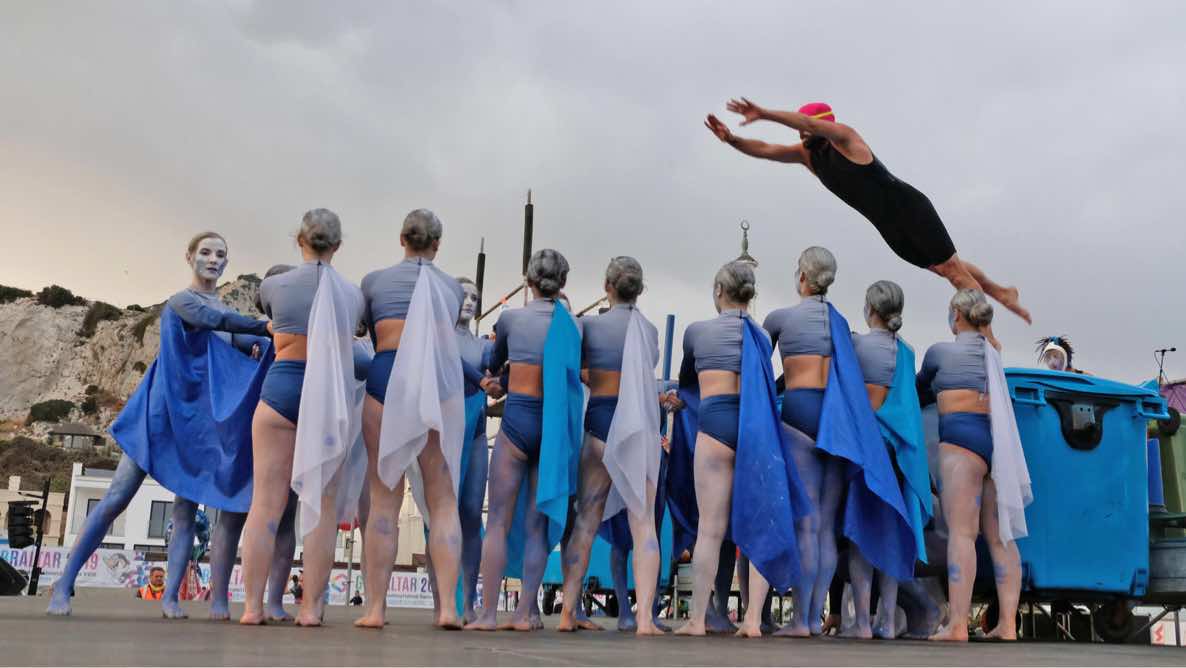 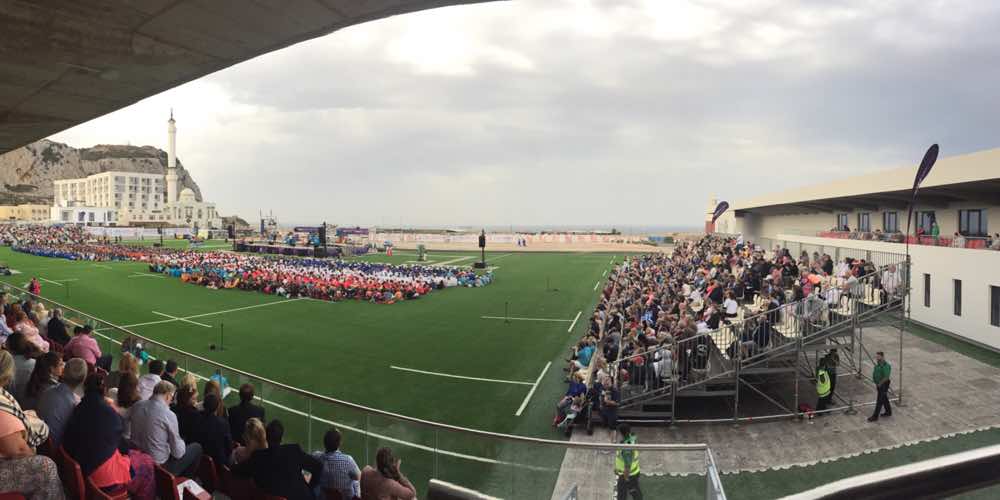 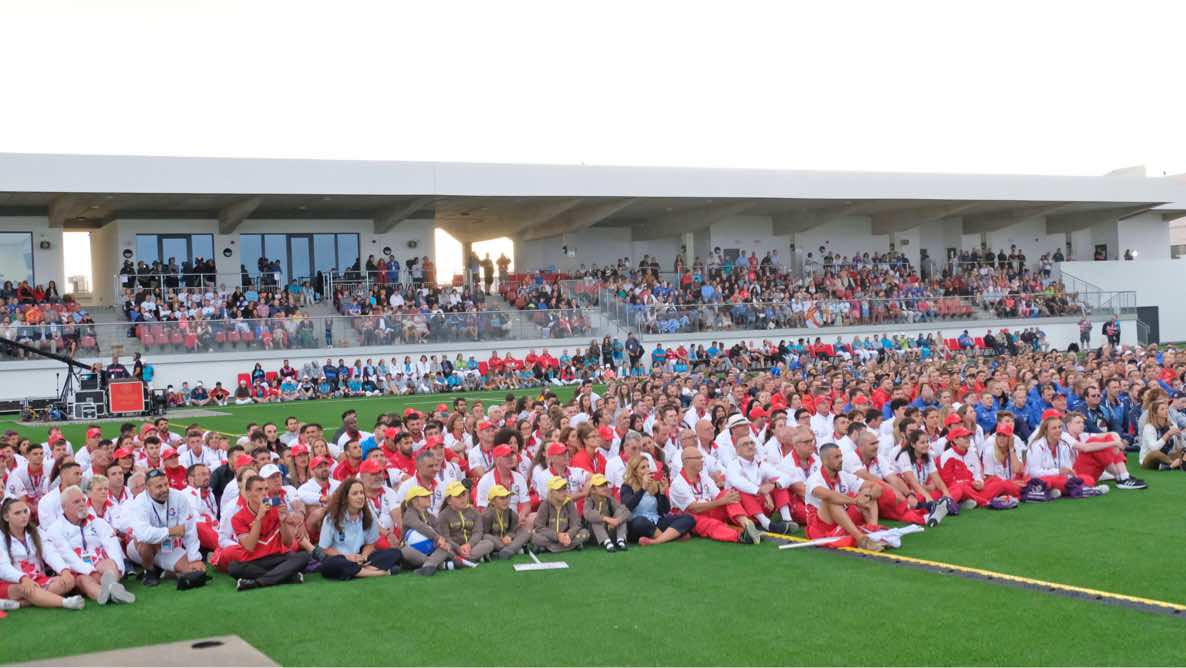 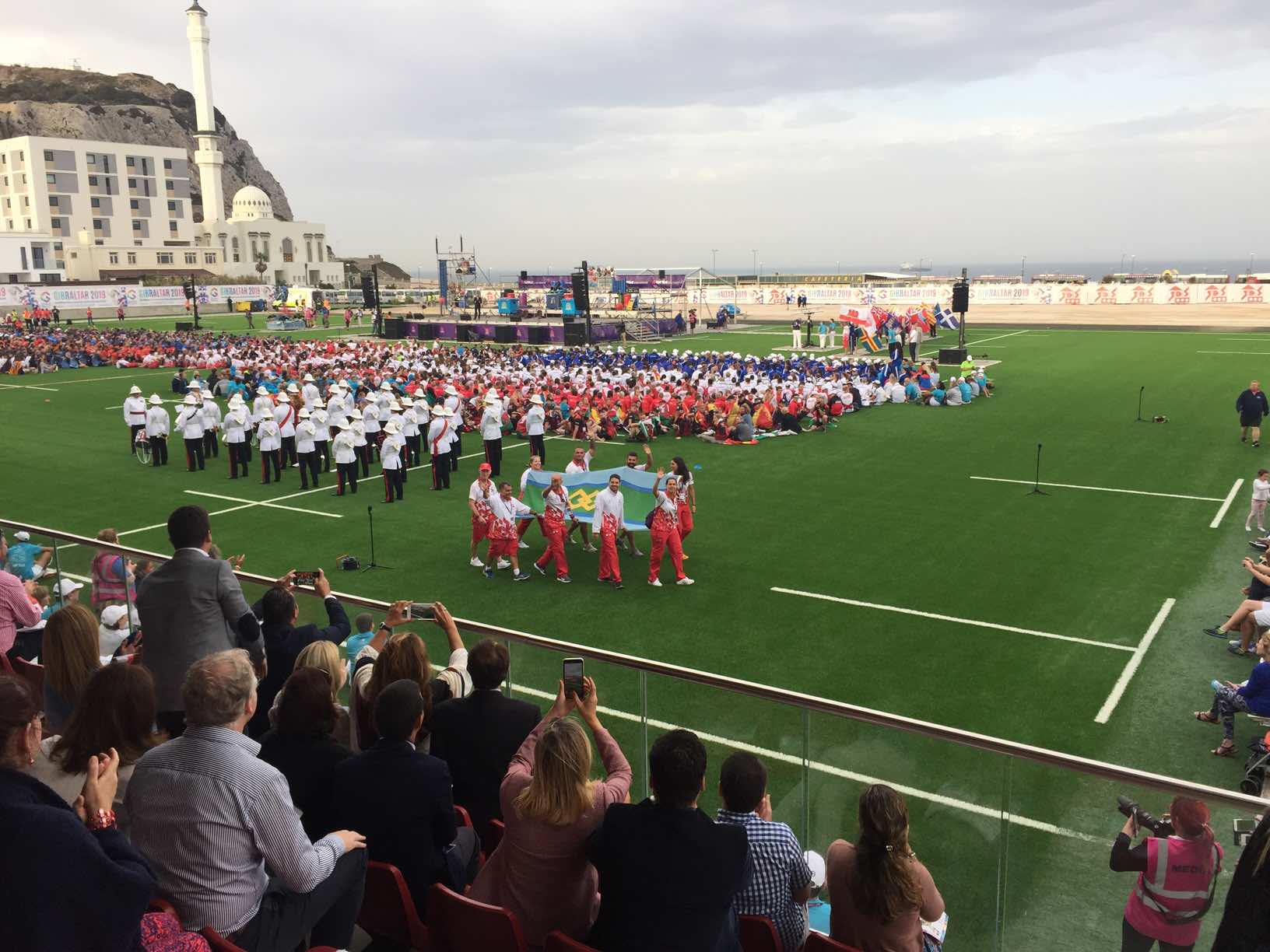 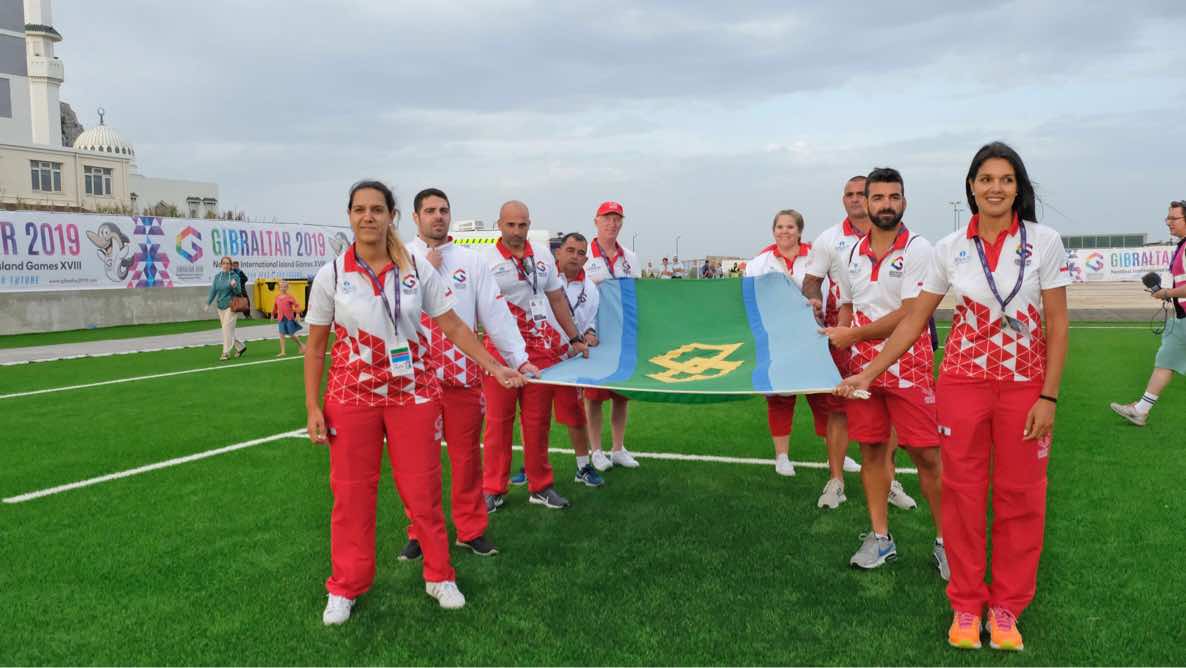 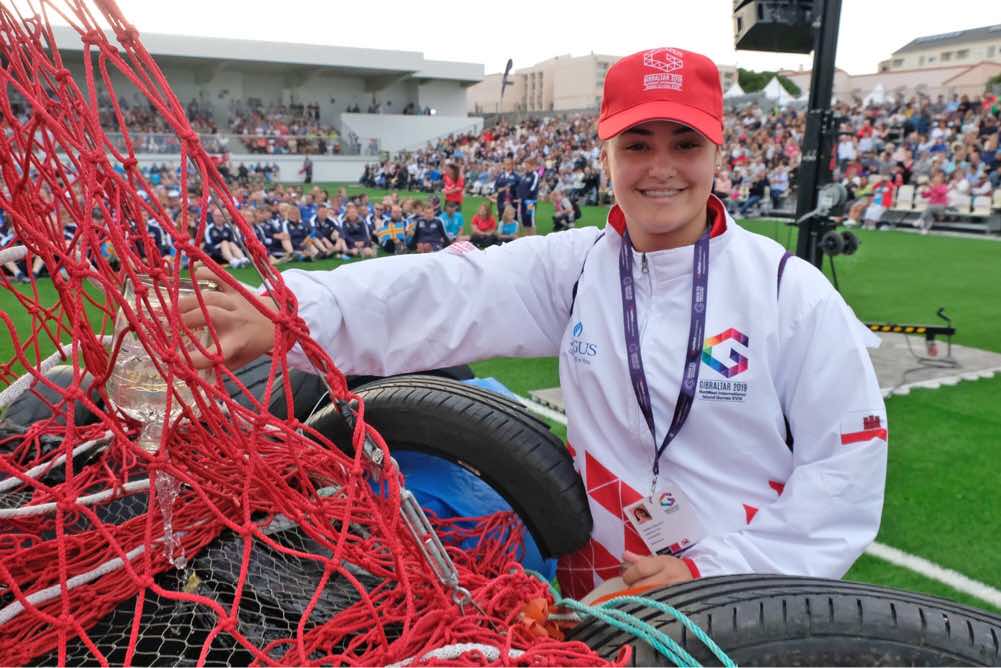 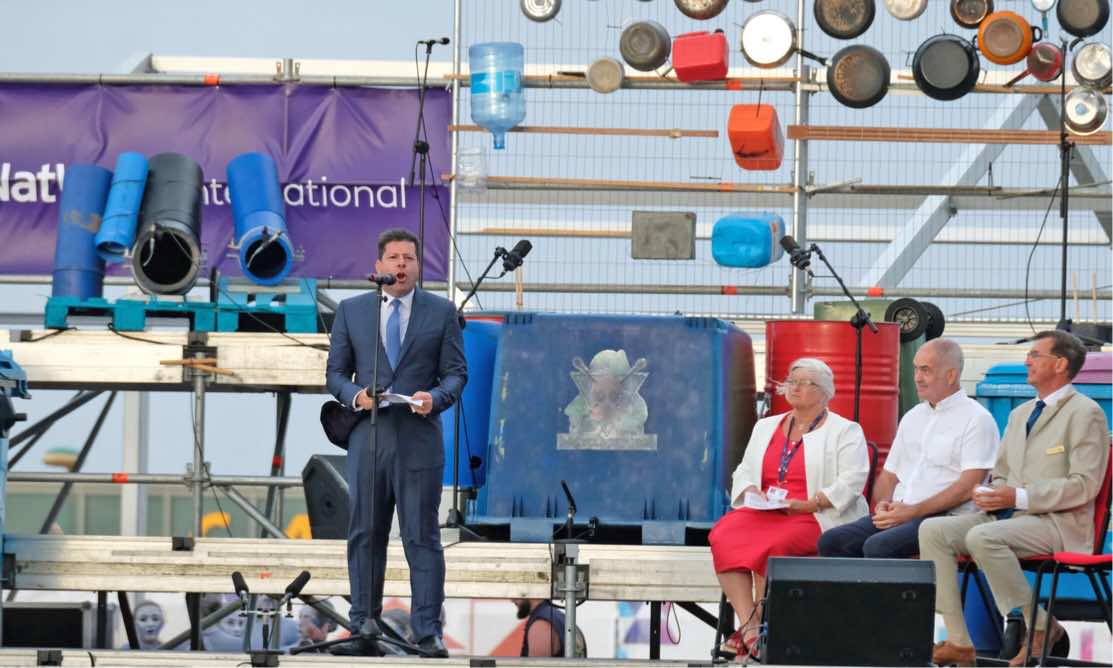 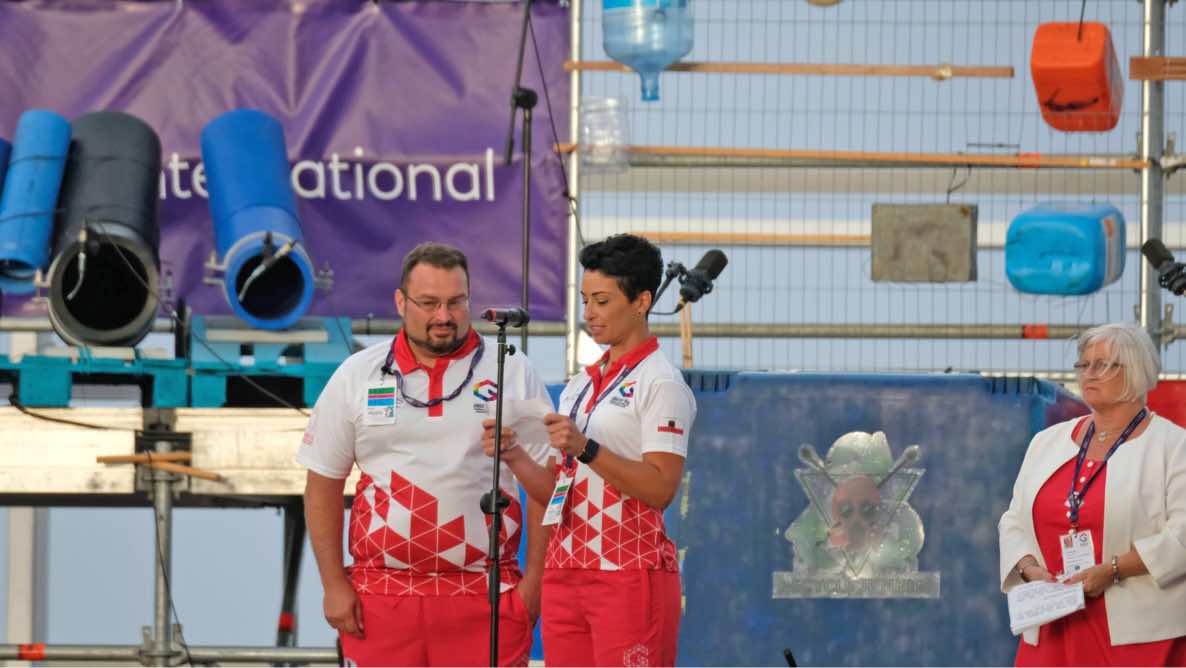 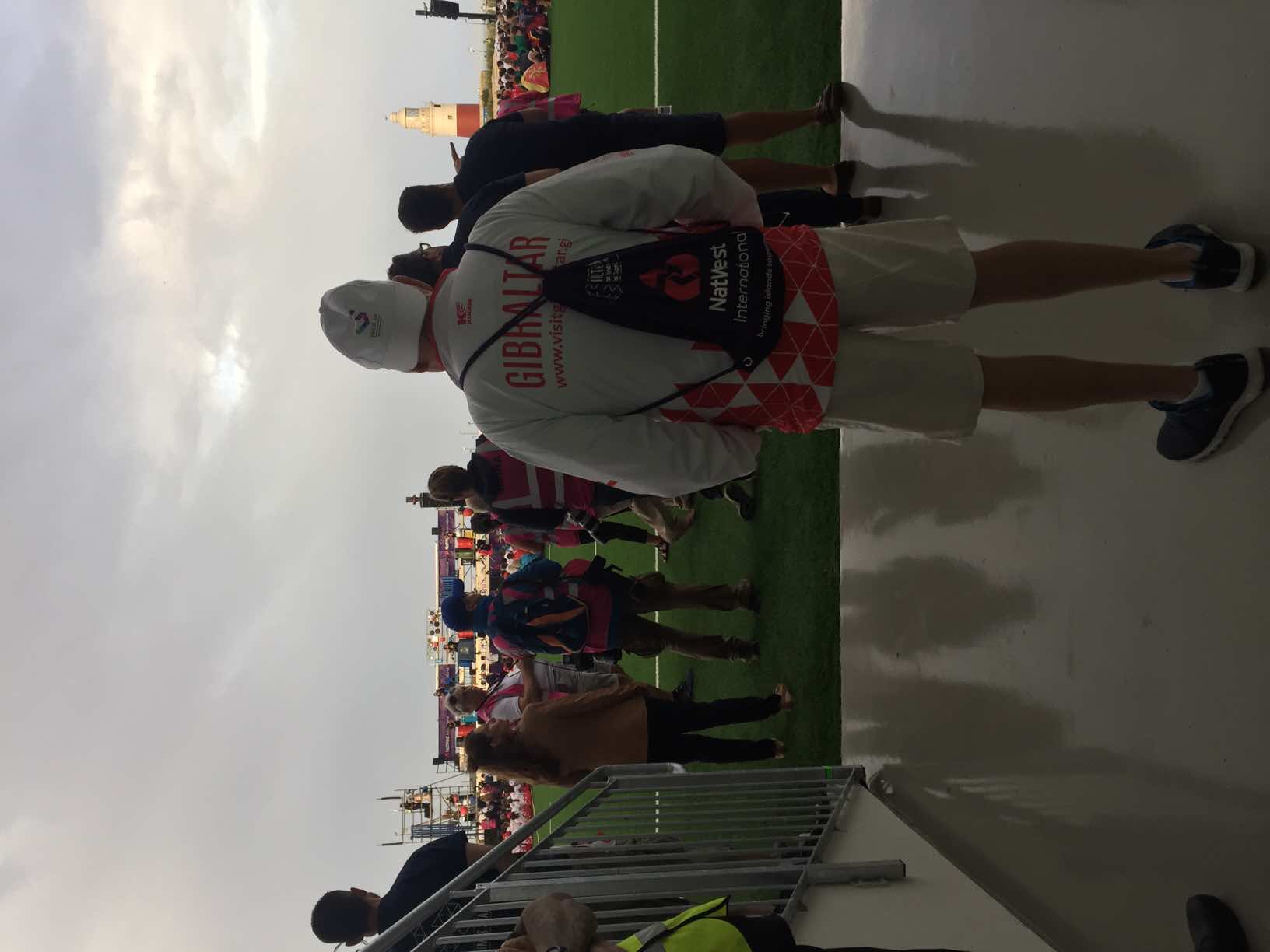 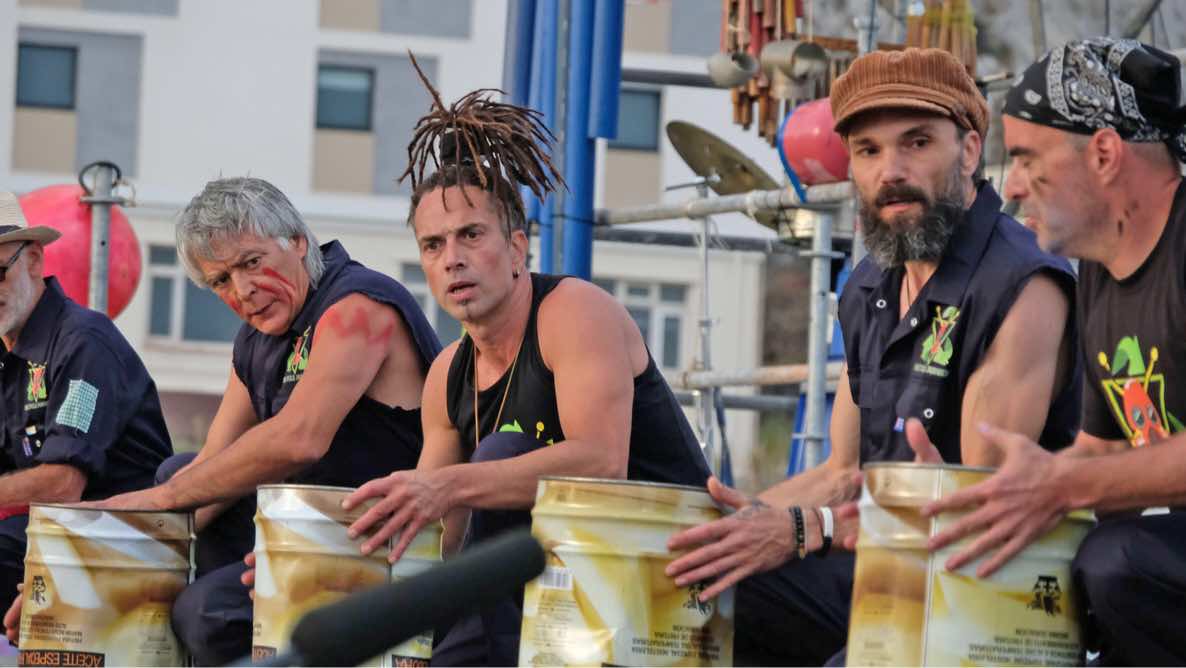 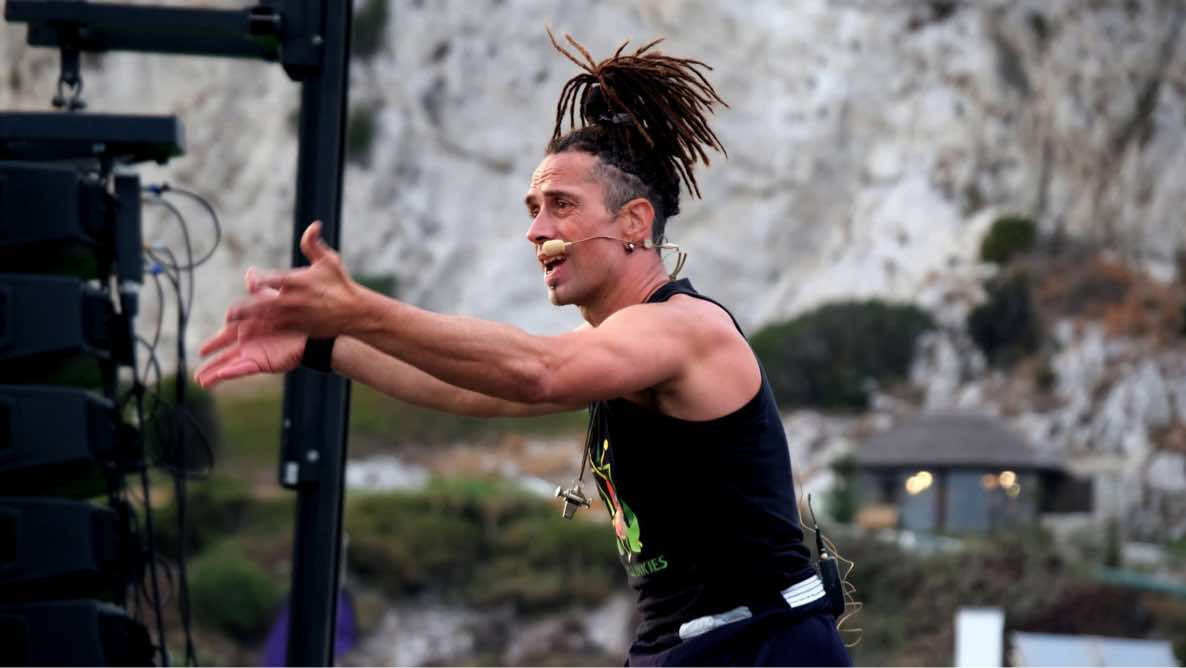 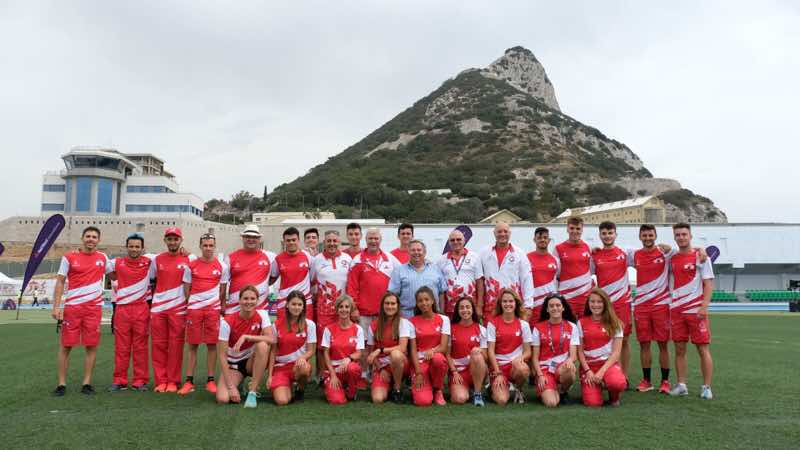 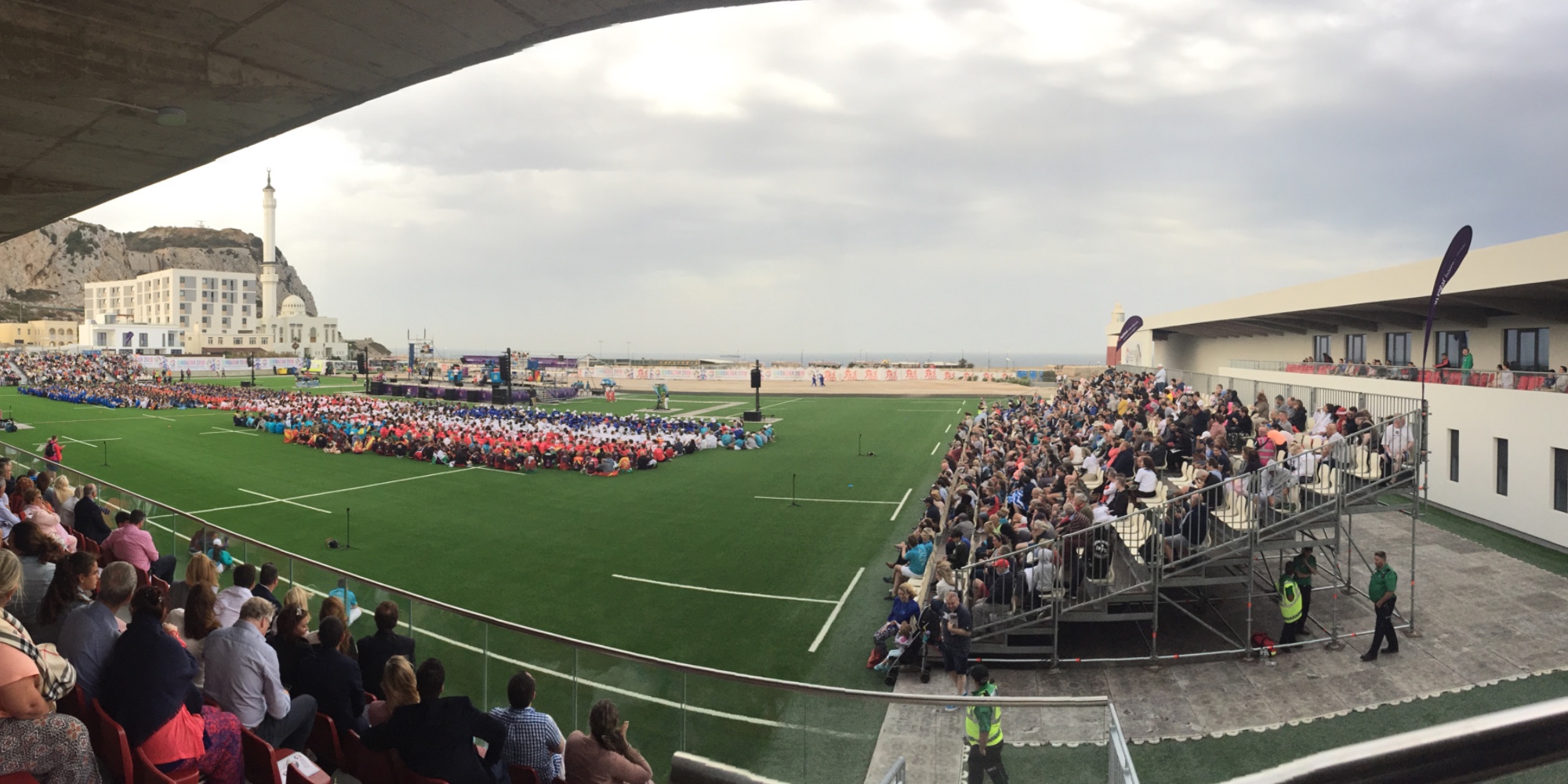