A year after he landed on the Rock as Gibraltar eased out of its first lockdown, the Governor, Vice Admiral Sir David Steel, inspected the troops at the Queen’s Birthday Parade on Thursday evening, the first time the annual event had been held since 2019.

Last year both the parade and the traditional Garden Party hosted by the Governor were cancelled for public health reasons.

Yesterday, as he addressed guests in the gardens of The Convent, Sir David said he felt as though his term as Governor had finally begun as it should have done last year. 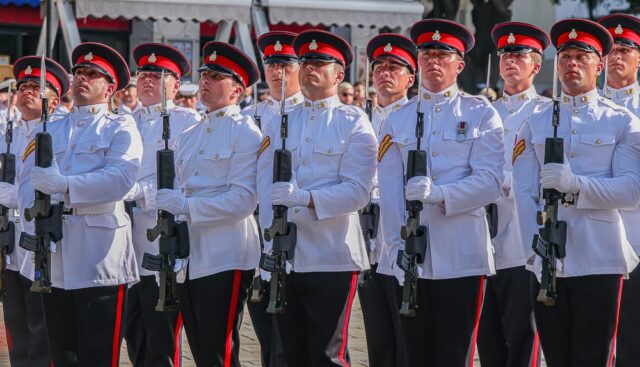 It was not just about the pomp and ceremony that accompanies the role, but about being in the community and up close with the Gibraltarians.

“For me personally, it is the official start of the Governorship that I wanted it to be, getting to know better and be close to the people of Gibraltar,” he said.

Sir David told guests at the Queen’s Birthday Reception that Gibraltar was now emerging out of the pandemic, indicating the Rock can “overcome this awfulness”.

“It has not been a year I had anticipated or hoped for,” he said.

“My foremost priority was to get very close to the community of Gibraltar and, to a certain degree, that has been thwarted by the pandemic restrictions.” 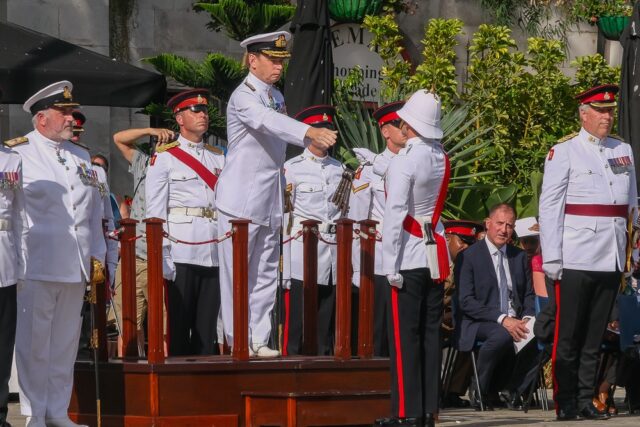 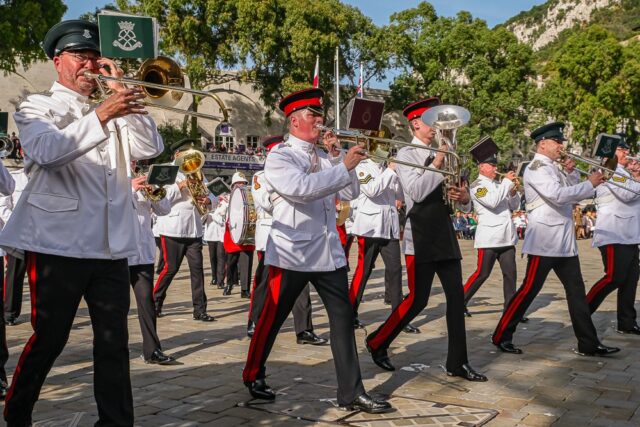 Sir David acknowledged the toll the pandemic has had on the local community and remembered all those people Gibraltar had lost over the past few months.

“It has not been a year without great suffering and I remember in particular the 94 Gibraltarians who we have lost, and the families who grieve them,” he said.

He went on to express hope for the future of his time on the Rock.

“My foremost priority was to get very close to the community of Gibraltar and, to a certain degree, that has been thwarted by the pandemic restrictions, but that is changing, as is clear by the fact that we can gather together tonight,” he said.

“Through the support provided by the United Kingdom, Gibraltar emerges from the Pandemic as a beacon to the world, indicating that we can overcome this awfulness.”

“As the tourists return, the restaurants open, and the official sea bathing time is nearly upon us, we can look forward with renewed hope, and a sense that once again Gibraltar has overcome tragedy, ready to build back even better than before.”

The Queen’s Birthday Parade yesterday saw the Governor, the Chief Minister Fabian Picardo along with the ministers within his cabinet, Commander of British Forces Gibraltar Commodore Steve Dainton and members of the Opposition in attendance. 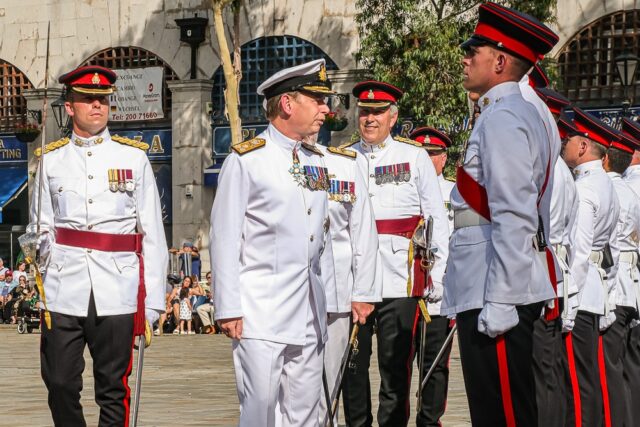 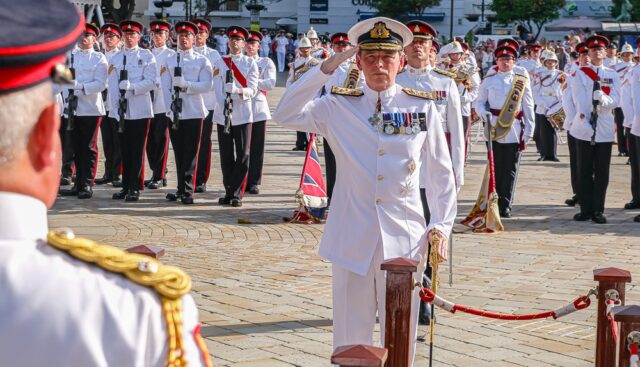 The occasion saw the combined bands of the Royal Yeomanry and the Royal Gibraltar Regiment playing for a large part of the parade.

Sir David inspected the troops, followed by the Colours and the Saluting Battery marching around the square.

A 21-Gun Salute took place to mark the occasion.

The parade was followed by the Queen’s Birthday Reception – the Garden Party, is it is better known – during which Sir David address those in attendance to mark what he described as a “very special evening.”

“They are remarkable people, learning about themselves through the opportunities that the Duke of Edinburgh wished to provide for the younger generation,” Sir David said.

“While this is not the only organisation providing such opportunities for the young here in Gibraltar, it stands out as an organisation to be immensely proud of, and I hope that you will continue to support their efforts in any way you can.”

Sir David thanked everyone for their support over the last year and for celebrating the life of the Queen.

Campaigners field questions on live debate ahead of abortion referendum