The quick-thinking actions of the Alameda Wildlife Conservation Park’s head keeper Steve Bryant has potentially saved the life of the animals after their enclosures were ravaged by a storm.

Resident snakes Duke and Charley, the entire population of its fruit bat population, marmosets and ring-tailed lemurs were all at risk.

With Storm Philomena battering the Rock for three days solid the staff at the wildlife park lost their battle to keep the animals warm and safe when the deluge of rain that poured down shorted out the electrics.

This meant some reptiles and animals were left without much needed heat as they are exotic creatures.

But now the Park is in need of funding as the refurbishment is expected to cost 2,000 to 3,000 pounds.

During the storm Mr Bryant had sourced extension leads and set about bringing the power back to six enclosures that were affected.

“The rain exposed a lot of issues with our aging roofs on some of these buildings. We are ten years into the new refurbishment and ten years means they have lasted well but now is the time that we need to sort the problems out,” he said.

“A lot of our enclosures are heated houses as the species depend on that and without that extra warmth they won’t fair very well.” 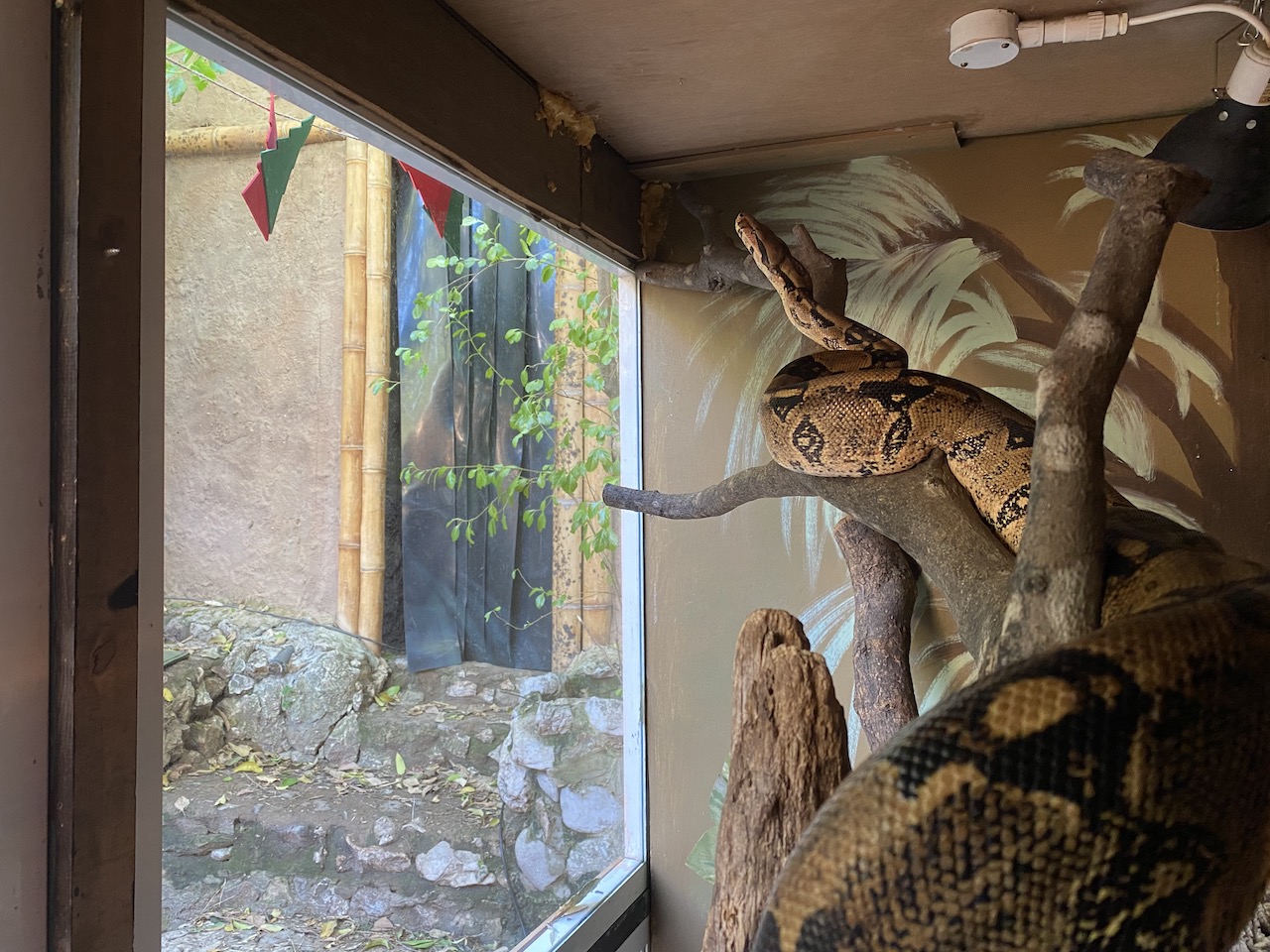 Mr Bryant was speaking to the Chronicle from Charley the red tailed boa constructors enclosure where he had been nailing down tarpaulin onto the roof in a bid to mitigate any damage further expected rains might bring.

“When I came in I found five houses without heating,” he recalled.

“The rain was so intense it has got in and tripped out these important electrical systems.”

“The electrics are fine they are all good and upgraded. It is the roofs. Water and electrics obviously do not work”

Charley would normally have three heat lamps in his enclosure but at present he has one. Mr Bryant said while it is not ideal Charley will be fine.

“If he hasn’t got that warmth it is a problem for him. His health is ok but if there came a point where I was struggling to get things done where I would have brought him up to our heated area up at the top of the zoo. I would have done the same for the marmosets as well,” he said. 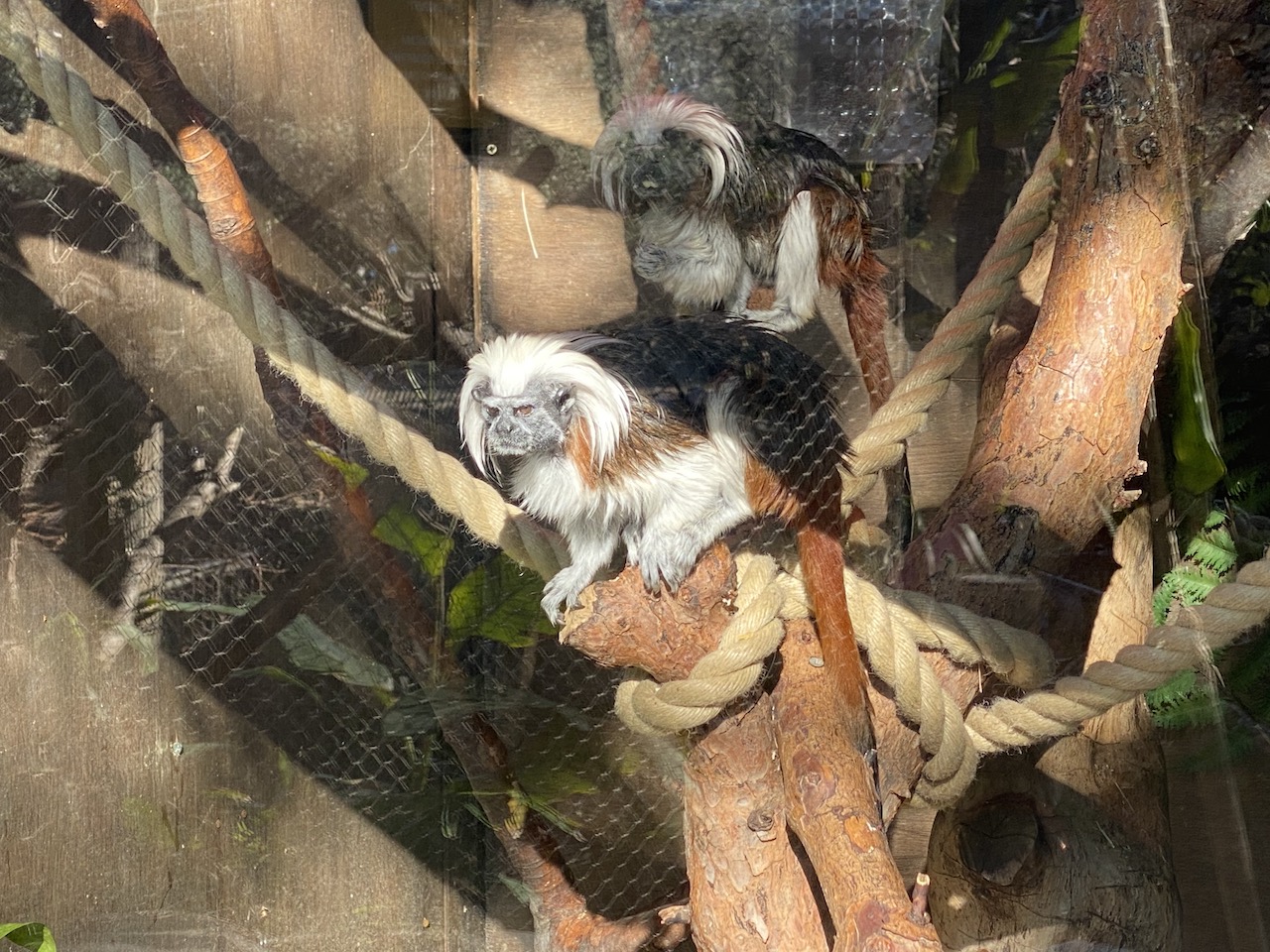 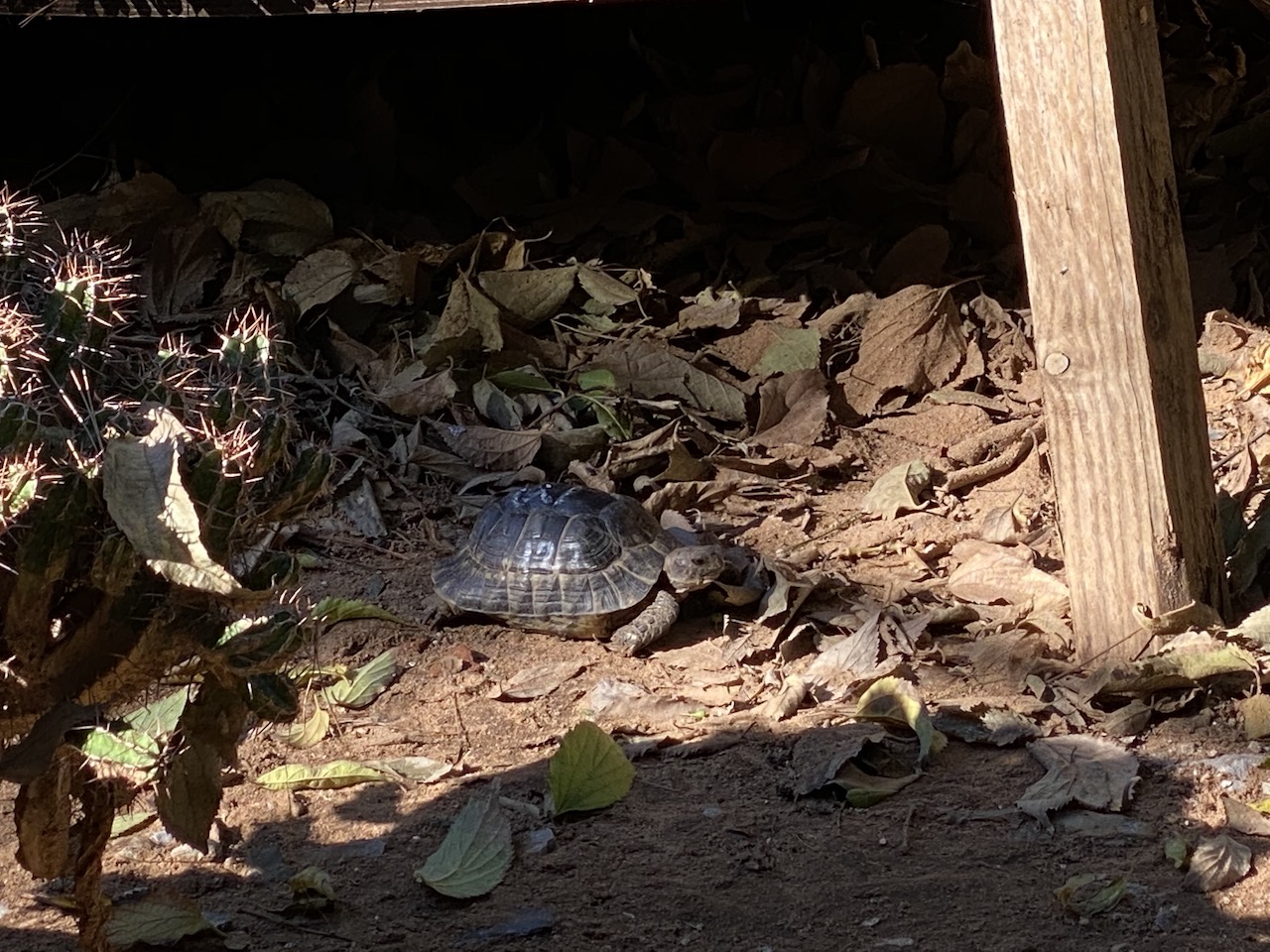 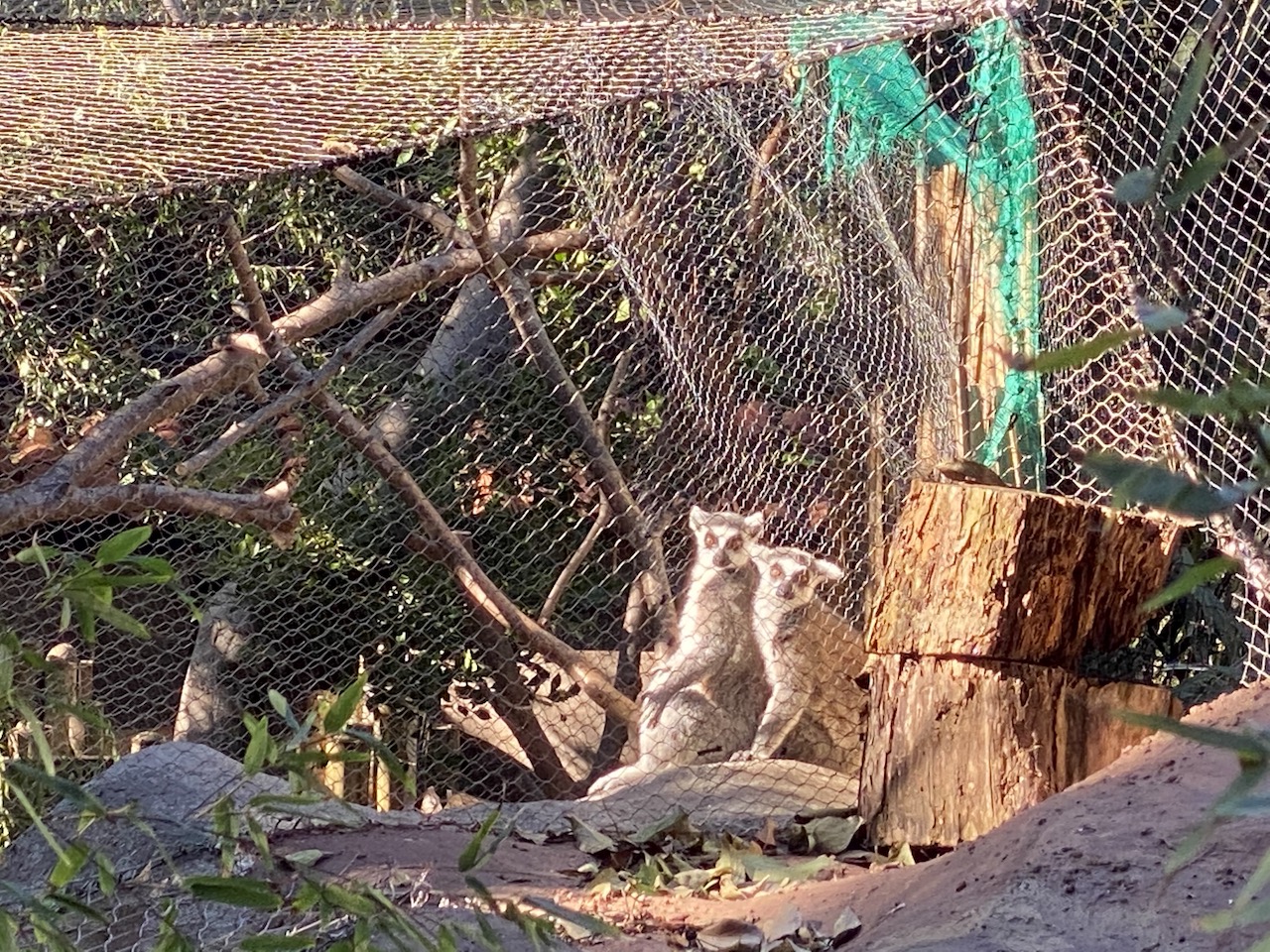 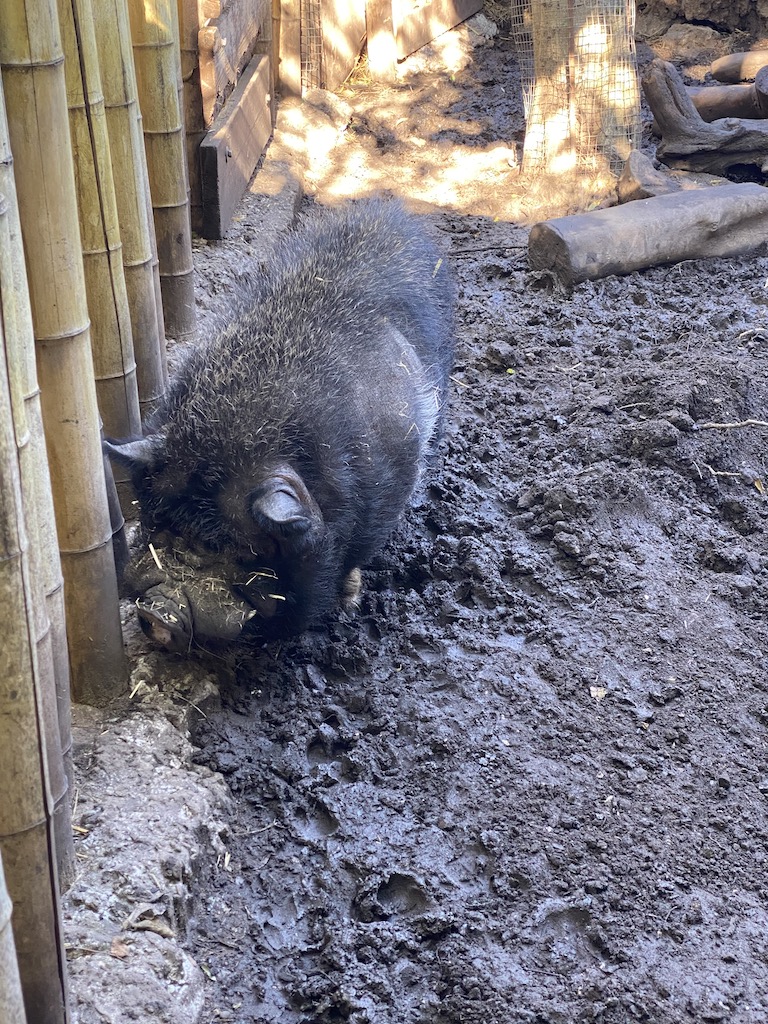 Mr Bryant described the running between all the enclosures with extension leads, plugging them into working power points while worrying about the species he cares for as “frightening”.

He added that while each year Gibraltar does get rain it was an exceptional amount of rain and this exposed the areas where they needed maintenance or replacement.

The enclosure that is home to a group of fruit bats with the males on one side and females on the other was the house with the largest problem Mr Bryant explained. 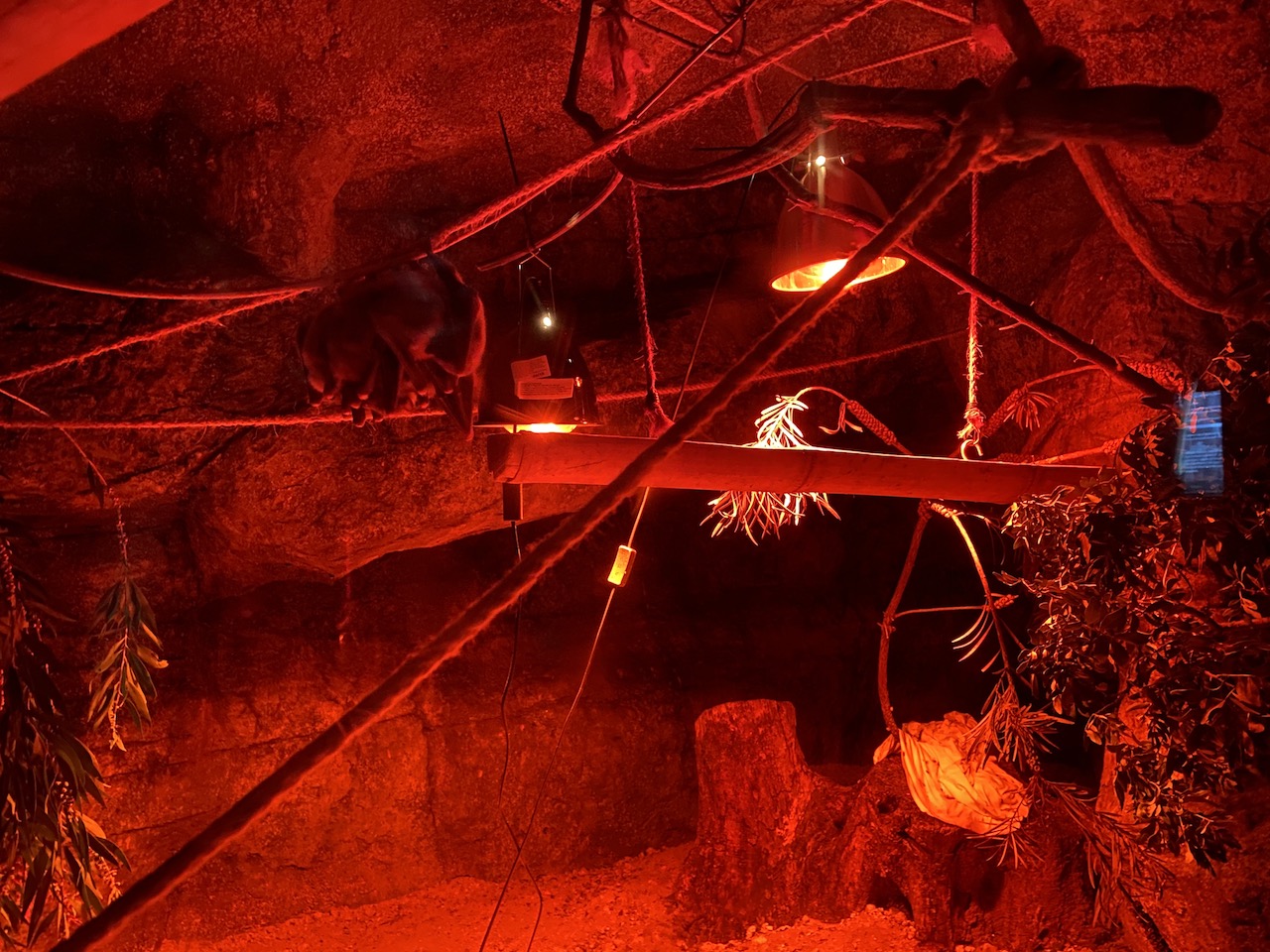 Fruit bats are a sub-tropical species and they do not hibernate, so they need heat constantly.

“The good thing about them is that they are a species that will huddle together so they can keep that body warmth,” said Mr Bryant.

“But, again I frantically got these extensions in to make sure they have enough heat.”

At present, the male side of the enclosure has both heat and red lights, the females have heat with his sufficient for them to stay warm and healthy.

Also affected where the tropical ring-tailed lemurs. While they enjoy being out of their house in their enclosure, they needed the warmth and safety of their home during the rains.

“The marmosets were also affected but I reroofed their house about two years ago so there was no water getting in there which is a feather in my cap,” said the head keeper. 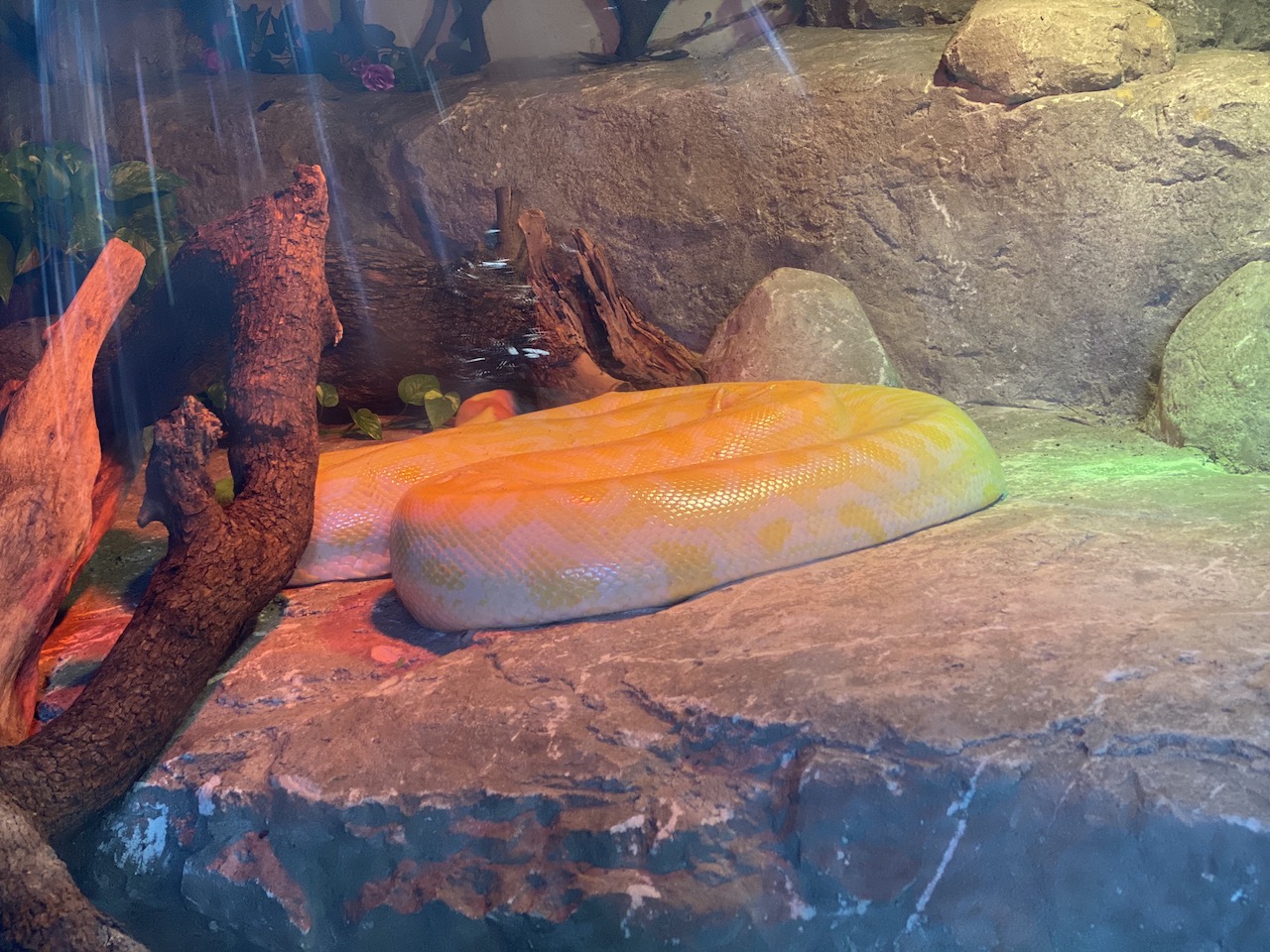 Duke, an albino Burmese python, also had his enclosure affected.

“Duke, Charley and the fruit bats are in desperate need of new roofs,” said Mr Bryant who estimated the works to cost anything between 2,000 to 3,000 pounds.

He guessed that with four people on the job all the roofs could be replaced in a week.

“That will mean all the animals will be safe and that is the important thing,” he said.

“But, also the staff are on my mind. I worry about my staff. I’m telling them we have an electric cable here be mindful and don’t trip over it and that sort of thing.” 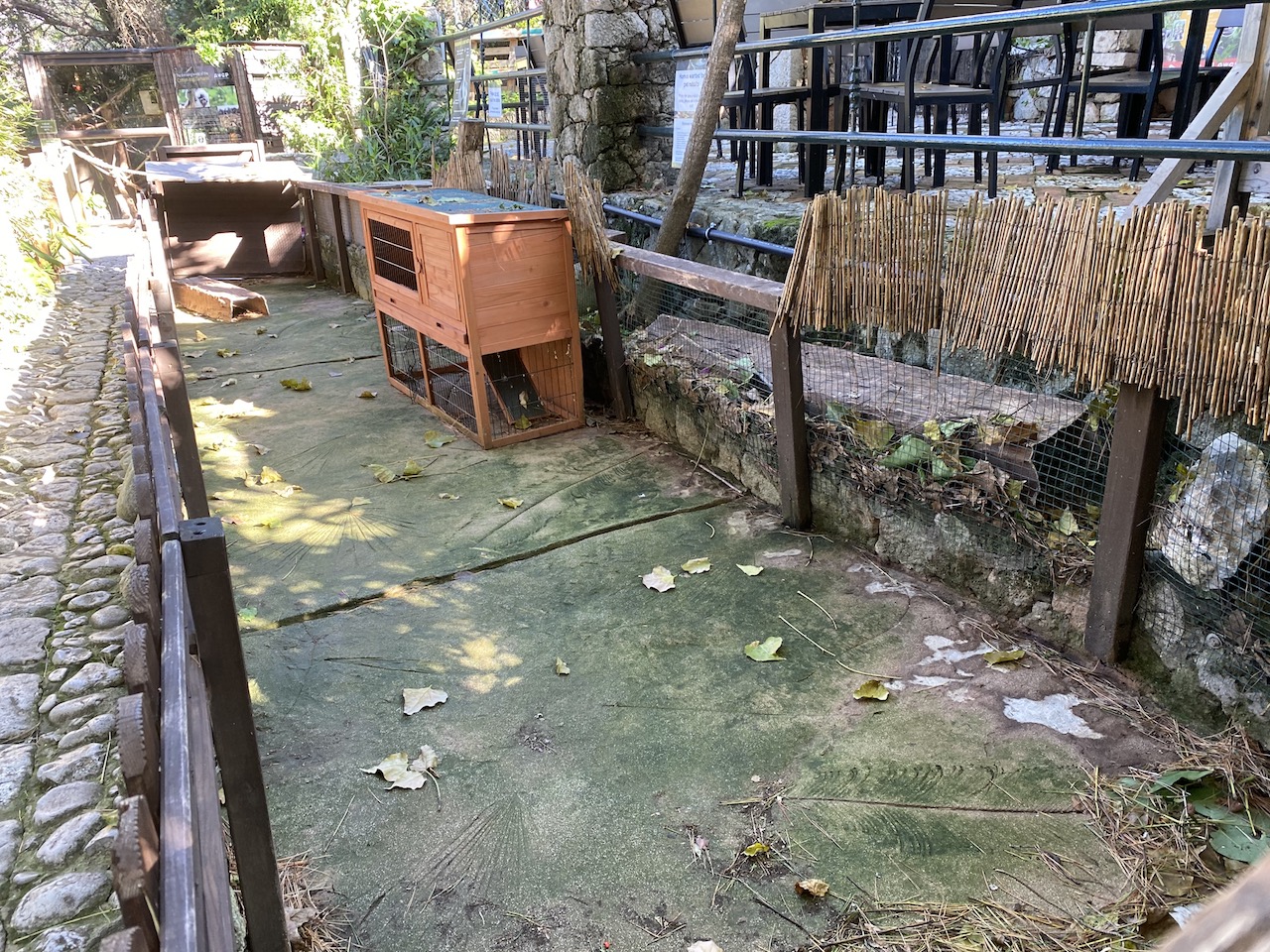 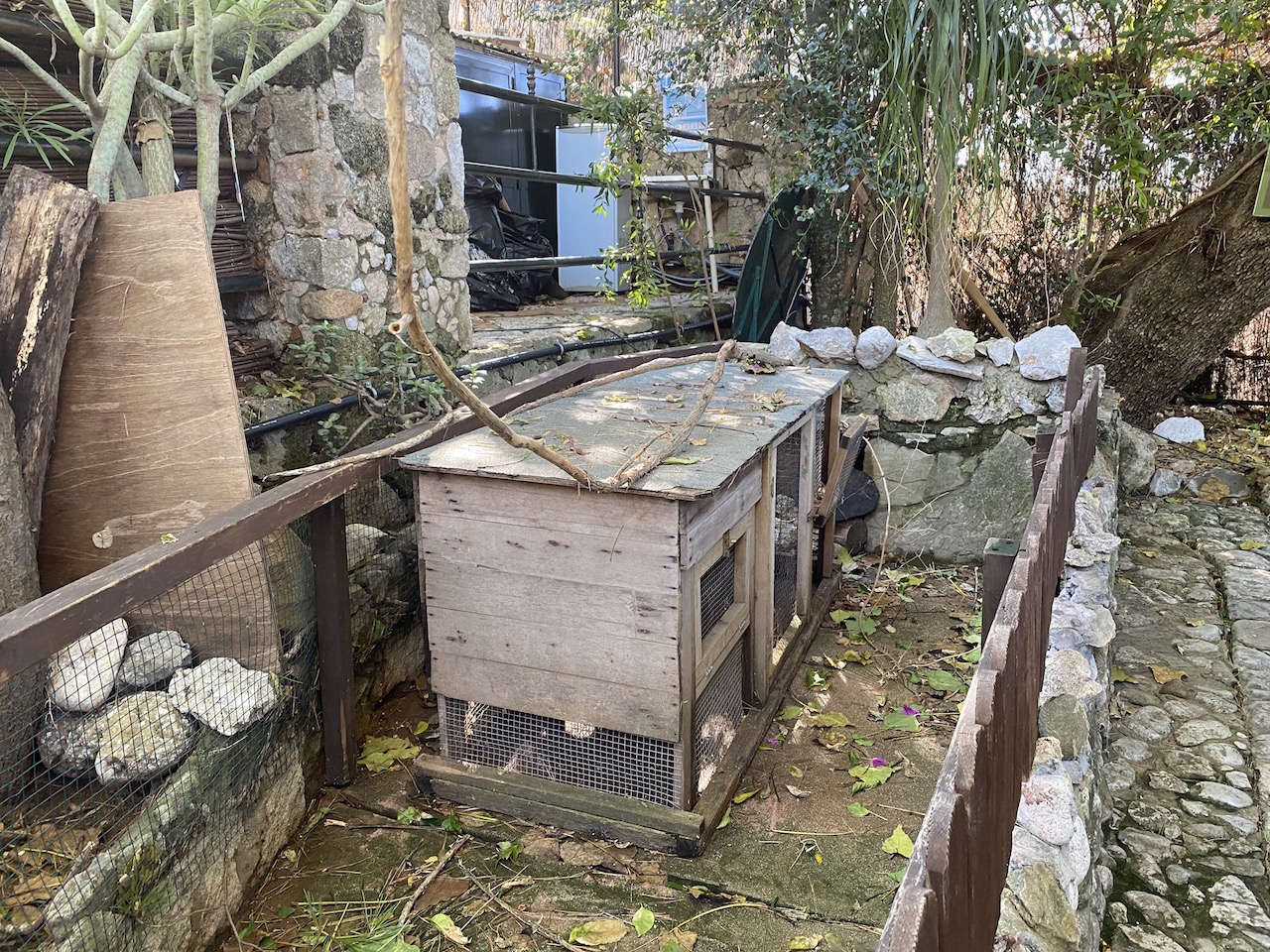 Between the stress and concern of the animals and staff as well as the pressure to make sure everyone was safe Mr Bryant had two sleepless nights.

“You are hearing that rain and you are thinking, ‘what is happening here?’ but as luck had it we managed to sort it out and the rain stopped,” he said.

“I think if it hadn’t and it had kept going I think we probably we would have been out of a lot more electrics.”

He also noted that that could result in the loss of one of the wildlife park’s creatures.

“Obviously when we are not here that is when it [losing a creature] can happen. When we are here I can get Charley out and put his up there into the heated area. I can get the marmosets out and put them up there where it is warm and safe,” he said.

“But, when you are not here that is when it is the worrying time.”

“So yeah we have overcome but we are really pushing now to get the funding to get these sorted out because we haven’t even started the rains yet.” 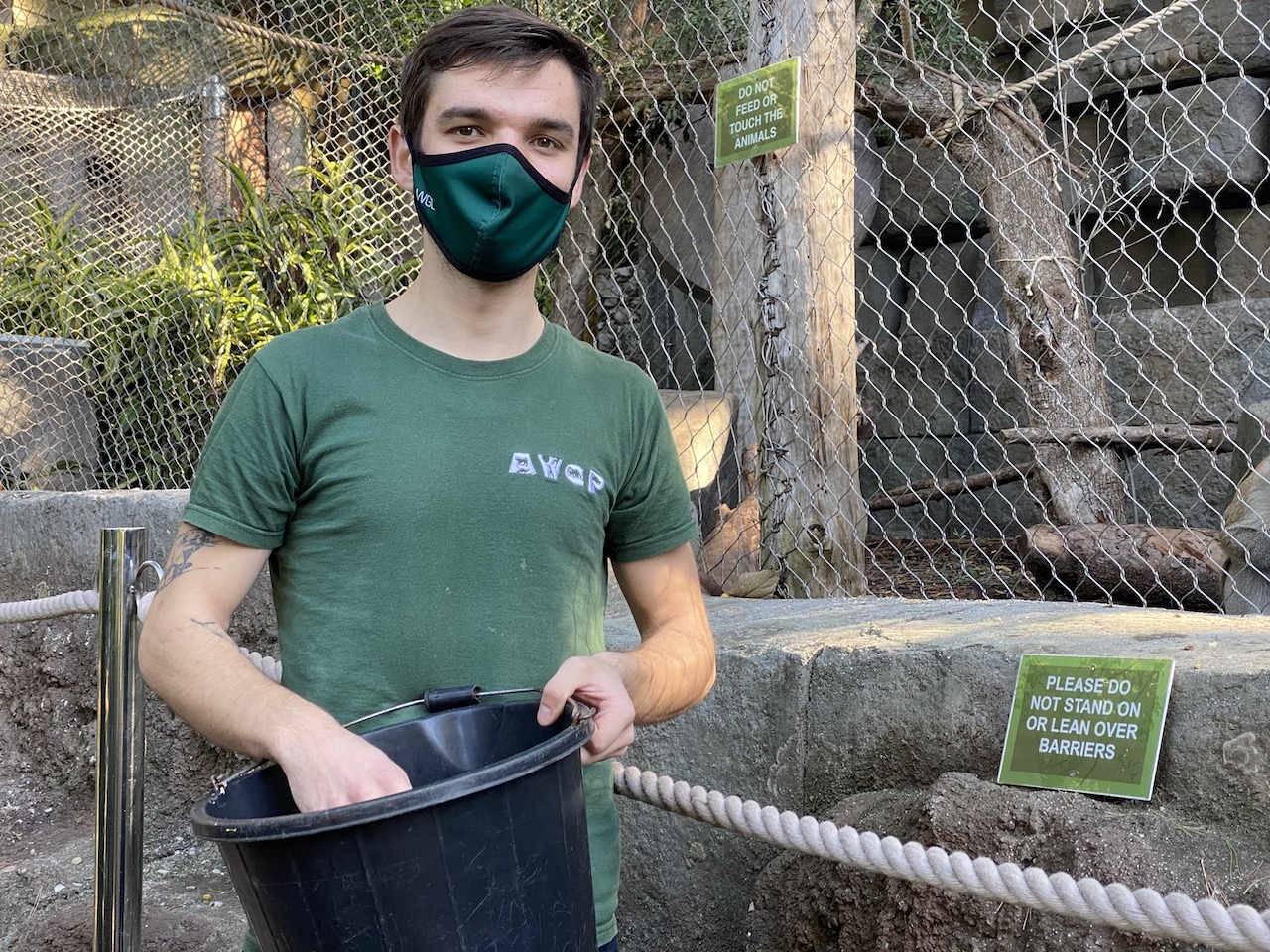 Mike Paricos, is a small mammal keeper at the park but also helps out with the primates. He too was working the during the days of the recent rains.

“I can’t say it was fun. I was sorry for the animals more than anything as obviously it is not pleasant for them,” he said.

He was mindful that during the stressful time that he could not afford to be stressed as that in turn affects the animals and makes them stressed.

“As unpleasant as it was we were just glad to not have any causalities. Everyone was fine in the end,” he said.

Aside from the animals that were affected by the power cut some of the other animals were able to seek shelter in their homes. All but one took advantage of that, Jolly the Barbary Macaque.

“Jolly is an old girl and she was our main concern during all this rain,” said Mr Paricos.

“She is 27 or 28 year old and she was such a concern for us. She refused to go into the shelter which was not nice to see and we were all worried about her but she is very resilient.” 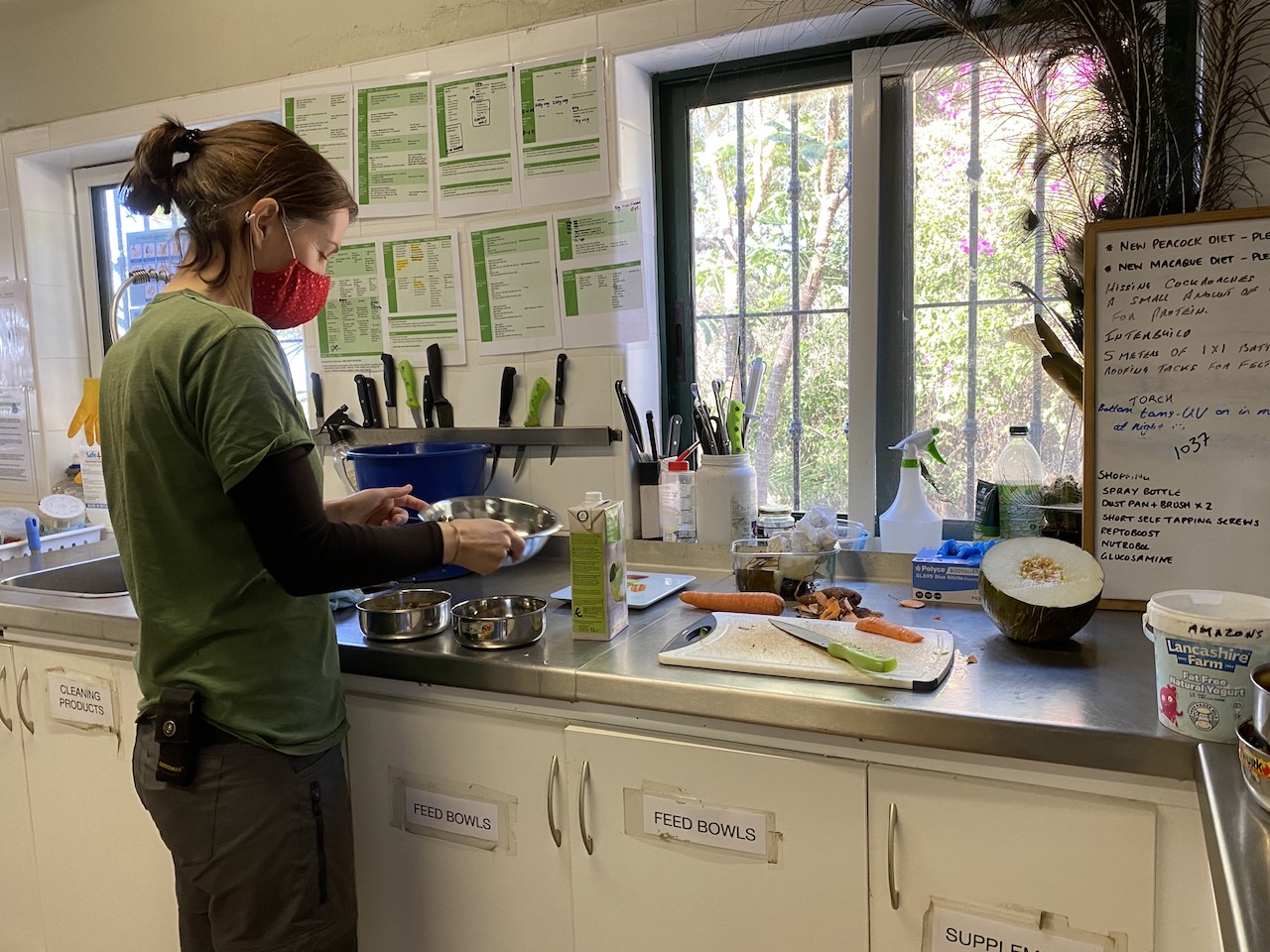 Nicola Campbell, is a primate keeper, and was on duty for the clean-up operation after the rains.

“When I came in the clean-up began and it was really bad,” she said

“Obviously all the electrics had gone so our head keeper was trying to make sure they had heat. But, in terms of enclosures there was a lot of debris, a lot flooding.”

“I can probably say today [Thursday] is the first day that I can safely say this storm has been cleaned up now.”

She said it was a slow process as there is not the usual number of interns or volunteers because of the lockdown. They had to empty out each enclosure, clean it and re do bedding where necessary, a process that take time.

The Wildlife Park is faring better this lockdown than last as they have more staff.

“Last time it was just two of us on each day. Absolutely exhausting as it’s at least a 3-4 person job tending to the animal’s needs,” said Jess Leaper manager of the Alameda Wildlife Conservation Park.

“We have obviously lost a lot of income last year. We made up a bit with online auctions and Halloween tours, but the basic income that keeps us afloat is a fraction of its usual level,” she explained concerned about expenses such as the need for new roofs on some of the enclosures.

At present they are surviving on the earnings of 2019.

To donate and help them with funding needs for the roofs go to https://www.awcp.gi/donate?fbclid=IwAR0m3_GStfyRPMVkdD7BWZ2gowcQ8utGbjRZw9HkluDt4hDcIPWcmpqZTRk