Early March is a time of change in Gibraltar. Many of the birds that have spent the winter with us are leaving and new ones are arriving from the south. Many of those reaching us from the south will have crossed the Sahara Desert to get to us. This is, in itself, a monumental crossing: the great desert is a 1,500 km barrier that offers few opportunities for birds to stop and refuel. Some birds may come down in mid-desert to rest in the shade of a rock but they won’t find food or water. It’s a risky business – if your fat reserves are insufficient to let you continue the journey the following night, you may find that you are trapped and doomed. 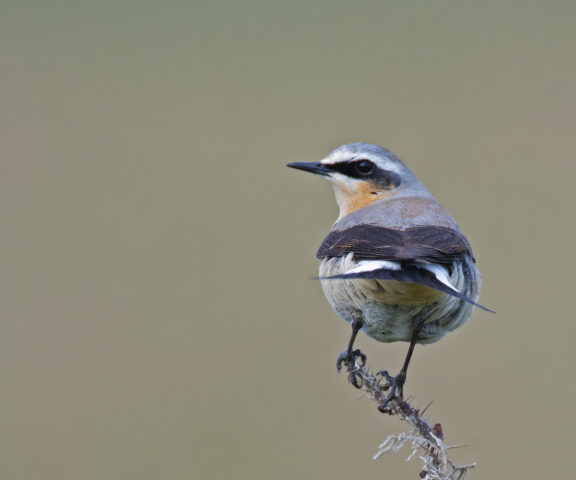 Sure, there are oases in the desert but these are few and far-between. Invariably, oases attract many migratory birds, but they are a miniscule fraction of the millions of birds that simply fly across the desert non-stop. This is why they put on weight in the form of fat reserves. During the trans-desert flight, they burn the fat into fuel, water being a convenient by-product of the chemical reaction. The result is that, on reaching the northern edge of the desert, these birds have to come down to refuel. We are situated not that far from the desert edge so some of these migratory birds come down in Gibraltar and may spend a few days feeding before continuing the journey.

One of the first trans-Saharan migrants to reach us each year is the northern wheatear, a 25 g bird that holds some amazing journey records for its weight class. It is only with the advent of new technologies, particularly small-sized geolocators placed on their backs, that we are learning the detail of these amazing journeys. So, what’s so special about northern wheatears? Several things come to mind when simply looking at a map of where they breed and where they spend the winter.

All northern wheatears spend the winter months in Africa. They are birds of open ground so most occupy a large belt of savannah north of the equator, with some spreading south in eastern Africa as far as northern Zimbabwe. In the west, the rain forest is inhospitable to them. If we look at the breeding distribution, we find that these birds occupy a huge area of the northern hemisphere, starting in north-eastern Canada, Greenland and Iceland, right across Eurasia to the Bering Strait, and into Alaska. All these birds migrate to and from tropical Africa! 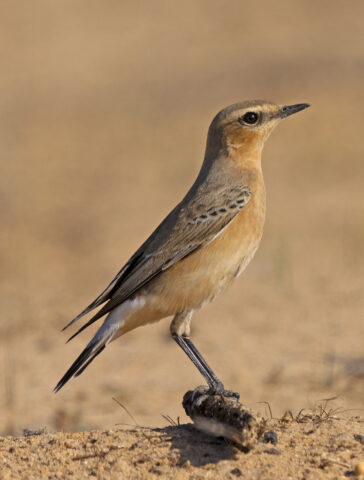 So what riddles are the geolocators resolving? How does a northern wheatear get from Alaska to tropical Africa when it could undertake a shorter journey to the American tropics? Well, they simply fly right across the Eurasian continent, a one-way journey of 14,600 km (remember this is a 25 g bird); it takes them from Sudan, Uganda and Kenya, across the Arabian Desert, Kazakhstan and northern Russia, across the Bering Strait and into Alaska. On the way south it takes them 91 days to complete the journey but the trip is a month faster in the spring! This is the longest migration of any northern wheatear but our birds, in the west, are also very special.

Many of the birds that stop in Gibraltar are heading for north-west Europe, including the British Isles; some Scandinavian birds also stop here on their way to Norway, Sweden and Finland. But the really special ones come a bit later, towards the end of April. These are much larger than other northern wheatears, in the 30-35 g body mass range. Their wings are longer and more-pointed too: 102-105 mm versus 93-99 mm in other populations. They belong to the race known as Greenland wheatear.

You will have guessed by now that some of our birds are heading for Greenland, however remote that might seem. In fact, they are going there but also to Iceland and even north-eastern Canada! Now, the distances are shorter than the journeys accomplished by the Alaskan birds, but I would argue that our birds have a much tougher journey ahead. They are coming from the western end of the winter range, from southern Mauritania, Mali, Senegal; once here, they have already notched up some miles on the clock. So, they fly north from here to the British Isles but then they have to cross the North Atlantic. Maybe you can stop in Iceland but you still have a lot of Atlantic Ocean to fly over. One bird flew from Baffin Island in Canada directly to the British Isles, on its way back south, a distance of 3,400 km, and it did it in four days of non-stop flying over the ocean! That’s 850 km per day. It makes the Saharan crossing look easy in comparison. This particular bird then flew another 4,000 km through Europe to reach the coast of Mauritania, where it spent the winter. 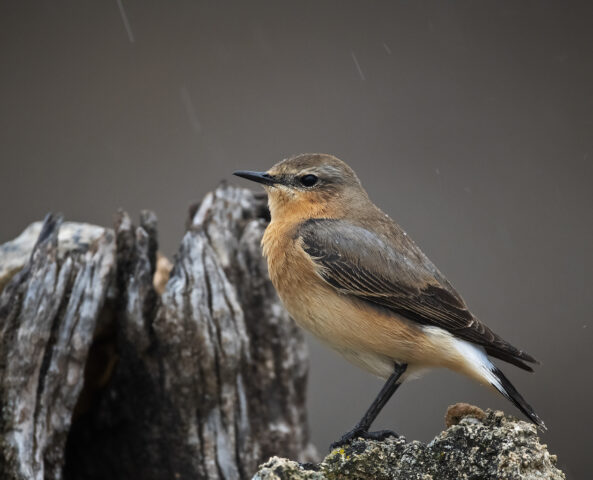 And new research may well confirm an even greater feat of travel. It seems possible that some Greenland wheatears may skip the protocols of crossing the Sahara and Europe and, instead, do a trans-Atlantic flight between West Africa and Canada. Certainly, birds that stop on migration in the Canary Islands and Madeira are either doing precisely this or have been blown well off-course. We may not yet have direct evidence of this potential 4,000-5,000 km non-stop flight over the Atlantic Ocean but computer models suggest that it’s achievable. Let’s be clear, we are talking of a non-stop flight of 4,000–5,000 km, without resting opportunities, between north-eastern Canada and north-western Africa. The models looked at the autumn migration south and found that prevalent wind conditions were favourable for a non-stop migration, especially at high altitudes and when winds at departure were favourable. Researchers found that Greenland wheatears with high fuel loads, flying at altitudes of ~3,000 m, could achieve successful non-stop trans-Atlantic flights. The models showed that these birds could have reached Africa on 62% of departure days. Stunningly, the duration of the successful flights varied between 31 and 68 hours, much less than a conventional crossing. So, here we see that birds face a conflict before crossing: go for a long, “safe”, journey or, instead, adopt a high-risk strategy of crossing over the dangerous ocean with the promise of a quick arrival if you can make it. Let’s see what other surprises these tiny birds have been keeping from us!