Trustees of the British Museum/PA Wire

By Sherna Noah
It turns out that the blight of the disposable cup is nothing new.

An ancient cup, designed to be hurled out with the rubbish, is going on display at the British Museum, demonstrating that, even then, nobody wanted "to do the washing up".

The 3,500 year-old, single-use vessel, which once contained wine rather than coffee, was made by the Minoans, one of the first advanced civilisations in Europe.

Thousands of the handleless, conical clay cups have been discovered on archeological sites on the island of Crete and at the palace Knossos. 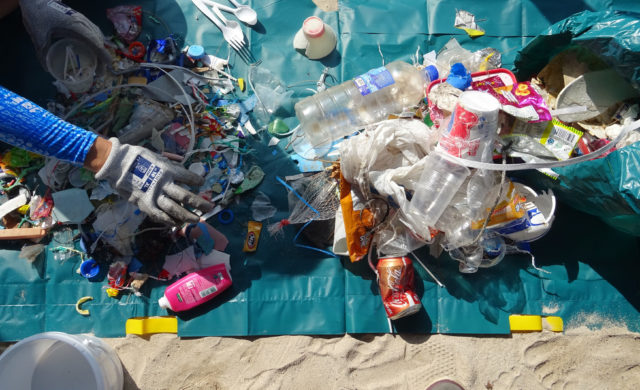 The civilisation is thought to have collapsed after the Minoans rapidly exhausted resources on the small island and because of a then "natural fluctuation" of climate change.

The cup will go on show at the display "Rubbish And Us" at the British Museum, which has been under pressure over environment-related issues with its sponsorship deal with oil giant BP.

Julia Farley, who is a curator at the British Museum, said: "People may be very surprised to know that disposable, single-use cups are not the invention of our modern consumerist society, but in fact can be traced back thousands of years."

Minoans gathered at the palace for parties, feasts and gatherings such as bull-leaping festivals - a "more risky" version of "hurdles".

Farley told the PA news agency: "The elite were showing off their wealth and status by throwing these great big parties, feasts and festivals. 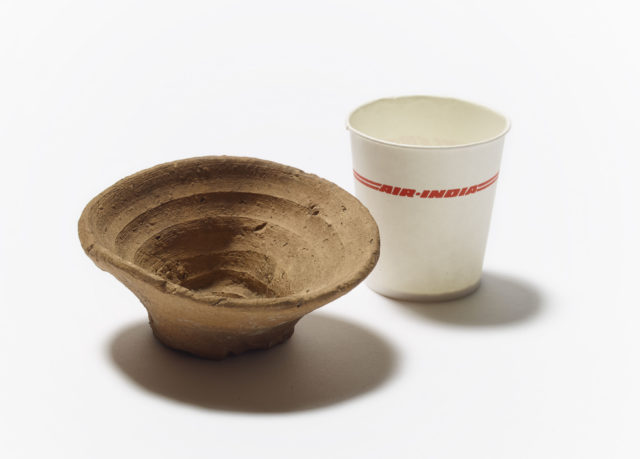 "People were getting together in large groups and much like today, nobody wants to do the washing up."

As well as being convenient, the cup was a means of showing off wealth because of all the resources "poured into making it".

Farley said she hoped the display would make visitors think creatively about reducing waste, instead of just feeling guilty.

"Human beings have always produced rubbish. Making some rubbish is an unavoidable by-product of being human. 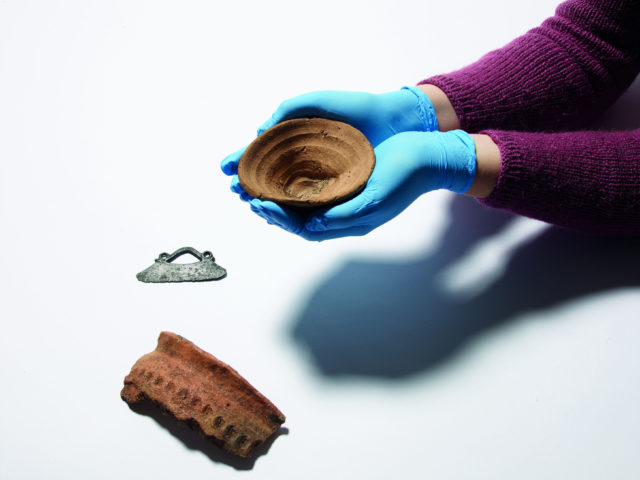 "We are tool-using animals. We wear clothes. Nothing lasts forever. It's in the very nature of our existence that we make rubbish."

But she said: "This is a sobering message about scale and consumption and I think we need to find that balance, which humans have never been very good at finding."

The ancient object will be shown alongside a waxed paper cup from the early 1990s - made at around the same time modern disposable cups were taking off, in The Asahi Shimbun Displays Disposable? Rubbish And Us.

Other objects will include a yellow fishing basket made from plastic wrapping and photographs from across the Pacific, showing the extent of the plastic problem.
Farley said: "We have thousands of these Minoan, disposable cups and that's a lot. 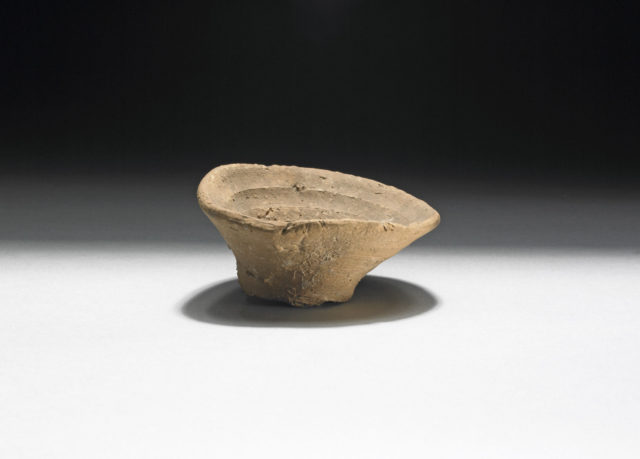 "But today we are making over 300 billion papers cups globally every year.

"The Minoan civilisation is tiny compared to the global consumerist economy that we have now.

"Now we are doing what human beings have always done but we are doing it on an unprecedented scale with materials that are going to take hundreds, if not thousands of years, to biodegrade.

"We think of ancient people being in touch with their environment but if you cut down trees to make charcoal and burn it to fire clay that's releasing a lot of carbon dioxide."

British Museum director Hartwig Fischer said: "We hope that this display will make people think about their relationship with rubbish, then, now and in the future."

The Museum said it is "striving to lessen its environmental impact", with all waste being either recycled or burned and converted to electricity. 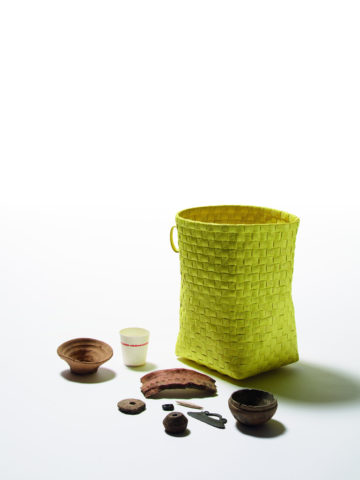 Over 90% of the display materials, such as plinths and cases, in Rubbish And US have been repurposed and recycled from the British Museum's Manga exhibition.

The Asahi Shimbun Displays Disposable? Rubbish And Us opens on December 19, 2019 and runs until February 23, 2020 at the British Museum.
(PA)