Andy Warhol screenprints of Beethoven to go under the hammer

A set of screenprints of Ludwig van Beethoven by Andy Warhol is set to go under the hammer to mark the 250th anniversary of the composer's birth. 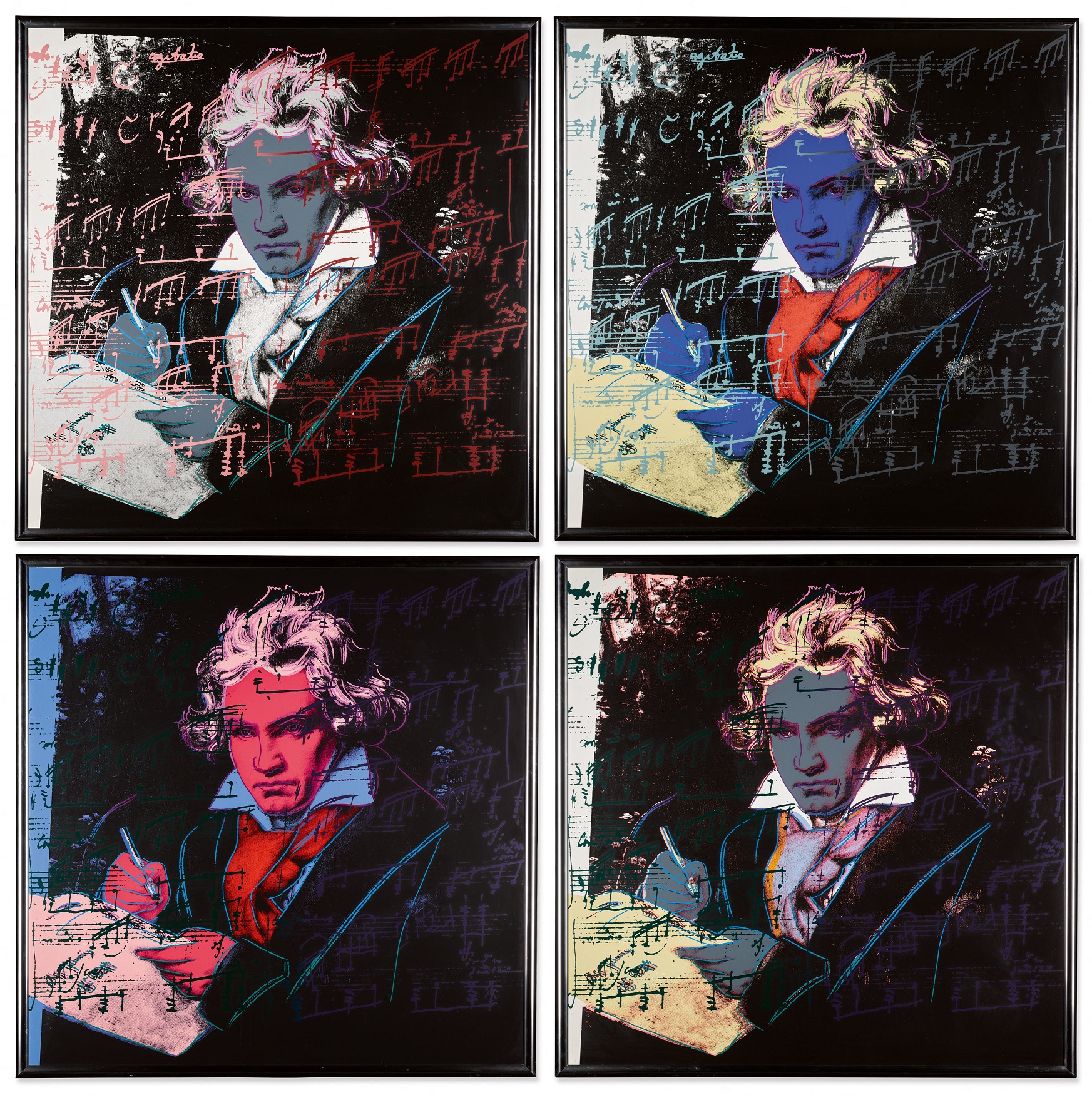 The prints, in the trademark repetitive style of the pop artist, feature block colours against a black background in different combinations.

They were created by Warhol in 1987, the year he died.

Severine Nackers, head of Sotheby's prints department in London, said: "Complete sets of Warhol's portraits of Beethoven hardly ever come up for auction and are highly desirable, so we are thrilled to have the opportunity in this anniversary year of Beethoven's birth to showcase all four works together.

"Just as Beethoven was a towering figure during his lifetime, immortalised ever since through his music, Warhol's iconic image-making process bestows the composer with rock star status."

Warhol transformed a portrait of the composer by Karl Stieler to create the four screenprints and superimposed notes from one of Beethoven's most famous compositions, Piano Sonata No 14, better known as the Moonlight Sonata.