Angela Traverso was recently crowned Mrs Gibraltar Classic in a Disco themed show at in the Ince’s Hall Theatre.

The show opened with ‘The Lady Kru’ and Yalta Dance Studio dancers, together with the 10 contestants all dressed in gold coloured outfits.

They were joined on the stage by the then reigning Mrs Gibraltar Classic 2021 Jaqui Ribeiro, opening the show to a very excited audience.

Presenting were Angel Ressa and Mark Andrades. They welcomed everyone and introduced the five judges, and the adjudicator.

The judges included Mayte Garcia is a Social Graduate from San Roque who has important ethical, social and environmental responsibilities, as well as a passion for fashion from a very young age and is involved with the fashion industry for over twenty years.

Judge No 2 was Victor Lobon Ruiz, hair stylist from Spain who has worked in the industry for over 15 years, he has been always involved within show business and fashion designs and is owner of the brand Lobon Corbatas Panuelos.

Judge No 3 was Britta Weirser, the Director of sales and marketing at the Sunborn yacht hotel in Gibraltar.

Judge No 4 was Rose Robba owner of Mystique Rose Couture a National Designer, and Judge No 5 and Chairperson was Marie Angeles Franco, who has been in the beauty industry for over 15 years.
The Adjudicator was Stephanie Ballester.
The first act of the show was a young singer, Jaydine Baglietto singing Grease is the Word.

The ladies then came out for the Women Empowered routine, essentially the catwalk routine.

The contestants wore a two piece sparkly outfit and next up, the presenters spoke about the organisations Wellness Program and called up on stage Bianca Yeo who had been the Contestants Wellness coach throughout their journey. 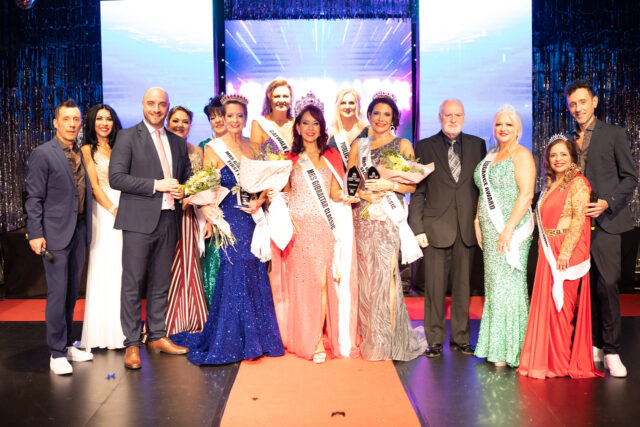 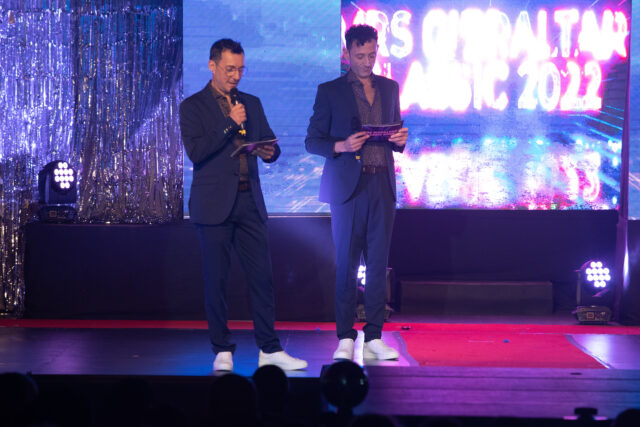 The next act was a singer in drag using the stage name of The Lady Kru, real name Keiron Lynch, who sang live and entertained the audience with his lively performance to One Night Only.

The final routine of the first part was the Women with a Purpose where the contestants wore black sparkly outfits and were joined by Mrs Gibraltar Classic 2021 1st Princess Palmina Ferrary.

In this round, the interviews were given and the ladies answered to questions that were selected by them enclosed in blank envelopes.

Mrs Gibraltar 2022 Joely Borda assisted the presenters for this round by being the person holding the envelopes for the contestants to choose from.

The second part of the show saw the 10 contestants come onto the stage one by one in their evening gowns, and later Mrs Gibraltar Classic 2021 gave a farewell speech.

Whilst the judges deliberated, the audience were entertained by Renditions, a quartet of females singing very popular songs of the 80s and 90s.

Shadow minister for Culture, Edwin Reyes was called on stage to hand out the minor prizes. 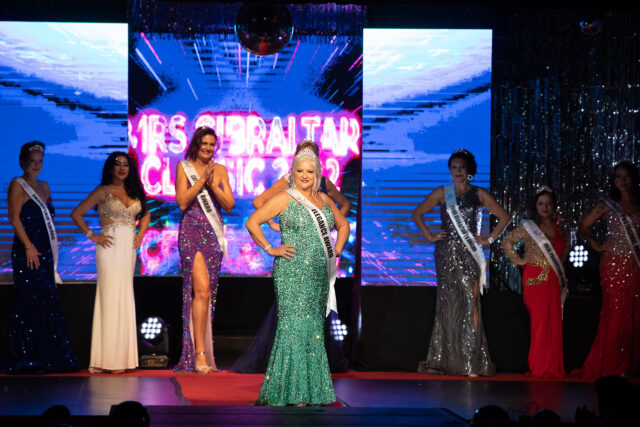 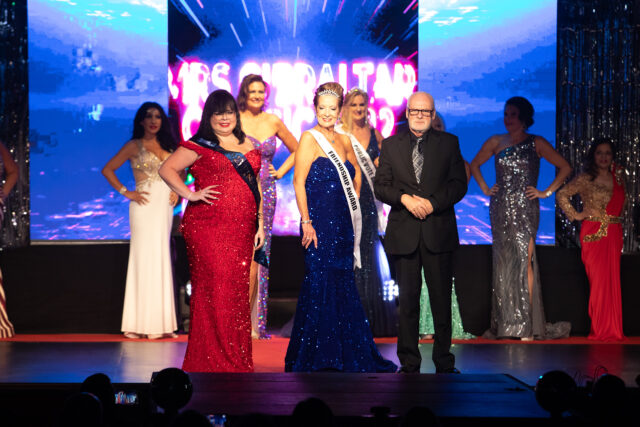 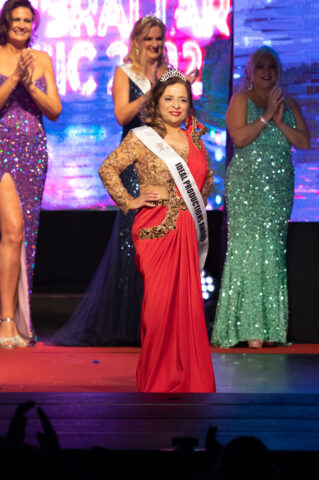 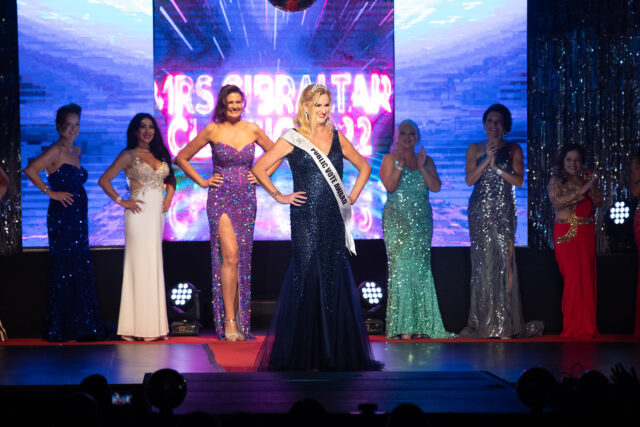 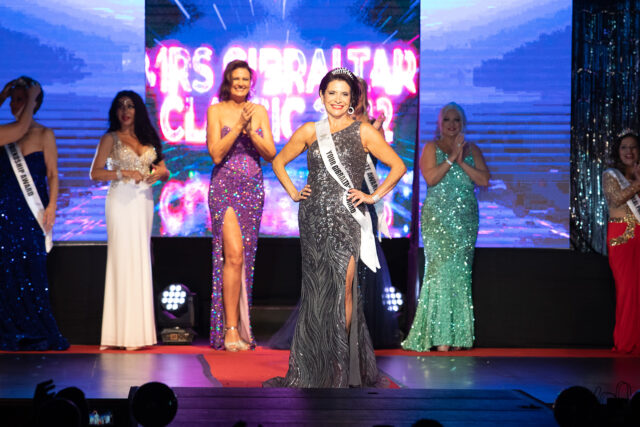 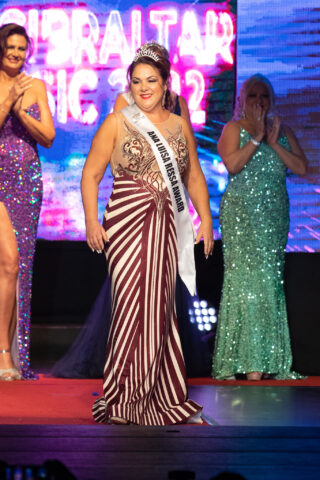 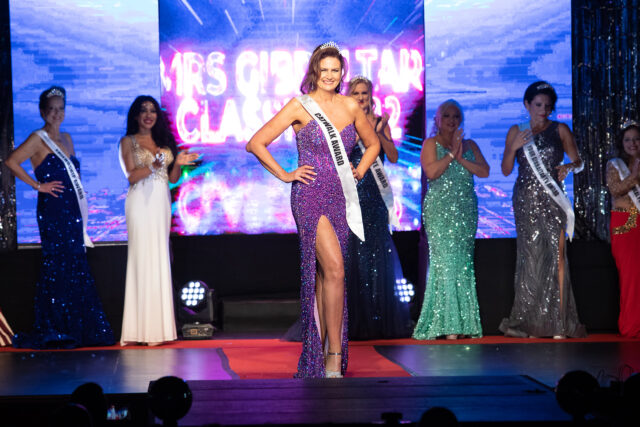 For the Friendship Award Ideal Productions Miss Voluptuous Uk Finalist 2023 - Natalie Wink was called onto the stage to present the award to Isabella Edge.

The Mayor Christian Santos was called on stage to join Mr Reyes when presenting the top awards.