Anglers asked to be vigilant as Razorbill found dead

Officers from the Department of the Environment’s Environmental Protection and Research Unit (EPRU) recently collected a dead Razorbill from one of Gibraltar’s local marinas.

As part of its marine wildlife stranding and response programme, a necropsy was carried out on the animal by veterinary officials from the Gibraltar Veterinary Clinic which revealed that the cause of death was sadly attributed to the ingestion of two jiggers or treble hooks typically used in recreational fishing. 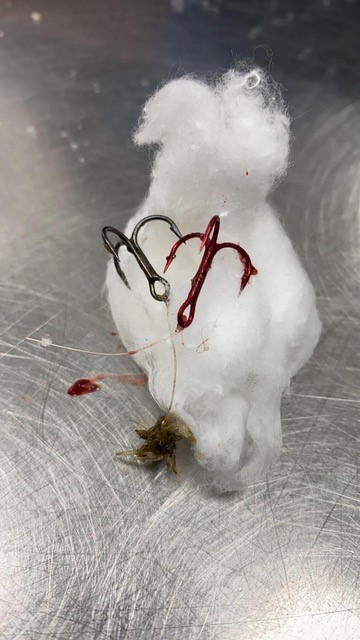 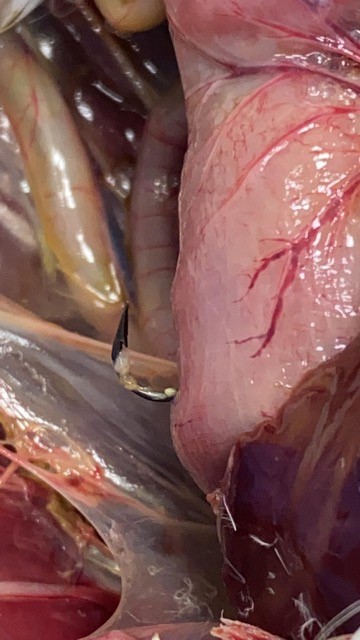 Razorbills are gregarious birds that nest in large colonies and belong to the Auk family. They feed on fish caught by diving from the surface and swimming underwater usually down to 25m depth. Some are even known to have been recorded swimming below 100m.

They are usually seen in Gibraltar during the Winter months and migrate up North to spend the summer breeding in the northern Atlantic coasts including the UK.

“This incident serves to highlight the importance of responsible angling practices especially in the vicinity of seabirds that can be attracted by fishing lures. Some basic recommendations that can be followed include avoiding casting lines near seabirds, keeping bait scraps and discarded baits in a covered location and ensuring that these are disposed only when fishing has stopped,” said a statement from EPRU.

“Anglers are encouraged to be extra vigilant during this time of the year when species such as Razorbills, Cormorants, Northern Gannets and Mediterranean Shags, for example, are frequently seen diving and feeding around our coastline; a spectacle that we are privileged to observe and must continue to protect in British Gibraltar Territorial Waters.”